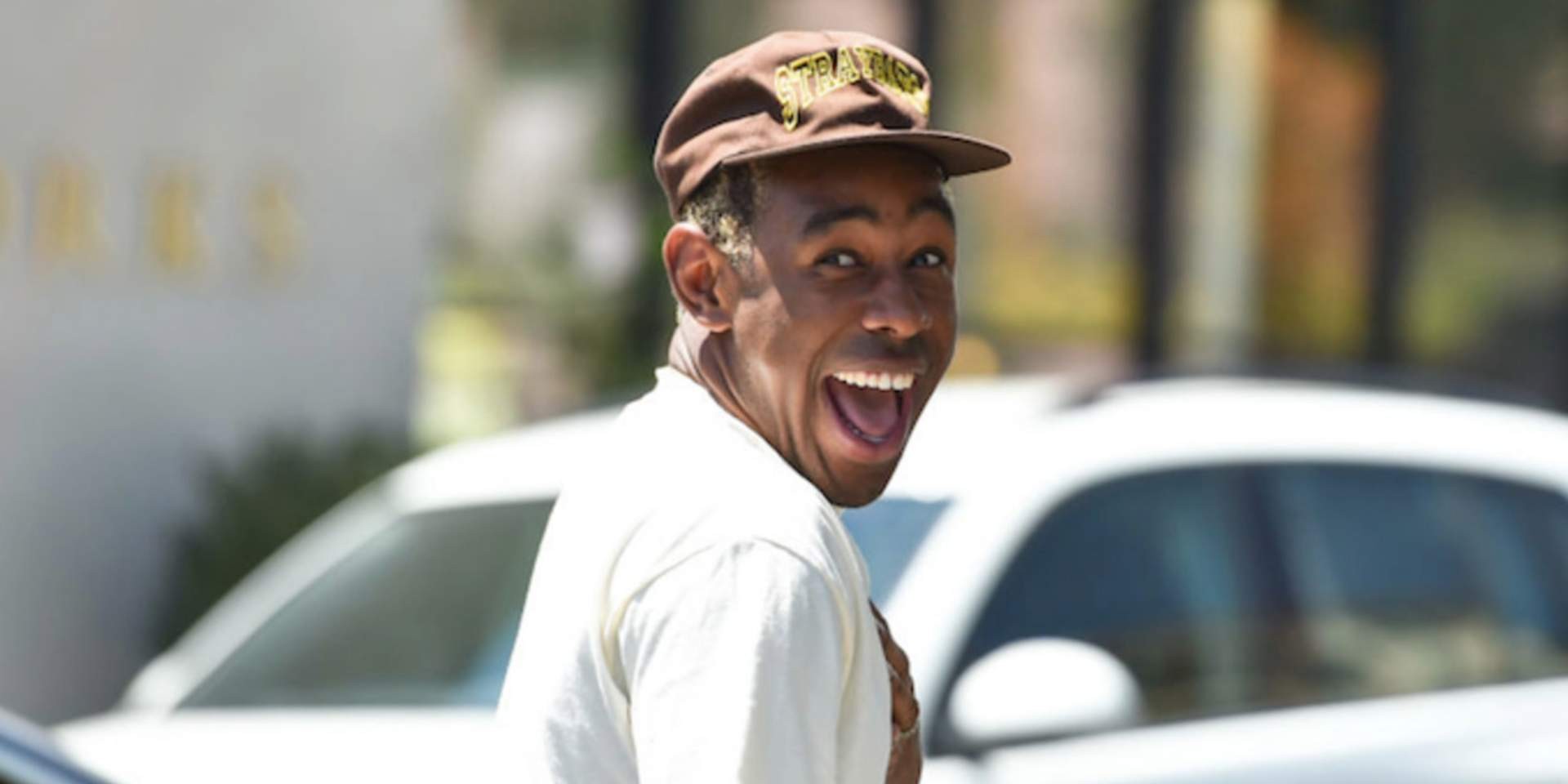 Every once in a while, an artist will experience a moment. It usually coincides with a life-defining, reputation-elevating release that bequeaths upon them and their attendant body of work a rarefied sense of importance and power. Tyler, The Creator is in the midst of this phase now. His recent fifth album IGOR is both a critically and commercially all-time personal best. It’s his first no.1 record and a history-making phenomenon: He's the first solo rapper in history to have a No. 1 album he produced and arranged by himself, with no co-production or co-producer credits at all .

As Tyler enjoys his victory lap, we thought it best to commemorate his earlier work by revisiting his top five features. Because even when he’s a visiting guest, he brings his idiosyncratic best.


This is the chest-thumping, generations-bridging West Coast manifesto in which The Game, a Compton OG, and Tyler, a next-gen California lightning rod, touch fingertips up in the clouds. As far as gangsta rap goes, this is a no-one’s-safe kill fest (Rihanna, Lebron, Lil B and Bruno Mars all take the abuse hurled at them here) with some jaw-dropping flexes that approach the Technicolour OTT-ness of horrocore. The one-two punch of "I suck? Where the fuckin Ring Pops? / You got a better chance of getting a copy of Detox" and "Wolf Gang, we rock, crack rock and that shit was expected / Like Jayceon whenever he name-drop", is hilarious, even now.
Revisit the last line: He calls out The Game on his own song. It's all jokes but that doesn't make it any less of a perfectly Tyler thing to do.


"This is for the critics, who doubted the chemistry / Two different worlds, same symmetry" – Pusha T is right to talk about worlds coming together here. On one hand, two of gangsta and hipster rap's best mouthpieces show up in their tough-talking, fiery, undiluted best. Over one of the hardest beats by The Neptunes to ever batter your eardurms, Pusha goes as hard as he's wont to do, mingling drug-dealer flexes with threats promising grievous bodily harm. Tyler more-than-keenly joins in the fray, too, but his proclamations of violence are way more bizarre and unpredictable. His two-verse contribution is reflexive, prurient and hilarious and is a magnificently R rated showcase of his wordplay and imagination. And with the benefit of hindsight, the line, "I'm a fucking walking paradox", seems remarkably prophetic.


‘Biking’ is significant in the Tyler canon for two main reasons. For one, it’s the first and only time he has featured with Jay Z on a song. By the time it was in released in 2017, Tyler had already been an upper-echelon proposition for a number of years but sharing a credit with one of rap’s most esteemed and formidable figures is an honour unto itself.
Then, there’s sheer soul of the song. Frank Ocean has become synonymous with contemplative, transcendentally emotive music – a lane that Tyler can likewise claim – and though he’s the lead, here, Tyler turns in performance that is impeccably on-brand yet poignantly powerful. In a song about life’s cyclical essence, he invokes both his empire and some deceptively random pop cultural touchstones that testify to the multi-dimensional nature of his verse. He's also the only artist here who exudes a casually brilliant air. That's not a knock to Jay and Frank but an acknowledgement of Tyler's overarching charms. Every rapper uses double entendres but when they're fired off by Tyler, they signify how vast the possibilities of rap are.

There is no headroom in this serpentine take-no-prisoners track. Earl and Tyler are two different types of rappers – the former favours dense prose that is overwhelmingly detailed and harrowingly confessional while the former traditionally opts for a streamlined, punchline-heavy style. Both are absolutely brutal on this song, both ably and amply live to their early-period shock rap propensities (the song was released in 2013 by Tyler shouts out 2008 and 2010). But it's Earl who does a better job of it here – Tyler's ad-lib-heavy verse is almost an acknowledgement of that.

Where Tyler makes a powerful mark is in the production. Reflecting its brutal lyrical convoy, he bequeaths it with a hard-slapping boom bap foundation, accented with churning synths, compressed to draw out their tinny, ringing thrust, pounding low-end and eerily plinking keys.

Kali Uchis’ compositionally dazzling honey-drenched empowerment anthem, besides shooting liquid lightning through your veins, features Tyler at his most collected and love-ready.

His verse has talk of flowers and sex. “I'm the hottest flower boy / That popped up on the scene”, is far removed from the brags of his younger days. But it’s not box-ticking “mature” fare, either. Besides knowingly referencing his excellent forth album Flower Boy, it’s got the tongue-in-cheek verve that he’s come to exhibit in appearances and talk show interviews.

“Sun is beaming on me like headlights beaming on Bambi / Now let's pretend the street is the room / And you are a Camry, 'cause you drive me candy /The Tito to my Randy, now let's produce some thrillers /My chocolate wit' yo' vanilla, uh”, he almost coos, invoking the bestselling album of all time, one of the most beloved characters in the Disney canon and a freaking Toyota Camry. It's is so simmering and soulful, you won’t catch him winking the whole time.