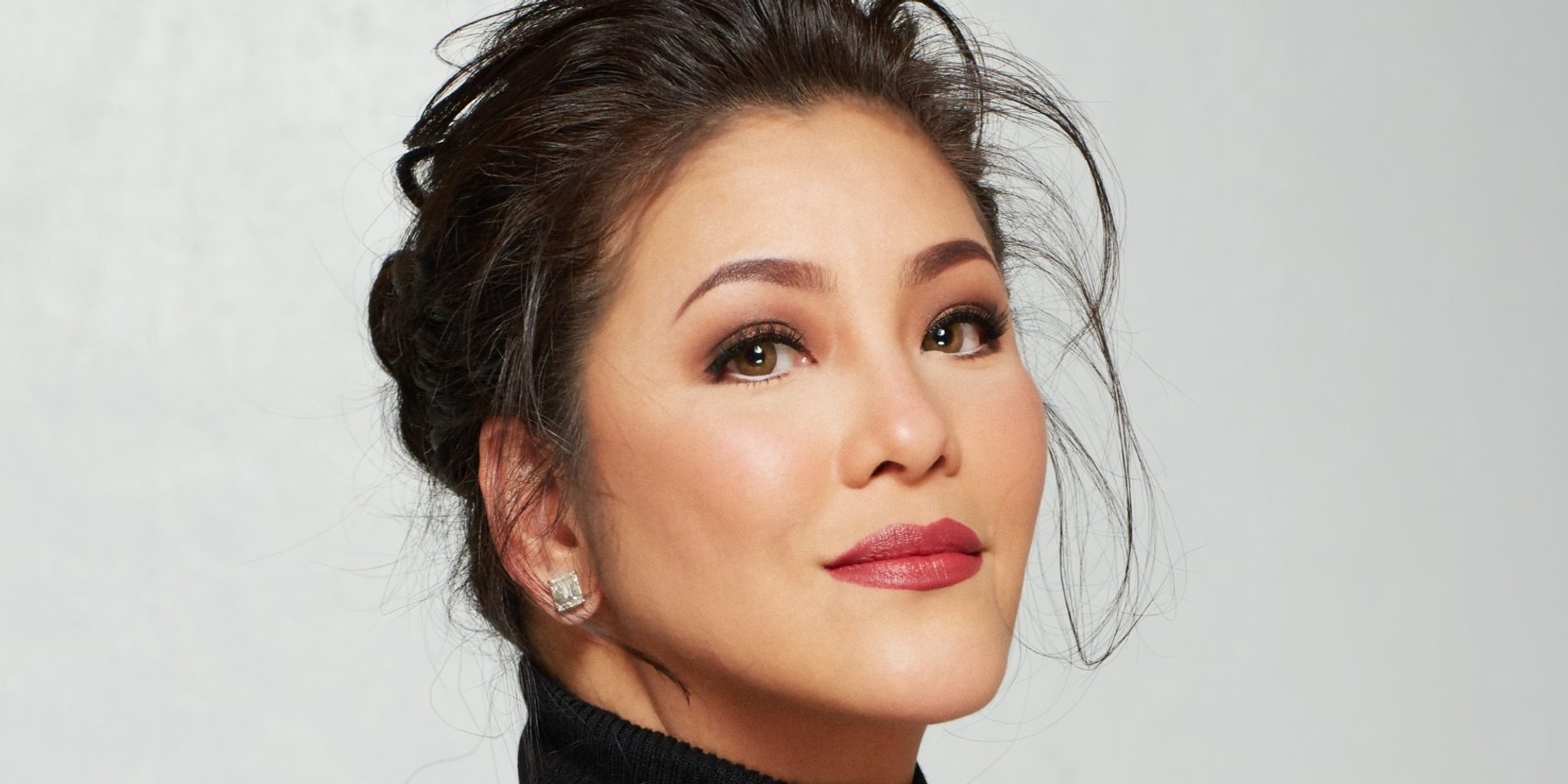 Asia's Songbird is back!

UPDATE (02/15):FREEDOM : A Regine Velasquez-Alcasid Digital Concert has been rescheduled to 28 February 2021. All previously sold tickets will be honored on the new date.

Velasquez followed up with a tweet, sharing that she's doing okay, adding, "Like I said GOD has a plan and His plans are always better. Stay safe guys."

Sayang yung date natin no😭 I was sooooo looking forward to it pa naman😭 But don’t worry I’m ok. Maga lang face ko coz I’ve been crying 😢 but like I said GOD has a plan and His plans are always better. Stay safe guys ❤️❤️❤️

A new date for the online concert will be announced soon.

In an announcement made today (15/12), Regine Velasquez will be making her awaited comeback on the concert stage with FREEDOM : A Regine Velasquez-Alcasid Digital Concert, slated to happen on 14 February 2021.

The Asia's Songbird is back on the concert stage with FREEDOM : A Regine Velasquez-Alcasid Digital Concert streaming this February 14 2021! #RegineOnKTXPH

Tickets priced at PHP 2,500 and PHP 1,200 will be available for purchase on 8 January via KTX Philippines. 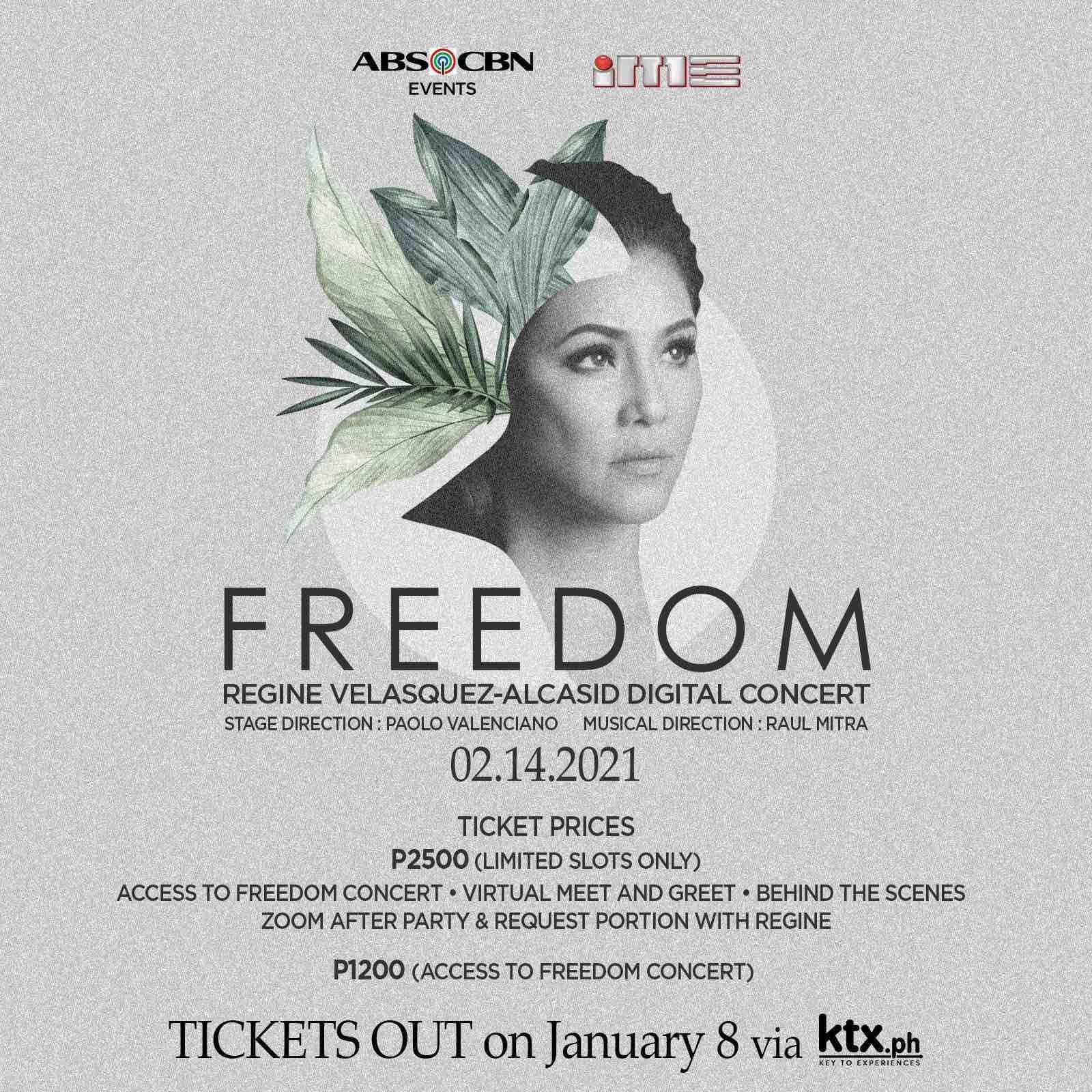 Directed by Paolo Valenciano, with musical direction by Raul Mitra, the show will be singer's first concert a year after her collaborative show UNIFIED with Sarah Geronimo earlier this year at the Smart Araneta Coliseum.

Velasquez also recently released a solo version of 'Unbreakable', a track she performed with Moira Dela Torre for the 2019 movie Unbreakable.