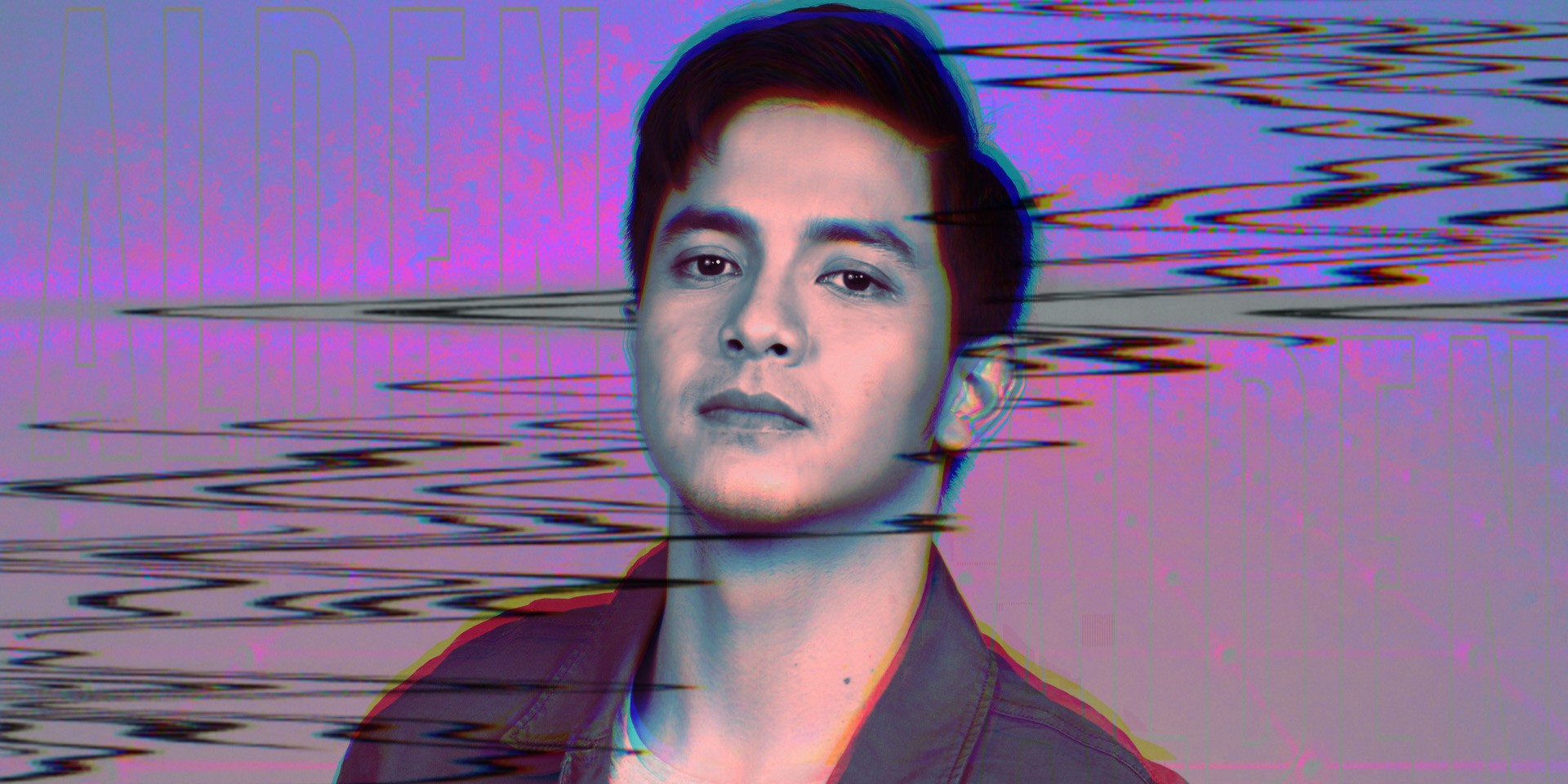 Alden Richards wants to take you into his world with his upcoming anniversary concert.

This December 8 (Tuesday), the Filipino actor/singer will be celebrating his 10th anniversary in showbiz as he mounts the country's first VR concert, Alden's Reality, straight to your screens.

Alden's Reality, which also features December Avenue and other special guests, is Alden's "thank you" to his thousands of fans and die-hard supporters. "All I wanted to do is to acknowledge people and to thank them for being with me in the past 10 years," he says.

Bandwagon caught up with Alden Richards and director Paolo Valenciano to talk about the upcoming VR concert, how they're preparing for it, and where they see the future of online concerts in the Philippines can go.

So Alden, how does it feel to look back you know through the 10 years in the industry?

Alden Richards: 10 years has been a roller coaster of everything for me with regards to emotions, and basically everything about me now.

It's been a really long journey. Nagulat ako I reached 10 years in the industry without knowing it, kasi I don't really count my days staying here. It's just that I love my job so much. My heart feels full whenever I make people happy with the things that I do with regards to all aspects of the industry—acting man yan singing, dancing, hosting, etc. 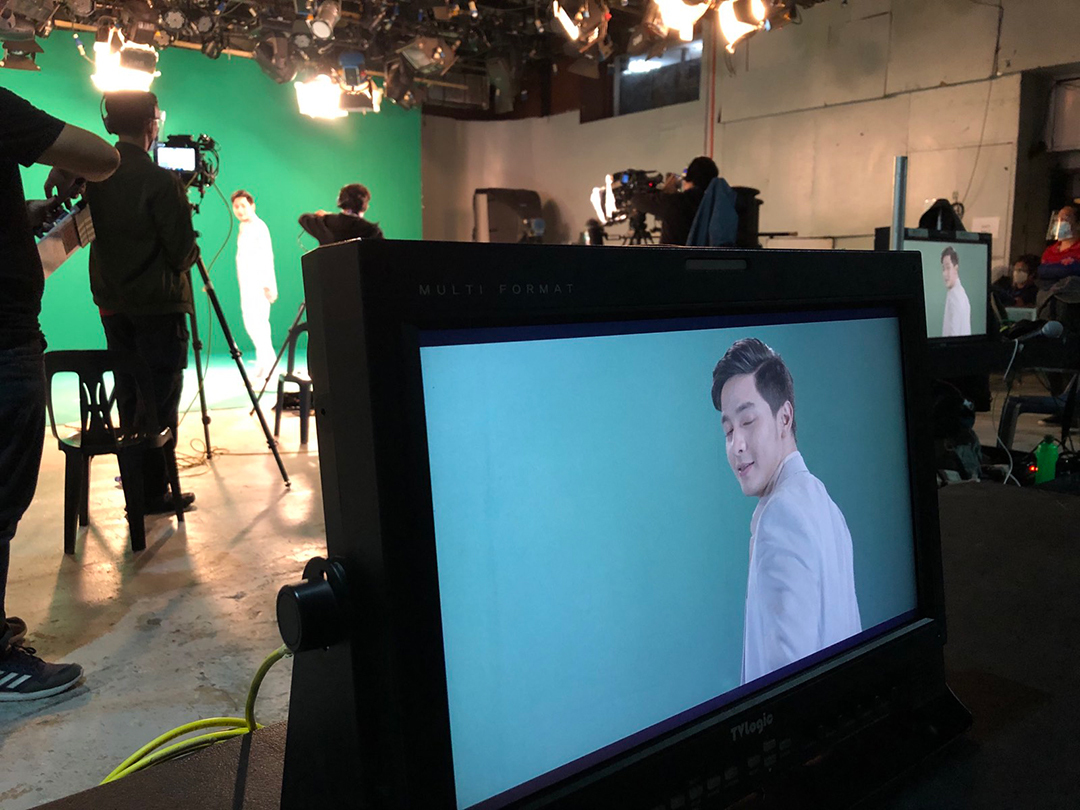 Ayoko lang masayang yung celebration ng 10 years na mapigilan lang because of what's happening right now—the pandemic. Parang sayang kasi siya. It only happens once in a lifetime yung 10th year na yun, so I'm just really happy that I have good people behind me, like direk Paolo and of course GMA and Flo [Reyes], our writer.

It brings me joy na nagawan ng paraan. We were able to come up with something that will fit the given circumstance that we're in. I'm sure all my supporters din—I don't want to let them down na parang "10 years tapos walang ginawa si Alden, parang ang unfair naman sa amin."

Knowing them na they will do everything in their power—regardless of the situation—to be able to come up with something on my 10th year. So this is my effort and of course, GMA's effort to bring them a "thank you" performance.

All I wanted to do is to acknowledge people and to thank them for being with me in the past 10 years. So I'm really excited about this Alden's Reality concert.

And how are you preparing for the concert for the first VR concert in the country?

Alden: Well, this time it's going to be different since we're gonna shoot a few segments of the show, pre-taped. The preparation is totally different from doing a real concert, kasi when you do a concert in a big venue, everything is live so syempre parang ang basics nyan—rehearsals, getting ready, book voice lessons and dance workshops, etc.

But this time is different. Everything will be shown on the actual event itself. So mas relaxed kami, yet we're very nervous about this because it's new. I'd like to believe no one has ever tried it here in the Philippines. We're the first who's going to actually do a concert with the virtual reality device.

So what we're really focused on is the content of what we're going to show in the VR experience and how can we educate people to use the VR device for a fuller experience while watching the concert. 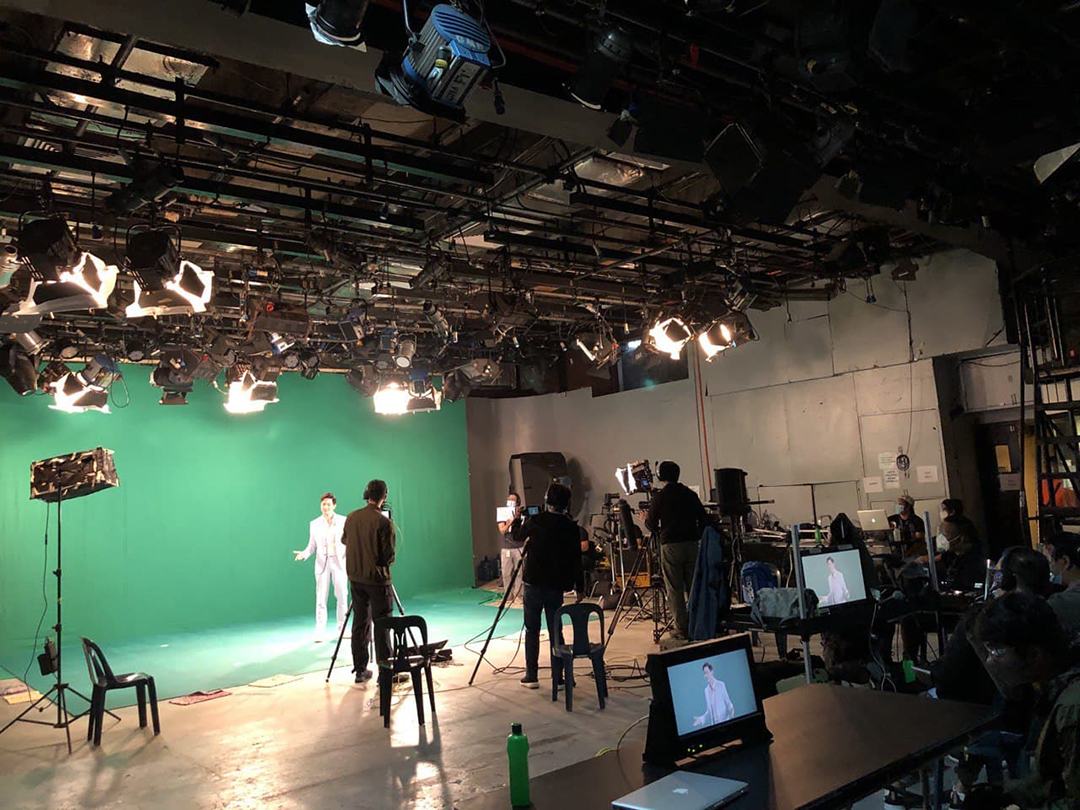 In what ways would you say you've grown as an artist since you debuted?

Alden: Wow, wow, that's a tough question (laughs)! Personally, in my heart, I'm really an actor. Above all else, that's my passion. Of course, making people happy is my passion as well. So I find different ways to deliver a good experience to people who watch me and my performances and my appearances in media—like TV and movies.

The concert, it's a collective effort for us—ako, si direk, si Flo, our musical director, our producers. I'm really more into being part of the creative collaboration right now, rather than just letting the people do the work for me, na parang silang nagluluto, tapos kakain na lang ako. This time I help them cook, so yung ibibigay namin na dish to the public will have an Alden flavor to it as well.

Hindi lang yung production side ang na discover ko. In everything that I do—regardless if that's a concert a movie, a teleserye, or a project—it's always best to have all the people involved. Lahat sama-sama in the creative collaboration and the creative process para nasa isang track lang kayo. Walang sisihan in the end. We all agreed to this eh.

In my past five or six years in the industry, I was always so used to—parang, pinapakain na lang and then I'll just do it. But iba yung experience when you know yourself na, part ako sa creative collaboration and process na ito. I was part of this. So yung proud moment sa akin. Whenever I do projects like that it's doubled—doubled yung happiness, doubled yung accomplishment, kasi I know to myself that I was part of creating this idea.

Pao, how did you guys conceptualize the idea for the virtual concert?

Paolo Valenciano: So it was something that started with Christian Bautista. When they declared the lockdown in March, a lot of [artists] turned to Facebook Live, YouTube, Instagram, Kumu. A lot of people started doing these online shows.

To be fair, a lot of people have found success doing that, in that format and those platforms. But as a director and Christian as a performer, we basically wanted more (laughs). We wanted to be able to express ourselves, to be able to do something that was somewhat closer to a live experience.

Everyone knows that I am a live director. I didn't really focus on videos and film and anything like that, so it really was a struggle for me in the beginning of the lockdown, kasi they would hire me to produce or direct these online shows.

And the struggle that I had was that when every time I conceptualized something, I'm always thinking, basically 360. You know, I'm thinking of the venue, I'm thinking of the the entrance, the foyer, the ticket, the poster—everything. I think of all those things and I synergize all of that.

It became so limiting for me when everything got locked down and then everybody was forced to do these shows. I just couldn't figure it out how to create compelling or rather just to conceptualize things for those platforms.

And then one of my friends, who I was opening up to about this, he talked to me said, "What about this group? I Am Cardboard. Who does VR. They're the only Google accredited VR content creators in the country." And he said, "You know, they're also looking for stuff to do."

So I realized. There I was—a creative struggling to find a platform or a space to be able to express myself. There was an artist—si Christian—who was also looking for a way to improve the quality of the online concerts. And then here comes IAC, the only Google accredited VR group. So it was almost like a match made in heaven, where we were all just looking for a way to be able to create new content, create new experiences for the people.

And then when Christian set up the meeting, we presented it—we weren't even sure if they were going to approve it. I mean, VR is not a new technology. It's been around for over five years—ten years pa nga ata—but it's never been a big thing here in the Philippines.

We weren't sure if this was going to be approved, but when we presented it ayun, na-excite sila. They just had some questions, and then they approved it right away. 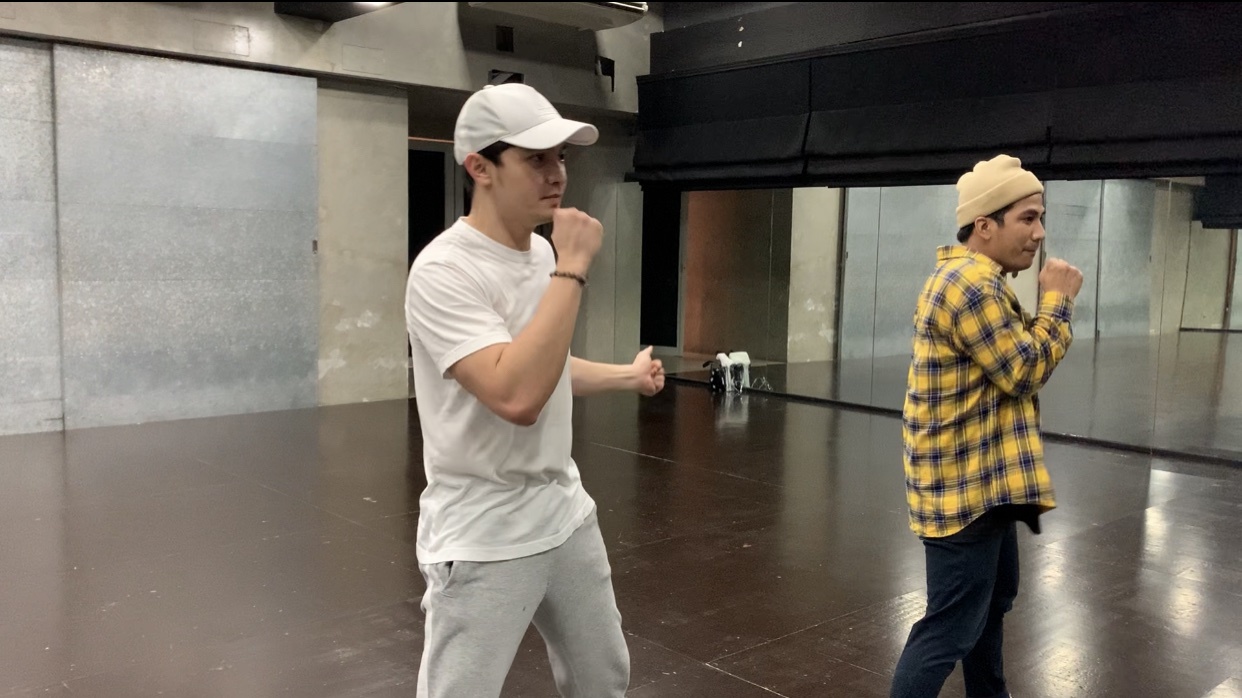 So, everyone in the world is being stretched, being tested, doing things that are risky, and that's why we're scared, but we're also excited at the same time. Like Alden said, I don't think anything on this scale has been done in the country yet. So we're, we're excited to be the guinea pigs for this concept.

Did you get to watch the BTS online concert, MAP OF THE SOUL ON:E?

Alden: I watched the opening. I never knew that having an online concert would look that great. And you know, Koreans have their own way. Always very, very nice to watch. Ang galing nila, that's the reason why they're a big hit always wherever they go.

Is that something that you're targeting for your online concert?

But do know that it's not going to be like that. I think because of the technology that we're playing around with. It's not going to be that kind of an event. So you won't be able to look at BTS and then look at this and say, oh, that the BTS show was much, much better, because it's almost like comparing oranges and apples to do different things—we hope (laughs)! 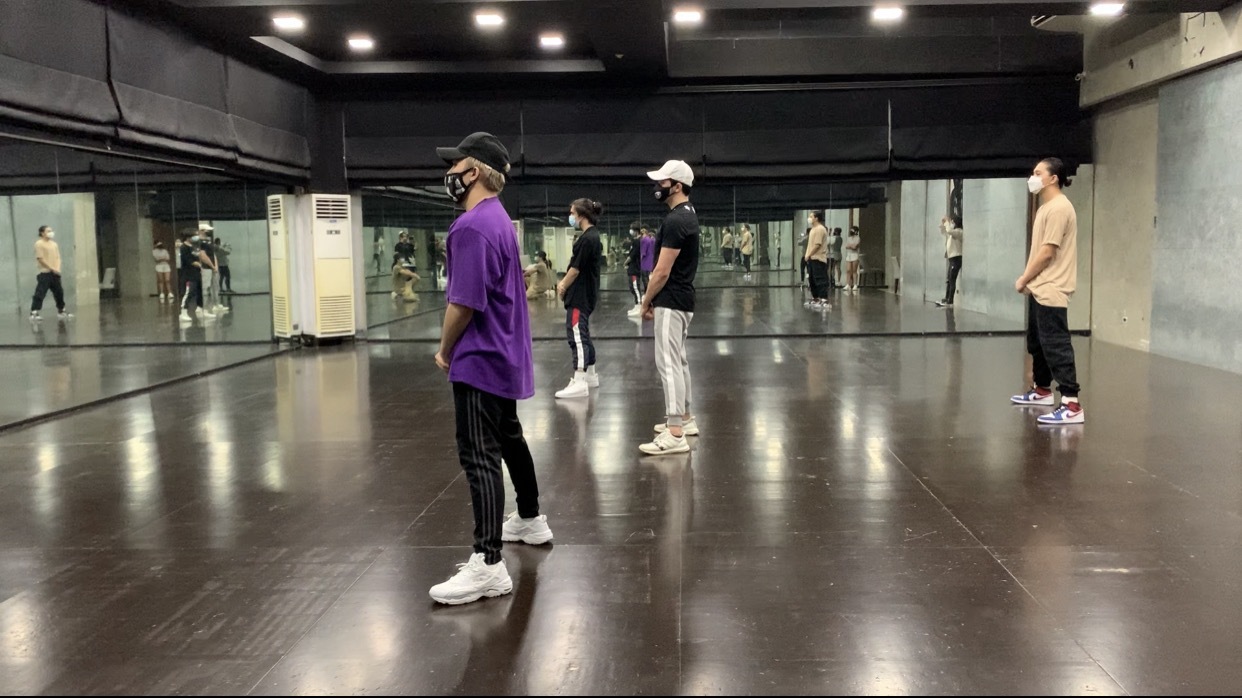 This whole virtual concert thing, it's a new experience for everyone for both, the fans and the artists. How will you make it immersive enough for both the artist and the fans?

Paolo: Well, for the artist, if I may speak on behalf of Alden, it's really going to challenge him (laughs). We're putting a lot on the line here, just for the sake of giving the fans something that's fresh, something that's new for them.

Originally, this was supposed to be in November and Alden moved it to December because a lot of people are going to be alone this Christmas. They won't be able to travel, they will be able to see their friends and their colleagues, walang Christmas parties, and all that. So the timing would be great to just have this event where people wouldn't feel so alone.

I think one of one of the main goals of Alden's Reality is that we sort of ease that burden or that struggle that many of us are going through these days. So hopefully even if the show is just for one night, I think that it would be a great achievement for us—the creative team—if we're able to just make people happy, even if it's just for one night, during this very lonely season.

What would you say are the most challenging aspects in holding an online virtual show with the AR/VR stuff?

Paolo: To be completely honest, it's very new to us. The team that does VR, we're learning a lot from them. The blocking, the directing, the choreo—everything.

It's not naman different, but skewed. Everything has to be adjusted because of the way that you know the camera works, the way that we had to design the stage. One VR guy told me basically you have to think about what's behind your head. You can't just think about what you're seeing. That's how challenging the concept is.

How can the Philippine entertainment industry go in the same direction as BTS and Billie Eilish's online concerts to adapt to the new normal?

So, unless Filipino producers are willing to shell out that kind of budget, it might take some time, but we'll never know.

It could happen soon, we'll see. 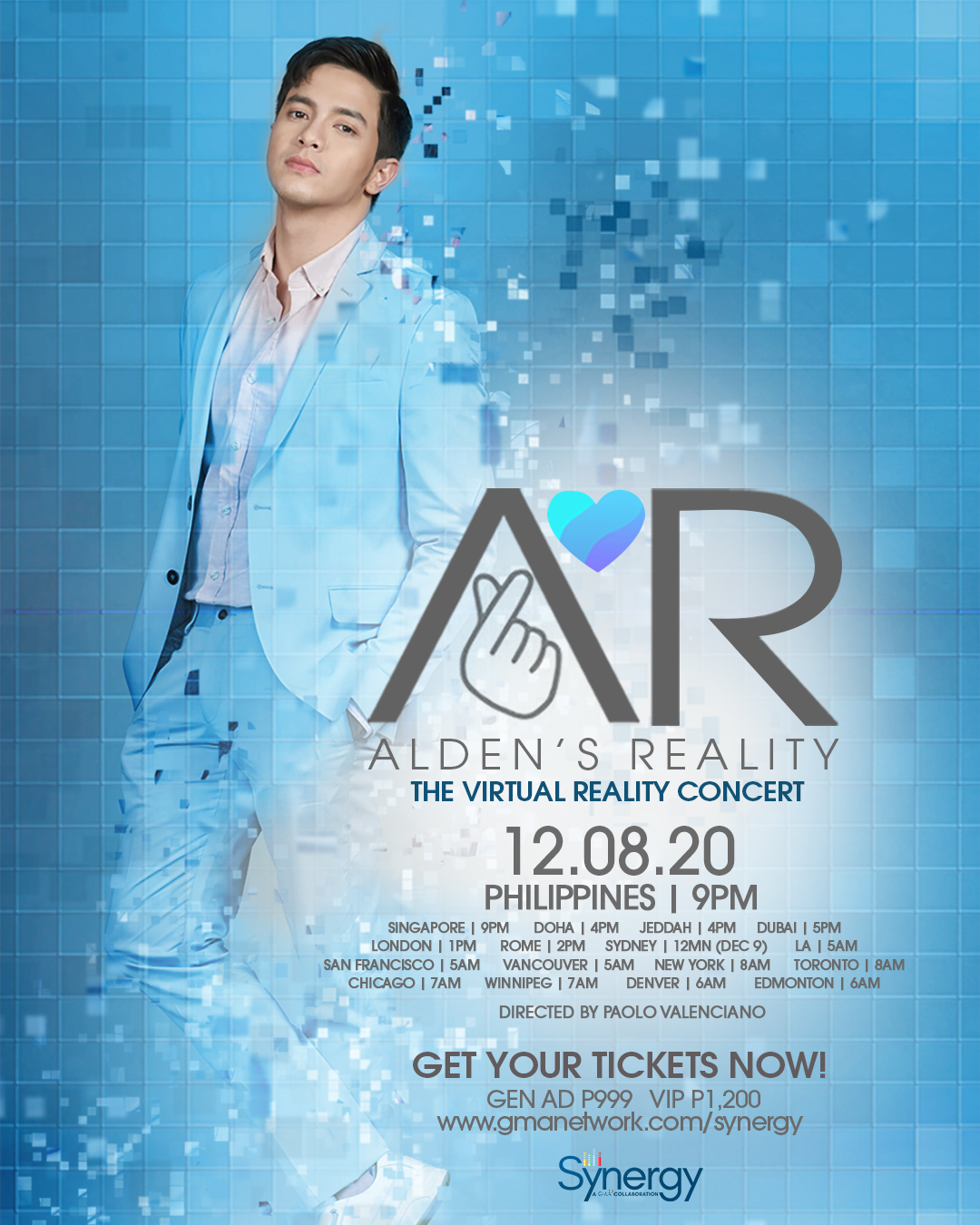