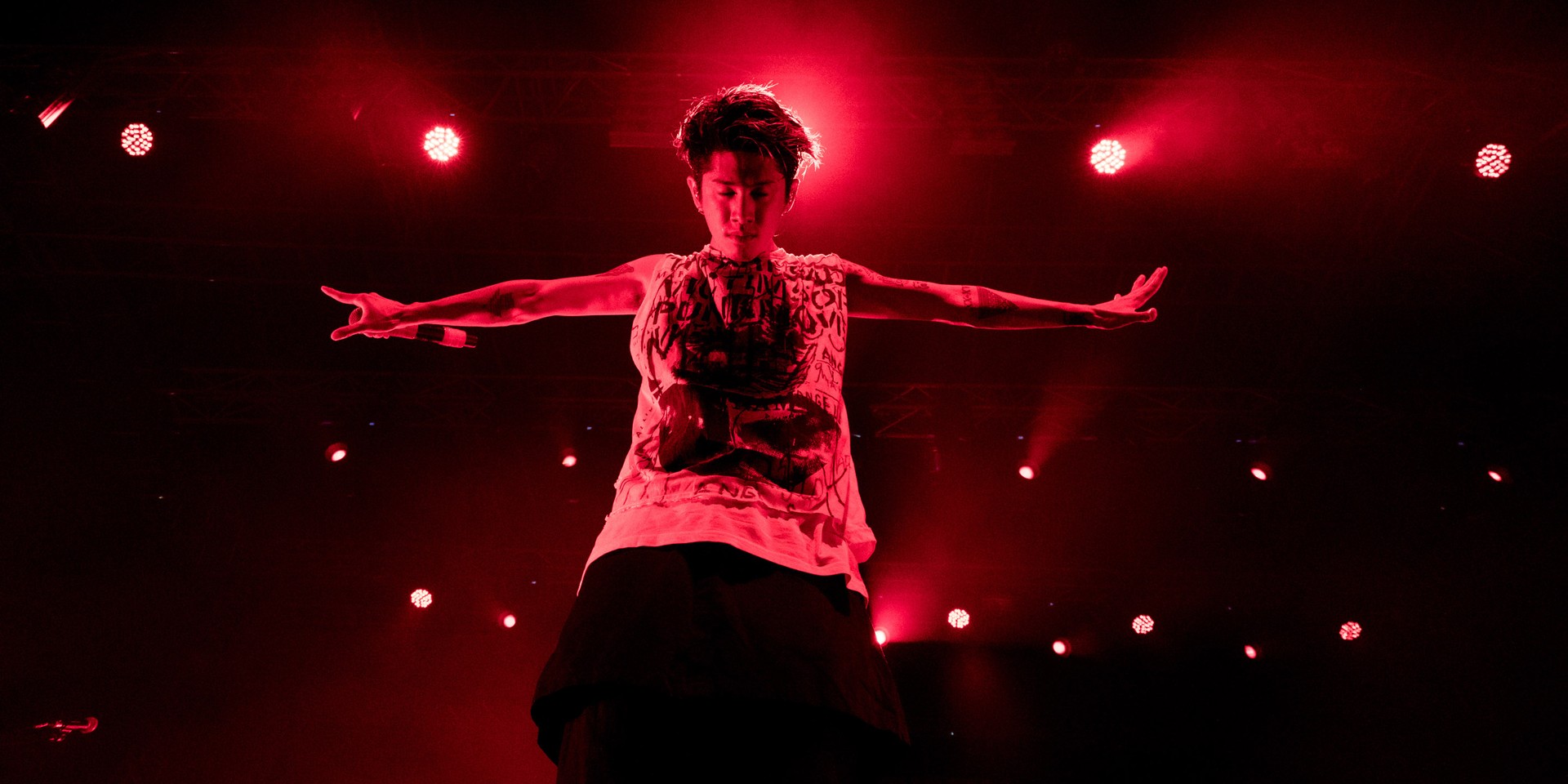 Gloomy weather, muddy surfaces and a humidity that made you look like you enjoyed swimming with your clothes on – these were the basic settings at Fort Canning Park on a Saturday night as fans eagerly awaited for beloved Japanese rock group ONE OK ROCK to take the stage. 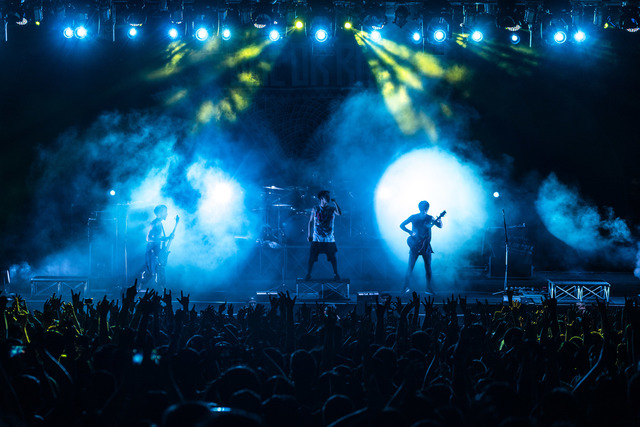 Right as the second hand signaled 8pm, drummer Tomoya appears on stage and delivers a crushing reverb-heavy build up that sends the crowd into an immediate frenzy. One-by-one, bassist Ryota skips onto stage with his signature shirtless get-up, followed by guitarist Toru, both adding on to the impervious wall of sound.

Vocalist Taka saves his presence for the last and most histrionic entrance, obviously stealing the overall screams. The band breaks into the energetic momentum of ‘Take Me To The Top’, showing off their tightness as a functioning unit during this heavy and fast-paced number. 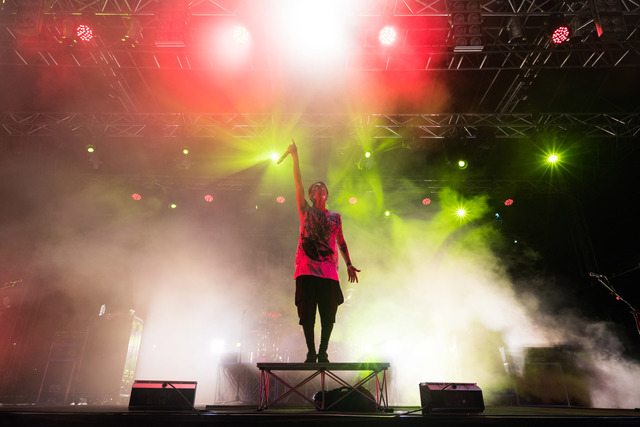 Fans were treated to a mainly English-centric set, with the band choosing to perform the “Deluxe Edition” version of their songs ‘Memory’, ‘Cry Out’, ‘Decision’ and ‘Suddenly’ from their latest release 35xxxv, where they decided to forfeit their native tongue and replace it with English lyrics to make for a more international-friendly rendition of their songs.

Our report of One Ok Rock's 2013 show at The Coliseum.

The band cleverly inserted older songs like ‘Clock Strikes’ and ‘The Beginning’ in between their more recent material, giving their die-hard fans a chance to flaunt their lyrical knowledge (and, of course, scream some more).

However, it was songs like ‘Heartache’ and ‘Wherever You Are’ that really hit hard with the fans — with Taka’s impeccable vocal prowess and Toru’s acoustic guitar, the charming vocalist retained the song's Japanese lyrics for this foreign crowd and, yet, it still paid off, with the audience confidently caroling along. 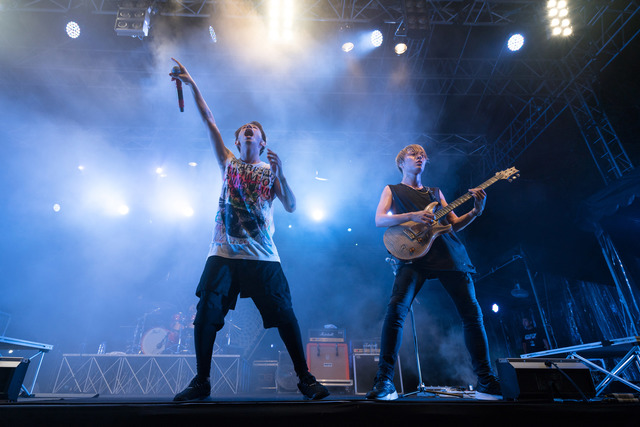 With the language disconnect immediately mended with the band's persistence, One Ok Rock expertly personify the oft-misused phrase “Music is Universal”.

At the end of their encore, the band lingered on stage to throw out whatever they could to the fans, and they were returned the favour in the form of women’s delicates, which Taka and Ryota jokingly make use of in a little five-second hip-thrusting dance on stage — possibly fulfilling the kinky dream of every die-hard female fan in attendance.

The four-piece befittingly close off in traditional Japanese fashion by taking a bow hand-in-hand, with Taka genuinely assuring, “We’ll be back soon Singapore, we promise”. With the band's consistent local track record, we're sure we can take them at their word. 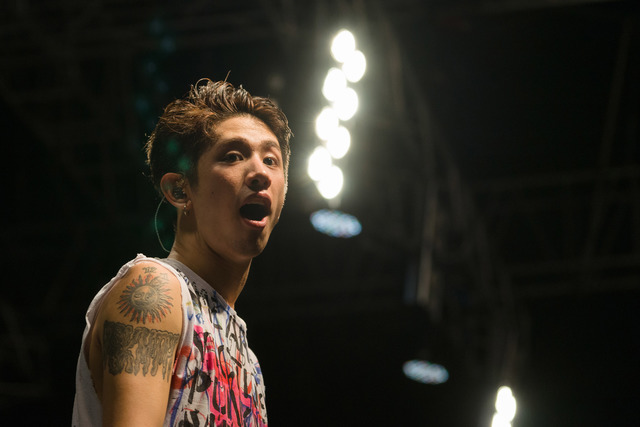 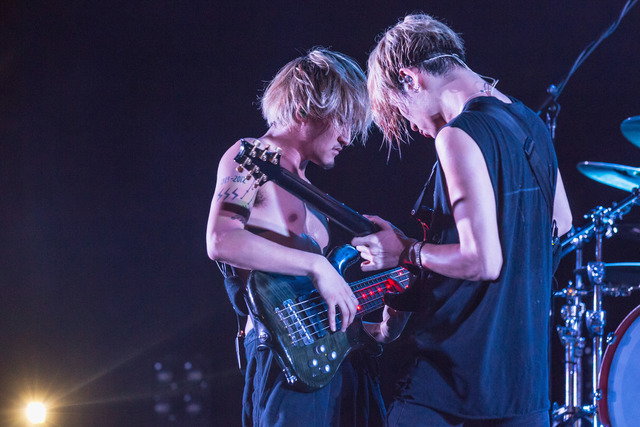 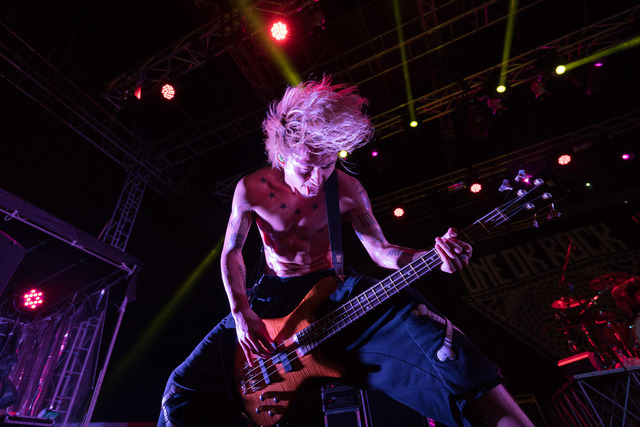 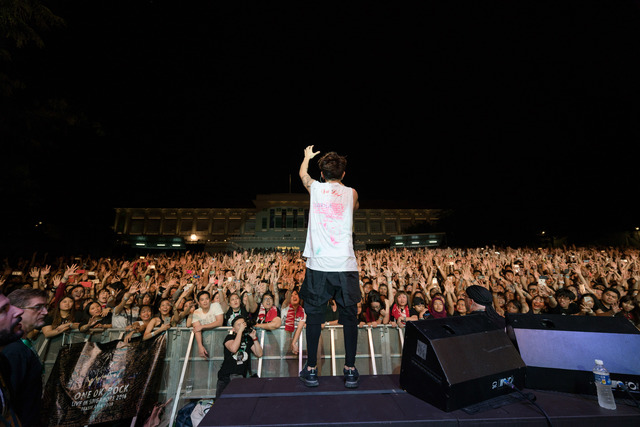 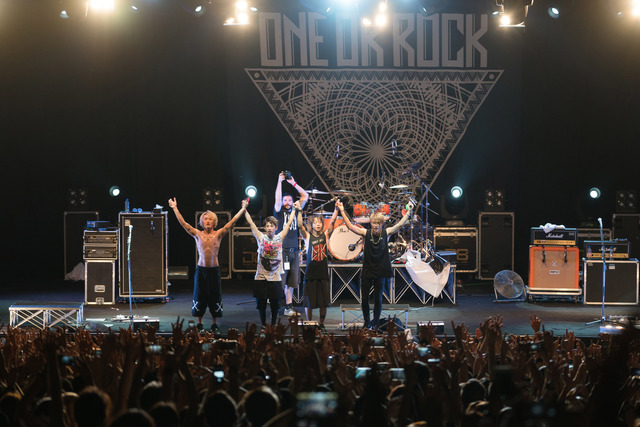