After surpassing 1.1 million album pre-orders for ; [Semicolon], the 13-member K-pop boy group have earned themselves the title of the 'Double Million Seller'. They were first dubbed as the 'Million Seller' group in June 2020, when their mini-album, Heng:garæ, sold over a million copies on its first week.

The second special album of SEVENTEEN is about sending a positive message to the younger generation, reminding them to “take a break and live in the youth”. The 6-track record includes the lead single, 'HOME;RUN', as well as unit tracks, 'Do Re Mi’, ‘HEY BUDDY’, ‘Light a Flame’, ‘AH! LOVE’, and ’All My Love’. Familiar names appear in the song credits, as Woozi co-wrote and co-composed all the tracks on the new album alongside Vernon, Seungkwan, S.Coups, and The 8, who also contributed to other tracks.

In an online Q&A session, Vernon assures fans that he feels “excited and refreshed to return with the special album” and thanked everyone for their love and support.

Seungkwan adds, “I participated in the album-making process full of joy and excitement with our members, and I sincerely hope our vibrant energy could be delivered to those who listen to our songs.”

As the album is all about living in the moment and appreciating our youth, Jeonghan drives the message home as he says, “Using the punctuation ‘Semicolon,’ we want this album to deliver a message of taking a moment for a brief breath to the young generation who run restlessly.” 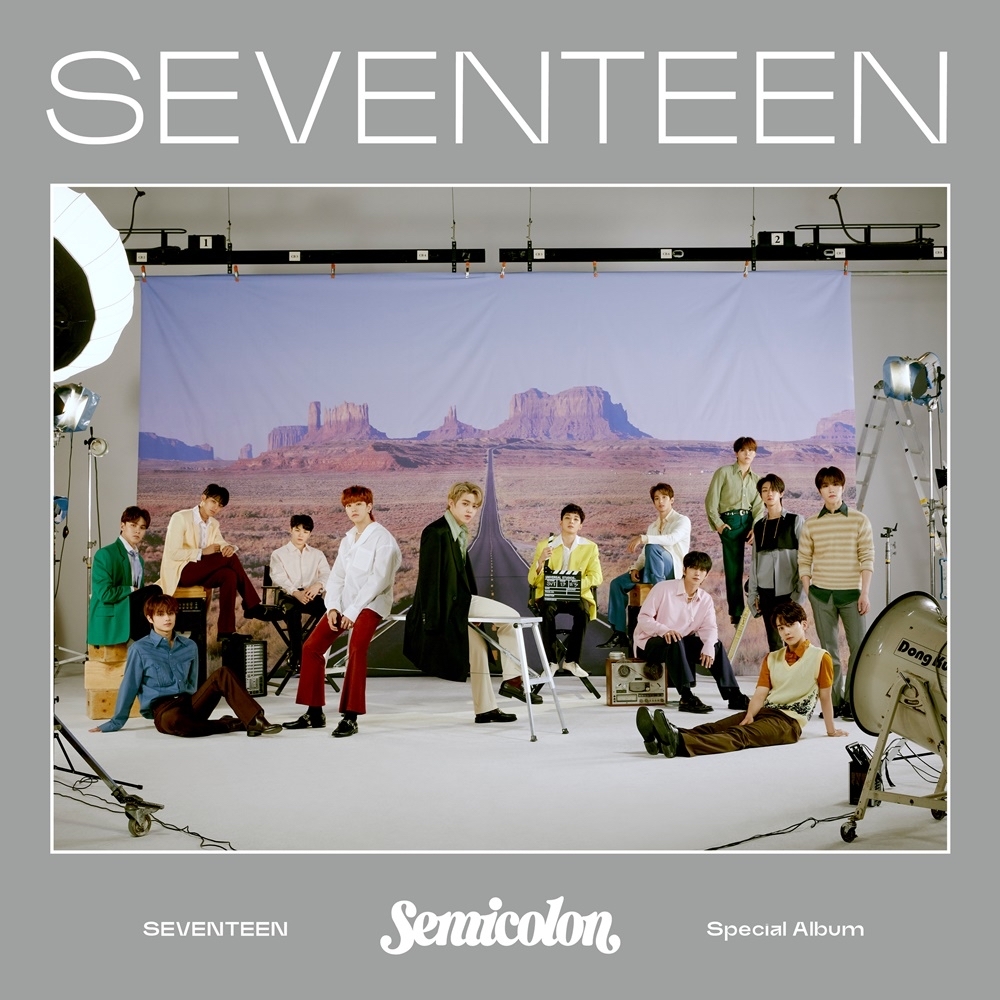 The broad spectrum of genres – swing-based genre, retro-funk, Latin Bossa Nova, etc. illustrated in the album was to “reflect youth in various generations” according to Woozi’s interpretation.

When asked about the lead single ‘HOME;RUN’, and the meaning behind it, Wonwoo hopes that the song which contains messages of “passionate sentiments of youth” and “a brief pause and moment to take a breath,” could deliver words of comfort and encouragement to their fans.

The first time SEVENTEEN listened to the title track, S.Coups thought it best represented the colours of SEVENTEEN, while DK gave a heartening response, “Just like the title 'HOME;RUN', I felt that we’re able to reach CARATs (fans of SEVENTEEN)with our love no matter how far away they are.”

As all of them have played a significant part in producing the album, Hoshi wishes that the fans can “appreciate our great music and awesome performances” while they continue to work hard, mature, and develop their craft.

The multi-genre album has its distinctive style that exudes a charm of its own, and The 8 is certain that fans will “notice different kinds of charms given that the special album includes stories about youth with retro concepts expressed by a different mix of unit groups". Mingyu proclaims proudly that SEVENTEEN is always up for a new challenge, so he believes that listeners will definitely recognise that from the freshly-dropped album.

In a message to thank their beloved CARATs for all their love and support, Joshua says, “To all of our CARATs who consistently support us, we will never forget your love and will do our best to become artists who always come up with awesome performances and great music.” JUN and DINO reiterate and add that they will work even harder and do their best to create unforgettable, happy memories for fans.