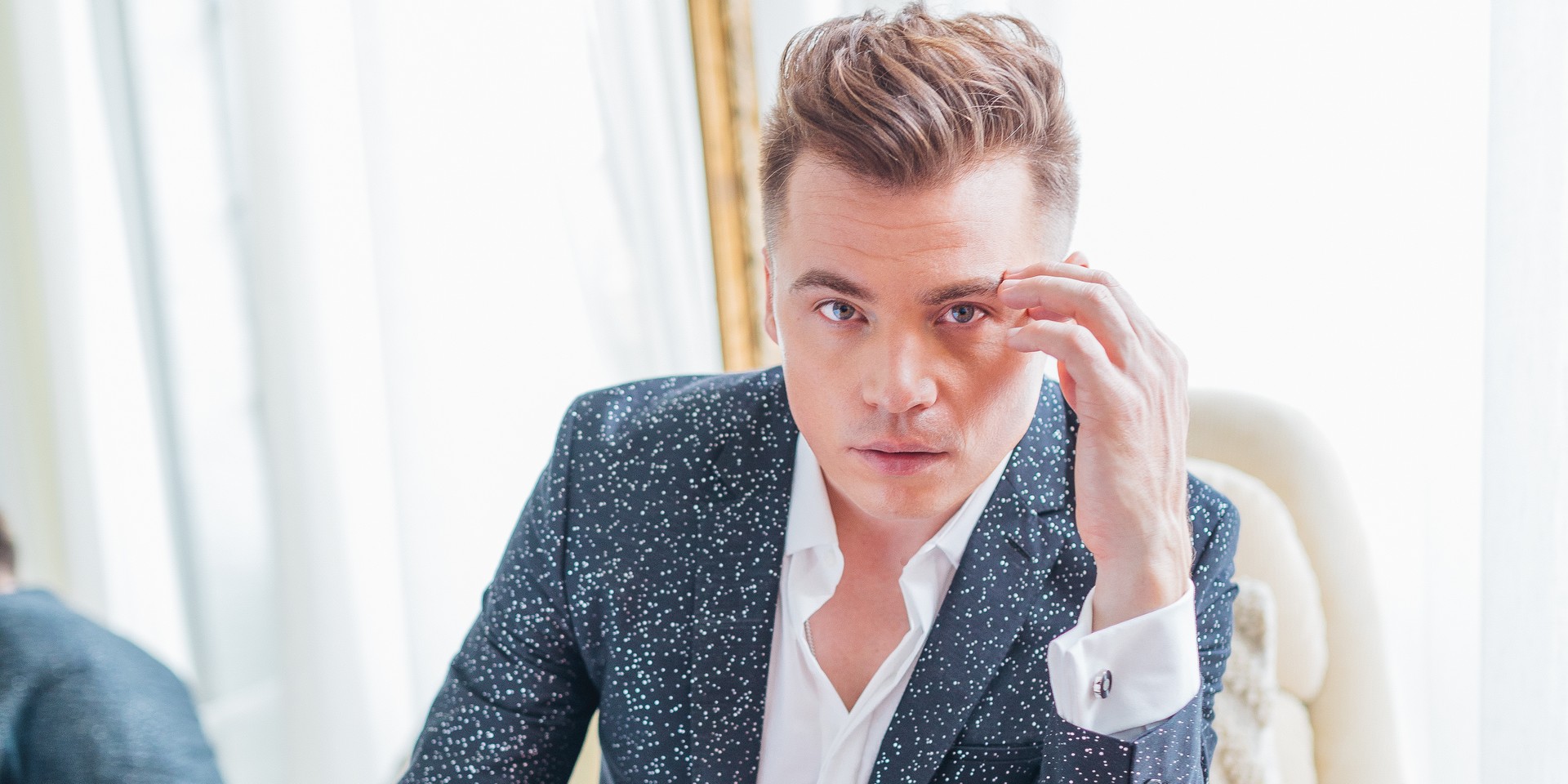 High school Shawn Hook probably didn't expect he would grow up to be the artist that he is today when he picked up the trombone in a disco cover band years ago.

The Canadian singer-songwriter found his musical roots at the age of four, picking up the piano and eventually moving on to learn the trombone in high school, where he first became attuned to the beginnings of songwriting. Fast forward a couple of years, and the trombone player now has multiple Platinum hit singles under his belt, with two of his songs breaking through Top 40 radio in North America. Today's Shawn Hook is a multiple JUNO award-nominated artist with millions of streams to his name, and he doesn't seem like he's ready to stop just yet.

Bandwagon got on the phone with Shawn Hook to talk about his recent single, 'I Don't Wanna Dance', his dream collaborations, and more.

Hi Shawn, thanks for taking time out to chat with us. Share a little more about yourself.

I’m from Canada, and I grew up in a small town called Nelson, British Columbia. That’s where I started with music. I started playing piano at the age of 4, and in high school I started writing music. When I graduated, I began pursuing music full time. I moved to Vancouver, British Columbia, and signed my first songwriting deal with ABC network. Eventually, I signed my first record deal. I’ve been writing music ever since, and now I have 2 double-platinum singles in my home country - ‘Reminding Me' with Vanessa Hudgens, and ‘Sound of Your Heart’.

I read that you played in a band when you were younger. Did that plant the thought of pursuing music full-time?

It’s funny. In high school, I learned how to play the trombone. After high school, I joined a disco cover band as a trombone player and singer. I did it for fun, but we started selling out shows and I got hooked. I had to figure out how to continue doing music in some way. Eventually, I left the band but yeah, that’s where I got the bug of performing live. It was a lot of fun.

You released ‘I Don’t Wanna Dance’ earlier this year. What’s the story behind it?

It’s about being with the person that you can be yourself around. A lot of times I found myself in situations where certain parties or people I hang around can sometimes be superficial. And in those moments I just wanna be with the person I love most. It’s also about having fun and not taking yourself seriously.

Songwriting's important to you. Take us through your process of putting a song together.

It’s more of a mentality than a specific process. When writing my EP, I just tried to cancel out as many distractions as I can: less social media and fewer live performances. I try to just dive into music. I play the piano and guitar, so I try to find a groove. I try to find music that I like to get sonic inspiration, and if a story or an idea comes to mind, great! But I find that lyrics usually come last to me, I find them to be the most challenging but the most important to me.

I took a look through your Current Favourites playlist. How do you go about drawing inspiration from the music you like and making it something that is uniquely your own?

I think it comes from people who write and collaborate with the artists. I’m always listening and trying to break it down technically just to hear what the producers and writers are doing. I try to take a bit of what I love and I put it through my own filter and make sure that I’m being me, and that I sound the way I sound.

On that note, are there any artists you would like to work with someday?

Oh, that’s a great question. I mean, that whole thing about me wanting to collaborate with someone and whether they accept it - sometimes those two things don’t line up, haha.

There’s a lot of new creative talent that I’d love to collaborate with, like Jessie Reyez! She’s come a long way, and she’s done really well in Canada, and outside of it as well. I’m also a fan of Post Malone, I don’t know what a song would sound like with him, but I just love the tone of his voice. I’ve never collaborated with a male artist before, so I’d love to do that. And obviously Billie Eilish, I mean, she’s on fire. I’m very supportive of other artists and I’d be open to collaborating with a lot more people.

You moved to Los Angeles for your career. Is there anything you've learned there that still sticks with you till today?

In LA, you have people from all over the world - writers and producers that moved there to get better at their craft. I’ve learned a lot from the writers I've written with and the producers I’ve worked with. I was thrown into a bunch of writing sessions, and I was just like a sponge, I was absorbing as much as I could, especially since I was writing for TV shows, so there was a pretty fast turnaround time. The most important thing I've learned is trying to connect and tell a story. As a songwriter, it really helped to build my craft by learning from other talented songwriters.

What advice would you like to pass on to aspiring musicians?

Just hone your craft and practise, practise, practise. The thing about LA is that there are so many talented people from all over the world that moved there - to be able to stand out and make the most of your opportunities, you have to be prepared. The more prepared you can be, the more you can make out of being in a room with some of the biggest writers and producers.

Once you're in LA, you never know what's going to happen. That's what's so attractive about the place. One day you might find yourself in a room with a big producer who wants to work with you, so you have to be prepared. The more practice you put into songwriting or performing, the more you can make out of the opportunities that you come across because you never know who you’re going to meet or run into.

Finally, what are your plans for the foreseeable future?

I’m going to continue working on music, and hopefully, the world continues to give my songs love and support. My goal is a new EP in the summer, which I’m pretty excited about. I’ve put a lot of blood, sweat, and tears into it.

I’d also love to go to Asia someday! Hopefully, the coronavirus situation gets better. I haven't travelled there before but it’s on my bucket list. I’d love to go, for sure.