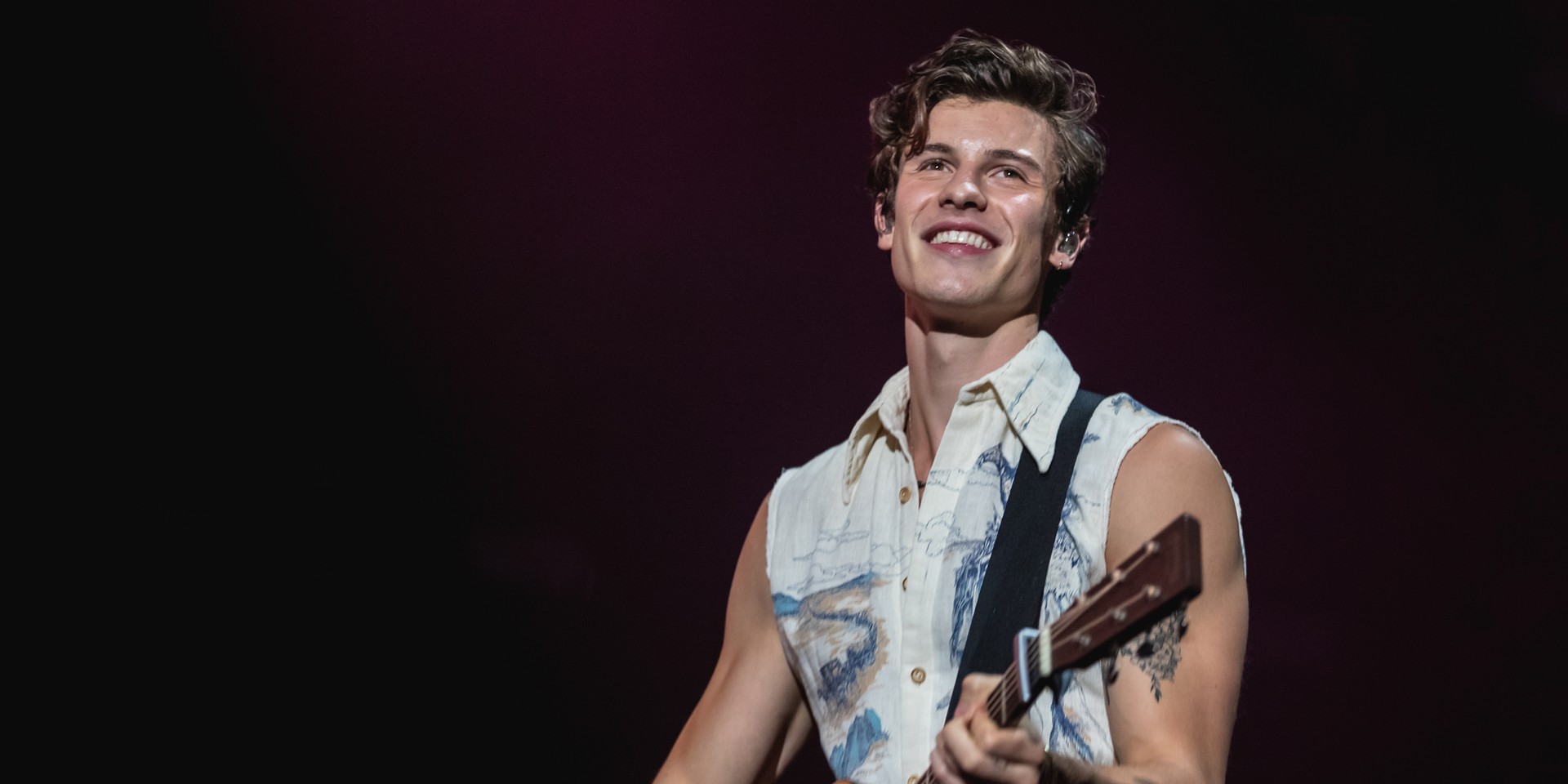 On Friday night, Shawn Mendes shrunk an entire universe and placed it in the sacred space of the stadium which we were allowed to inhabit for a momentous moment.

Under the blinding heat of stage lights, he carefully compressed the space between us and created an incredible air of intimacy that was felt in the very cores of our corporeal beings. Occupying a paramount spot in the cultural cosmos of today, he continues to deliver celestial pop music wholly relevant and bewitching, and we can only brace ourselves for the impact.

The stadium exploded into colour and shimmering synths. When he emerged from a haze of pink with ‘Lost in Japan’, the audience was already bobbing on its feet, hands in the air. With the relentless, tender lilting of “Let’s get lost tonight”, the crowd surrendered itself to the compelling call. Next up were ‘There’s Nothing Holdin’ Me Back’ and ‘Nervous’, infectious pop numbers replete with hooks, delivered with an unmatched fervour that foreshadowed the rest of the evening to be an absolutely giddy experience. 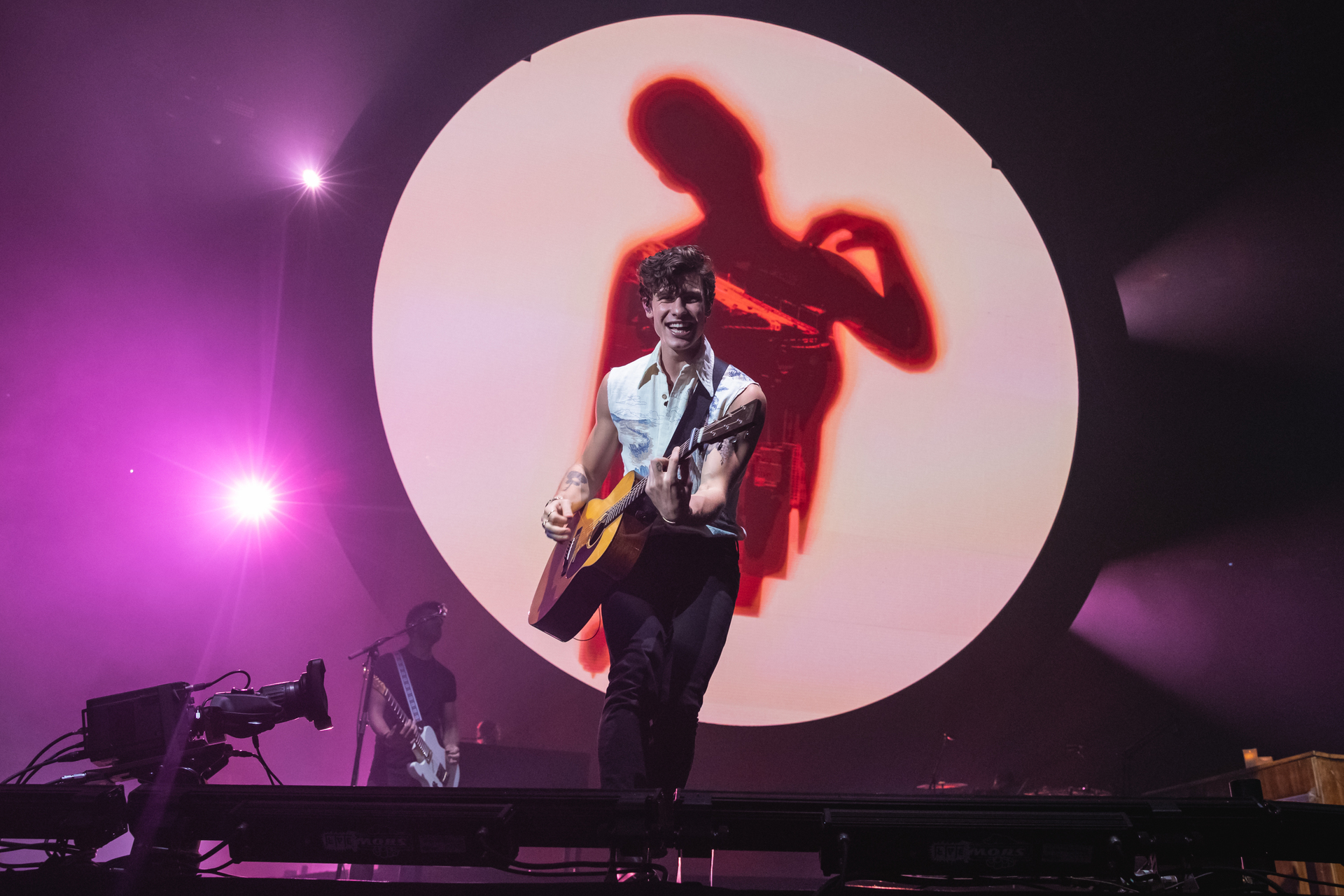 Throughout the night, every song was a persistent reminder that this was a shared intimacy. ‘Never Be Alone’ transported the stadium to a distant galactic plane, with Shawn in the middle of it all, spotlighted by a celestial ocean that ebbed and flowed unceasingly. He aptly called out, “Sing it out. Listen to yourselves”, to which the audience wholeheartedly obliged. Amidst the amplified, collective crooning, he smilingly commented, “Absolutely beautiful.” 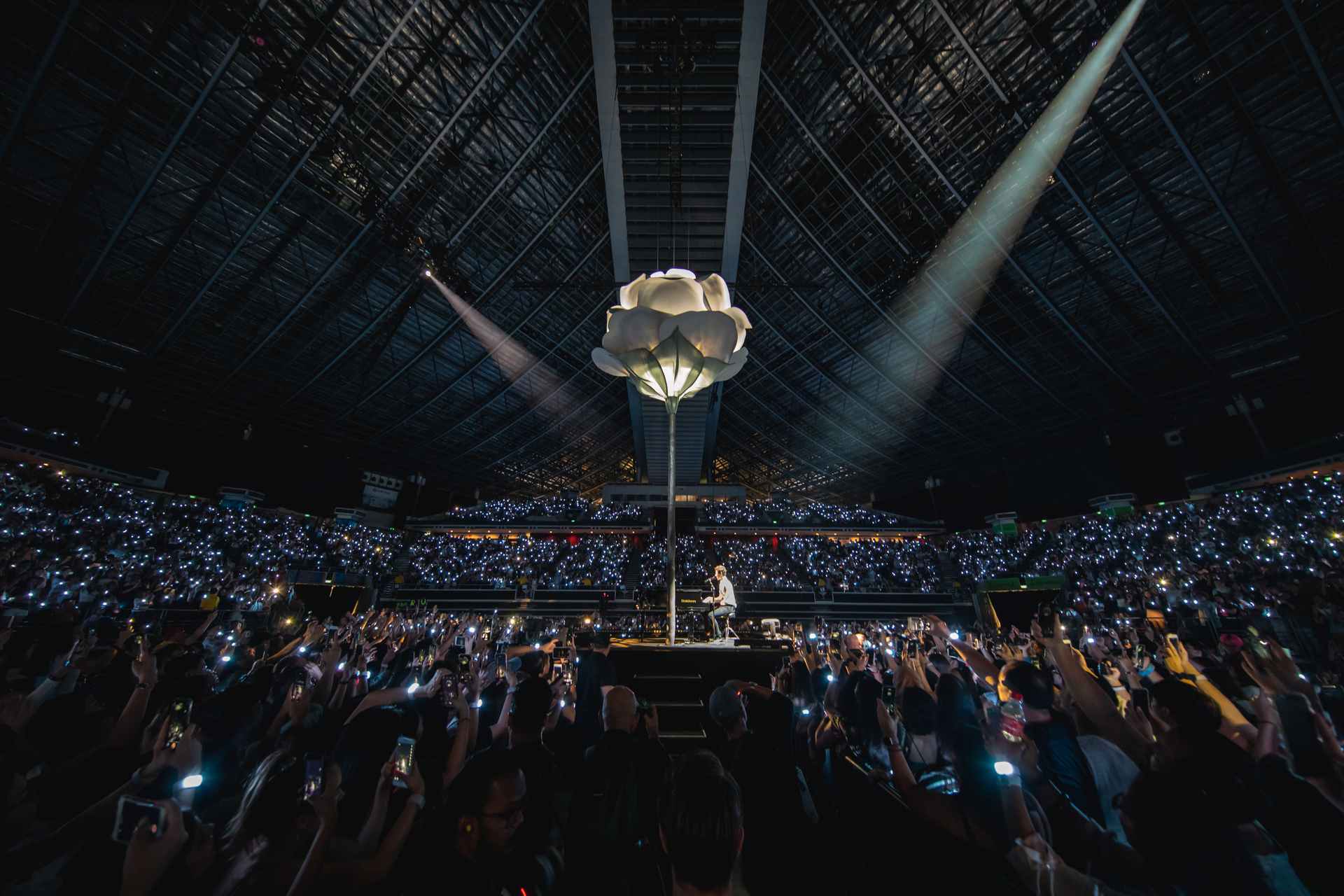 Taking the center-stage and illuminated by a single strobe, Shawn continued to epitomise the incomparable experience of live music. His spellbinding rendition of Whitney Houston’s ‘I Wanna Dance With Somebody’ placed us on the precipice of love, before we tumbled headfirst with the enchanting R&B number, ‘Ruin’. Lulled into an atmospheric, almost limbo-like state, the crowd lost itself in echoes of “Do I ever cross your mind”. The pinnacle of it all was when someone unabashedly yelled out “I love you”. 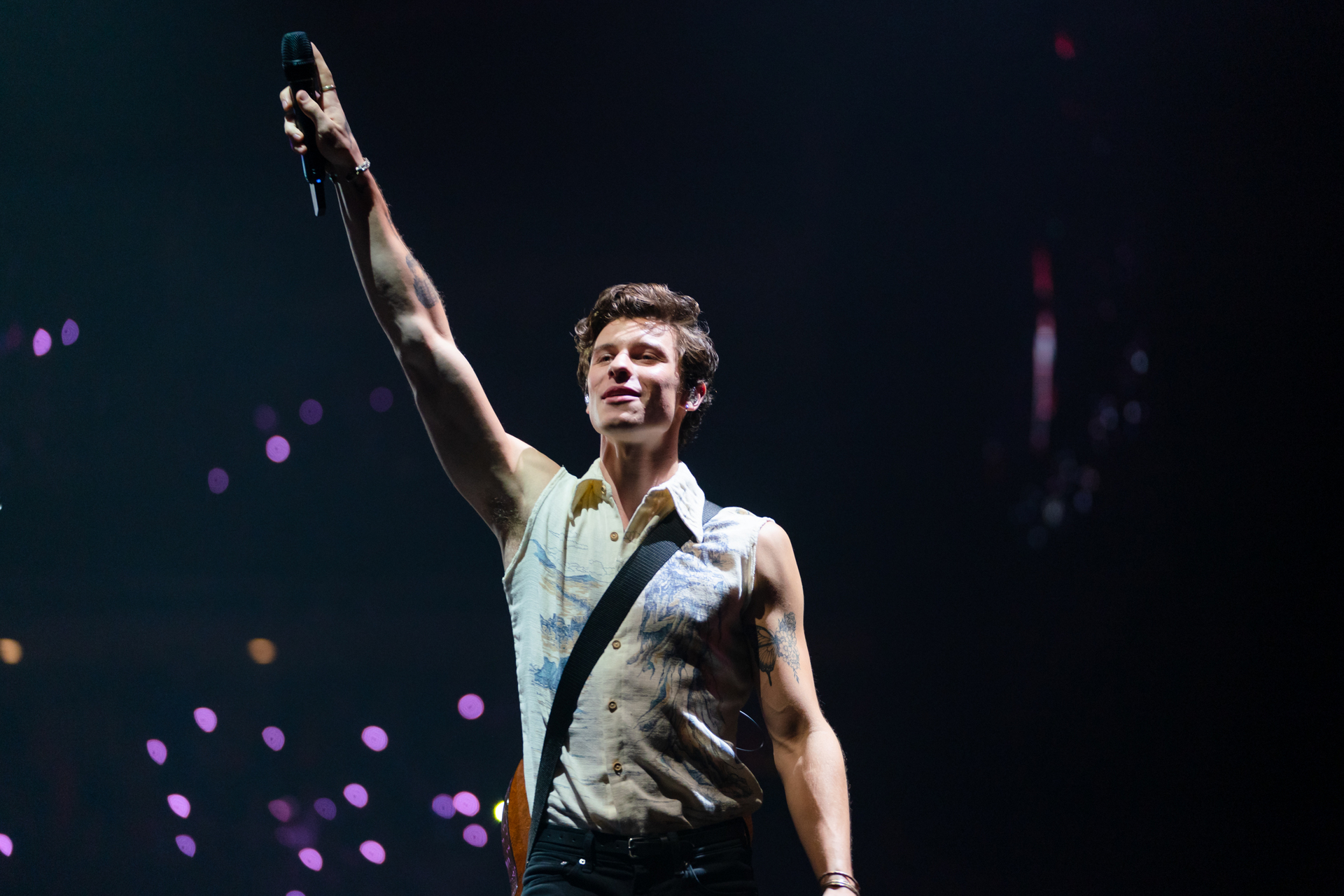 The spacey, shrouded mood was lifted in an instance with his quintessential track, ‘Treat You Better’, after he took off sprinting back to the main stage. This was followed by the bewitchingly sexy ‘Particular Taste’ as well as ‘Where Were You in the Morning’, where he basked under a sphere of saccharine orange.

Riding with the momentum and taking the front-stage in a symbolic act of him against the world, he jammed out to ‘Youth’ – an ode to our collective power for resistance and change – with his acoustic guitar. In this stripped-down rendition that did not lose its empowering sentiment, he conveyed his belief in one’s endless potential, declaring, “Every single person in this room, every single one of you, you are the people who have the power to change the world for the better today.” 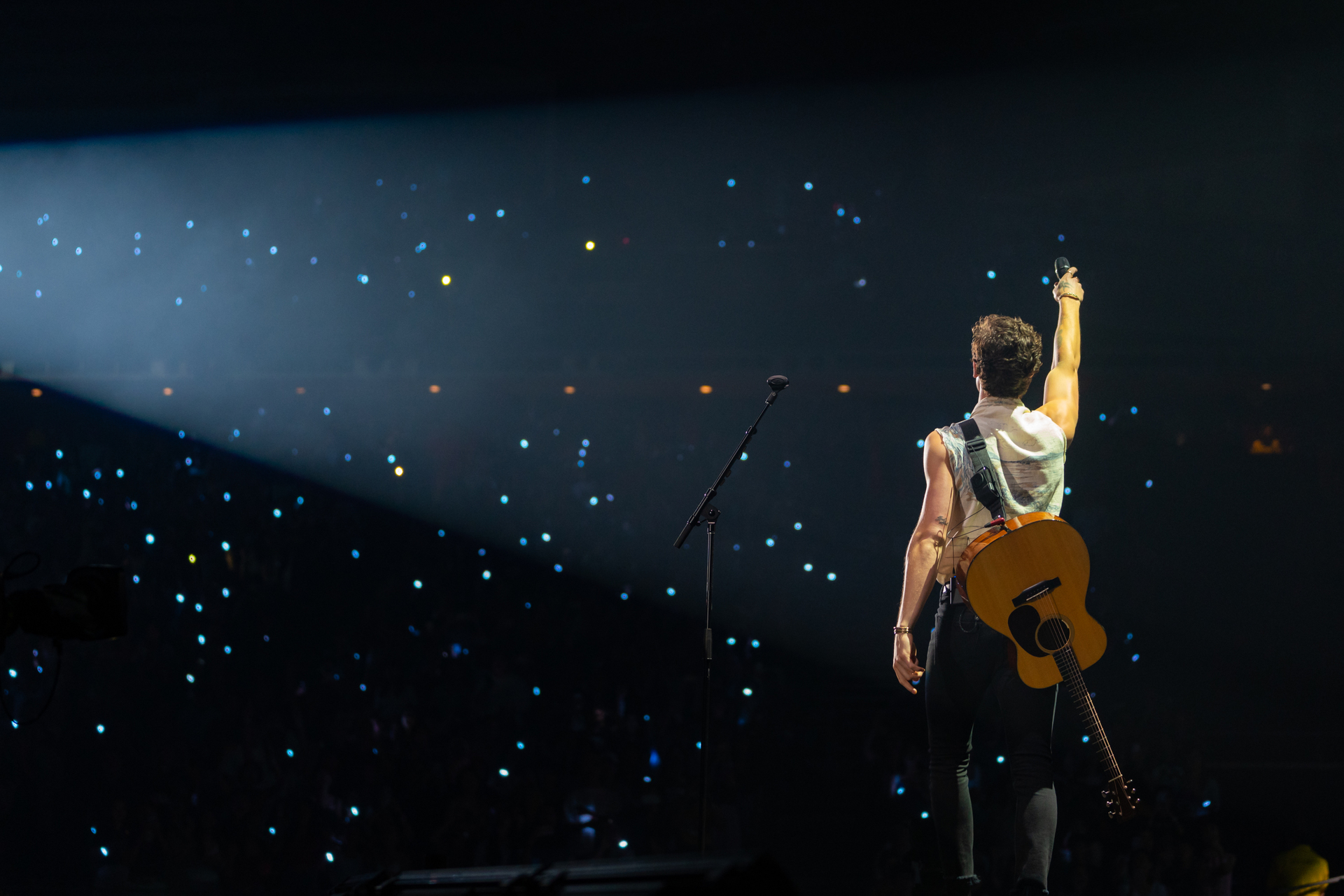 Backed by swathes of pinks and purples, Shawn delivered his most vulnerable track of the night, ‘Why’. The reckless abandon in which he belted out the final chorus and the electric guitar solo marked by a clamouring despair that followed pressed insistently against the swelling heart, before the sudden plunge into darkness.

Closing the surreal night with a Coldplay classic, ‘Fix You’, which Shawn expressed to be one of his favourite songs, the crowd swayed and sang along to the sublimely soulful chorus. Easing seamlessly into his final track, ‘In My Blood’, he launched into an epic celebration and an ultimate display of strength, proving that words were not needed to end the night.

At the end of it all, it was only us and his music, as well as the aching promise that he made everyone present a witness of – music courses through his veins and he will not give it up because it is salvation.

Special thanks to AEG Presents for the kind invite.

Lost in Japan
There’s Nothing Holdin’ Me Back
Nervous
Stitches
Senorita
I Know What You Did Last Summer
Mutual
Bad Reputation
Never Be Alone
I Wanna Dance With Somebody (Whitney Houston)
Medley: Because I Had You, A Little Too Much, Patience, When You’re Ready
Life of the Party
Like to be You
Ruin
Treat You Better
Particular Taste
Where Were You in the Morning
Fallin’ All in You
Youth
If I Can’t Have You
Why
Mercy
Fix You (Coldplay)
In My Blood