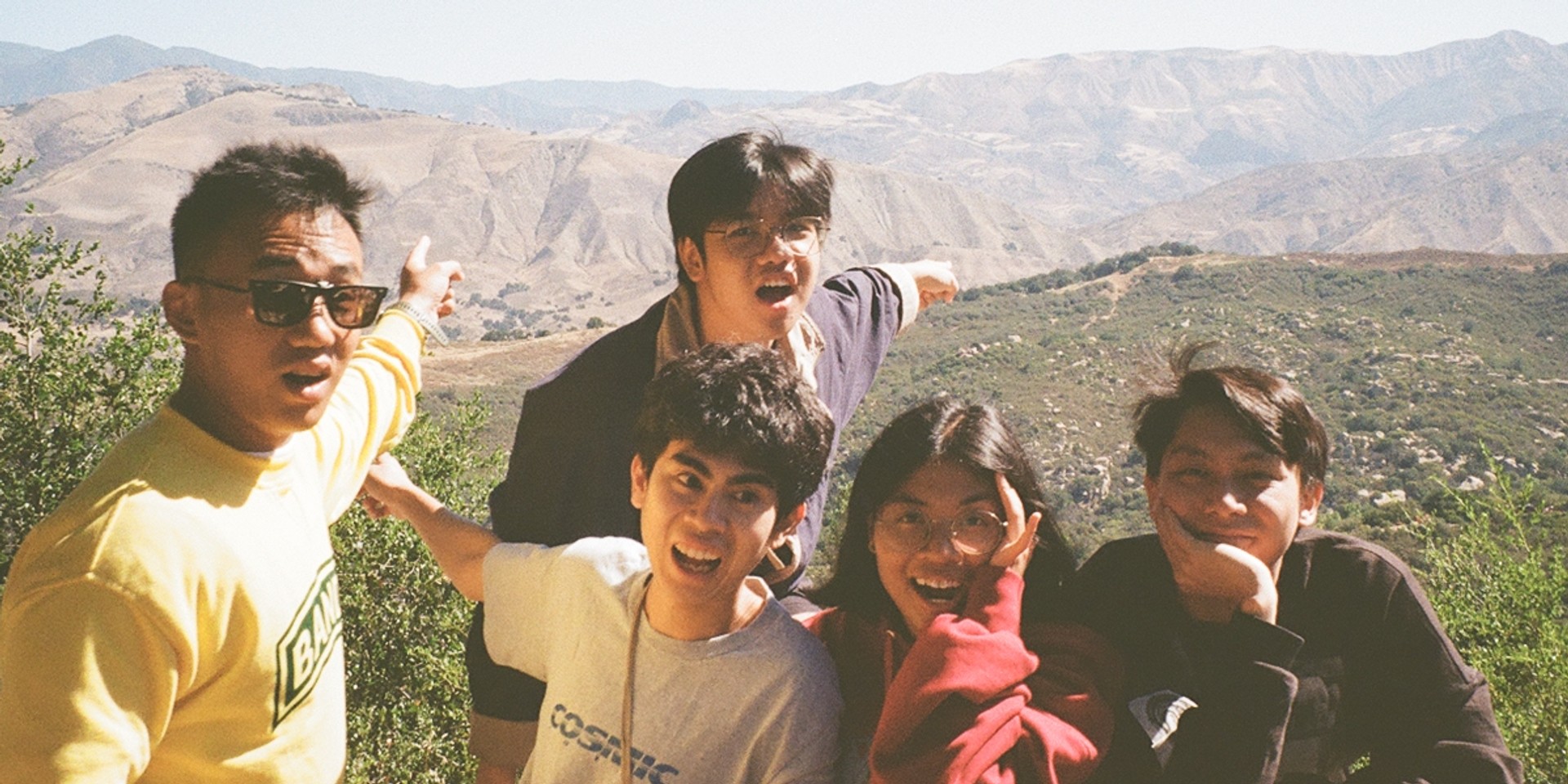 Subsonic Eye has just wrapped up their US tour.

The Singaporean indie-rock quintet made their way across the United States in June, playing in California, Oregon, Washington, New York, Pennsylvania, and Massachusetts. The tour followed the Bandwagon Live concert at Singapore’s Gateway Theatre, which also featured the likes of Sobs and Cosmic Child.

During their time away, the young prodigies were also featured on Seattle public radio station KEXP’s Live series, marking their second time on KEXP, but their first time to perform live at the studio. The band played three songs: ‘Bug In Spring’, ‘Yearning’, and ‘J-O-B’, as well as shared their history, and works thus far such as their critically acclaimed album ‘Nature of Things’, and revealed that their upcoming songs tackle the band members' acclimatization to working life.

As Subsonic Eye brought their heartwarming magic to various venues in the States, they also made sure to chronicle their memories. The band shares photographs and little pockets of their travels with us, allowing us to live vicariously through their snapshots and learn more about their maiden US tour. Wahidah, Dan, Spencer and Lucas reached LA first; Jared could only come one day later cause he didn't have enough days-off from work. LA is such a beautiful city, and the weather was amazing. All our gear didn’t make it to the airport and Spencer left his wallet in the airplane, so the first day was a mess. Luckily, Dan's guitars and Lucas' drum stuff came the next day, but Spencer's bass never came. First of the many Mexican foods we ate in the US... it's insane. Our friends from Young Lovers brought us to The Last Bookstore in LA and it was awesome. So many good records and books. Spencer bought a bicycle touring book. Soundcheck for our first show! We played at this place called The Echo. We didn't manage to take pictures for the show itself cause Zasha (who took these pictures) was busy managing the merch booth. It was insane how many people came down and talked to us afterwards; we even saw a guy wearing a Cosmic Child shirt (one of our bestest friends). Definitely a good start to the tour. With the opening act for the LA show, Young Lovers! Super nice guys, we love them so much. We owe a lot to them because they let us ship our big box of merch over to their place from Singapore first, so we didn't have to bring it onto the airplane with us. They also introduced us to the openers for our show in San Francisco: Wander! Along the drive to San Francisco. Surreal views. Dan plays a lot of GTA 5 and he couldn't believe how well the game captured the place. A lot of the tour is just this… and this... we're all under 25, so we weren't allowed to rent a 7 seater. We had no choice but to cram 6 people into a 5 seater car, and try to efficiently pack our gear and bags into the trunk as best as we could. We lived like this for 2 weeks. Our San Francisco show was on the same day we reached. We played at this place called Brick & Mortar, and it was awesome. The opening bands, Wander and Quick Fiction were really good. We talked to a lot of people and everyone was so nice. With Wander, and our good friend Ishan at the extreme left! He filmed our whole set on VHS and we had never seen a VHS camcorder before. He also recommended a lot of cool places for us to check out for the next few cities. The next day, we drove up to Twin Peaks. It was surreal. You can see the 5 of us at the top of the hill if you zoom in. Beside Lucas is Zasha! We love her a lot. She came along with us to help out with merch, driving, and documenting a lot of the tour. The ride up to Portland was beautiful. All the lush greenery just popped out of nowhere. The AirBnB we stayed at in Portland was our favourite, but unfortunately we only had enough time to hang there for a couple of hours because, after the show, we had to drive to Seattle immediately. Portland show! For shows in US, you have to bring your own backline (drums, amps), unlike in Singapore where the venues will provide the equipment. Our opener in Portland was Candy Cigarettes, a solo act. We couldn't afford to rent equipment so we put out an Instagram Story asking who could let us borrow drums and amps. Luckily, 2 super nice guys Kellen and Justin reached out and helped us out. We're very grateful for that. Right after our Portland show, we drove 4 hours at night to Seattle. We wanted to get there early so we could get enough sleep for the KEXP session, which was filmed pretty early. None of us could believe this was real. Right after the KEXP session, we played at this place in Seattle called The Sunset Tavern with math/emo band Curse League. Super nice guys, we told them to check out Forests. From Seattle, we took a flight out to New York for our next show. We were extremely hungover from celebrating KEXP the night before. We didn't get to take many pictures for our show in New York but that was probably our most packed and favourite show. We couldn't believe how many people there were. Our merch sold out that night. We stopped by this music shop called Atomic Guitar Works. Spencer's bass never came, so he just went ahead and got a new one! No regrets. Philadelphia was our favourite city to hang out in. We played at this venue called Johnny Brenda's, with one of our most favourite bands, 2nd Grade. So crazy to play together with them, they were f*cking awesome! On the way to Washington… A lot of our meals were like this. We didn't wanna leave our car alone in case it got broken into, so we'd take-away the food and eat by the parking lot. Washington was probably our loudest show. Our initial openers had to pull out, which also meant we didn't have any drums and amps to borrow. I put out another post on Instagram asking who could help us out. Marc from Ultimate Overshare reached out and said his band could let us borrow their gear, and I told him they might as well be the openers! Really awesome guys. Our last show in Boston was sold out! We played at this cafe inside Berklee College of Music. We met this couple there who told us their wedding song was our song 'Tired Club'. We initially didn't plan on playing that, but after he told us that, we just had to. It was so crazy to hear that. With the opener for Boston, Addie! They were super sweet to us and had GREAT GUITAR TONES.