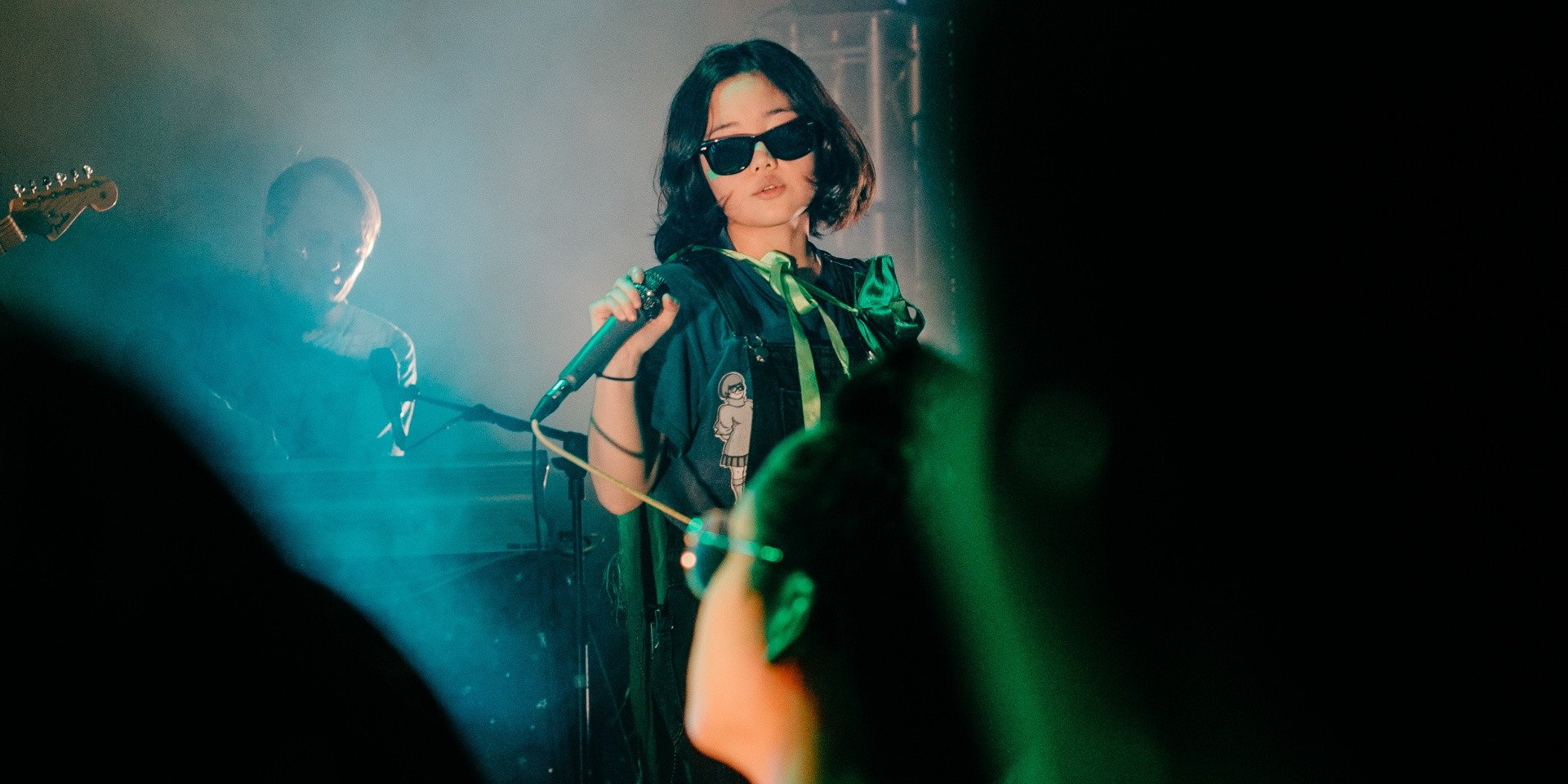 Riding on the immense success of its eponymous debut album, which was released in March last year, Superorganism put on a show at The Pavilion last week filled with fun, dance and excitement. It was a blueprint for a supersized Friday night party that was instantly enjoyable and everyone danced with legs swinging and arms flailing. The octet formed just a little over a year ago, in late 2017, released a studio album in a year and is slated to perform at Coachella this year, in which the band hopes to nail according to guitarist Harry, whom we spoke with days before the Singapore show.

For most, one of the ingredients for a raving party is a little fireworks to spark excitement, and for that night, it came in the form of Singaporean bedroom-pop darling Shye. Armed with just a laptop and microphone, she stood in front of the audience and declared, “Go as crazy as you can”, before descending into a parade of pulse-pounding tracks. From the way she moved on stage – bounding from one side to the other, a few head jerks and a little shuffling – to her witty monologues in between songs, she exuded a charm so genuine, you couldn't help but move along with her as well. 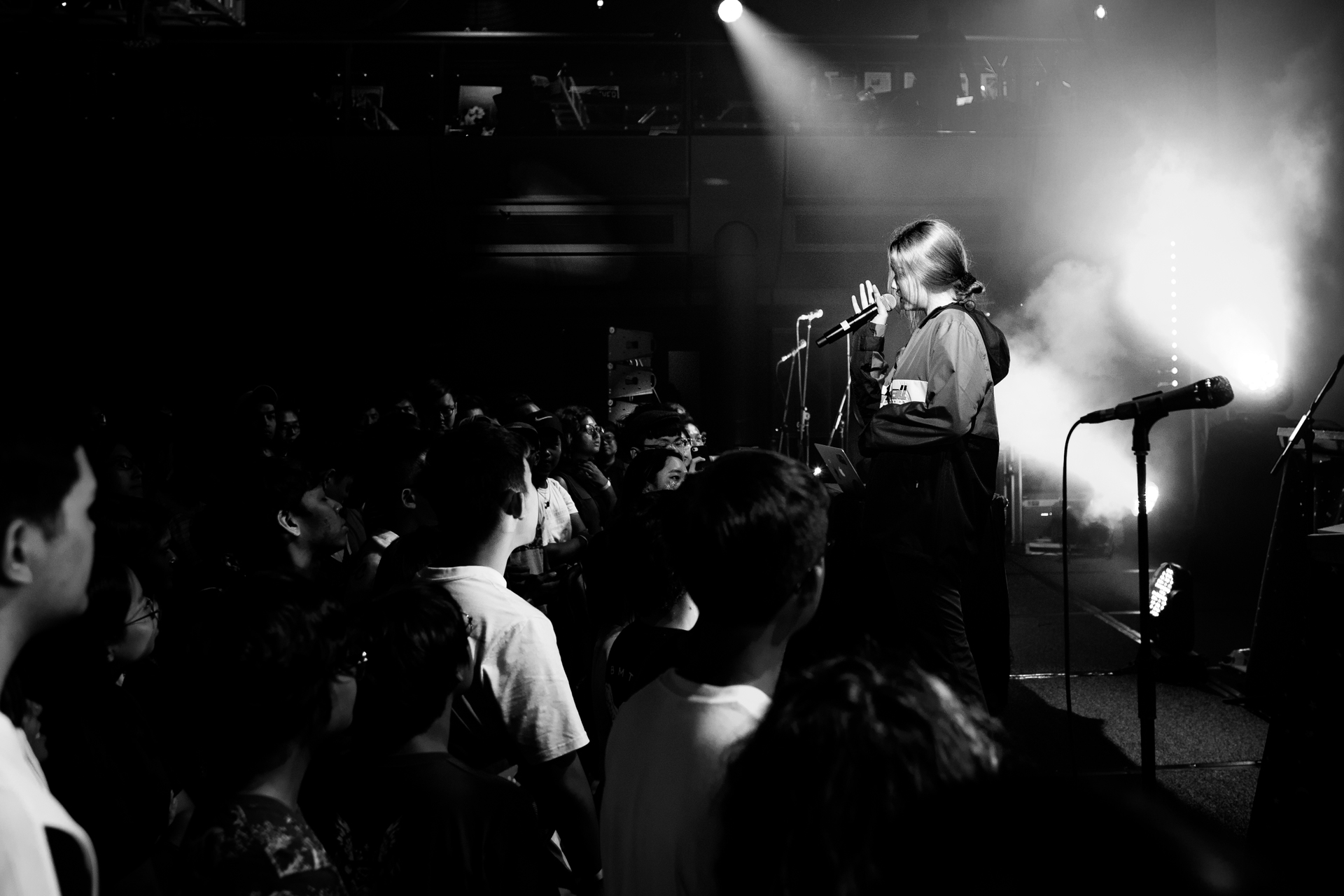 As the lights dimmed, the crowd was treated to a short and uncanny introductory video, with a robotic female narrator and as it was playing, the excitement in the air grew. It was almost as if you were watching the opening scenes of a movie, and that was how Superorganism presented its show – a fully, immersive experience that fixated the audience every minute the band was on stage.

After the first visual ended, the band march in fully clad in glitter onesies and carried various items such as pom-poms and ribbons sticks, along with the member’s individual instruments. It was a parade and we were part of it. 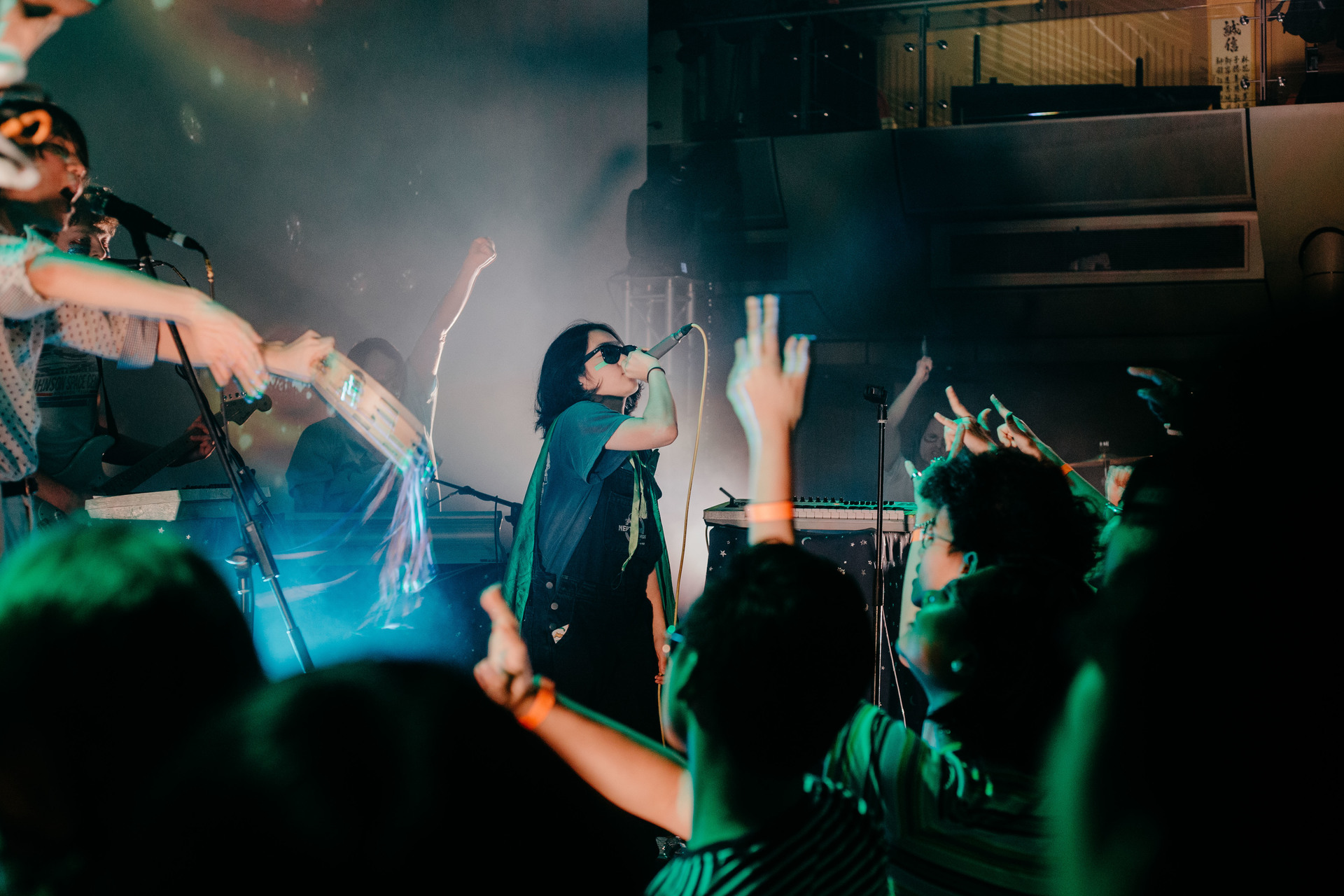 Starting off with an explosive anthem, ‘SPRORGNSM’, everyone in the room was screaming, “Everybody wants to be a superorganism/ a superorganism”, along with the band. Adding the colourful words which were flashing in the background, the result was enthralling. Lead vocalist Orono Noguchi, better known as OJ, was similar to that party host that goes around the room, pouring everyone drinks and be all-round accessible. She was warm, excited and receptive by replying to almost every ‘I love you’s that came from the crowd.

Keeping up with its brand of fun-loving, every single track performed that night was preluded by quirky visuals and the members used an array of amusing looking instruments such as tambourines with ribbons tied on or glowing led ball-shaped shakers. And as the night proceeded, the crowd was continuously entertained with bangers such as ‘Nobody Cares’, ‘Reflections On The Screen’ and ‘Everybody Wants To Be Famous’. During ‘Relax’, OJ asked the crowd to squat and jump on the count of three, to which everyone, some of who were in heels, participated in. 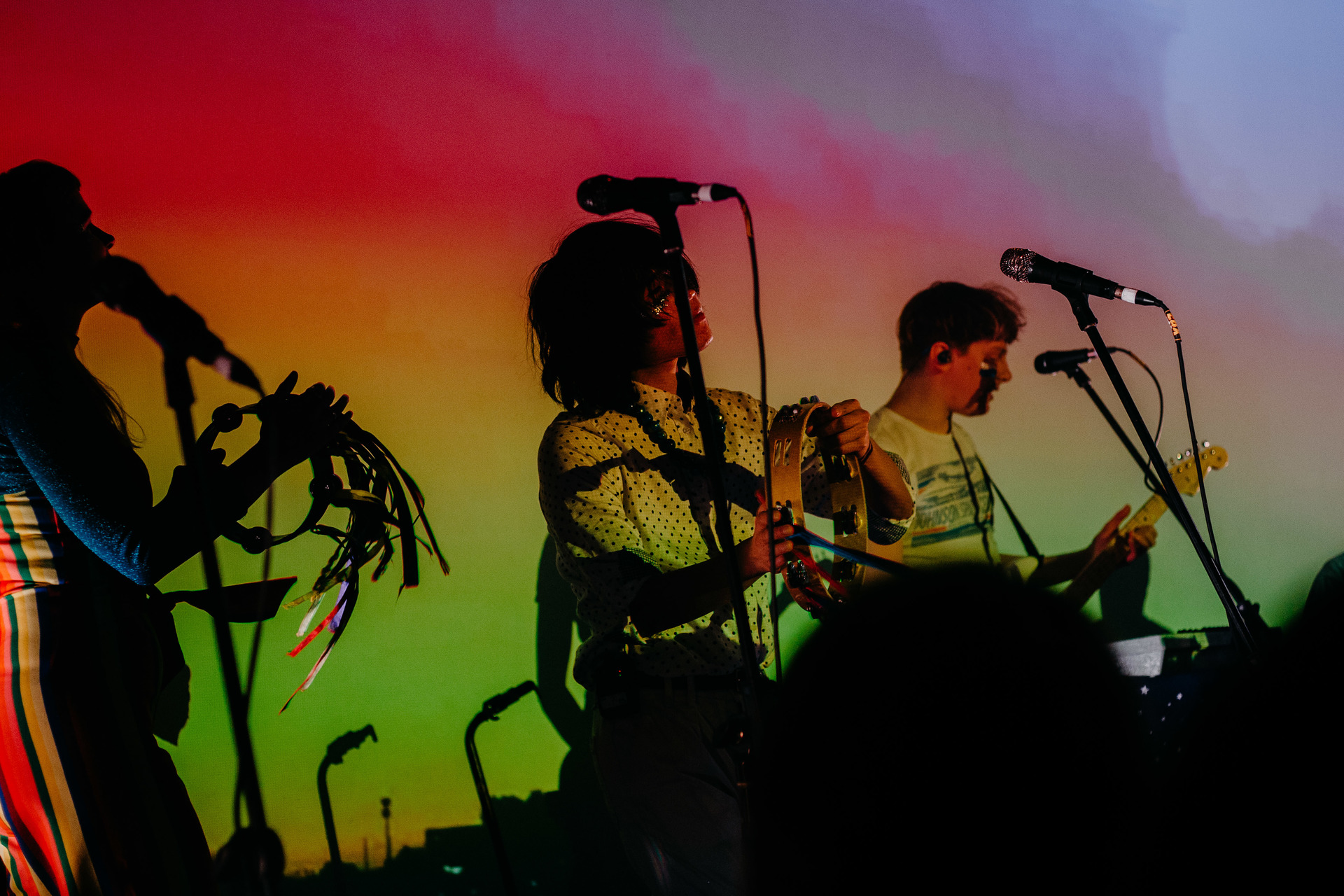 As the band finished out its "last" song, the crowd chanted for one more and OJ replied jokingly, “I love you, Singapore. I came here a lot as a baby and now I’m here, without my mom shopping at Mustafa. So, thank you so much!” And the audience was treated to the actual closing number, ‘Something For Your M.I.N.D’.

For its debut in Singapore, Superorganism has certainly made a lasting memory for all those who attended. It was refreshing and reinvigorating and it was proof that when you perform with so much conviction, that feeling will resonate strongly with those in presence. All eight members were the life of the party, in ways that come so naturally to them, and in every moment that night, everyone, whether they already felt like one before, was the life of the party too.

Something For Your M.I.N.D