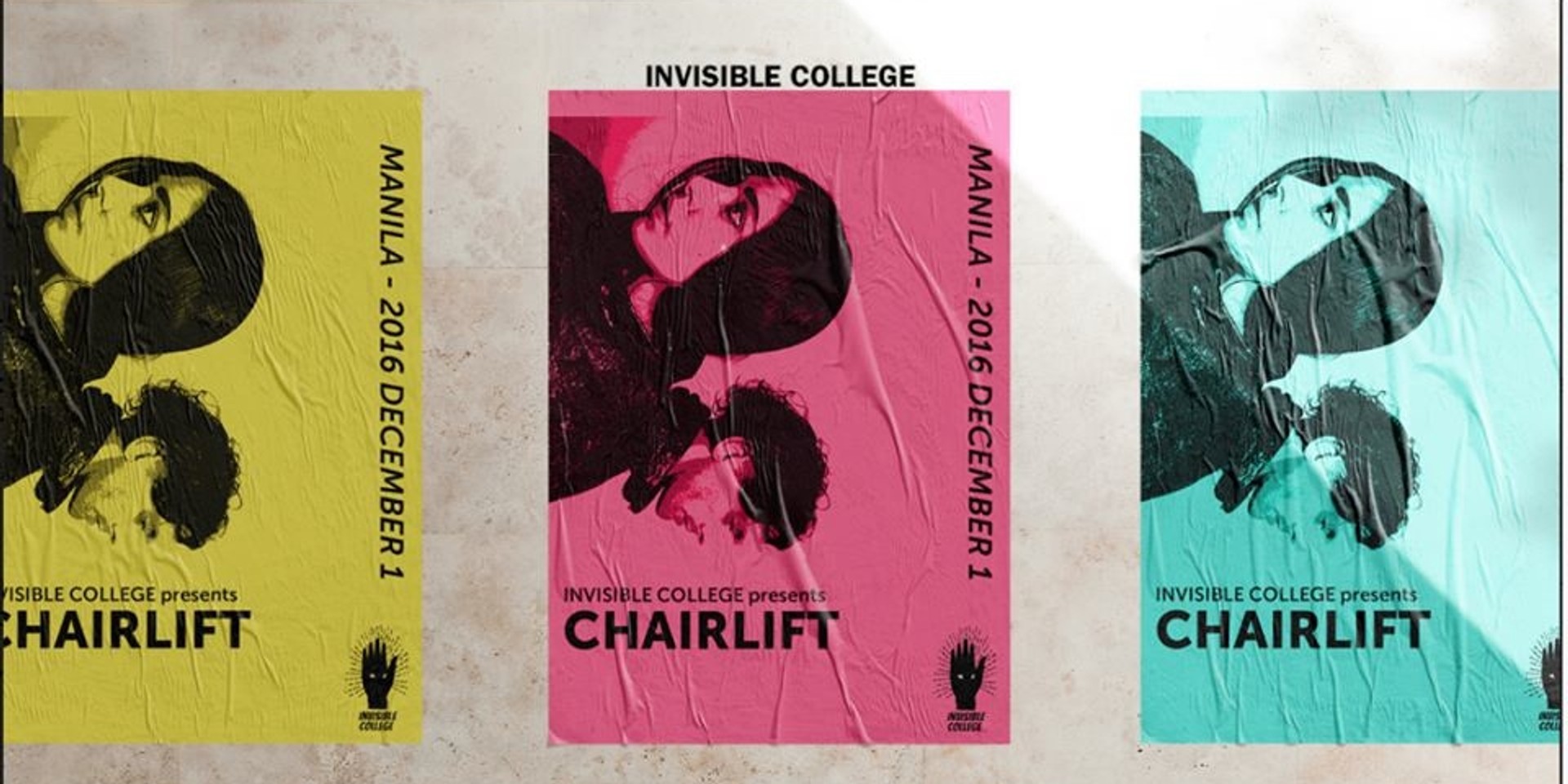 New kids on the block The Invisible College are set to make their debut into the live music scene next month. The Manila-based boutique concert promoters have chosen to bring Chairlift for their first-ever show. The NY-based duo, comprised of Caroline Polachek and Patrick Wimberly, are currently promoting their latest release, Moth, and will be touring bits of Asia, kick-starting their tour with performances at Neon Lights Festival in Singapore and Australia. The American synthpop duo will be performing in Manila for the first time at Black Market on December 1.

Tickets are priced at 2,500 PHP each and are available online. 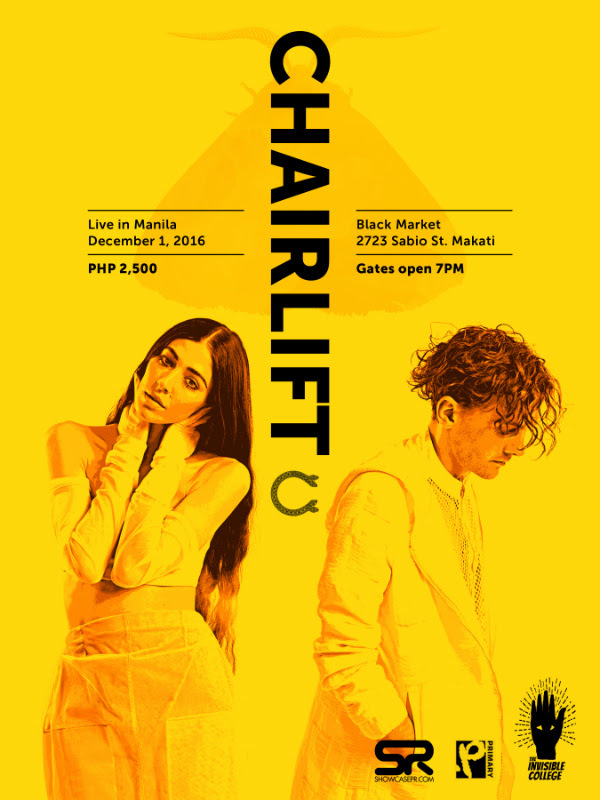 The Invisible College has also announced a Meet & Greet contest. Details below:

Chairlift Live in Manila is happening on December 1 at Black Market. Presented by The Invisible College. Tickets available here.