This year looks set to be an exciting one for gamers and TikTok users alike.

In a statement on its official website on 24 February, global esports organiser Forest Interactive Gaming Habitat Team (FIGHT Esports) announced that it has entered a one-year partnership with TikTok Southeast Asia to bring the world of esports to the popular short-form video platform.

TikTok Gaming Ground PH (TikTokGGPH), a channel run by TikTok Philippines and FIGHT Esports is the first project that this new collaboration has spawned. It is dedicated to collecting gaming content from the TikTok PH gaming community and hosting live gaming events and tournaments, which includes the upcoming #TikTokGGPH Creator Cup Tournament. 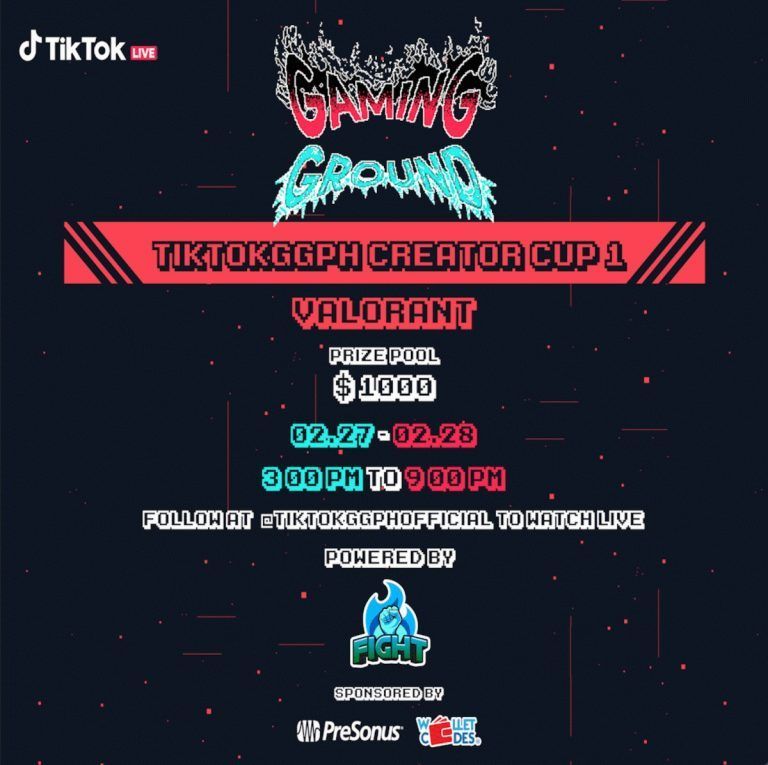 Scheduled to be held from 3 PM to 9 PM (PHT) between 27 February and 28 February, the tournament will take place in the world of Riot Games' popular multiplayer first-person shooter game, Valorant. The event will be livestreamed via TikTokGGPH's TikTok channel.

John Castro, TikTok’s Gaming Operations Manager for the Philippines, said: “TikTok continues to pursue opportunities to inspire creativity and bring joy to all Filipinos. With gaming actively becoming a positive source for community building and enjoyment, we are happy to be doing our part in providing the growing gaming community with a platform for education, positive connections, and interaction."