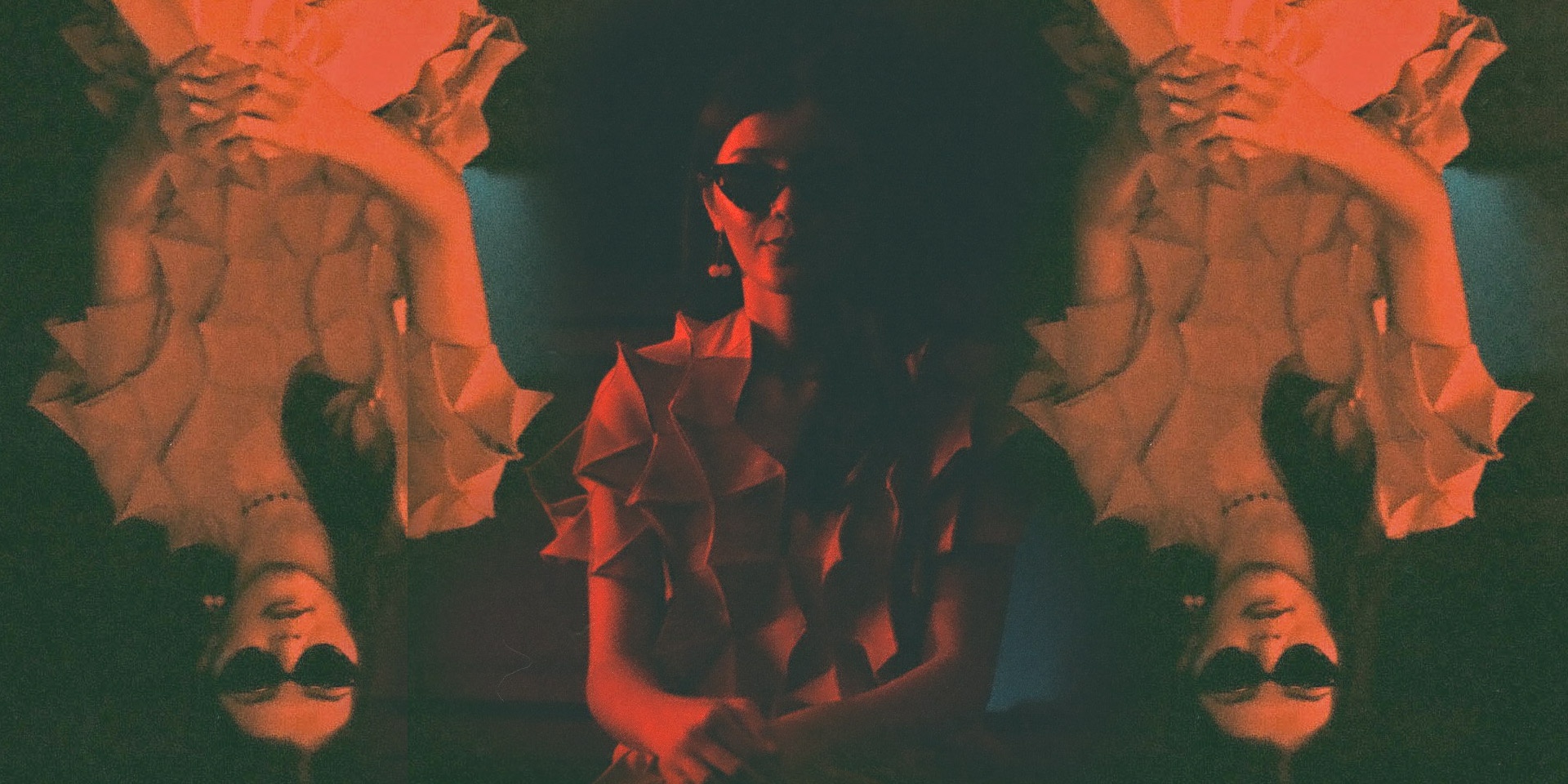 Peaceful Gemini has decided to speak up.

Following the release of Assembly Generals' powerful 'Hands Off' music video off their sophomore record Fatigue, the Filipina emcee, who recently released a new solo single called 'Warrior Princess,' opened up about a traumatizing experience that inspired her verse for the track.

Bandwagon spoke with Peaceful Gemini to share a little more about writing 'Hands Off,' how she's healing from such a terrifying experience, and what survivors could do to seek clarity.

How were you able to bring yourself to a place, mentally and spiritually, to open up about your experience and pen it into a verse?

I believe the term for it is 'spiritual bypassing' which is the tendency to use spiritual practice as a way to avoid facing issues.

One of the first things I did to cope with such a painful and scarring experience was to turn to spirituality because it was something that I had already been practicing long before. Unknowingly in the process, I ended up denying my truth, silencing myself, and burying my trauma.

I didn't realize that was what I was doing because during those times, it became my only salvation. It was my way to regain strength and some sense back into my life. Now that it has become more clear to me, I don't regret how I chose to embark on my process of healing. I simply couldn't accept the truth of what happened initially so I chose to focus on other truths instead. I was on survival mode and that was seemingly my only viable option.

The turn of events at that point in time was literally like an out of body experience for me so it's understandable how I turned the focus to my spiritual side because in the first place, I had already found comfort and solace around that. 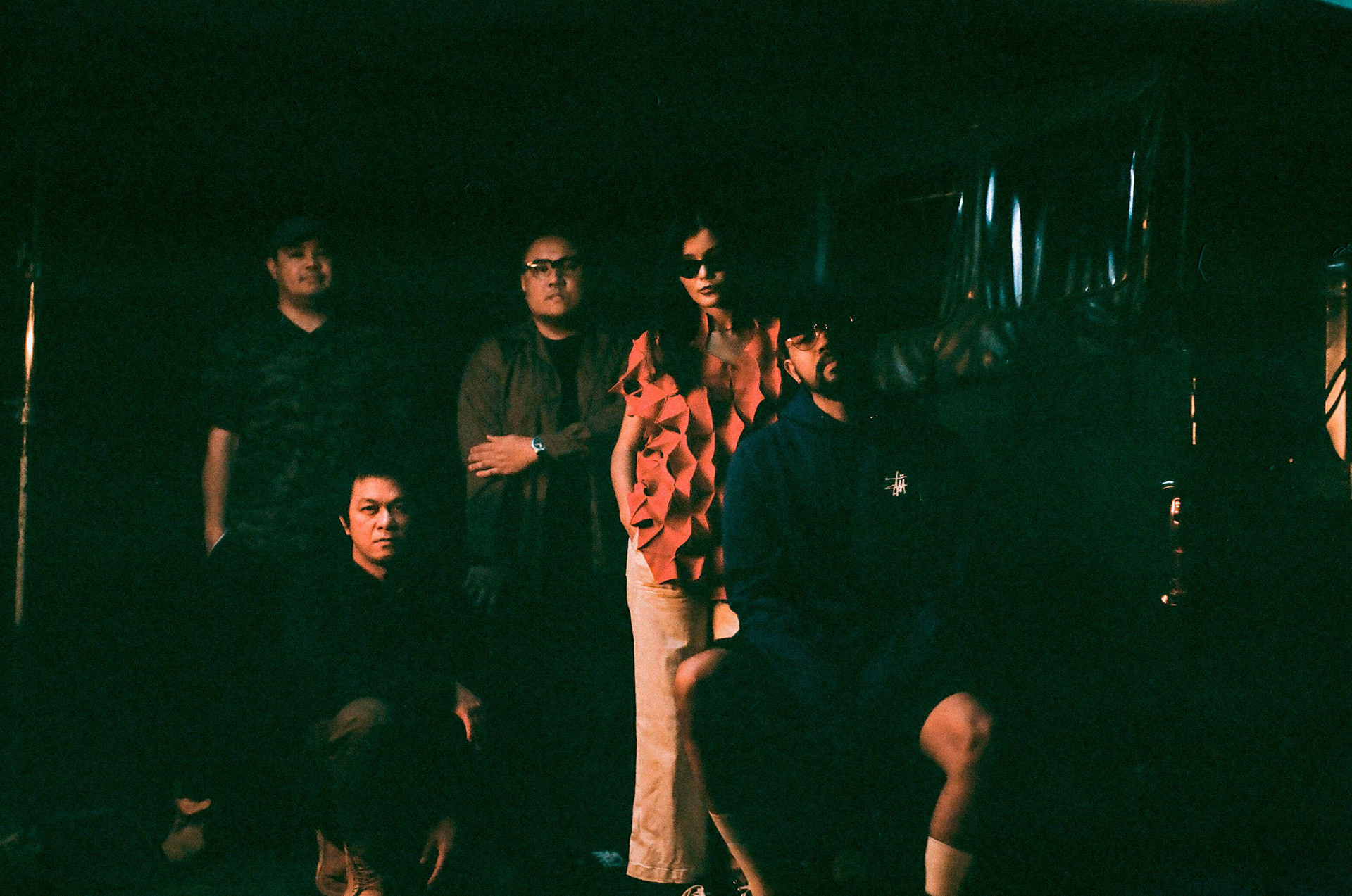 In the moment that the incident took place, my whole body had shut down and I was operating from a space wherein I wasn't present in my very own being... To the point that I addressed my perpetrator as if everything's okay and what he did to me never happened in the first place.

That's what trauma does to a person—it compromises one's capacity to metabolize an experience that is far too heavy to digest. I made it seem like I was okay but what I was really feeling at my root core was freezing numbness trapped in my very own weakness as I was put in the mercy of an abuser. Somebody who disguised himself as an upbringer of culture, who pulled me tight and kept his massive weight on me as he forced himself in.

Never forget. You can't talk peace and be a predator to women.

The stress of that event was greater than the number of resources that I had to deal with it. So what did I do? Like many people who've gone through the same thing, I buried that memory. I couldn't even consider the fact that it actually happened, otherwise it would've been (what I then perceived as) my doom.

I turned to nature, surf, travel, music, performance, and my friends—I went on with my life trying to cover up that wound until one day, I couldn't hide it anymore. I had pulled my last straw and I just couldn't allow myself to be in a situation where my boundaries would be disrespected again. This was the point wherein I began writing my verse for 'Hands Off' and while that catapulted me into the journey of my creative release, the issue was still very much a private issue that I dealt with myself.

From then on, it was a slow process of unfolding, like peeling back the layers of an onion whilst many tears of pain and healing were shed. First, I had to accept the fact within myself and really feel things deeply—whether it be grief, anger, guilt, or shame—whatever came up that was authentic to me.

Through connecting and doing inner work, I was able to address my trauma head-on and tune in to that part of me who just wanted to scream "HANDS OFF" at the exact moment that my perpetrator could not get his dirty f*cking hands off me.

The whole creative process that went behind 'Hands Off' allowed me to open up my truth in the way that I knew how—through a creative channel. It gave me a surge of power that allowed me to actually look at my perpetrator straight in his eyes and not lose an ounce of confidence in myself and to even perform the song in his own turf, all while dealing with that trauma on my own. 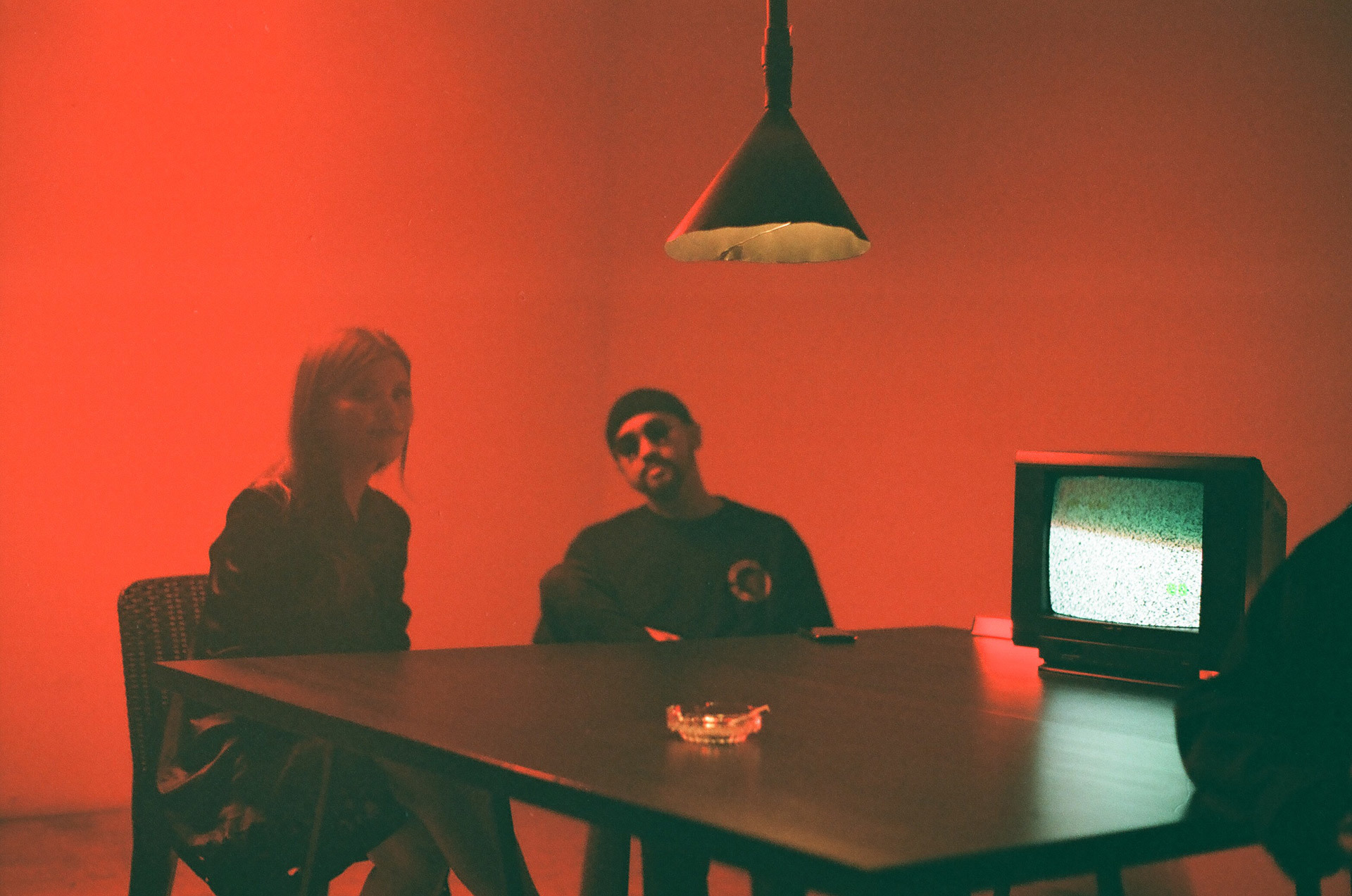 Was your experience something you held on to as a secret or were you able to share it with people closest to you?

I got more and more in touch with my emotions like never before and it allowed me to slowly speak my truth to a chosen few whom I trust. At the same time, it really felt like I was fully expressing myself through the song, although not quite directly.

The energy that flowed every time I spit my verse on 'Hands Off' was balanced in reciprocation with my inner world and outer world. All of a sudden, it was beyond me. I just allowed myself to be a messenger, representing truths that resonated with so many others. I drew strength from that shared oneness and it kept me going through my darkest days.

The turning point of when I started being really vocal about the issue was when I heard from our manager that my perpetrator (who I met through him booking me as Peaceful Gemini) wanted to book Assembly Generals for his event. I immediately said no and finally said it straight up. When my bandmates learned about the details of why I couldn't let us push through with the event, they expressed their support for me. It was a no brainer even when they knew my perpetrator and treated him like a friend, unknowing of his tendencies. 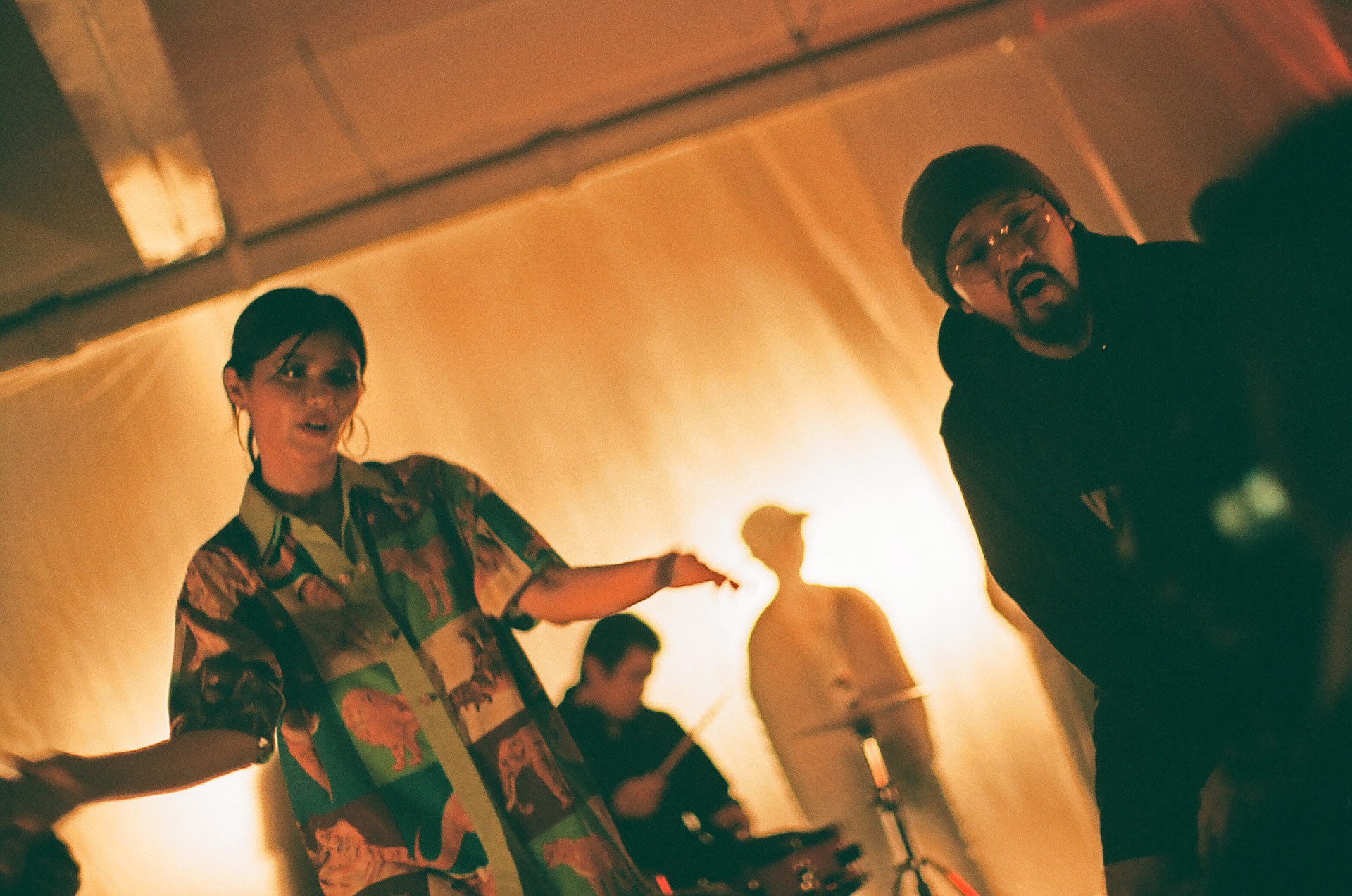 For more than a year, my perpetrator stayed complacent and never owned up to what he did until I finally took it upon myself to confront him. I sent him a message and demanded an apology. He gave it, and though I learned that he was denying the truth publicly afterwards, knowing that I confronted my perpetrator and got the apology I demanded was enough to catapult me into a deeper level of healing and understanding.

Though rightfully so, I was still mad. And I still continue to seek divine justice for myself and all those who experienced being violated and harassed. We can't allow that kind of behavior to move forward with us as a society coming up to ascension.

Best believe I got my tribe with me and we're still out here fighting the good fight. 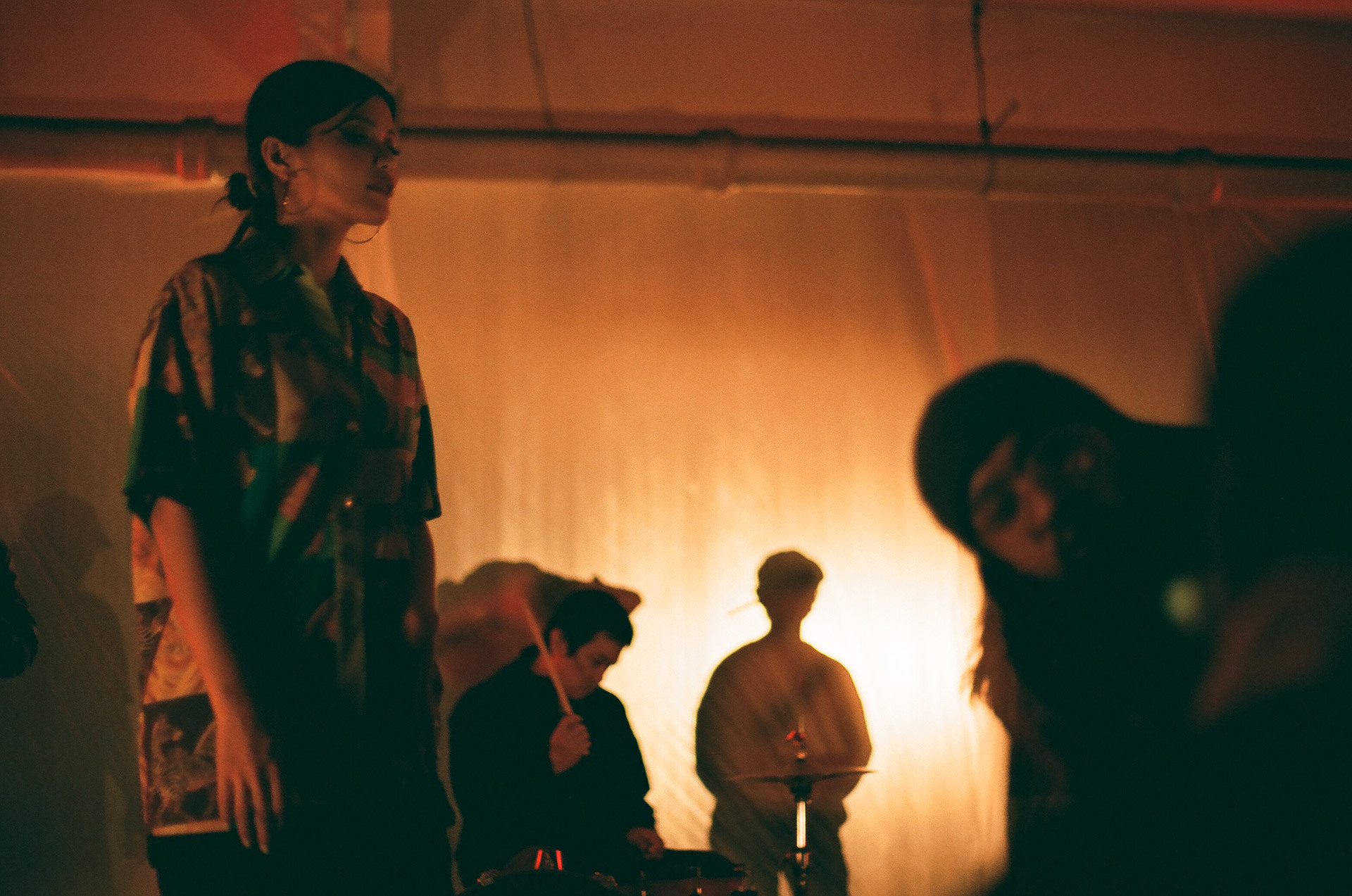 Are there any organizations you feel survivors should reach out to for mental health support you'd like to promote?

Dealing with trauma is hard and messy. If you can, please seek a counselor or a therapist. Before bringing yourself to face a group of people, it's helpful to build a foundation for your own truth so that you will not be swayed by other's opinions.

If you can't at the moment, seek other resources such as online self-help classes, podcasts, meditation, music, or books. Find an outlet that will be therapeutic for you. Do your research and educate yourself because your inner work is your duty and responsibility.

Trust that there are many gateways accessible to you now. It's vital that you are standing with clarity in your individual truth in order to see the collective's interconnecting journeys that will ultimately lead to healing for all.

Reach out to family and friends whom you trust. Know that you are not alone. You are always gonna be supported.

Sending love and hugs to anyone going through this.

Watch the 'Hands Off' music video below.

If you are experiencing an emotional crisis and in need of immediate assistance, please contact the Violence Against Women (VAW) Hotlines below: