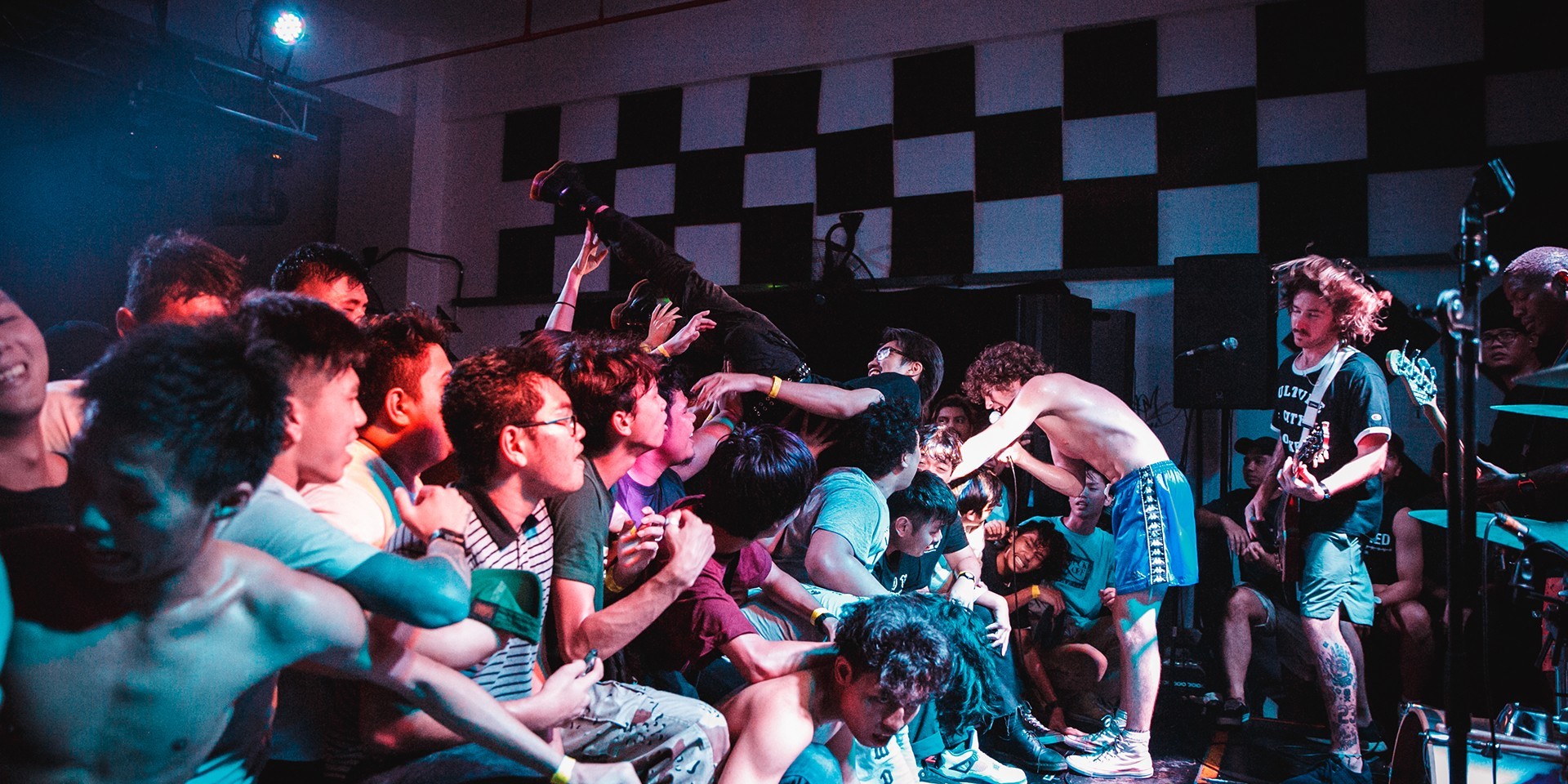 Baltimore hardcore band Turnstile made their Singaporean debut in Singapore at Decline last Saturday and it was truly amazing. As part of their Time & Space tour, the band also made stops in South Korea, Thailand, Vietnam, Malaysia and Indonesia. Formed in 2010, the band grew a substantial following over the years but they really broke through with their sophomore album, Time & Space, earlier this year.

The gig spaces at Yu Li Industrial building were bustling that evening with Anaki Records at Level 3 hosting Wicked Aura and Decline at Level 2 hosting Turnstile. I was amused by the two very different groups hanging out on the first floor. You could easily tell the other apart, for the crowd for Turnstile had dressed to impress, decked out in colourful hoodies, beanies and the occasional denim jacket. 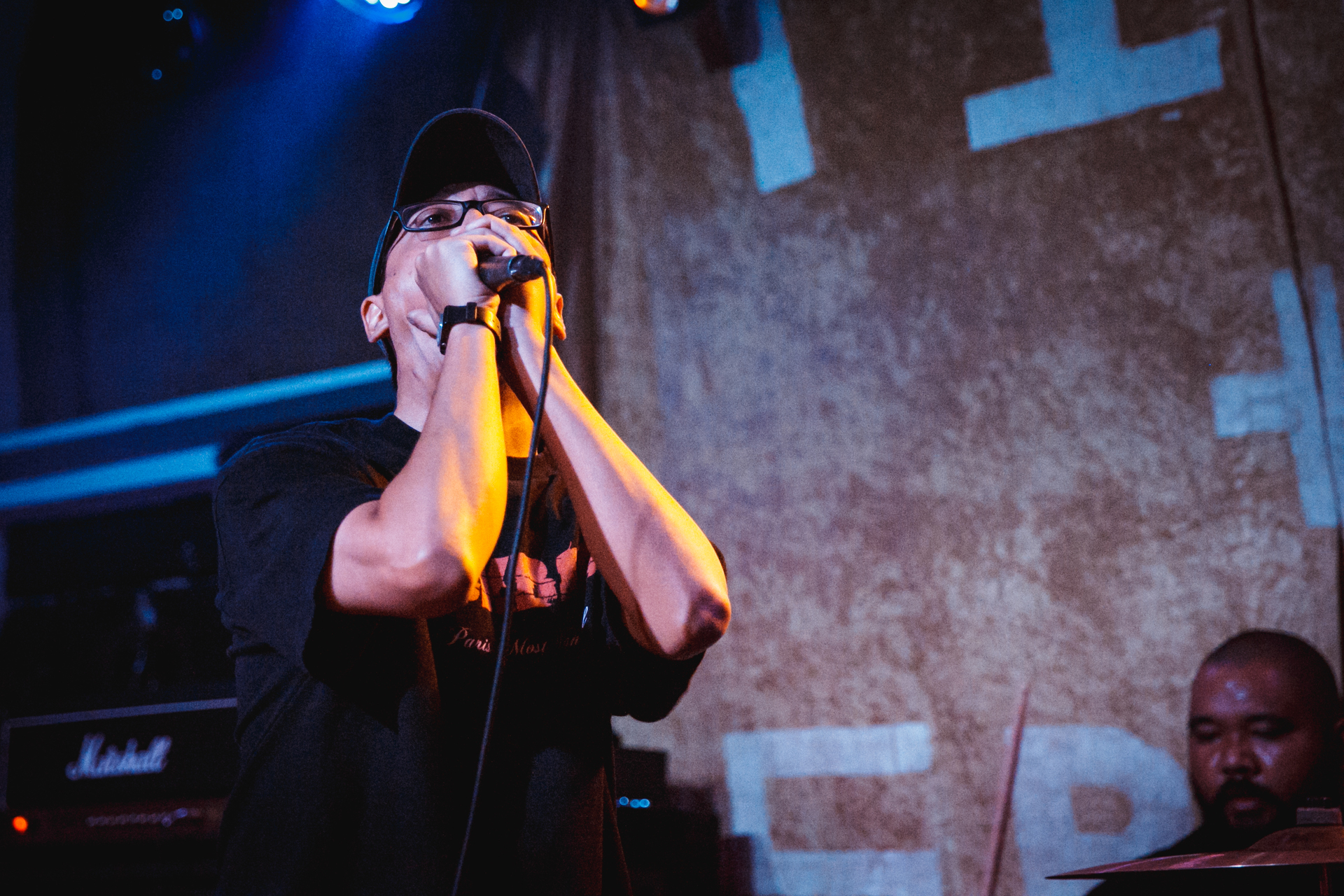 Doors opened at 5.30pm and eager fans queued outside the venue in great anticipation. Local hardcore band Losing End kicked off the show shortly after and warmed up the crowd just right. Less than 10 minutes in, teenagers were dancing in the pit and those that weren't dancing were silently bobbing their heads along. This is the band's second time opening for Turnstile, having opened for Turnstile's Malaysian stop the day before. They knew what madness we could expect. 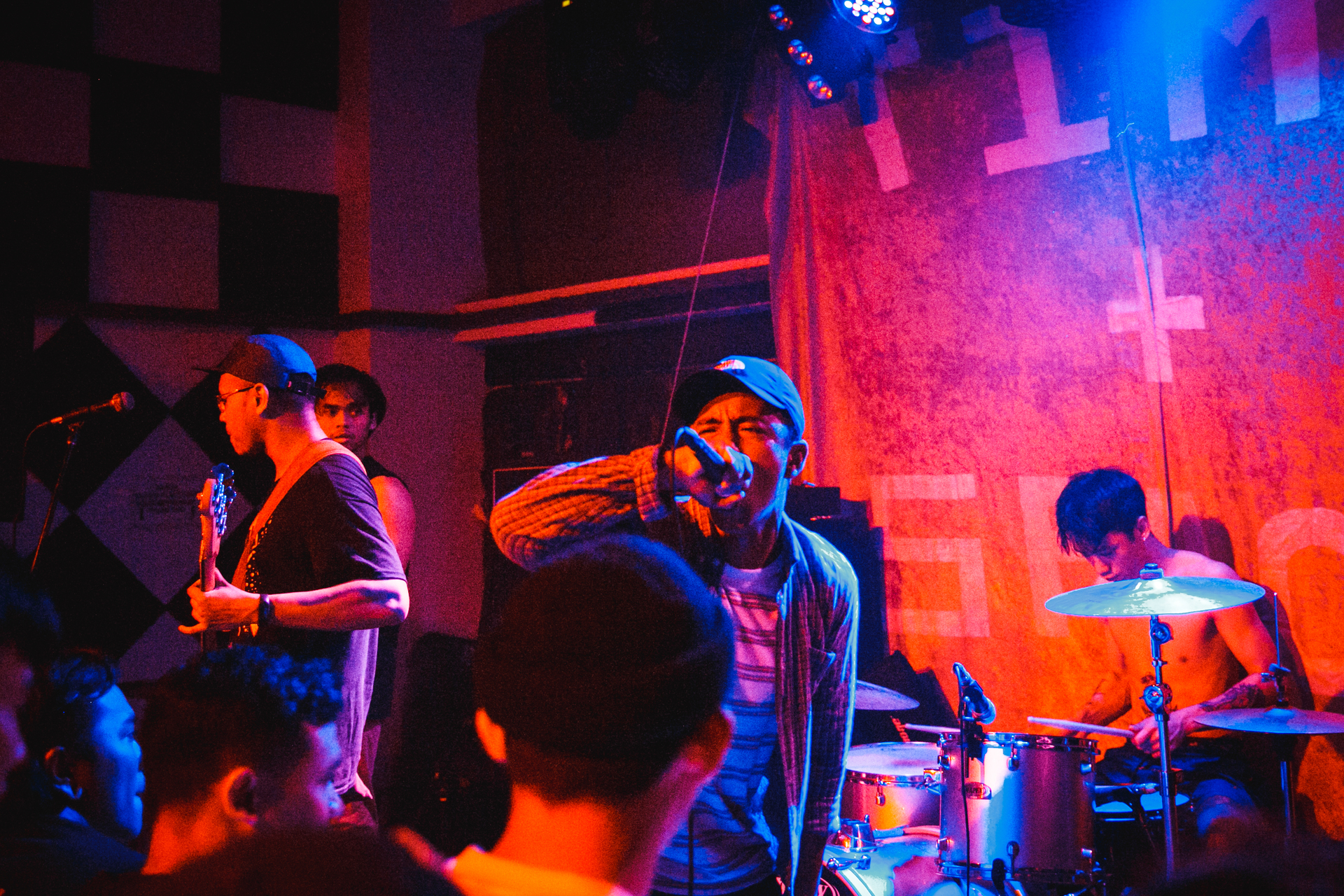 The next band up was another local band, Vital Sign. An up-and-coming band in the scene, Vital Sign really put their best foot forward at this gig. The melodious riffs, the hard-hitting drums and the whole crowd yelling along to their lyrics ("Vital fucking Sign!"), the band was extremely enjoyable live. Their lead singer repeatedly expressed his gratitude to the gig organisers, who made it possible for them to share the stage with Turnstile. 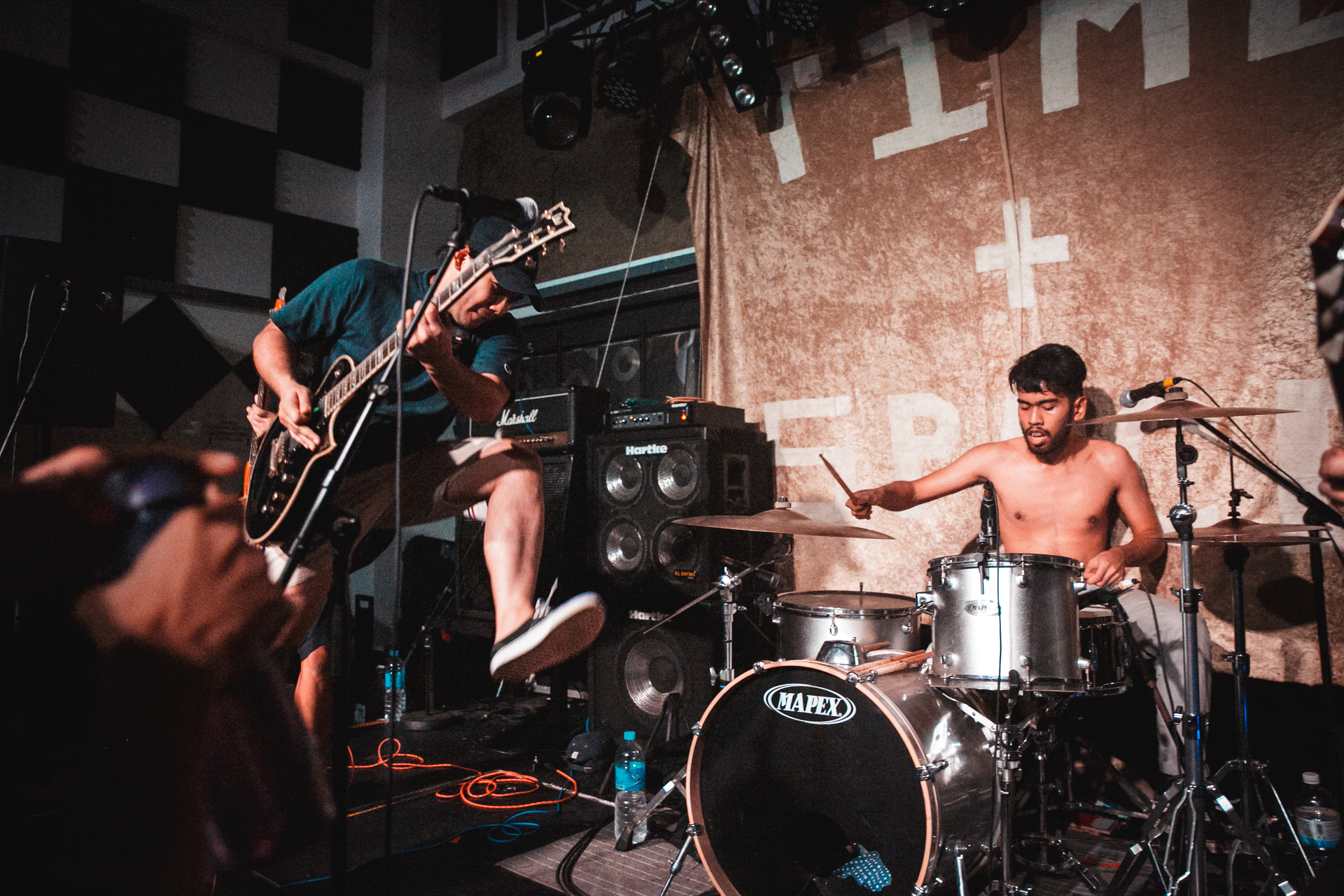 Soon after, emo pop-punk band Social Circuit from Malaysia, took the stage and the crowd calmed down a bit. The sudden switch in genre probably perturbed the crowd, but it kept things undeniably interesting. The variety in the lineup was also apt for a Turnstile show, given the band's love of bending genre. After the first two songs, the crowd was getting used to it, some moving their heads along to the songs. 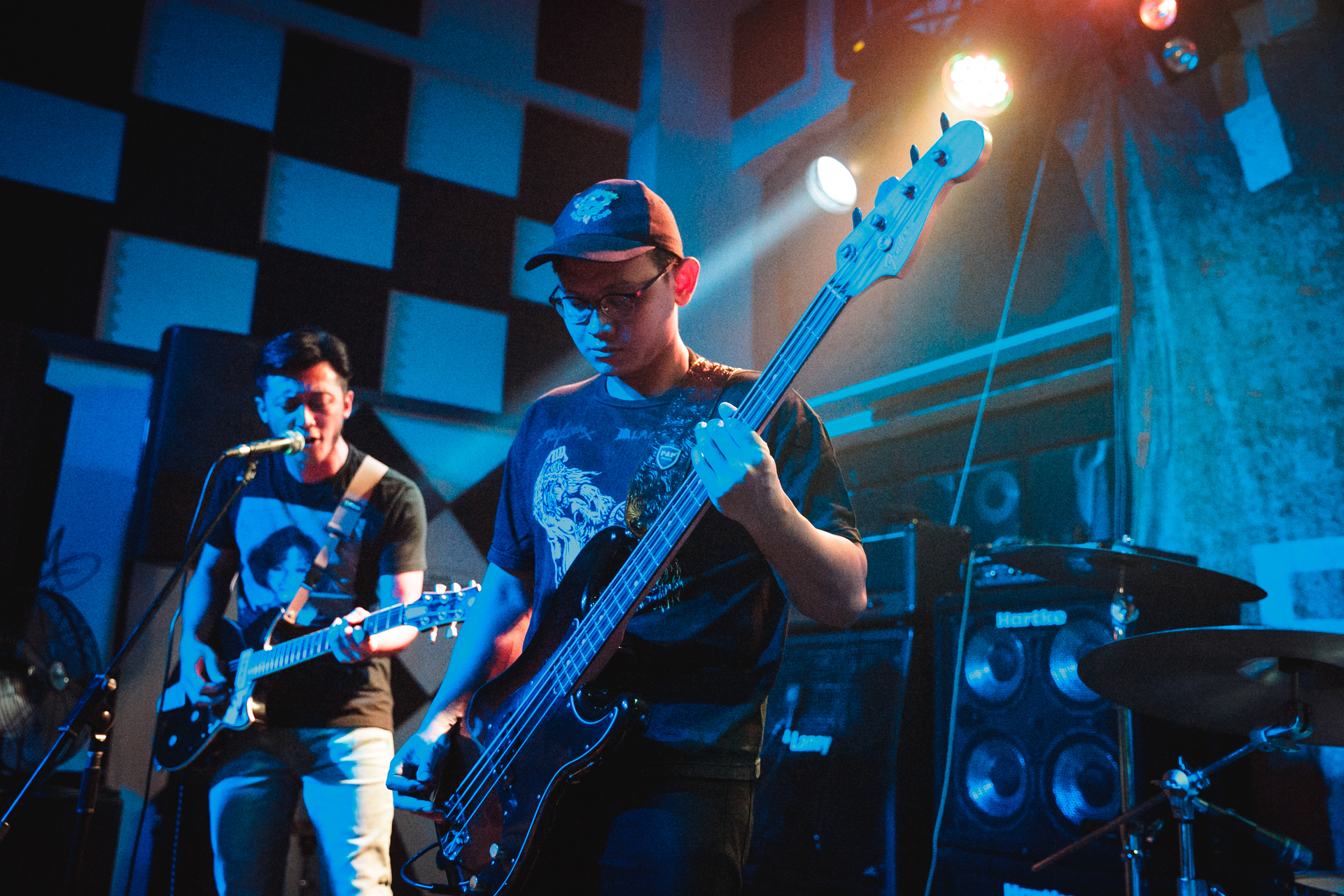 Another odd but pleasant addition to the line-up was local stoner/doom metal band, Marijannah. The hardcore crowd didn't know how to react to Marijannah's lumbering songs, but as the band wrapped up you can tell that they had grew on the crowd and that people liked what they heard. 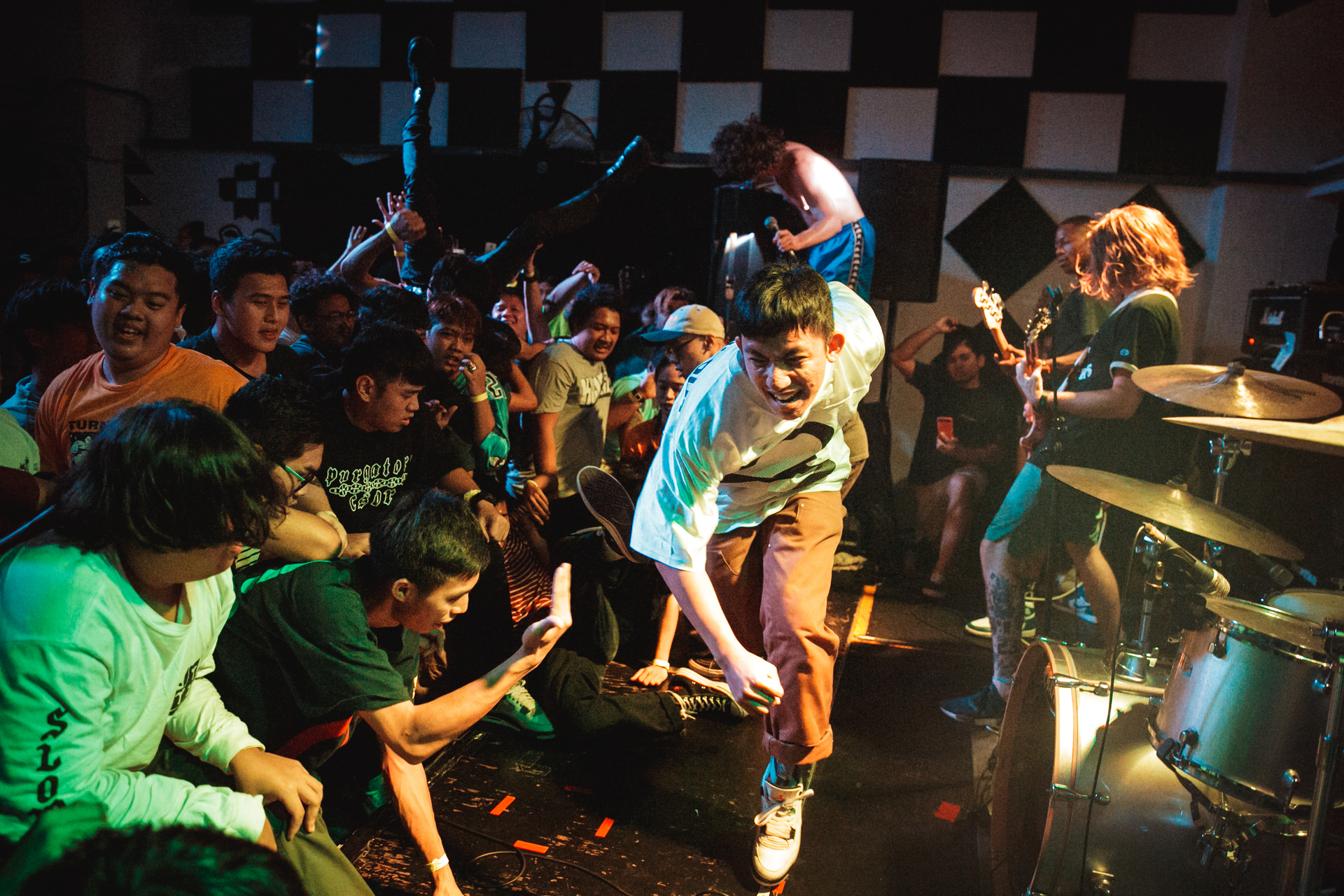 However, the moment Turnstile took the stage, things took off! When they started to play the first note of the first song, people started to jump everywhere, pushing and throwing themselves in every direction, and others expertly cannonballing from the stage or the monitors into the crowd. Although a little dangerous, it certainly created an uplifting atmosphere. 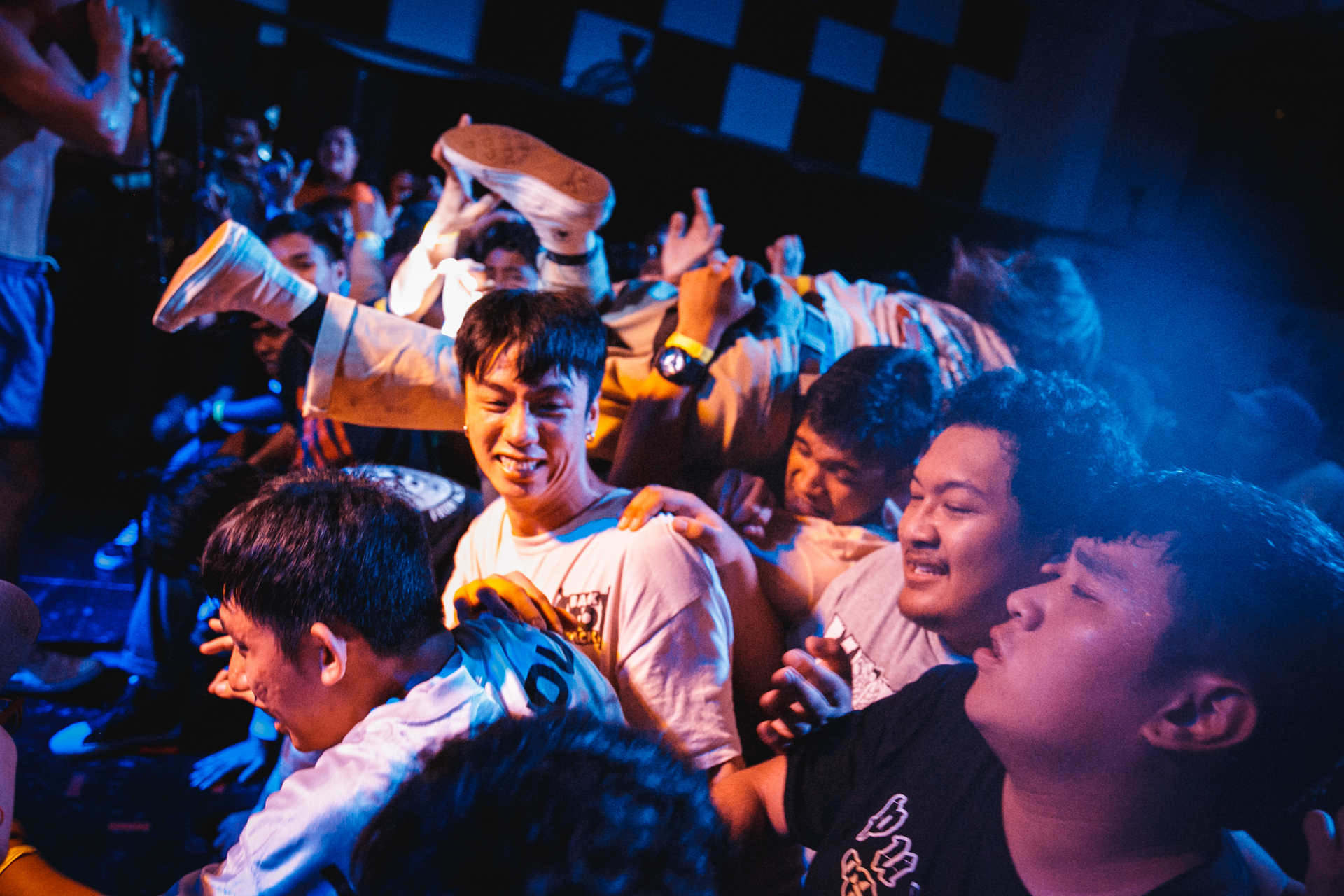 The band's synergy and chemistry were strong and you could hardly tell Turnstile's youth as a group at all. The band played through the Time & Space album and the transition from song to song was barely noticeable. With classic rock riffs, instrumental breaks and even hints of psychedelia, the band's decision to experiment with their sound definitely paid off. 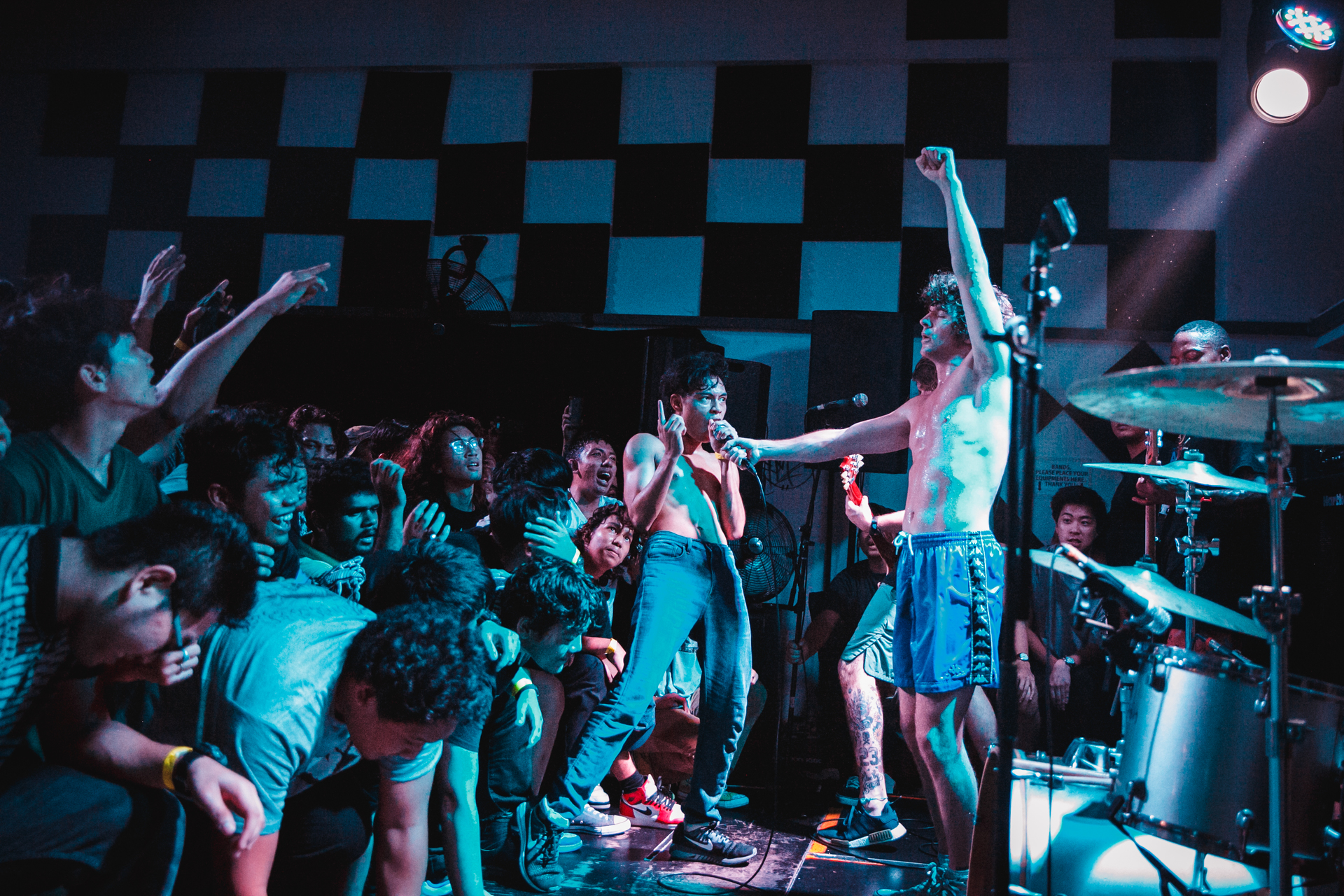 The song that I could not forget that night was 'Moon'. Turnstile's bassist, Franz Lyons, sang in that track and the crowd sang along with him. It was breath-taking and I got goosebumps. 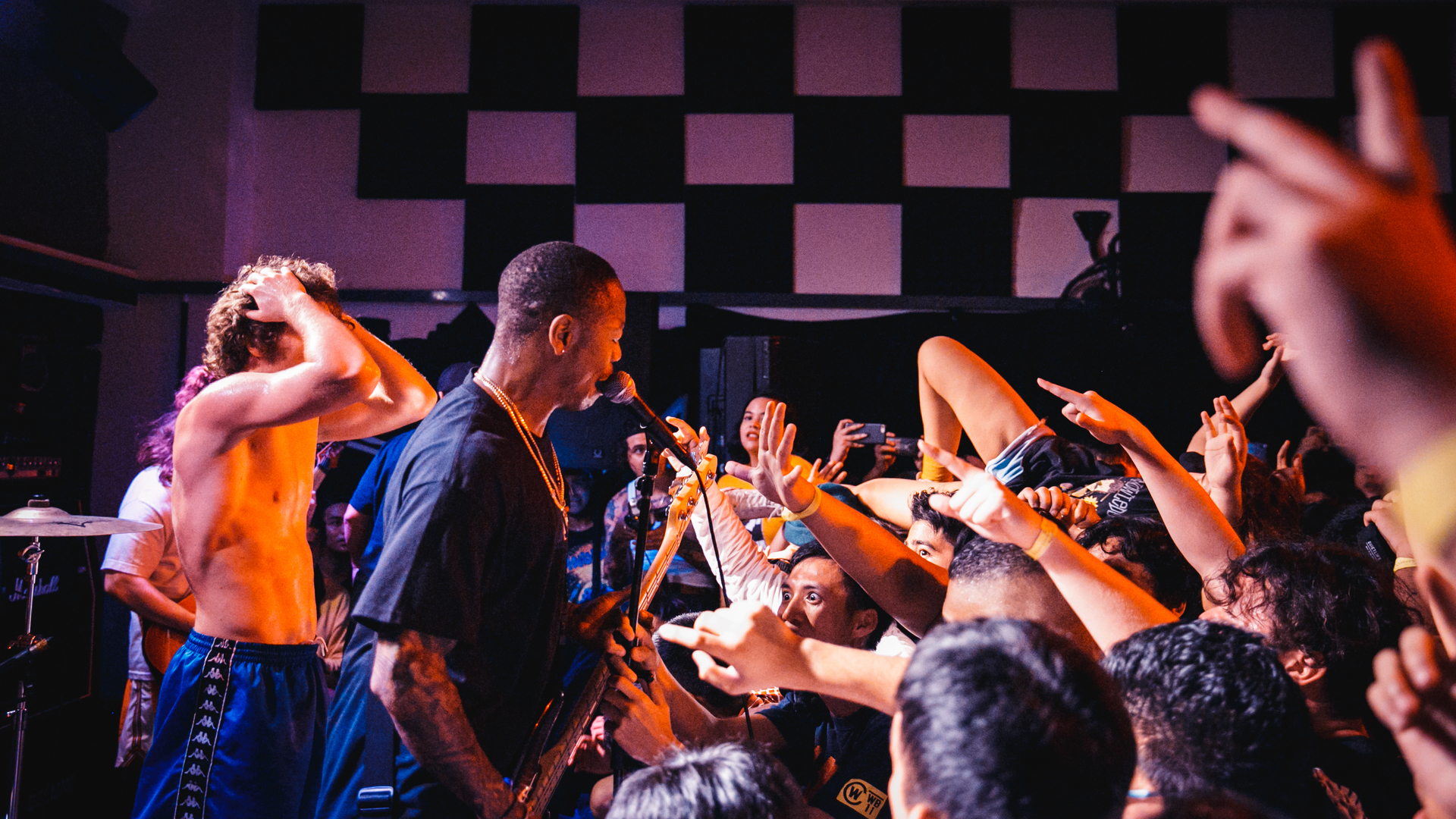 Overall, everyone had a good time. The moshpit was so active but everyone was looking out for one another. Vocalist Brendan Yates, stopped for a little to thank the people who made the show possible and praised the crowd for expressing themselves and for not being afraid to be who they really are.

The crowd was crushed when at around the 40-minute mark, Turnstile said they were already at their last song. When everything ended, Brendan thanked us for our "time and space". We took a group photo with the band and they said they'd hope to see us again soon. 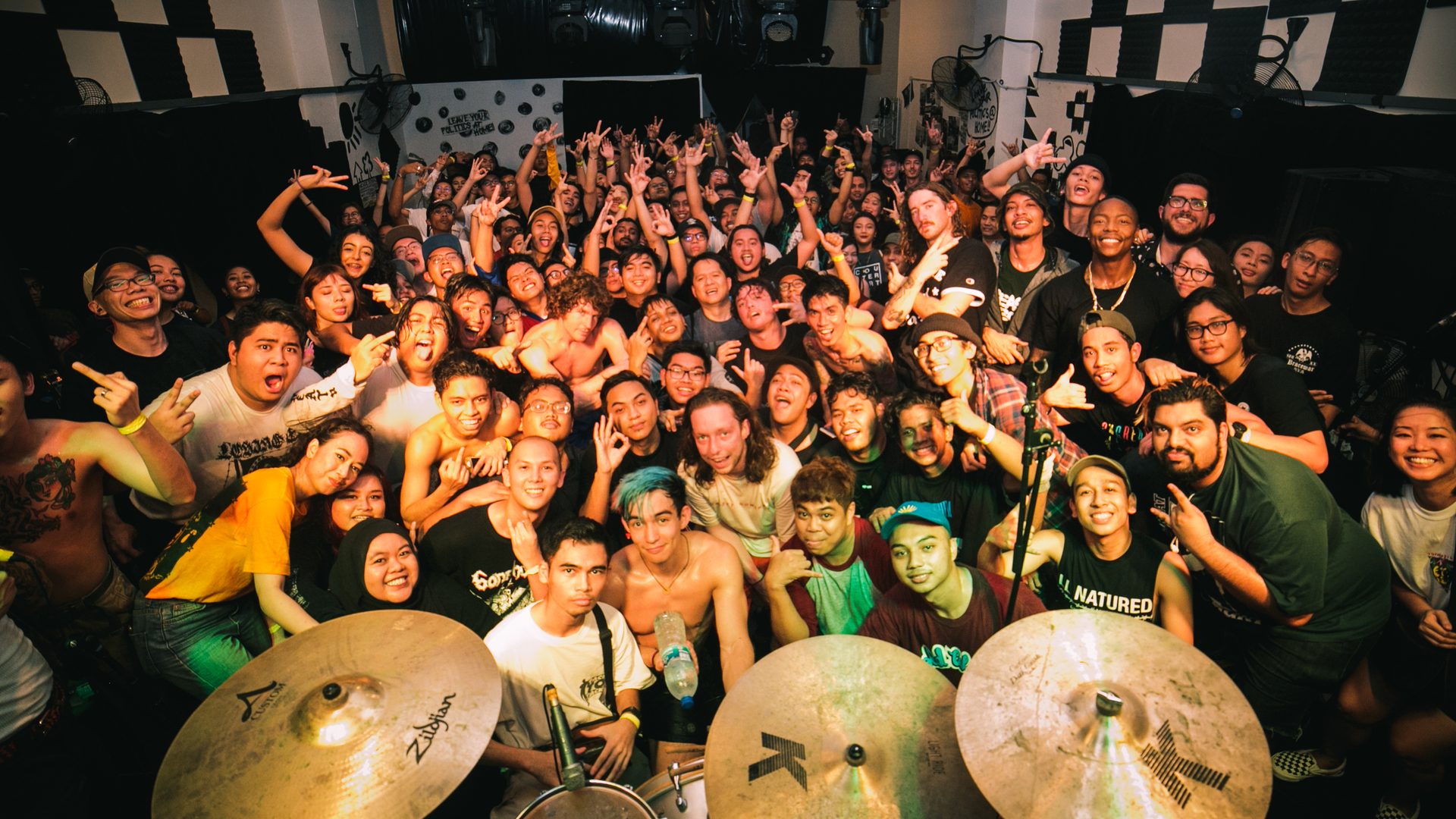 Special thanks to Disrupt.co for the invite