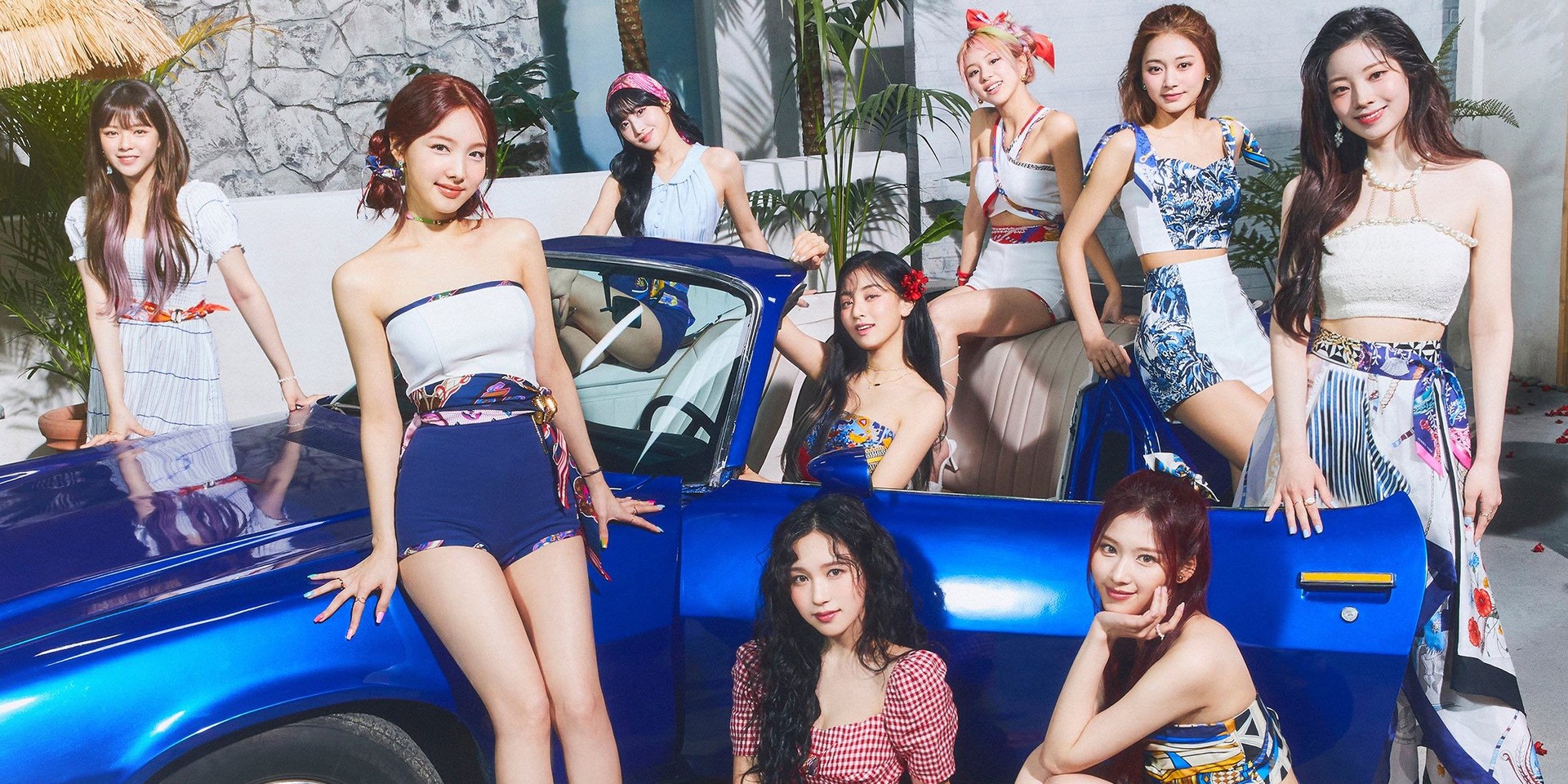 TWICE are back with their 10th mini-album!

Titled "Taste of Love", the highly-anticipated project from the South Korean girl group was released at 1 PM KST on 11 June.

The mini-album comes just a month after TWICE unveiled their Japanese single album Kura Kura and is their first Korean-language release since 'Cry For Me' in December 2020. It also features all nine members of the group, including Jeongyeon, who took a break from TWICE's activities at the end of last year.

Taste of Love comprises a total of seven songs, including the title track 'Alcohol-Free'. Written and composed by JYP Entertainment head Park Jin-young (AKA J.Y. Park "The Asiansoul"), the number is yet another memorable addition to TWICE's growing list of summer hits, which also includes 'Dance The Night Away' and 'MORE & MORE'.

Another highlight from the mini-album is 'First Time', a track written by TWICE's leader Jihyo and composed by Little Mix's Jade Thirlwall alongside Rick Parkhouse, George Tizzard, and Frances. Rounding off the tracklist are 'Scandal' (written by Dahyun), 'Conversation' (written by Sana), 'Baby Blue Love' (written by Nayeon), 'SOS' (written by Dahyun), and an English version of the group's 2020 single 'Cry For Me' (available exclusively on the physical mini-album).

TWICE have also unveiled a sun-kissed accompanying music video for 'Alcohol-Free' via JYP Entertainment's official YouTube channel. Check it out below.

More information on how you can order Taste of Love is available here.