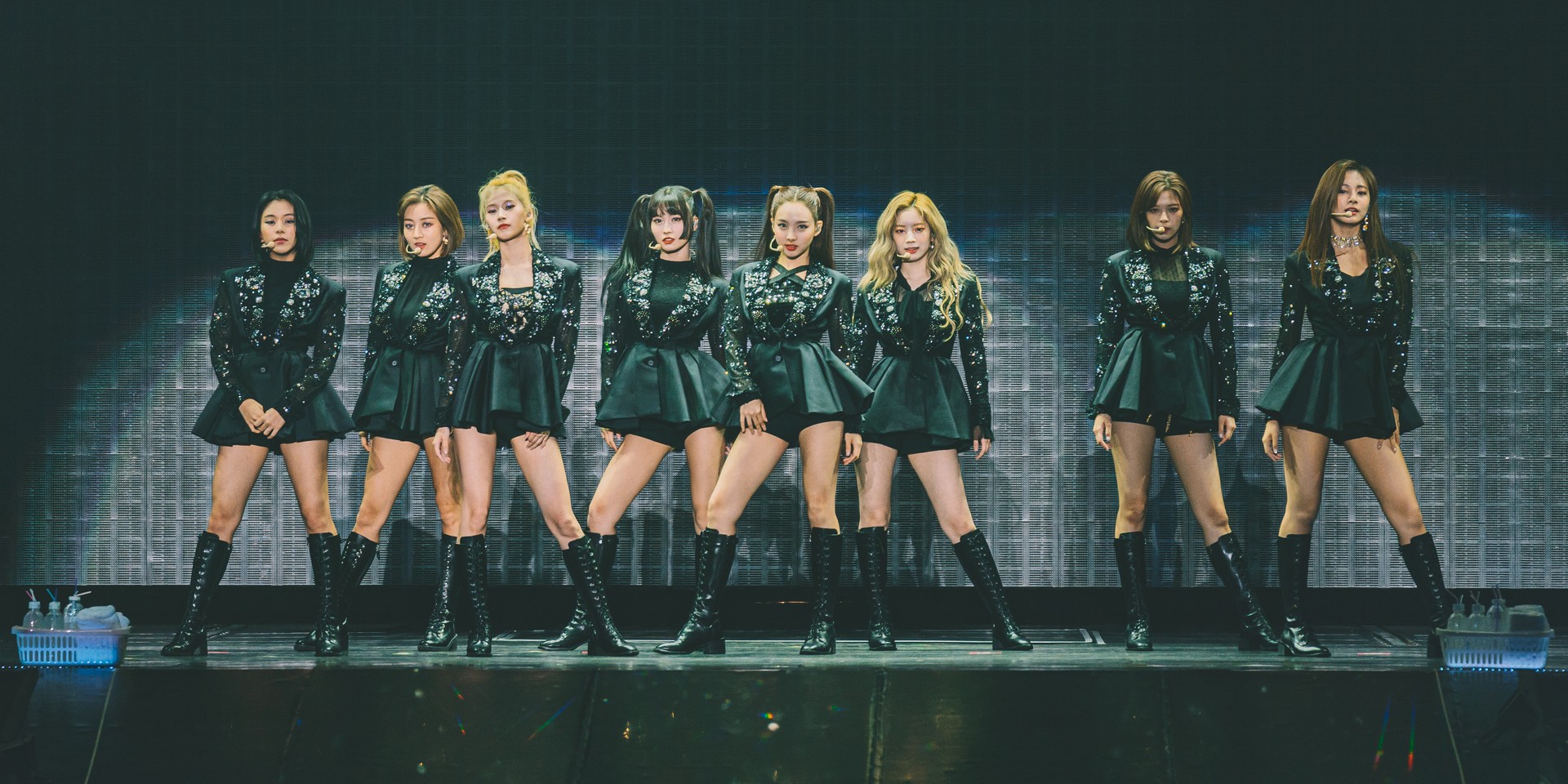 When South Korean girl group TWICE announced its Singapore stop as part of its 2019 TWICELIGHTS world tour, Singaporean ONCEs (name of fans) were on cloud nine and eager to snag tickets for the show, that eventually became sold out.

But things took a turn when member Mina was suddenly pulled out from the tour less than a week to the show, much to the worry and disappointment of fans. TWICE's label JYP Entertainment explained in a statement that Mina was struggling with “sudden extreme anxiety and insecurity toward performing on stage”.

Nonetheless, the show had to go on and TWICE still impressed as an octet at their show at the Singapore Indoor Stadium, last Saturday.

Opening with rock banger ‘Stuck in My Head’ from their latest EP Fancy You, TWICE turned up the heat with their fierce glances and killer moves in sleek, black embellished blazers and combat boots.

Transitioning to bubbly and youthful for their 2016 track ‘Cheer Up’, which snagged TWICE its first number one spot on the Gaon Music Chart, the group got the sea of ONCEs enthusiastically singing along to Sana’s viral ‘Shy Shy Shy’ lines.

Next, TWICE got fans on their feet and dancing with fist-pumping tracks ‘Touchdown’, ‘BDZ’ and ‘Yes or Yes’. I was most impressed with Chaeyoung’s ability to hit the high notes despite being a rapper, Nayeon’s professionalism when she suffered minor problems with her in-ear monitors and the ‘vitamin’ of the group Dahyun’s bright energy as she hyped the crowd. 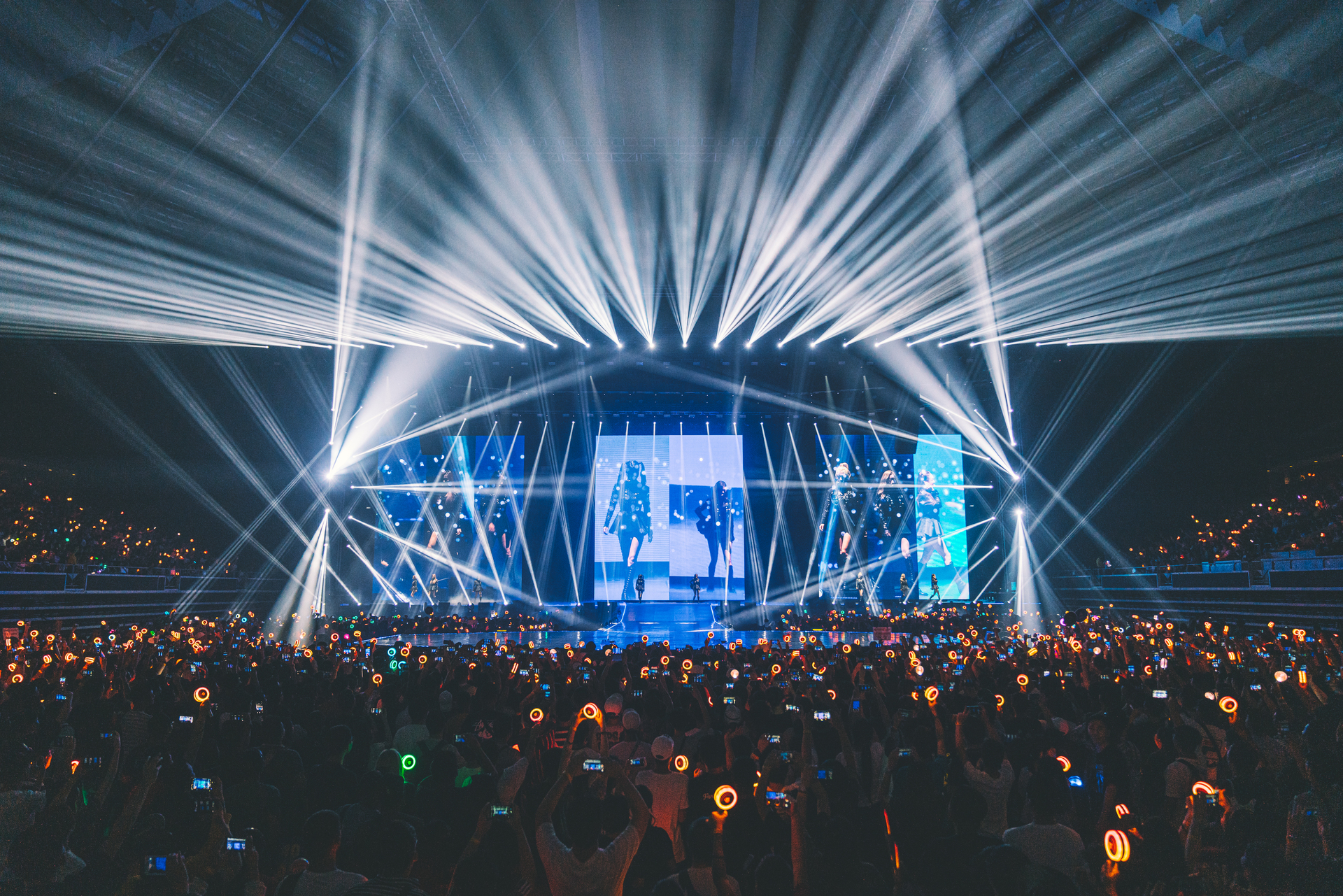 Transforming the stadium into a sea of stars, TWICE graced the centre of the stage in breathtaking angelic white dresses for the ballads ‘After Moon’ and ‘You in My Heart’. Following that, the girls showed off their slender figures in skin-tight red mini dresses for ‘Heart Shaker’ and B-side ‘Strawberry’.

Explaining the costume changes, leader Jihyo teased: “We named our concert TWICELIGHTS to showcase our colours and charms. Open your eyes big and look forward to our stages!”

Finally, the excitement hit the peak for the members’ solo stages.

Exuding sex appeal for a cover of Beyonce’s 2011 R&B track ‘Dance for You’, the of trio Dahyun, Sana and Tzuyu entranced fans with deadly, seductive body rolls and flirtatious glances. Finally, the trinity of Chaeyoung, Jeongyeon and Nayeon hit the stage for a charismatic and daring cover of Lady Gaga’s hit ‘Born This Way’.

Decked in blue, main dancer Momo and main vocalist Jihyo put their strengths together for an impactful cover of South Korean singer and member of SHINee Taemin’s emotional track ‘Goodbye’. Packed with Jihyo’s powerhouse vocals and Momo’s sharp moves, this performance proved to be one of the highlights of the night. 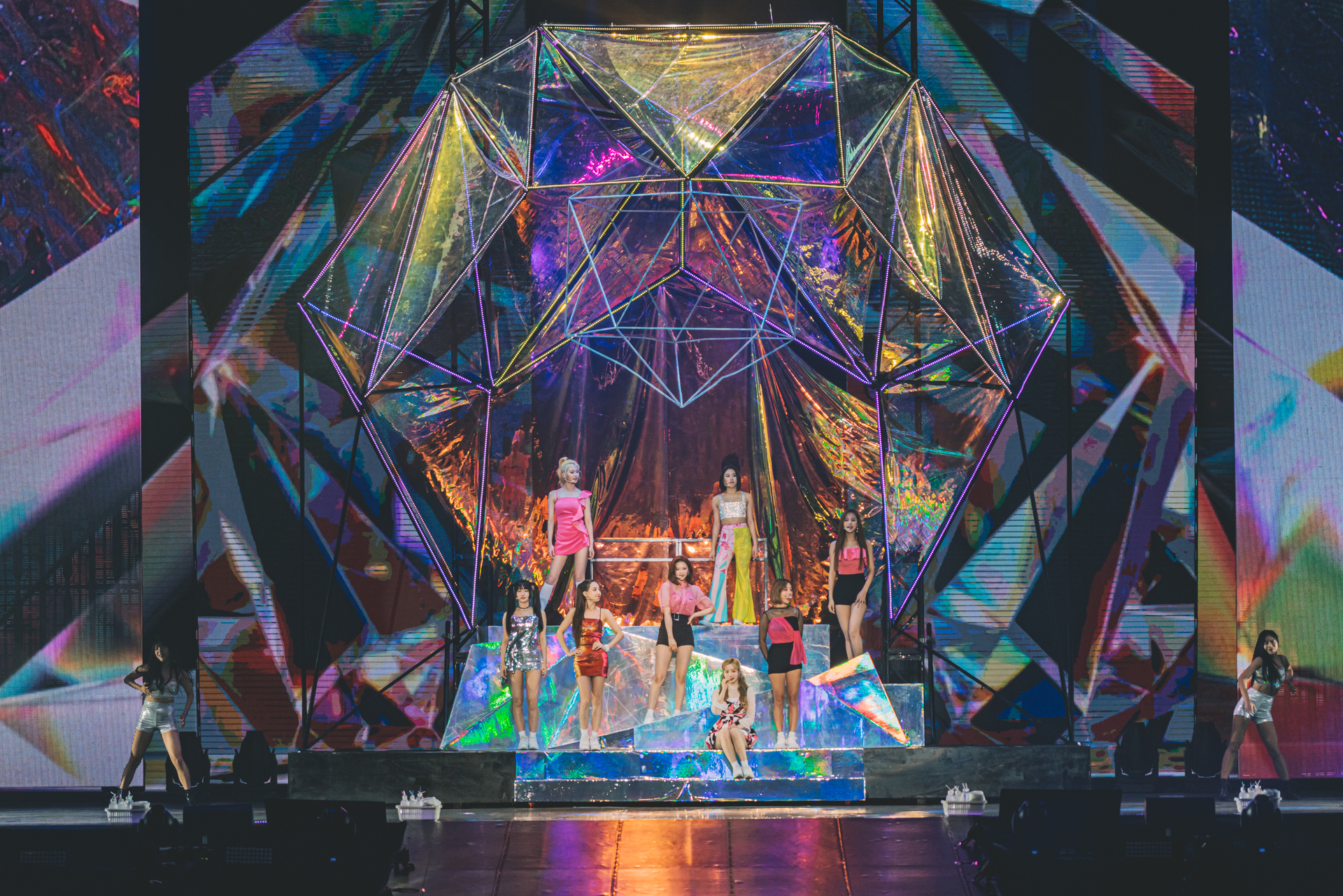 Appearing on a holographic chrome stage, TWICE then took ONCEs for a trip back to their catchy hit anthems ‘Likey’, ‘TT’ and ‘What Is Love?’ which peaked at 1,2 and 3 on the Billboard world charts respectively.

But the most anticipated track of the night had to be their newest electro-pop release ‘Fancy’, a 180 turn from their bubblegum sound in ‘Cheer Up’, ‘Likey’ and ‘TT’ all composed by Black Eyed Pilseung's Rado.

Trading their youthful schoolgirl image for a more mature and sophisticated look in ‘Fancy’, TWICE saw positive reviews for its sleek choreography, solid vocals and fierce rap parts. This was much to the relief of Jihyo who voiced her concerns that their fans might grow tired of their current cutesy image and sound in a guest appearance on JYP Entertainment’s survival show Super Intern earlier this year. 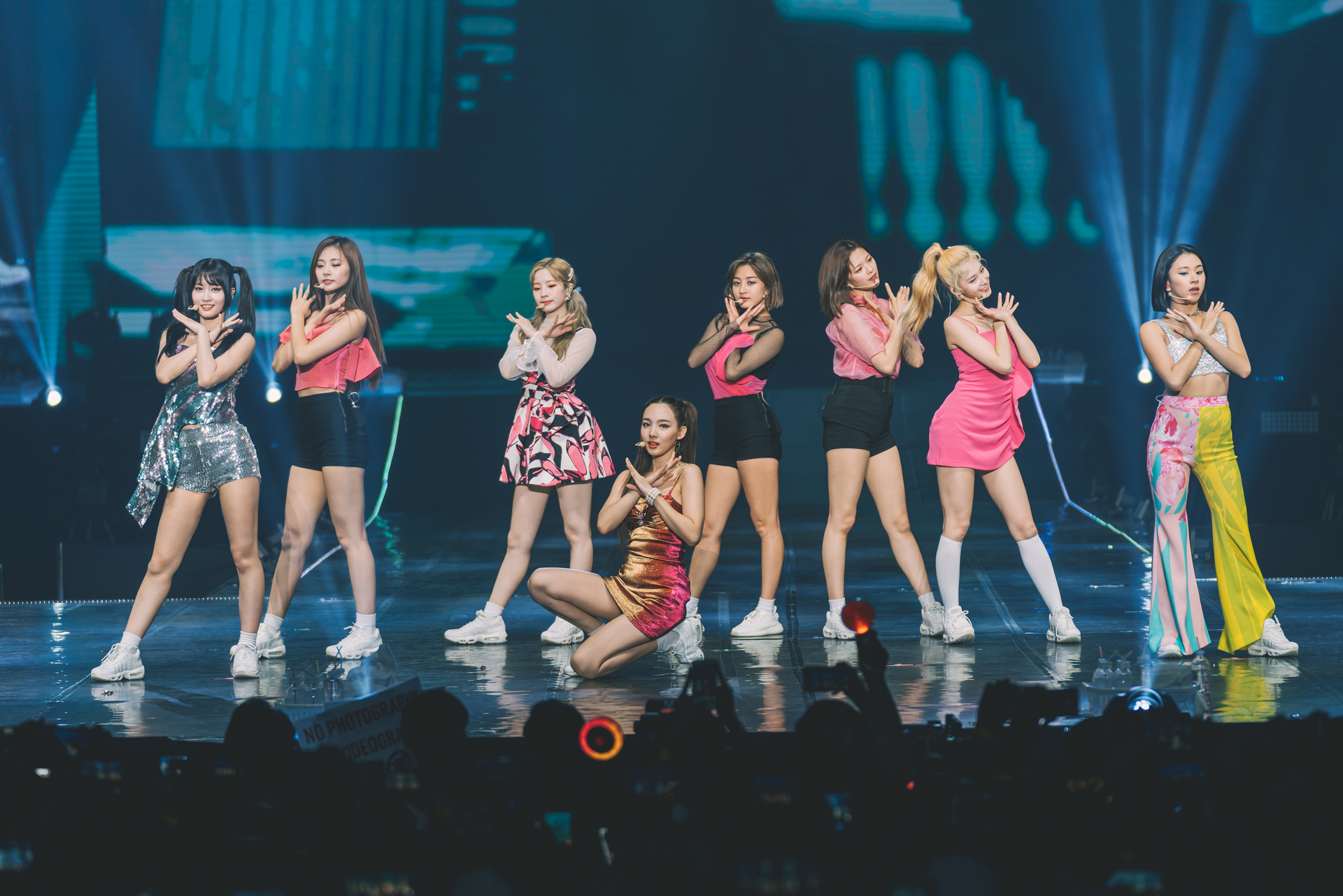 Wrapping it up with ‘Signal’, ‘Knock Knock’ and ‘Stuck’, the tear-gates of both TWICE and ONCE were opened when a touching video depicting the group’s highs and lows was played. At the end of the video, Singaporean ONCEs held up a banner that said “ 우리의 LIGHTS 가되어줘서 고마워” which translates to “Thank you for being our LIGHTS”.

Finally addressing the elephant in the room, member Chaeyoung said: “Today proved to us how important it is to have all nine members together. As much as ONCEs miss Mina, all of TWICE miss her deeply too. I’m sorry if we sound irresponsible but please wait for us to come back as one”.

With her voice quaking and tears streaming down her face, Nayeon added: “I will never forget this night forever and I promise I will come back again.  Of course, TWICE will always remain as nine”.

Thanking ONCEs for their overwhelming love, member Sana, choked with emotion, said: “As I performed on stage, one thing hit me. And that thought is how valuable the people staying by my side are. The reason why I’m still in TWICE and will continue to be, are ONCEs. As our journey continues, remember we will always be on your side”. 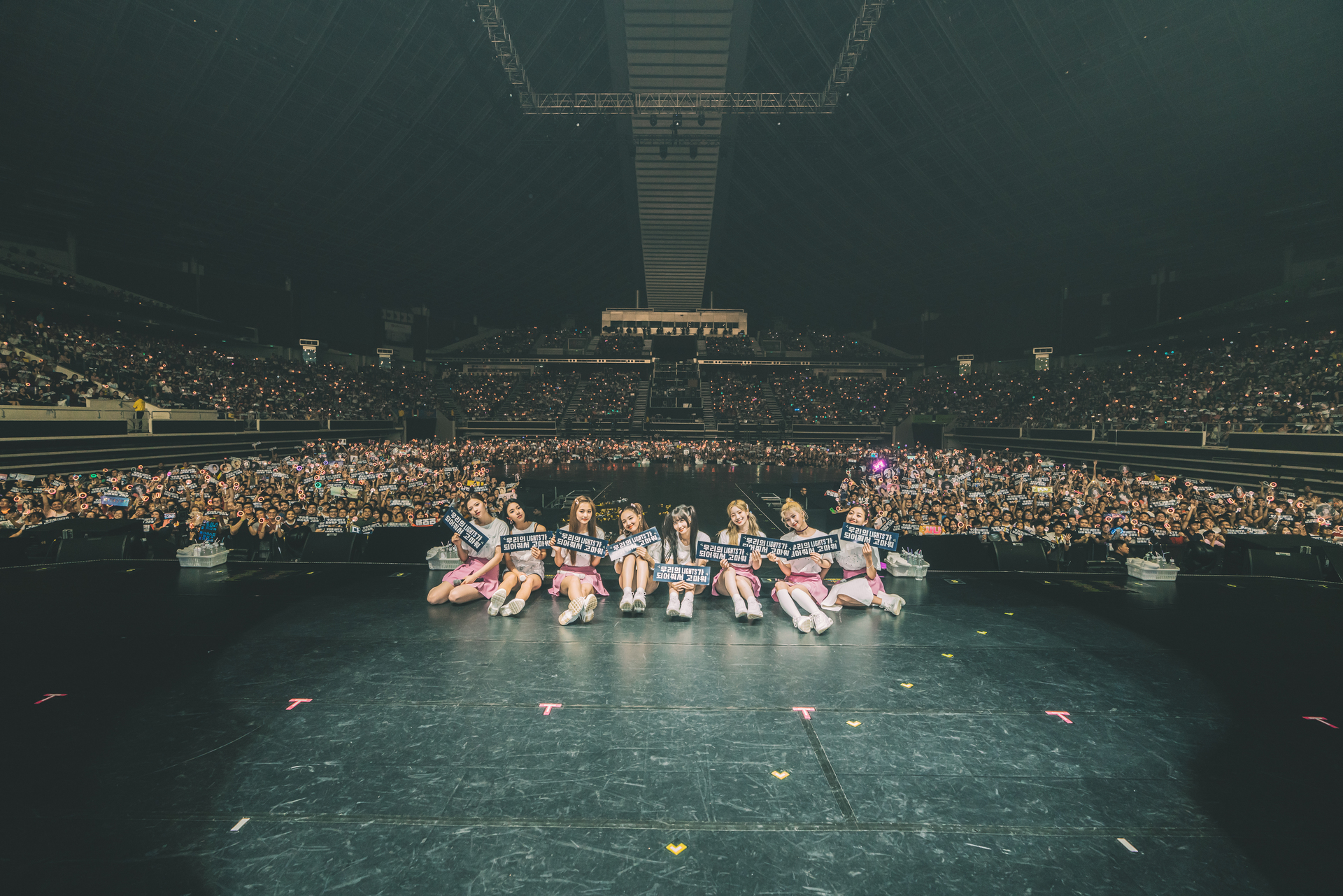 An emotional night where the deep bond between TWICE and their fans was strengthened, this was an unforgettable concert for Singaporean ONCEs. We look forward to Mina’s speedy recovery as well as a future concert with TWICE as nine.

Special thanks to Live Nation for the invite.

7. Dance the Night Away

14. Dance for you (Dahyun, Sana and Tzuyu solo) (Beyonce cover)