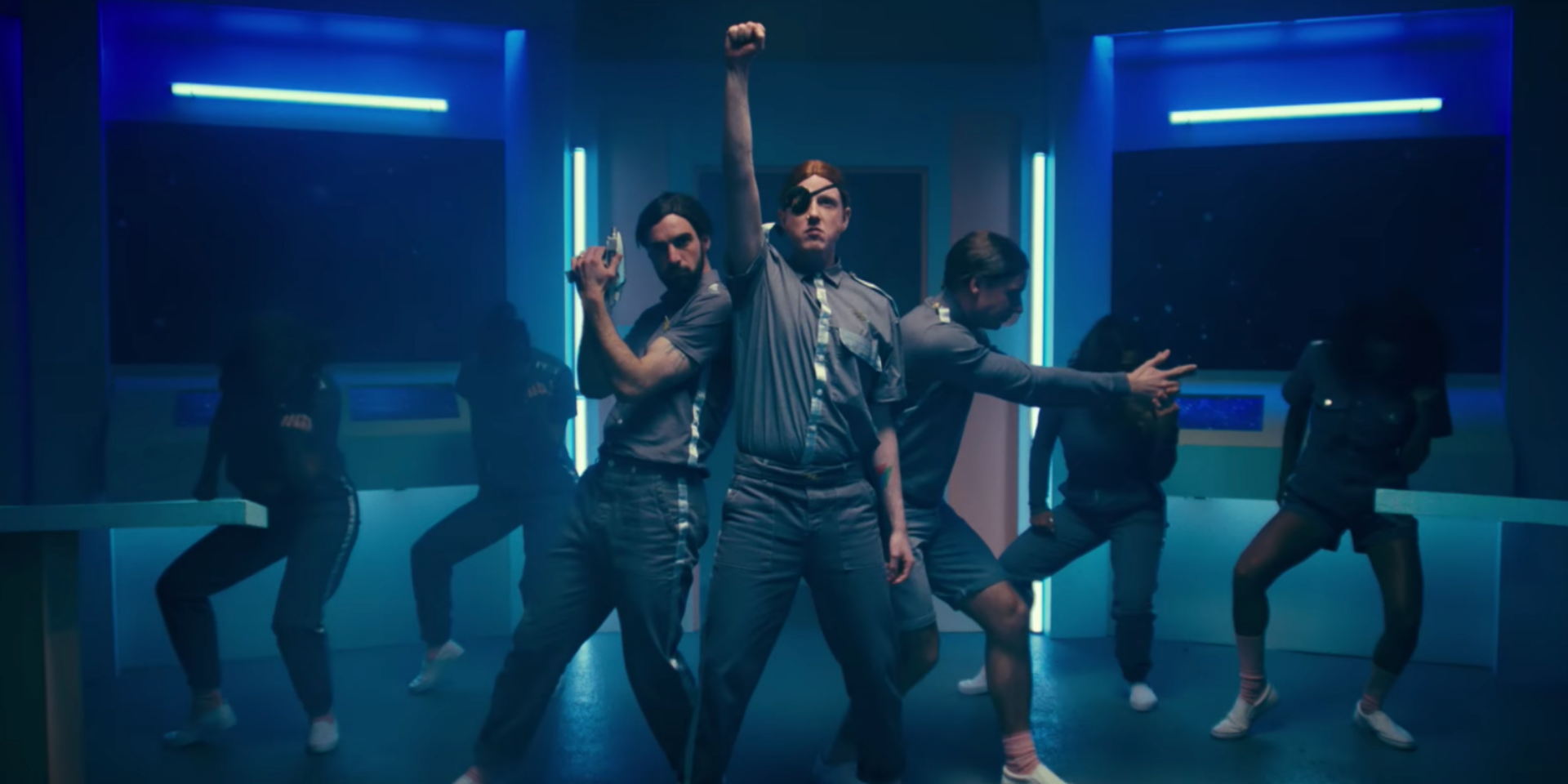 Directed by British director Eoin Glaister, who has worked with Beirut, Glass Animals, and Catfish and the Bottlemen, among others, the video features the band in a retro-inspired space setting with frontman Alex Trimble as the captain. The crew encounters the protagonist who is trying to shoot them down. Fantasy victory sequences dreamed up by Trimble are then shown throughout the ordeal, with each ending in a quirky, easy-to-follow dance sequence performed by the band.

According to Rolling Stone, the band commented on working on the video: "We had a wonderful script to work with and the luck of working with Eoin Glaister on this video. It was great fun shooting aliens and licking their heads."

The band has previously released the lead single, 'Talk', off its forthcoming album, False Alarm, slated to be out on 14 June.