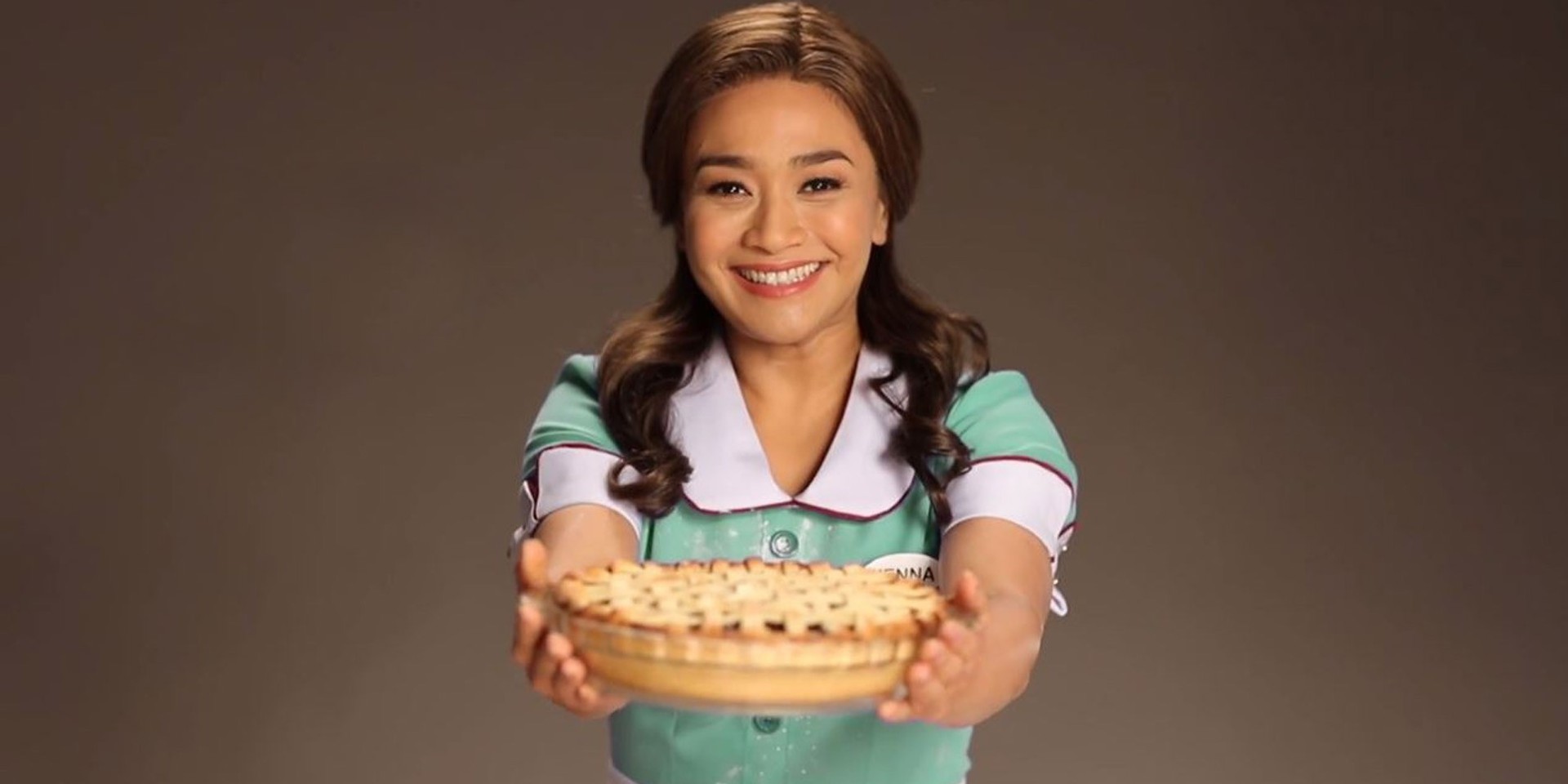 Waitress the Musical is making its international premiere in Manila this November.

Featuring the music of 6-time Grammy nominee Sara Bareilles, the Broadway musical hit is slated to take place at the Carlos P. Romulo Auditorium in RCBC Plaza, Makati City from November 9 to December 2.

Waitress tells the story of waitress and pie maker, Jenna (portrayed by Joanna Ampil), who is trapped in a loveless marriage and is looking for a way to leave her small town. She joins a baking contest in a nearby county and meets the town's new doctor, giving her a chance at a fresh start with her friends Dawn (played by Maronne Cruz) and Becky (portrayed by Bituin Escalante).

Waitress the Musical was the first Broadway show to feature an all-female creative team. It is slated to make its West End debut in London in 2019 and in Australia in 2020.

Based on the film by Adrienne Shelly, the local adaptation of the musical is directed by Bobby Garcia with choreography by Cecile Martinez, set design by Tony Award winner David Gallo, lighting design by Aaron Porter, musical direction by Farley Asuncion, costume design by Raven Ong, sound design by Josh Millican, hair and makeup design by Johann dela Fuente, an vocal coaching by Manman Angsico. 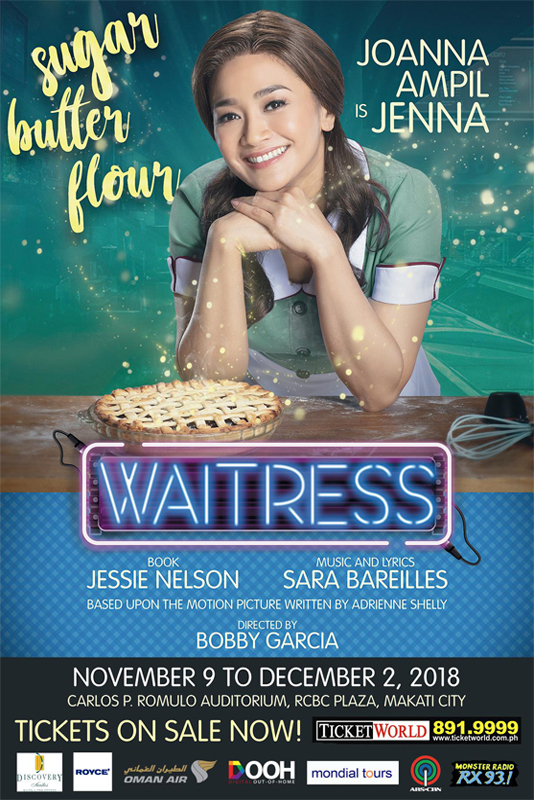 Watch Sara Bareilles and Jason Mraz perform 'It Only Takes A Taste' from Waitress below.

Waitress the Musical is brought to you by Atlantis Theatrical Entertainment Group.