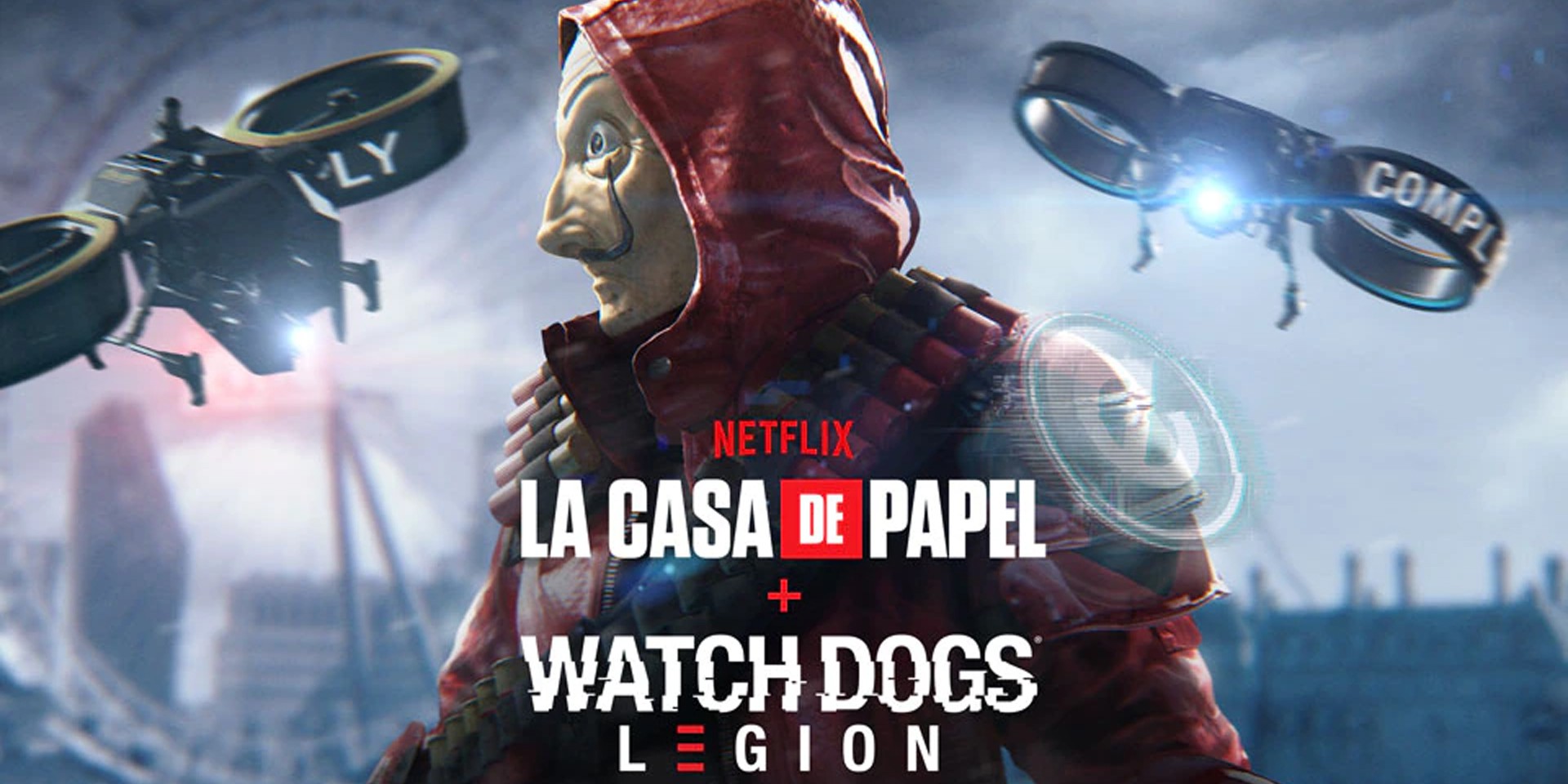 Money Heist has seized the world of Watch Dogs: Legion.

Money Heist takes over, as part of an exclusive co-op mission. Suit-up and embark on a crypto-heist for the Resistance! Complete this challenge with friends and unlock an exclusive skin for your recruits.#WatchDogsLegion

The campaign, called Paperless, gives players the chance to team up with three friends and dress to the nines with the show's signature Salvador Dalì masks and red jumpsuits as they pull off a wild crypto heist at the Bank of England. Just like in the series, you and your friends are out there to break into a bank, but this time the mission is to beat the bad guys who've stored millions of counterfeit ETO on the network by disabling the firewall, download their crypto, and escape across the Thames.

Exclusive Money Heist skins for recruits will be unlocked upon completion. Watch Dogs: Legion will be available to play for free globally this September 4-6 on PlayStation and PC. Players will have access to the single-player campaign and online mode. The game is available for pre-load today (09/02).

Money Heist returns to Netflix for its fifth season this September 3 (Friday).

Check out the trailer for the Watch Dogs: Legion x Money Heist crossover below.

Check out the trailer for of Money Heist: Part 5 Vol. 1 below.