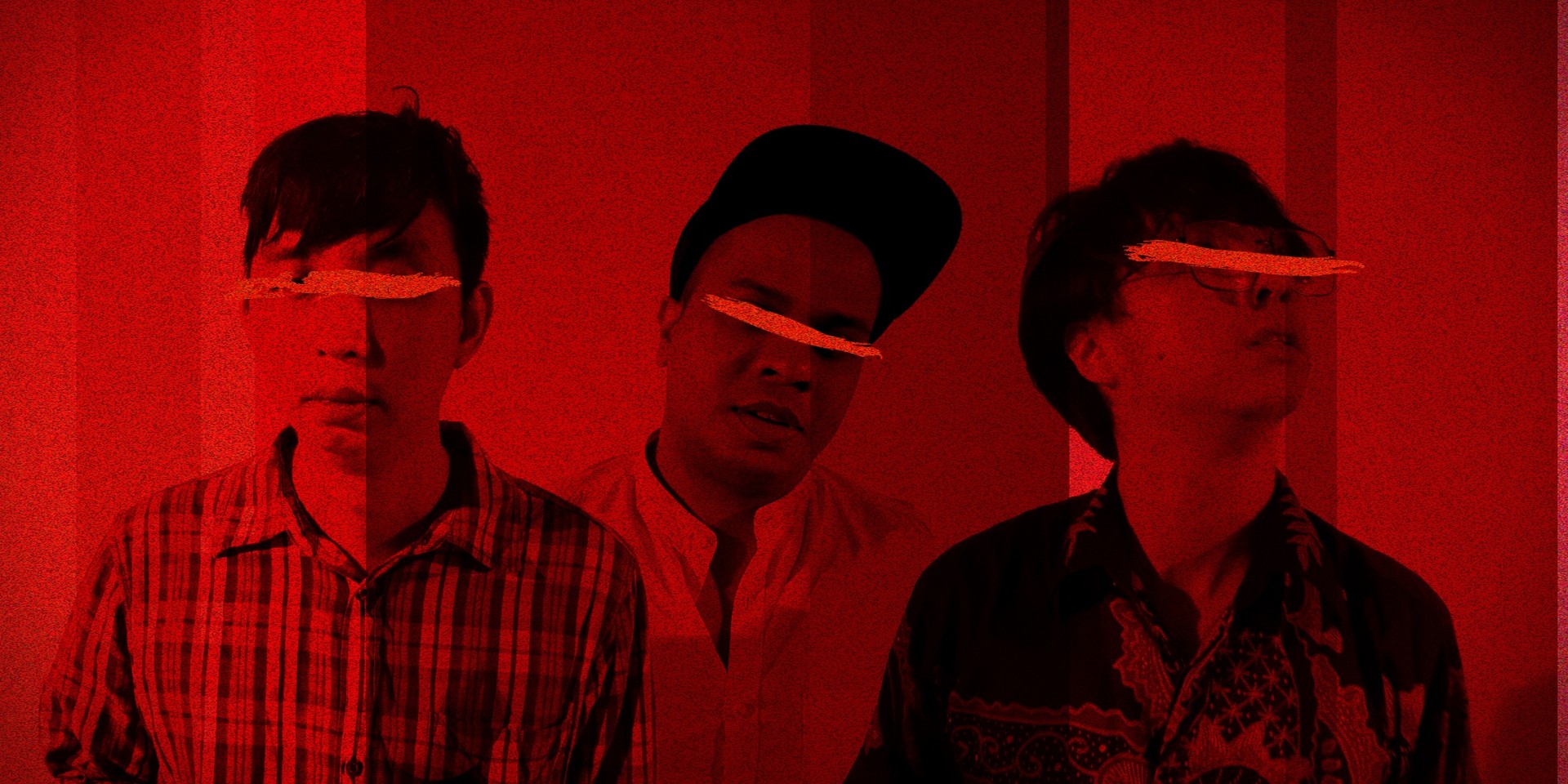 The Singaporean garage rock trio of frontman-guitarist Prahlad, bassist Terence and drummer William have alchemised that trinity into a life-elevating, window-blasting sonic signature. Their jagged, light-speed transmissions, underpinned by an utter disregard for the falsity of propriety and enforced decorum, is what allowed them to clinch the top spot at the recent Vans Musicians Wanted competition.

Before they open for The Beths at the latter's first-ever Singapore show, we speak to Prahlad, Terence and William about what it means to be in a band that takes its right to party as a mandate from the heavens.

How does it feel to have won Vans Musicians Wanted Singapore?

William: It's very unexpected. We found out about this competition when our friend introduced it to us via Instagram. When we saw the post, the deadline was the next day.

Prahlad: At that time, I was overseas. This guy sent a message in our group chat and said, “Fuck, we should go for it."

William: We were setting up all the stuff that we didn’t have before, like YouTube. We also needed a graphic to go along with the submission. I asked my girlfriend to help whip up some quick graphics to accompany our YouTube. It was very rushed, like a few hours kind of rushed, and we submitted it.

And how did you feel when they announced Bad Dod as the winner at the end of it?

Terence: I went in with zero expectations. Zero. From the time they said, “Let’s enter this,” I thought we're not going to get anywhere with this.

Prahlad: We started off just jamming together, having fun. Weekends: Meet, jam, drink.

William: It's sort of like weekly therapy for us. Go there, jam, feel like "ooh", rockstar a little bit. Then, go back home and be our stupid selves. We've been jamming for like three years for fuck's sake, we're just jamming for the sake of jamming.

Now that you've won this thing, people know who you are. Is there a pressure to be "more serious"?

Prahlad: Not really. I really just want to have fun. And I just want to play for people and convey the fun-ness.

William: That's always the first thing every band should strive towards – just have fun first and whatever comes after that is a bonus. I mean, we are in Singapore. So I would just say have fun while it lasts. It doesn't matter how big or great we are.

William: That makes it difficult to push Singapore bands out of Singapore.

So the way around it is just to have fun?

William: Really really. The first and most important thing is to have fun. If you're not having fun, there's no point. If you're serious, you wouldn't want to make music. You'll probably go home and look at stocks, and make sure your shit is happening. But we're not like that.

Live bands are a bit of a dying trend. Kudos to whatever bands that are still active right now and that are still having fun and playing. To be honest, the gigs right now are fewer than six or seven years ago. In the past, there were always small little venues. It was more fun and more happening. It's more difficult now to get gigs.

Prahlad: But I'm very happy about technology like Spotify and Instagram. You can get your music out there and I think that's a fucking awesome thing that we're experiencing right now. Ten years ago, it was MySpace and that's it.

William: I think technology makes the world a bit smaller and more connected, which provides easier access. It's more fun and accessible this way.

You guys are a rock band. Knowing that the trends favour hip-hop and dance music, what keeps you playing rock-and-roll?

Prahlad: We love the rawness of rock: Nothing is polished, nothing is calculated.

Terence: It's what we grew up with.

[Prahlad asks this question] In one word, what does rock mean to you?

Terence: It's attitude, dude. It doesn't matter what the fuck you play, but your attitude matters. We just want to drink and listen to music. We want to listen to that fast-paced kind of shit. You need to have the attitude.

You've got three singles out. How do your songs come about? What's your process? How do the songs start?

William: Basically when we're in the room, it's just the guitarist and bassist making the melody, doing the hard work. And I'm just the filler mah. So while I'm doing the beat filling-

Prahlad: He's downplaying his role. Basically it starts off with the guitar riff or a bass riff. And then we just fucking jam it up. That's it. And then a song is born. No one person is-

More important than the other.

Prahlad: And before that we'll drink first lah.

Are there plans for an EP or an album?

William: We'll try to fuck around less in the studio, drink more, and see how that's going to work out for us. We're the kind of guys without plans.  So yeah, there's no plan. We will just try our best to have fun and record our stuff.

You mentioned drinking a lot. How important is drinking to the music of Bad Dod?

Prahlad: I think it's number one for me. I don't know if this will be PG-13, but for us, it's like, we met each other through the love of having fun through drinking, etc.

William: And that kind of carried over to our band.

Terence: I play better when I'm drunk. The drunker I get, the better I play.

William: I'm different from both of them. I cannot be too drunk, because I need to be flexible and keep up with the beats. But during the writing process, I want to get as fucked up as possible because I'm most honest when I'm drunk and I just want to have fun.

Prahlad: That's when the magic comes out. 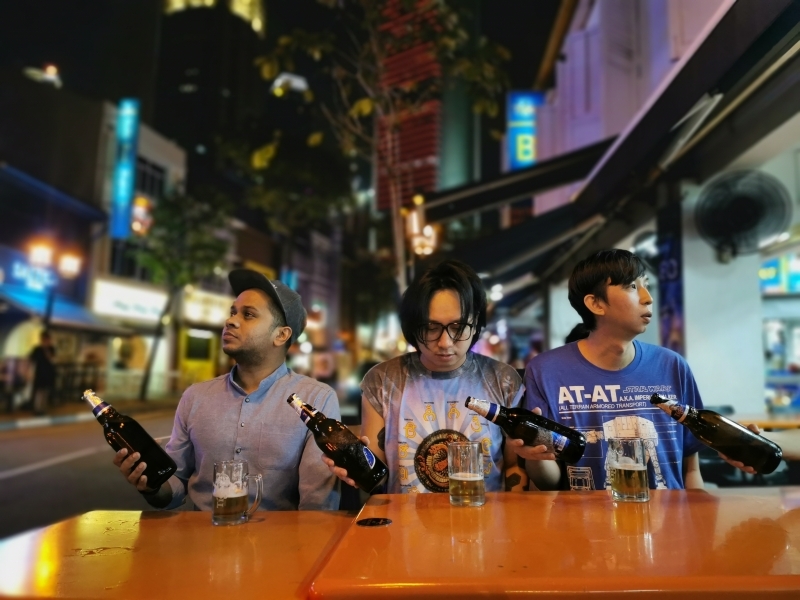 How do you feel about being an indie-rock band in Singapore now?

Prahlad: When you say a place is stressful, it's on you. You make it stressful for yourself. It's about the mindset, to be honest. It's stressful everywhere.

Prahlad: Yeah, it's not a Singapore thing. But I'm so thankful to be a part of the underground scene; Naybeats and things like that. I respect their vision so much. No one is doing it. Especially for rock music. This brings us back to the whole idea of why we started jamming. It's to fucking have fun man.

William: Also, as a therapy before any one of us kills ourselves. Just kidding. We're not suicidal.

Terence: I don't have much else to add. Just have fun. Get drunk, have fun. It's a hobby for me.

Catch BAD DOD and The Beths live in Singapore at Decline on Wednesday, 16 October, from 7.30pm onwards. Early bird tickets are priced at $40 and standard tickets at $50. Click here to purchase. 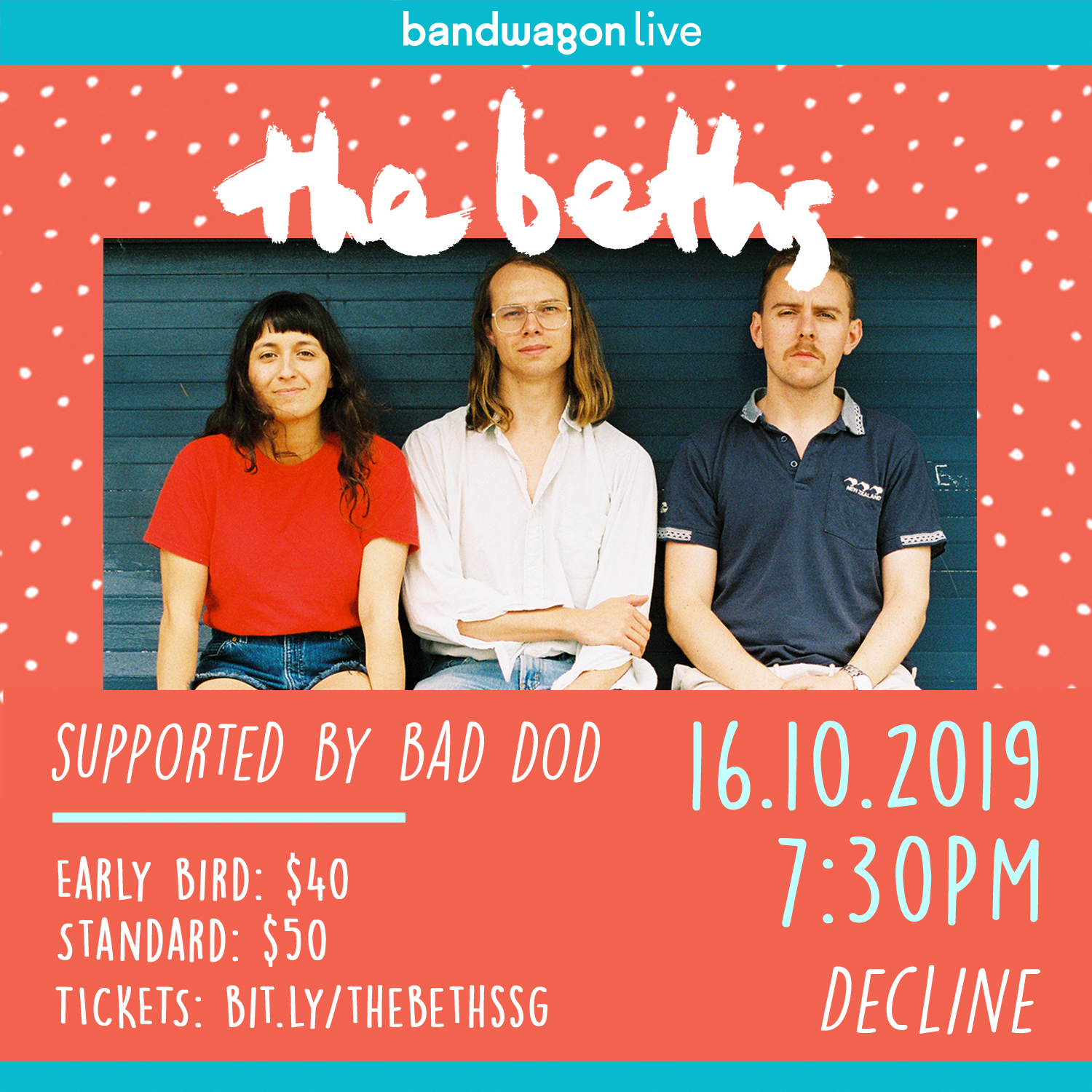