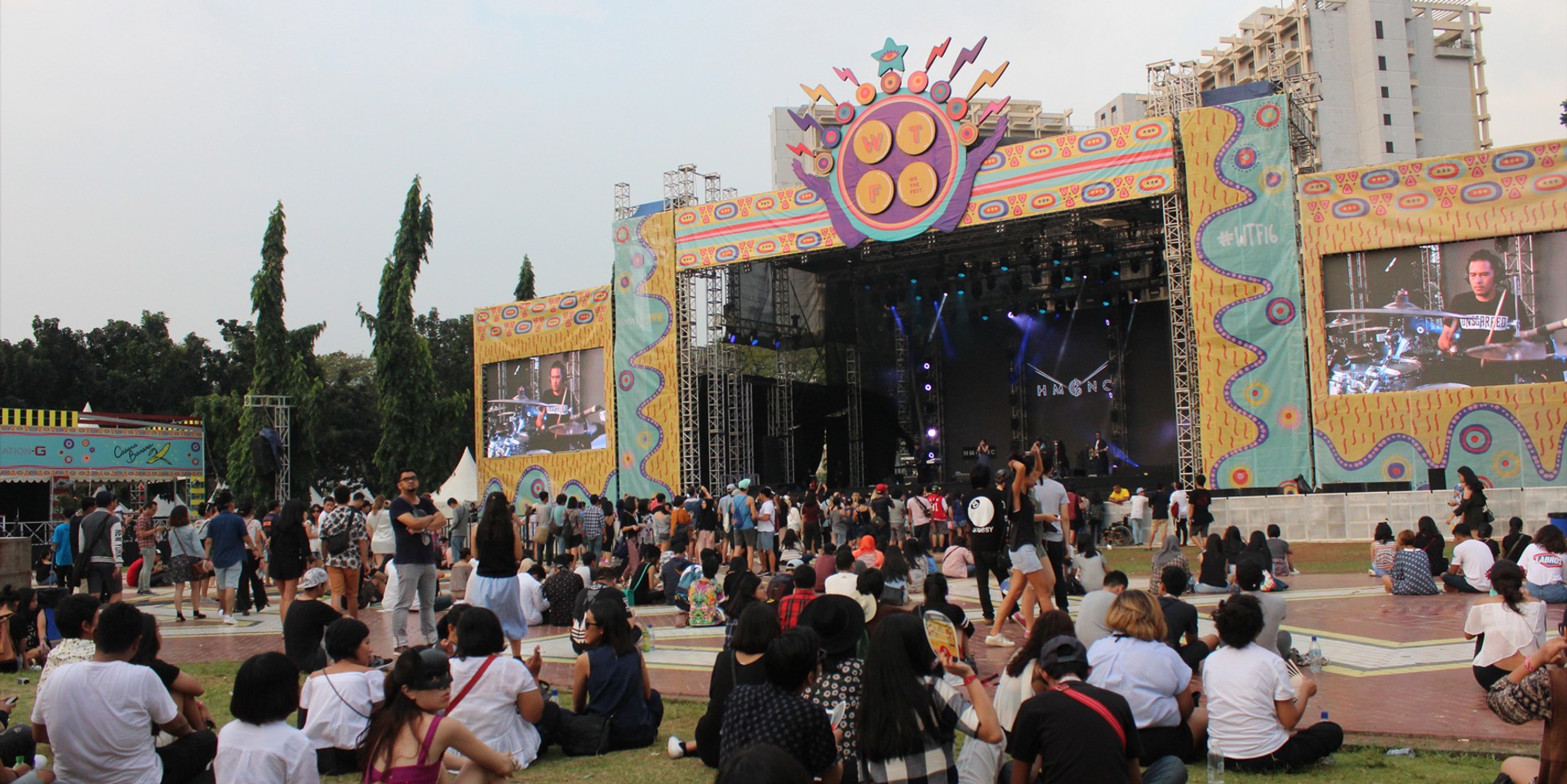 We The Fest, Jakarta's annual summer festival of music, arts, fashion & food haven, will return this 2017. Although they still haven't revealed their full line-up, they've just posted a few hints of international acts for their phase 1 line-up through their Facebook page.

With their storied history of acts featuring Ellie Goulding, Macklemore & Ryan Lewis, The 1975, Mark Ronson, and Madeon, it's not out of the question to think that this might be We The Fest's biggest line-up yet — judging by the clues, of course.

As much as we'd just like to see the line-up immediately, games like these are always fun, and we had a similarly quizzical time trying to solve Neon Lights' 2016 line-up.

But anyway, here's We The Fest's infographic for their line-up, and below are our guesses. 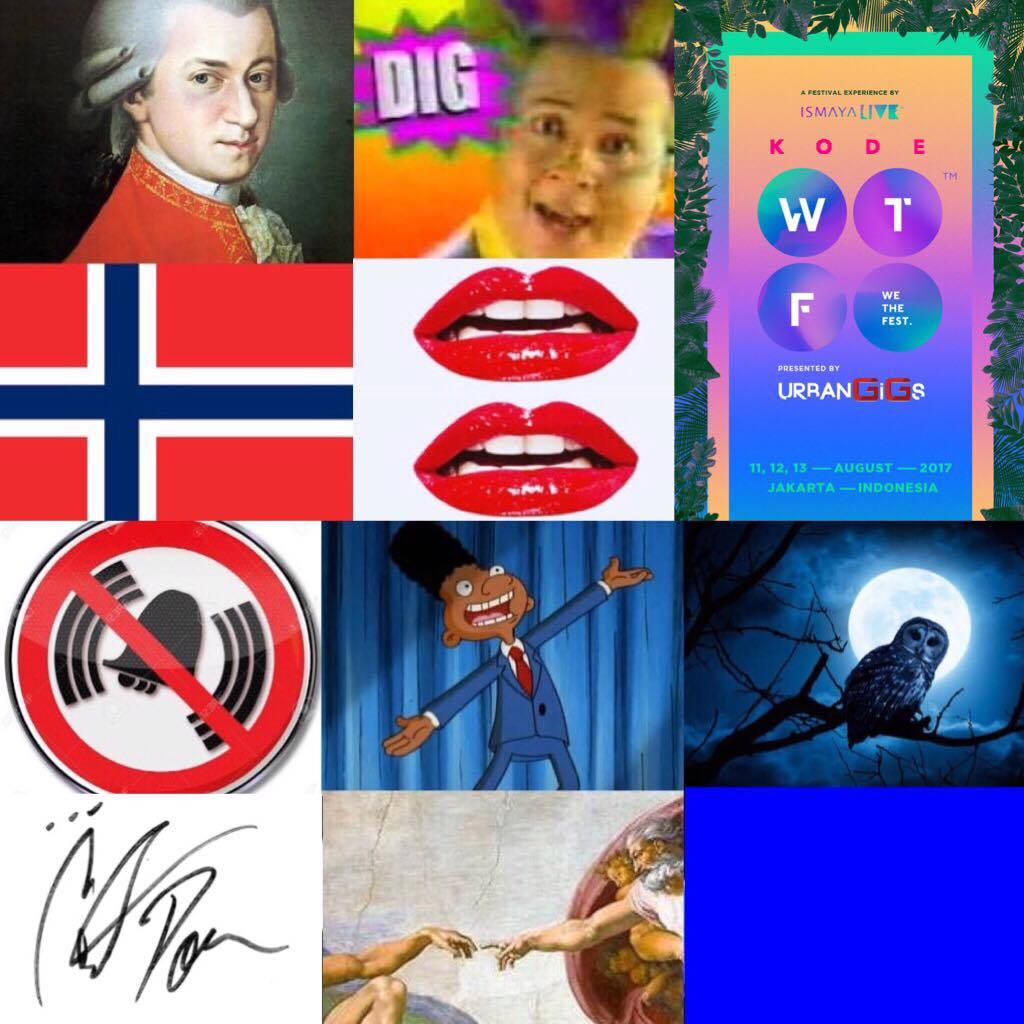 Let's start from the top left and work our way down:

Who/what is that? Wolfgang Amadeus Mozart, one of the greatest music composers in history.

Who are they hinting at? Phoenix. Unless there's an up-and-coming indie band named Mozart we don't know about, this is very likely a wink at the band's breakout 2009 album Wolfgang Amadeus Phoenix.

Who/what is that? A guy next to an illustrated visual, with "DIG" in bold letters — likely a snapshot from a TV commercial.

Who are they hinting at? Daya, burgeoning US singer-songwriter. Why? Take a look at this short commercial clip.

Who/what is that? The Norwegian flag.

Who are they hinting at? Very likely a breakout act from the Scandinavian country — it could be from the established crowd like Kings Of Convenience and Royksopp or younger talent like Kygo and Highasakite, but our bet's on Aurora, who stunned the Laneway crowd last month in the middle of a rainy afternoon.

Who/what is that? An illustration of two human lips.

Who are they hinting at? Dua Lipa. We'll let you figure out that one.

Who/what is that? Signage barring noise, illustrating an alarm bell.

Who are they hinting at? Most likely The Weeknd, whose single 'False Alarm' was instrumental in establishing Starboy as his most successful album yet. But it could also be Bloc Party, who recently wrapped up a tour in the UK, and whose 2005 album Silent Alarm remains a post-2000s indie essential.

Who/what is that? Gerald from classic Nickelodeon cartoon Hey Arnold!

Who are they hinting at? It could very well be G-Eazy, whose birth name is Gerald. Judging from We The Fest's friendliness with hip-hop — having had Macklemore & Ryan Lewis and Rich Chigga on their previous line-up — we think he could be 2017's big rap act for the festival.

Who/what is that? An owl basking in the moonlight.

Who are they hinting at? Owl City? While that may be the first guess with most people, it doesn't look like he's touring this year — unless he's planning a new tour announcement soon. But other than the 'Fireflies' hitmaker, we're stumped.

Who/what is that? A signature.

Who are they hinting at? Cat Power. A true fan would recognize that autograph from a mile away.

Who/what is that? The legendary ceiling of the Sistine Chapel, painted by Michaelangelo.

Who are they hinting at? Probably CHVRCHES, who are currently busy in the studio recording their third album. August is still six months away from now, so we might see them perform new songs at the festival.