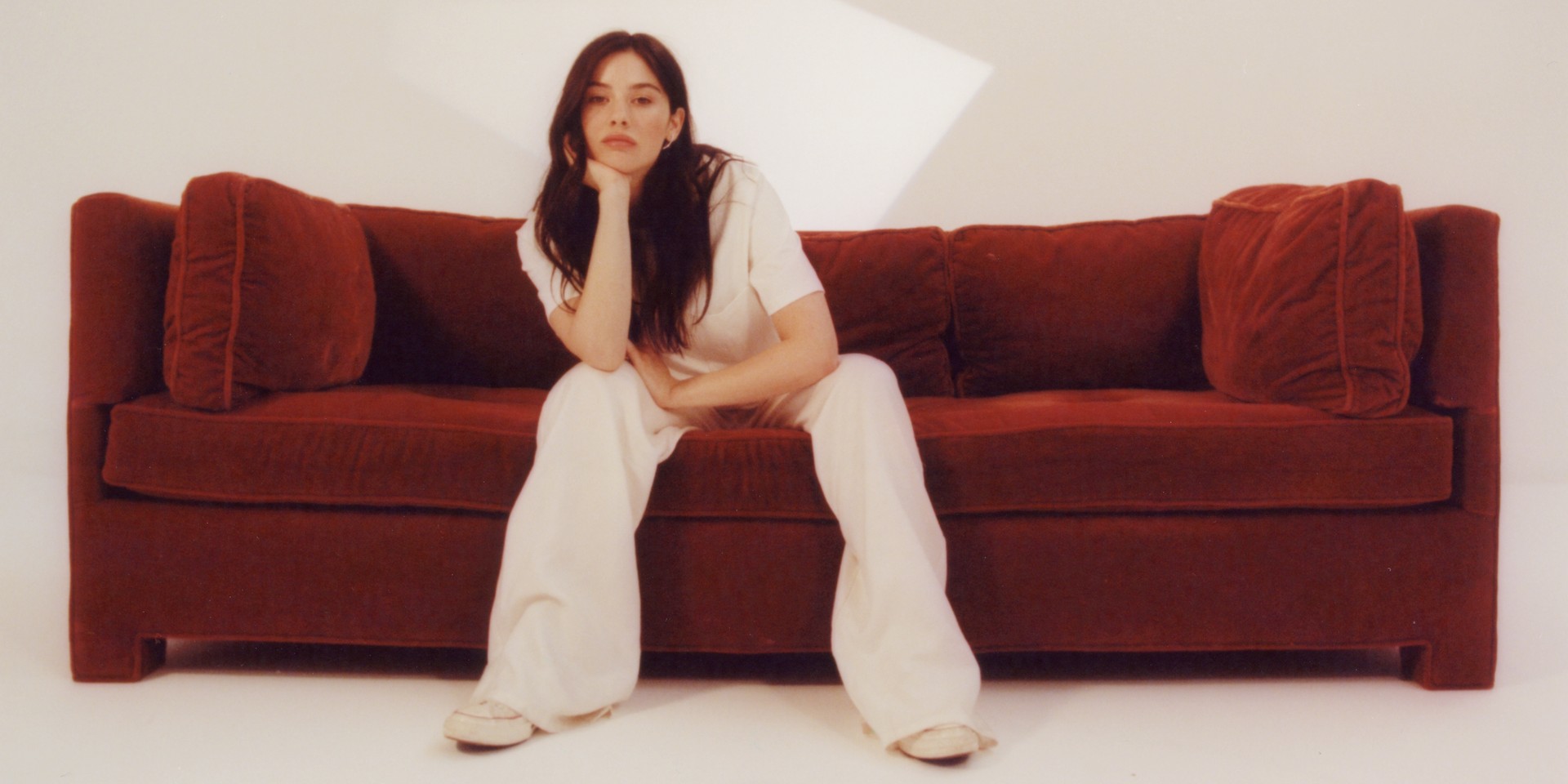 Gracie Abrams was robbed of her live shows by the coronavirus, but for a fast-emerging artist who hasn’t heard the roar of the crowd, she sure knows how to capture her audience in the most genuine ways possible.

A social media native, Gracie is a frequent user of Instagram and has adopted a comfortable routine of documenting and sharing her life with her fans on the internet. In fact, one can find a treasure trove of songs and covers there – including timely updates of her debut EP minor, leading up to its release last July. 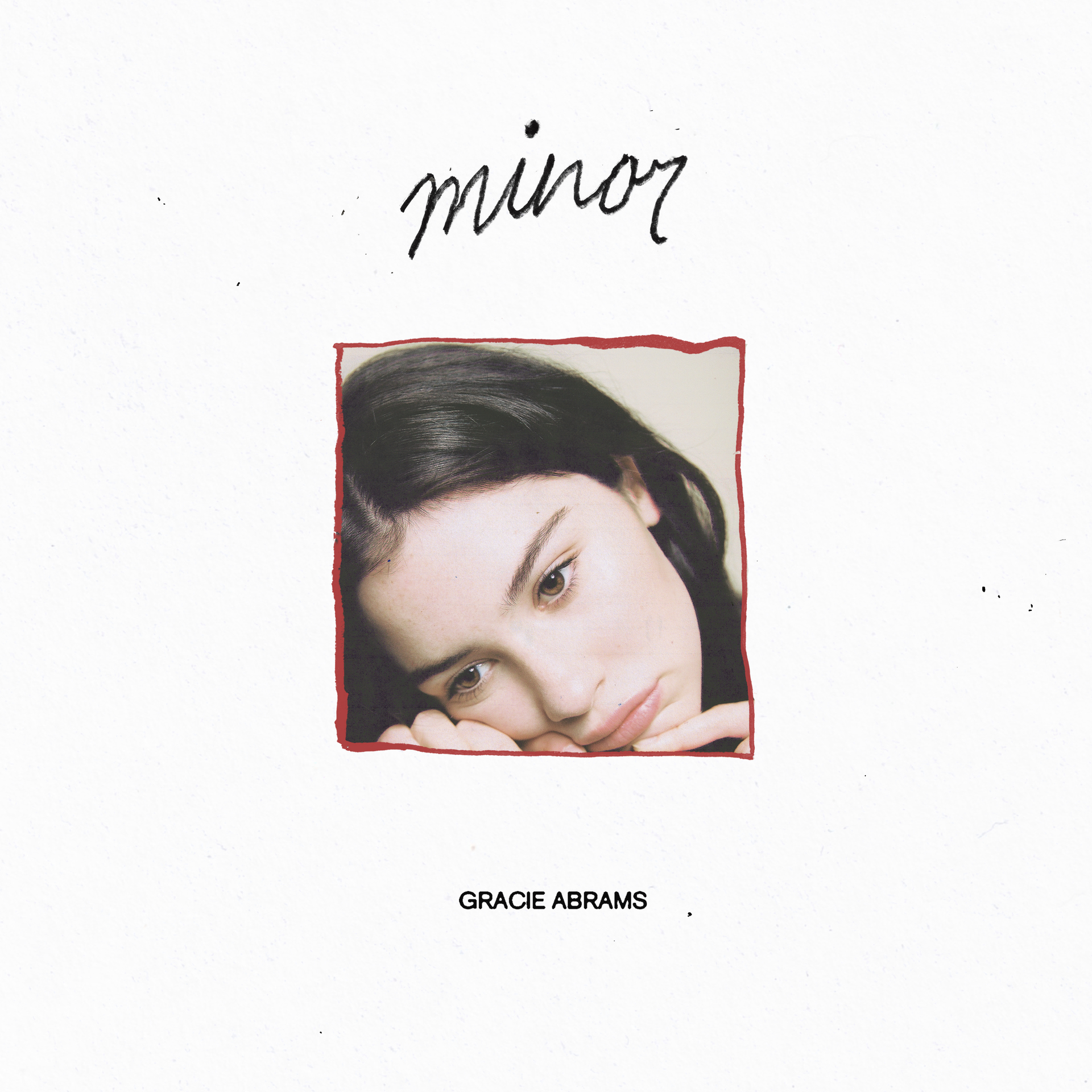 With well-known hits like ‘I miss you, I’m sorry’, ‘21’, and ‘Stay’ under her belt, the singer-songwriter has proven to be a master at narratives that hit a tad too close to home, especially for those who are familiar with heartache. At the young age of 21, Gracie has experienced much and, in the midst of all the world’s chaos, has been getting busy with other activities like spending time with family and using her platform to encourage voting, main hustle aside.

Bandwagon caught up with Gracie Abrams on how she’s been hunkering down, as she shares her thoughts on turning 21, songwriting, and more.

How have you been spending time at home over quarantine?

Yeah, I’ve been spending a lot of time with my family, and I’m here with all of them in LA and I feel really lucky to be so close to them. I think all this time has given us the opportunity to kind of bond more than we ever have, and so I feel grateful for that. I’ve also been writing a ton of music, like, the past kind of three weeks specifically, I’ve really gotten into a place where I feel excited about that, and otherwise I’m baking a lot, I’m triple checking my voter registration, I’m doing all these things. Yeah. It’s a very bizarre time.

You recently celebrated your birthday. Happy birthday! Has anything changed since you turned 21?

Let me think. No. (laughs) Nothing at all! You know, I feel like there isn’t much opportunity right now to experience the benefits of being 21 here, except I’ll have a nice glass of wine with my mum at dinner, that’s about it.

You’ve tackled some coming-of-age emotions in minor. What other themes are you looking to touch on in the future?

It’s so interesting you asked that, because that’s what I’ve been writing about. Like past couple weeks, it’s been very different topics. I think I used songwriting for so many years, it’s the space where I went to immediately if I was heartbroken in any capacity. But in doing so, I think I’ve also overlooked a lot of the other most important feelings that I’ve experienced so far.

Like, a bunch that stand out to me are homesickness, having lived in New York – that was a big deal. And also just being in a new place in general, and making new friends, you know, losing friends, and kind of just like… I think what I’m so interested specifically in exploring right now, is the feeling of nostalgia because I think all of us right now are in such an unprecedented time, and probably at least I am reflecting a lot on what we had prior to the world kind of turning upside down. And I think that there are going to be a lot of very interesting songs from a bunch of different artists that touch on remembering the things we kind of used to take for granted.

On that, can you share with us what you’ve been listening to recently, or are there any songs that helped you through these uncertain times?

Yeah, I actually will pull up a playlist right now. Interestingly – well, maybe it’s not interesting – I’ve been listening to a lot of Christmas music. Christmas music makes me feel better, and I’ve been finding myself easily, like, pushed into sadder feelings based on the headlines in this country. And I have been listening to a lot of old Justin Bieber, because that does the same thing for me – and I listen to a ton of Rosalía, I listen to a lot of James Blake. The music that he’s put out over quarantine has really been important to me. Yeah. I mean, this spectrum is a very wide one, but most recently, Christmas music.

Of all the songs you’ve released, which one do you feel most strongly about?

Honestly, I think I would say ‘minor’ still, just because it’s almost impossible for me to care about music that I wrote a while ago. Like, I’m someone that I think tries to live in the moment with my writing as much as possible in terms of like, if I write a song about a feeling that I’m having, I don’t necessarily love it two months later when I’m feeling something completely different. But ‘minor’ has always been a really important one to me, it was the first song that I ever wrote where I wasn’t immediately comparing myself to other musicians. It was a very specific feeling I’ve never found before when writing a song, and I try to chase that whenever I’m writing something else from then on, kind of like a pillar for me. So ‘minor’, I think, is the song that means most to me.

How long did it take you to put together your entire EP minor?

A week and a half. We wrote the music… ‘I miss you, I’m sorry’ had been out, and ‘21’ had been out. I think those were the only two songs that were out before the project, but the rest of the music came together within a week and a half of just being in sessions. It was a very happy accident, I didn’t mean for that to happen at all, but that’s how it went.

You’ve managed to work with some big names like Sarah Aarons and Joel Little, so far. Who are you hoping to work with in the future?

Hm. There are so many. James Blake is kind of at the top of the list for me, he has inspired me since forever. I think getting even in the same room as him would be a really crazy learning experience, so I would love to work with him someday. I mean there are so many writers that I admire that I’m so inspired by. Julia Michaels is someone that I’ve… Every time she puts out music, either her own or having written for somebody else, it sends me into a crazy writing spiral. Like I may well have been in a writer’s block period, and she’ll put something out, and I’ll feel like I can write ten songs, as soon as possible. So you know, she’s someone I’d love to work with. There are so many people, everyone’s the coolest. (laughs)

i posted this on my story a few days ago but someone asked that i leave it up :-) it doesn’t have a title yet :’-)

What would you say is the biggest achievement in your life so far?

My biggest achievement as a person and an artist has been hearing from my followers when they have registered to vote, because of a length that I’ve posted. The coolest thing to me is when I see people reacting to what I care about other than music, because I think it’s really – it can be easy to appreciate somebody’s art, but kind of ignore the other parts, and I feel like I’ve successfully kind of incorporated both, and it makes me feel a really serious sense of pride, that I’m doing something right. I guess using my platform matters a lot to me, so whenever I hear from anyone, just that… Everytime I hear from a new person, it’s the most, kind of like, proud I am.

How would you describe yourself as an artist, and as someone who’s just turned 21?

I am… Interestingly, I am a pretty introverted person, but when it comes to my music, I feel like I am the most vulnerable that I could possibly be. And so, my music, I always hope is always a reflection of that, just that there are the quiet spaces that exist for anyone, where you can really think about your feelings in a serious way and get to the core of, I don’t know, how you’re feeling without necessarily feeling [with the audience]. Like, my songwriting process is so personal, it’s so individual, and yet being able to connect with other people through that lane, makes me feel a lot less alone. I hope it makes other people feel less alone. So that’s my goal, that’s what I hope to achieve in music.

What should fans look forward to in the future from you?