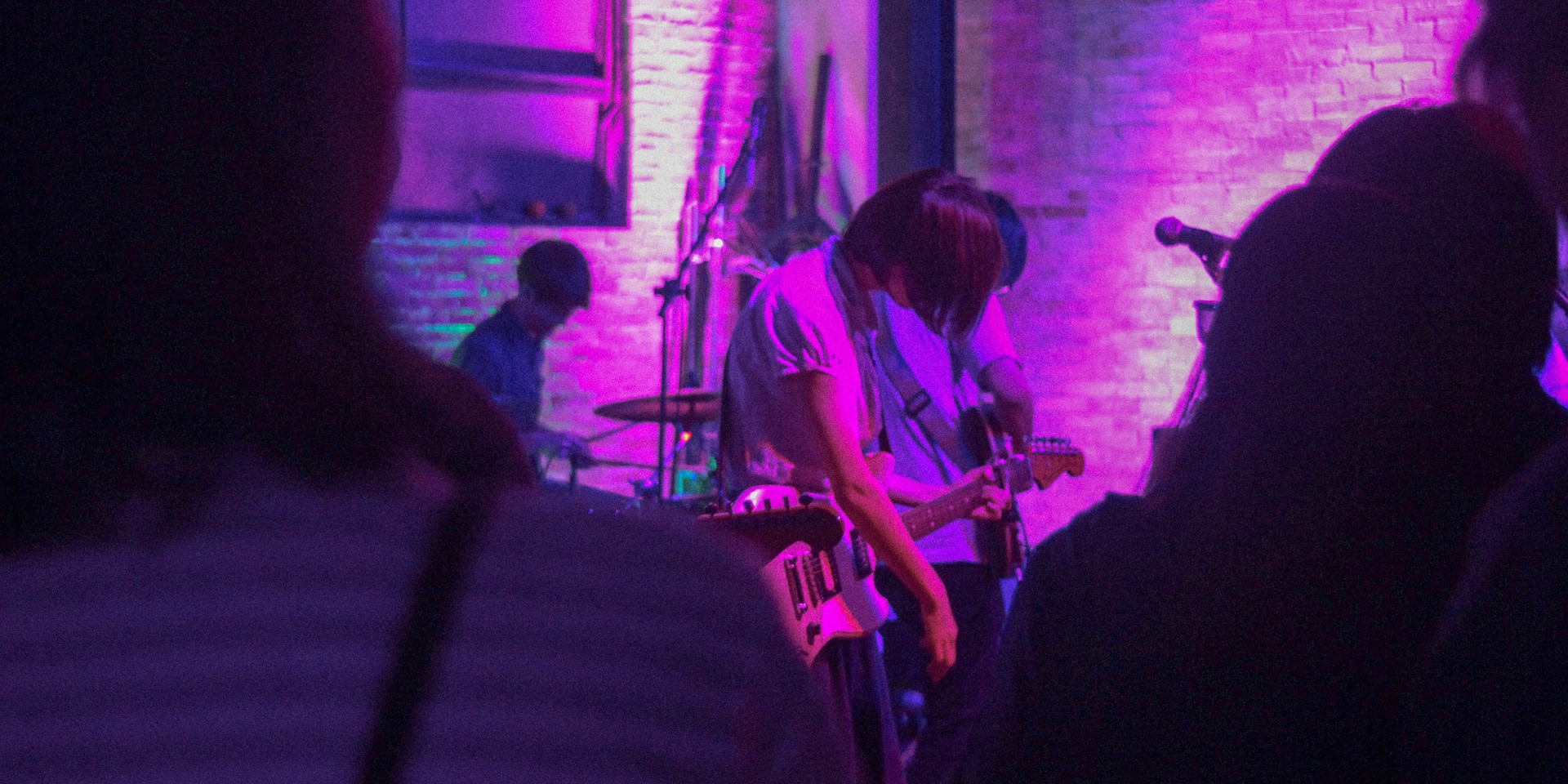 Thanks to the Internet, distance can hardly be felt no matter how many miles apart people can be. We're lucky to live in a time where it's easier to discover music from different countries, and that promoters and musicians are able to go beyond the bridges of the Internet to actually bring music overseas—Cosmic Child (SG) and For Tracy Hyde (JP) Live In Manila was one of those magical instances, brought to Manila by production outfit Almost Crimes.

This isn’t the first time that Almost Crimes, a two-man team of Paula Castillo and Red Bartolome, brought regional bands to Manila. In the past year alone they’ve gathered Southeast Asian music scenes by putting up shows for Singaporean bands Sobs and Subsonic Eye, and Indonesian bands from Kolibri Rekords like Gizpel, Bedchamber, and Grrrl Gang at Mow’s.

This time around, the show came together when a good friend of Almost Crimes, Raphael Ong of production Middle Class Cigars (SG) and Sobs, brought up putting up a show for Cosmic Child and For Tracy Hyde in Manila. On bringing these bands in particular, he shared that they have “a distinctly Asian sensibility towards the overwhelmingly Western-driven genre of shoegaze and dream-pop….Paula & Red's curation of artists that shared the stage with them was perfect too, with just the right balance of emotional sentimentality and sonic immediacy.” It also turned out to be much more intimate compared to the previous shows they’ve played in Manila, especially with the particularly emotional music that the lineup had to offer. 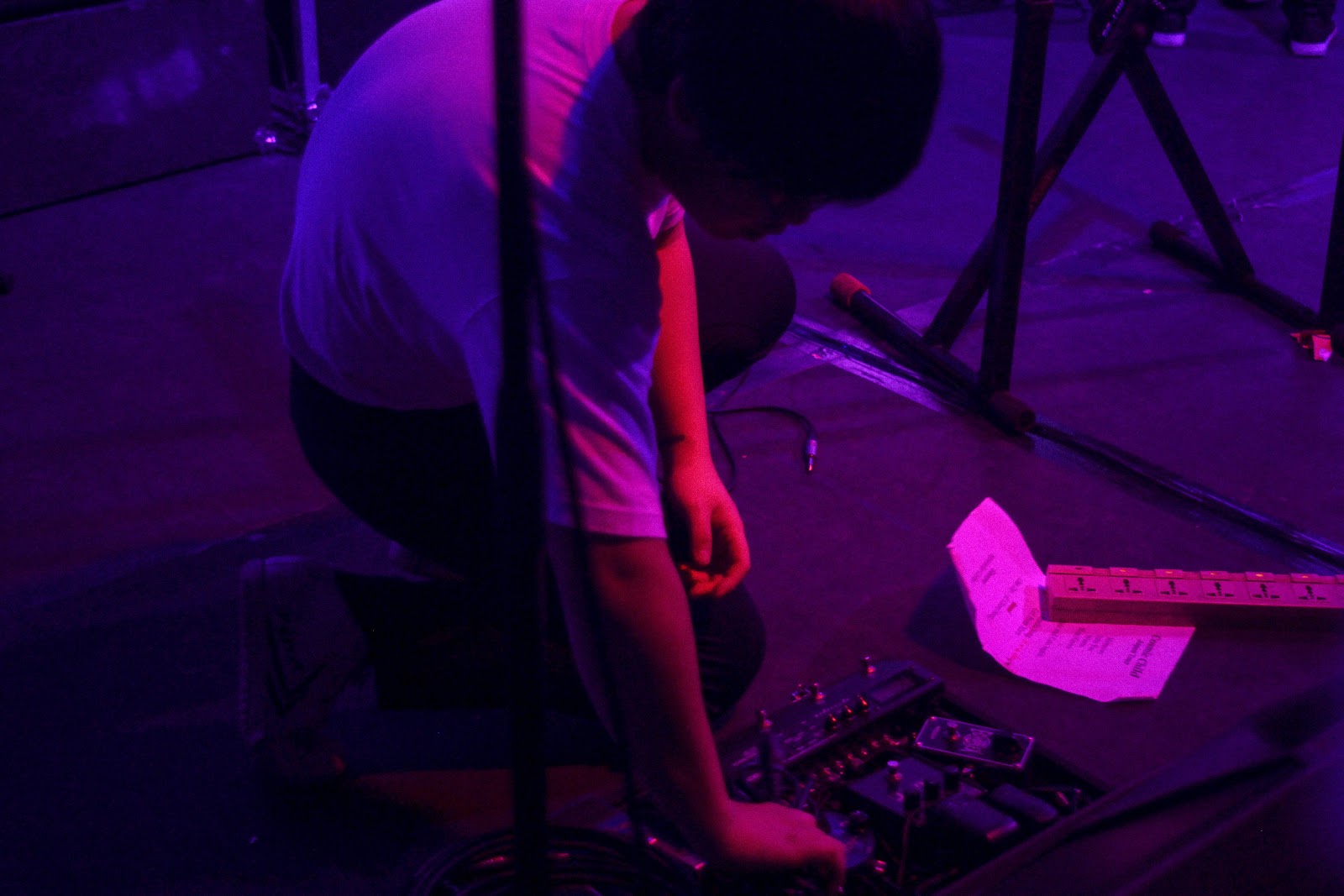 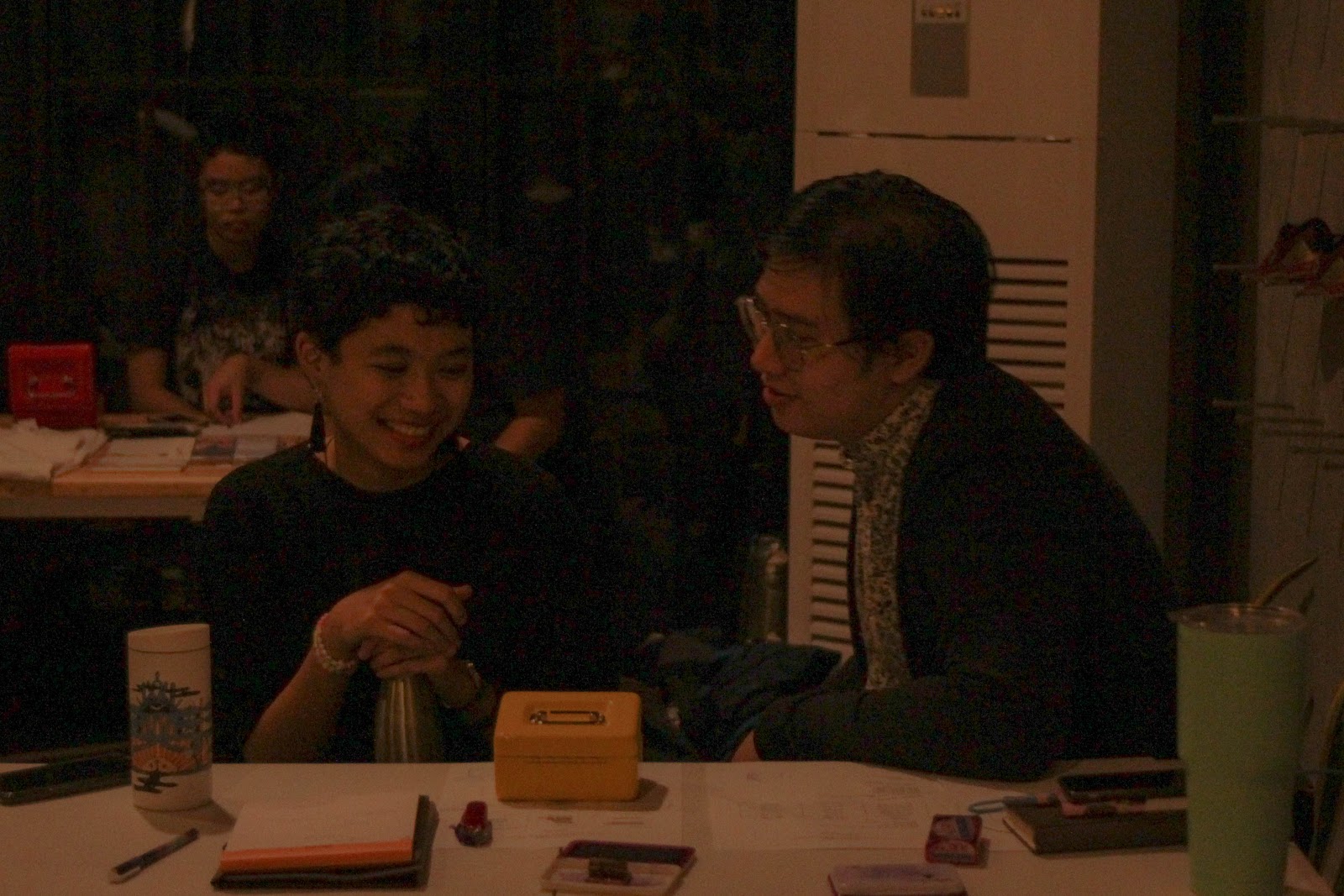 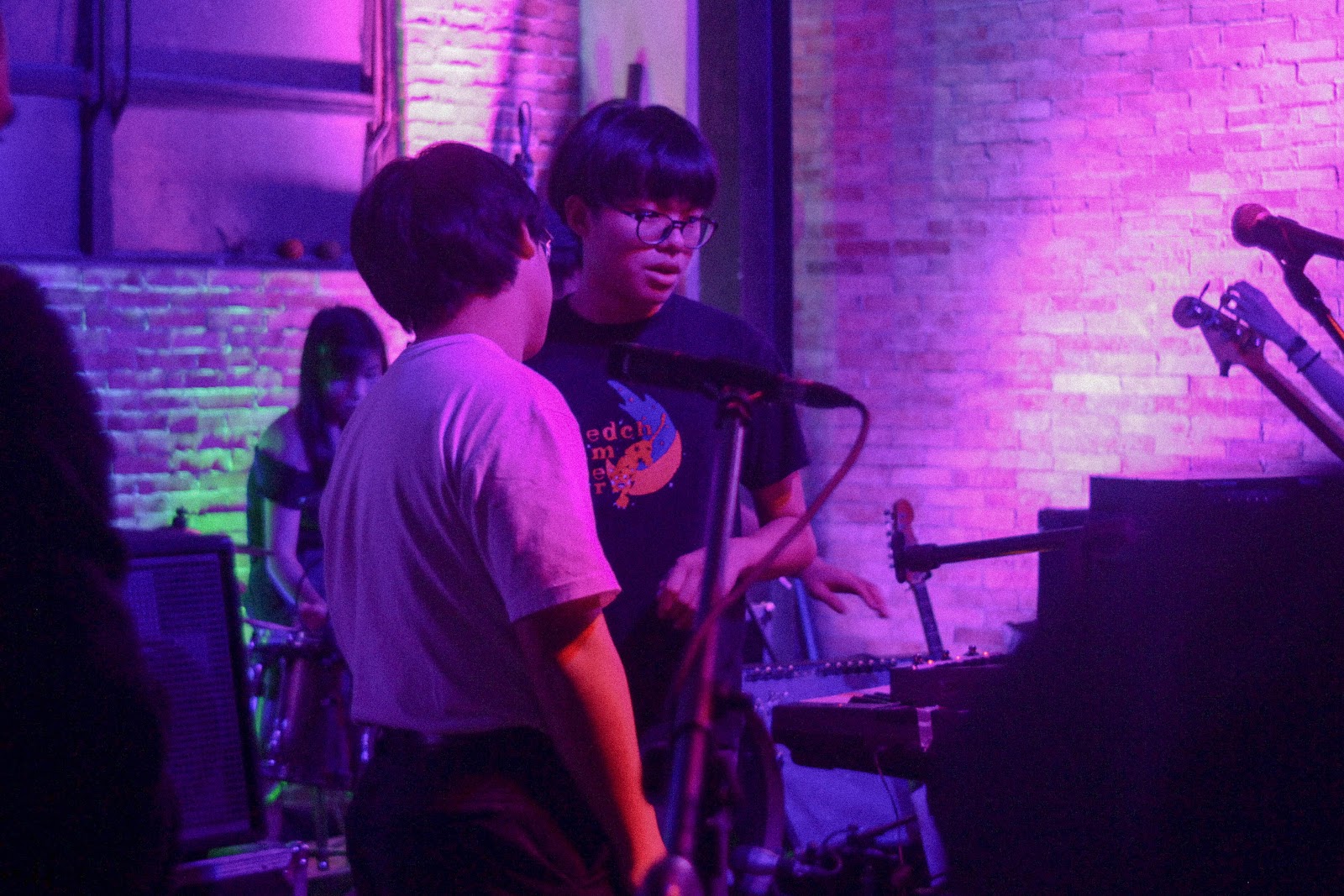 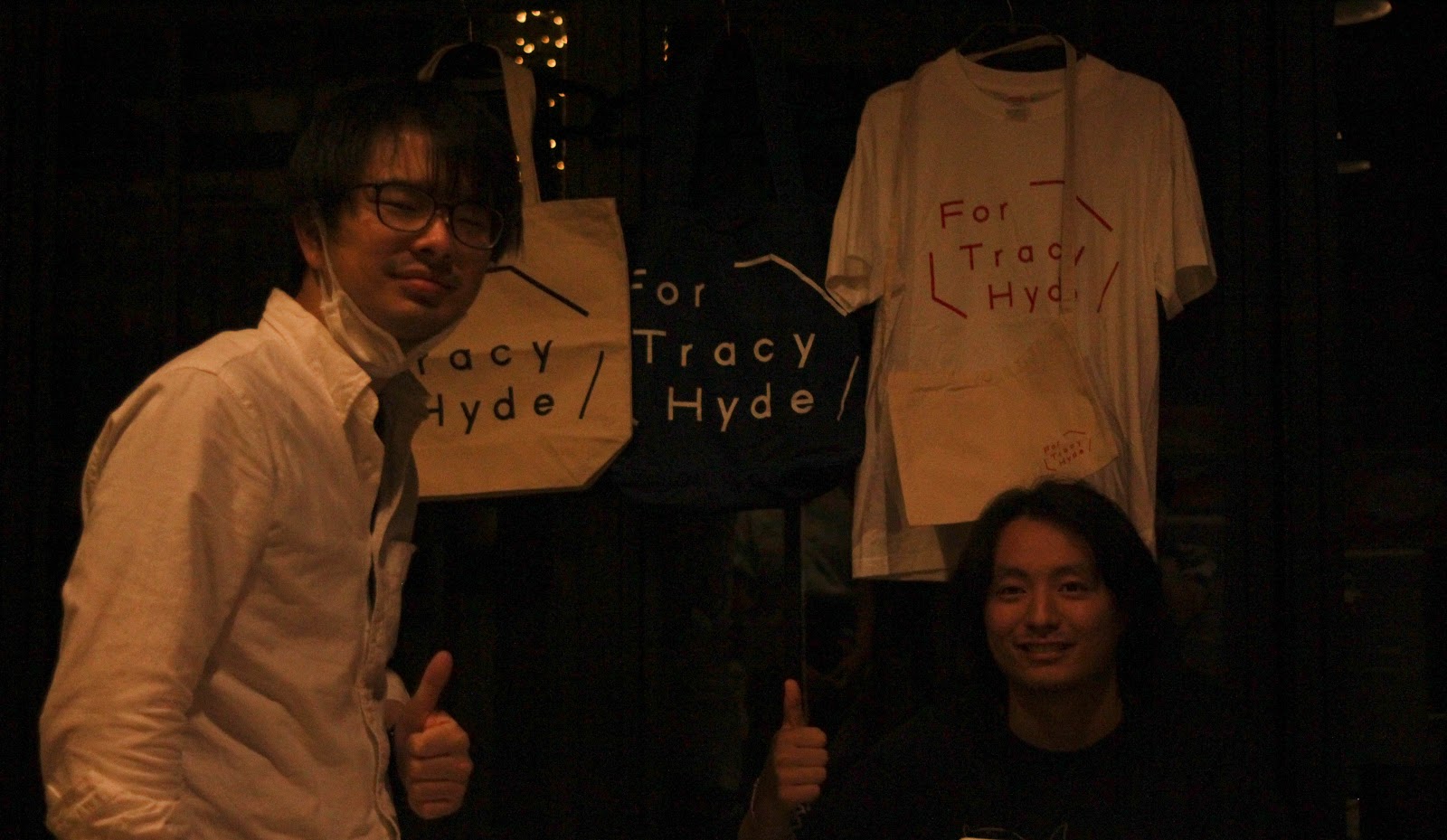 We've been always open to work with him and the idea to share our DIY spaces to other foreign / SEA bands, so we said we are game and up for it right away.”

It was pretty much a DIY project on a large scale, with everything being handled by the Almost Crimes team and friends themselves—from taking care of the band and making sure they got their Jollibee fix (which Paula mentioned is now a ritual whenever they bring in SEA bands), to soundcheck, to setting up and manning the merch booth, and everything in between.

To see Cosmic Child and For Tracy Hyde alone would have already been a treat, but the show was unsparing of good music from homegrown Filipino acts. The rest of the lovely shoegaze and electronic/dream pop lineup had Outerhope, BP Valenzuela, and Megumi Acorda. Held at One Two Three Block (which is actually a gym in the day), it was a first for Almost Crimes to put up a show that wasn’t in the familiar and intimate space of Mow’s. That’s not to say though that it was a far cry from the usual fun—still, a community of old and new faces showed up, and the show was wonderful nonetheless.

The night began with dream-pop duo Outerhope. With their heavily synth-driven sounds and songs of love and loss, it was a warm welcome to everybody who came. 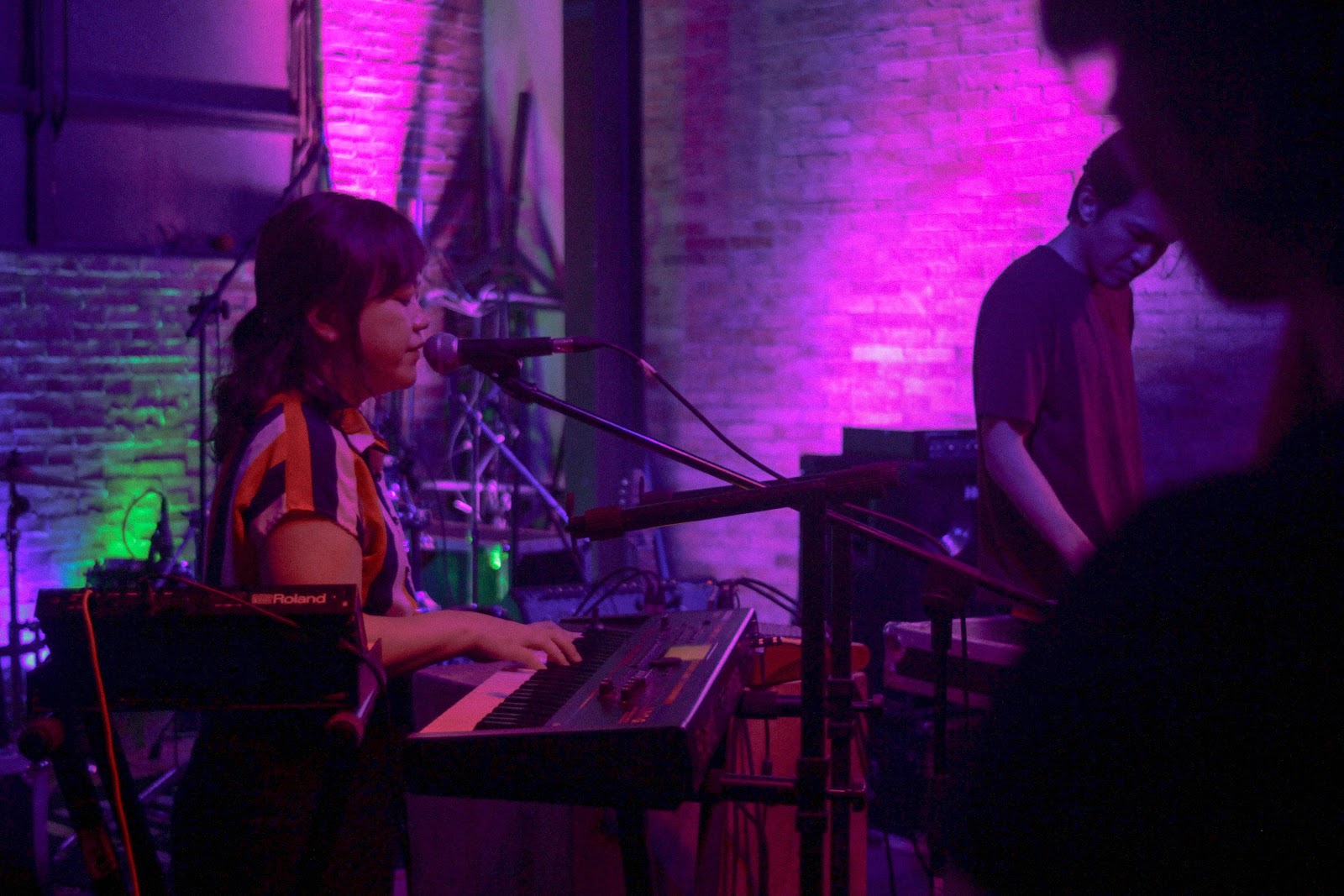 Following Outerhope was producer/singer-songwriter B.P. Valenzuela. Using an intricate electronic setup that seems to take a certain prowess to operate, she went from song to song so seamlessly that it was like a dream of synths and otherworldly sounds. 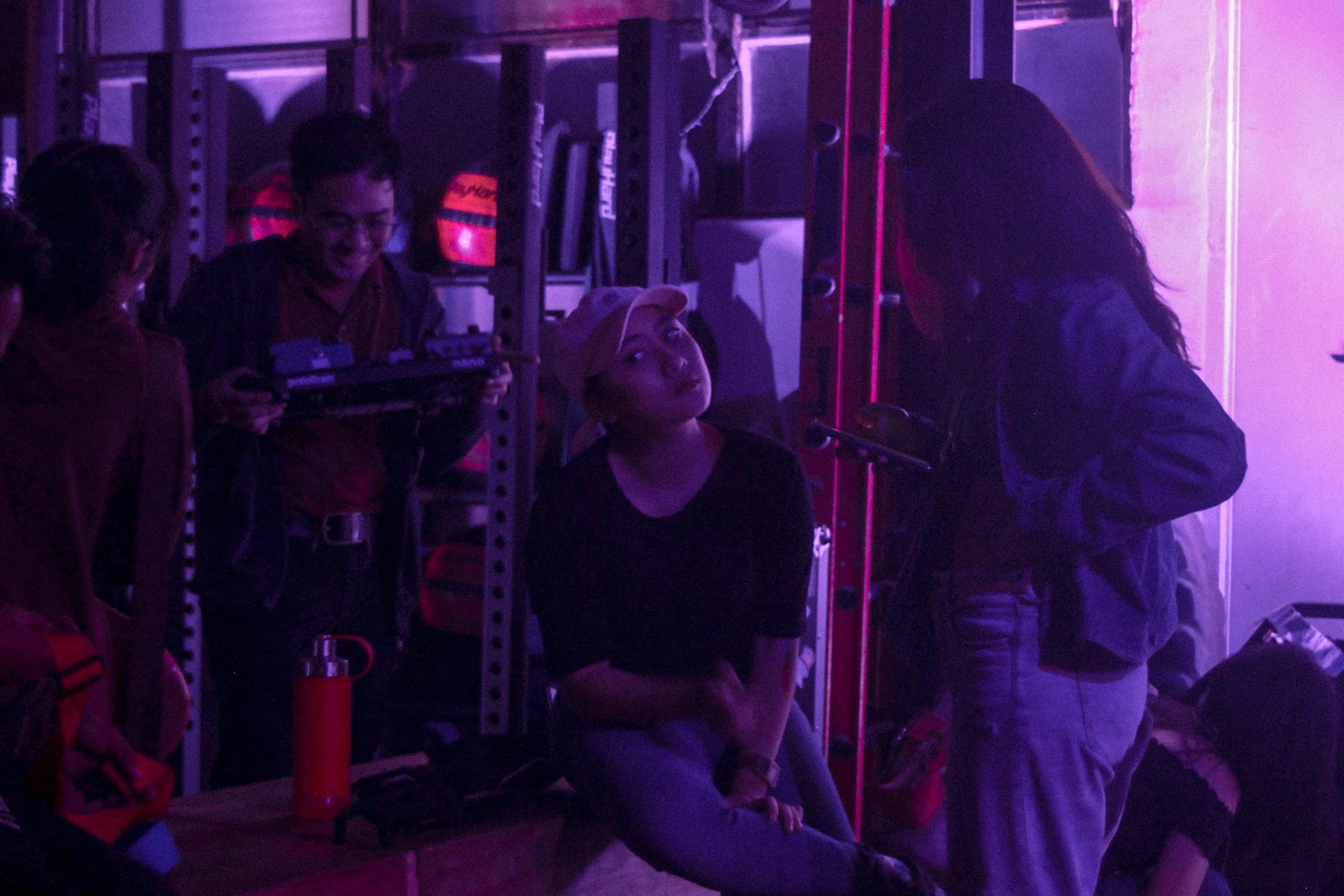 Cosmic Child, the third act of the night, began their much-awaited set like quite like a hellogoodbye. After previously playing at All of the Noise 2018, this show would also be their last in Manila before they would disband after their SEA tour. Still, they put up an unforgettable performance, along with Paula subbing on bass. There were a few technical hiccups in some songs, but that didn’t make the music any less good. 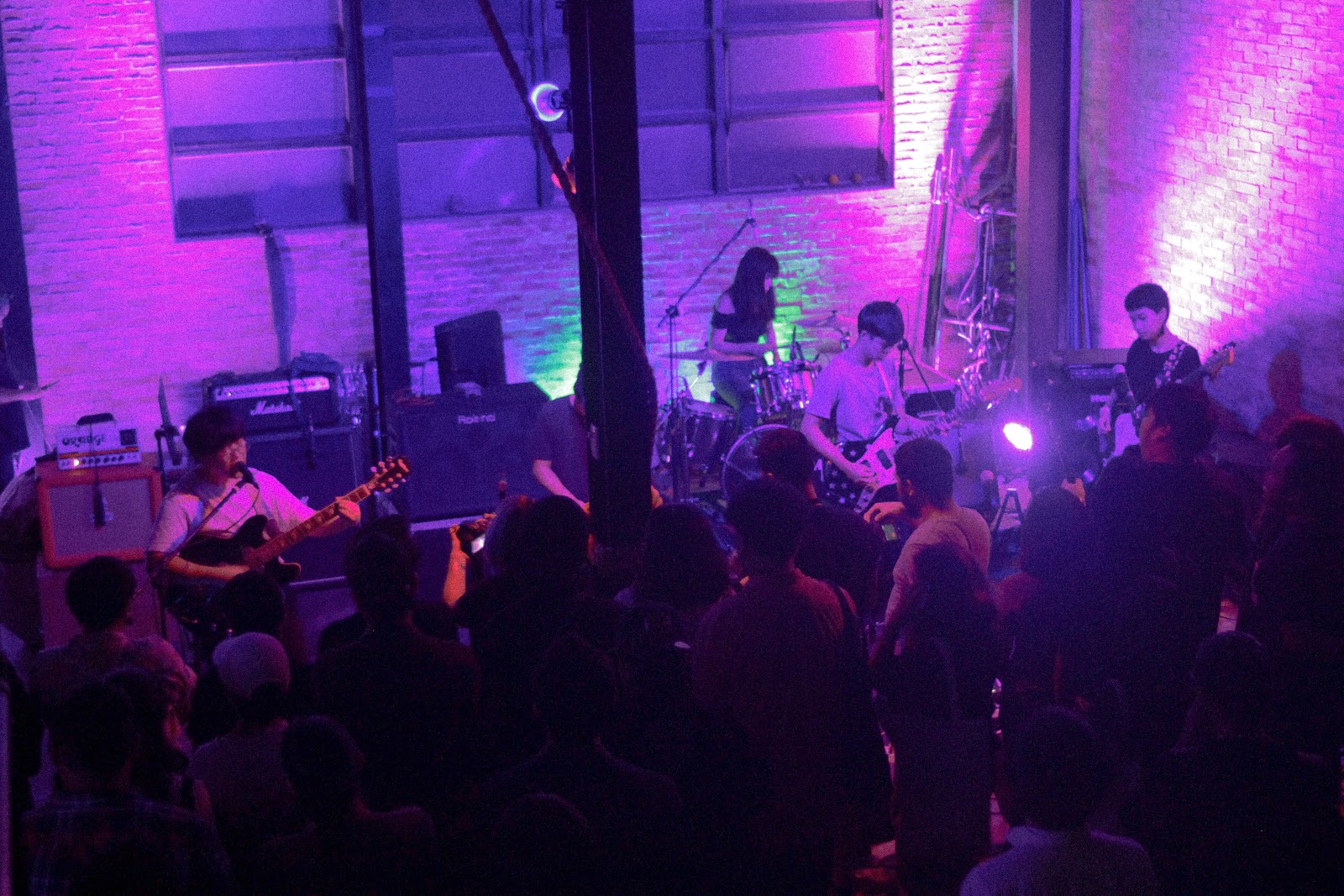 Speaking of sound tech—Johann Mendoza, composer and recording engineer who does sound tech at Mow’s, was also at the show to do his usual job alongside Raphael and for the first time in a big venue outside of Mow’s. For him, there was a lot he learned from Raphael who already had prior experience with consoles and sound.

I think one of my favorite moments doing sound for the show was how during most of For Tracy Hyde's set we were trying to fix the technical issues that didn't come out during soundcheck, which all culminated in horrible feedback at a certain point. But by some miracle, the last 3 songs went on very smoothly with no issues at all. Raph and I just looked at each other and shrugged at that point. I still don't know what really happened.” 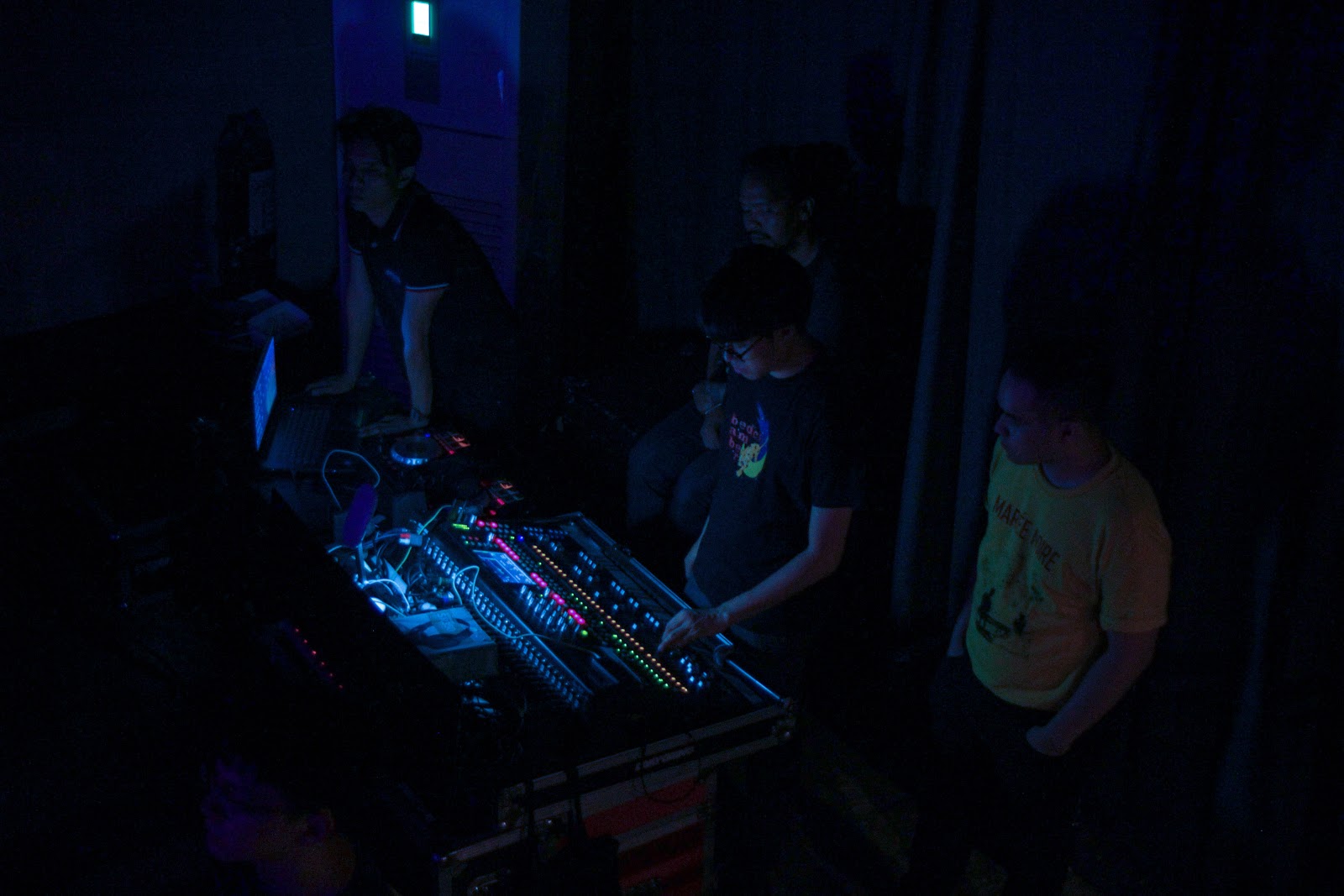 As the second to the last musician, Megumi Acorda and her band made everyone swoon with the sweetest vocals and guitars. Performing her entire EP and some other songs, it was nothing short of enchanting. As one of Raphael’s favorite moments of the night, he shared it was nice seeing For Tracy Hyde and Cosmic Child really enjoying her set, along with watching everyone around him slow dance to 'Ghost'. 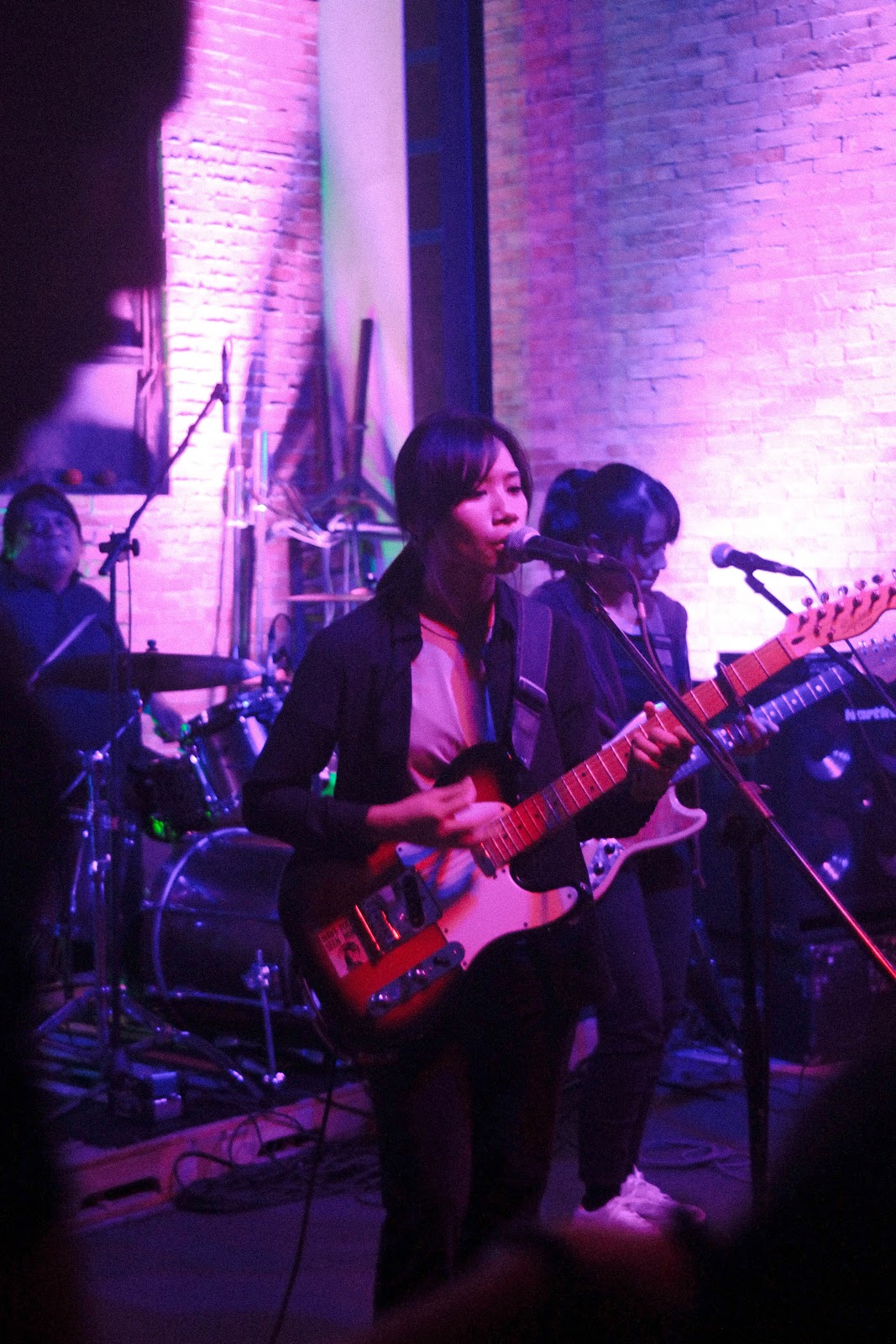 There was hardly any mosh pit or dancing throughout the show, but as if they were under a spell, people swayed and listened intently all night. It was only during For Tracy Hyde—the last act—that people started to move about as somewhat like a grand finale. Everyone went crazy for their lively songs, along with the heartfelt thanks and compliments from the band. At some point, a bouncer tried to stop the people moshing, but they carried on and refused to let anything kill their fire.

For Tracy Hyde has a sound that is equal parts uniquely Japanese as it is international, and not only did we want to do for them what they so graciously did for us on our bands' Japan tours, we wanted to give them a platform to share their music with the rest of Asia, and also share our very much like-minded scenes with them.” 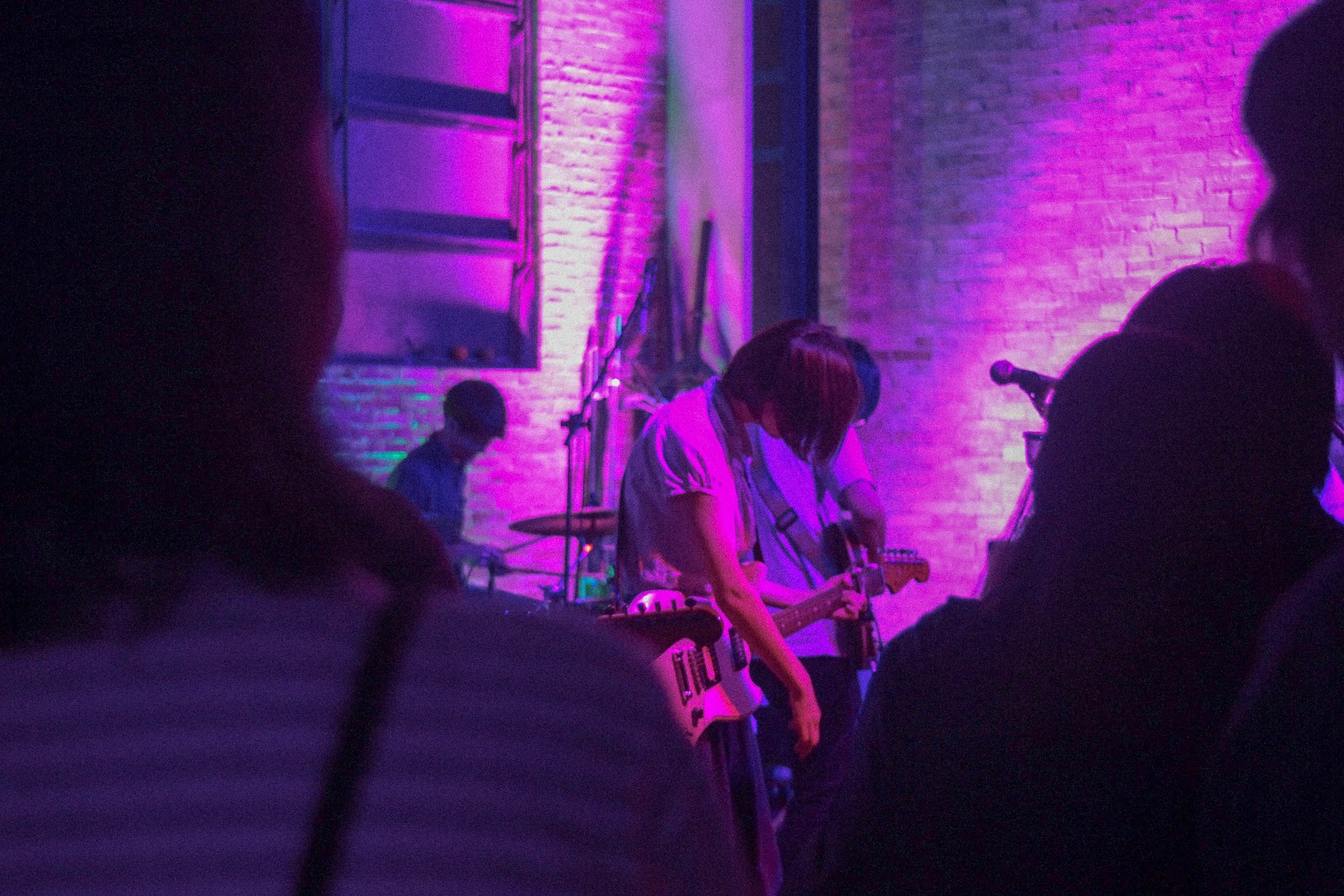 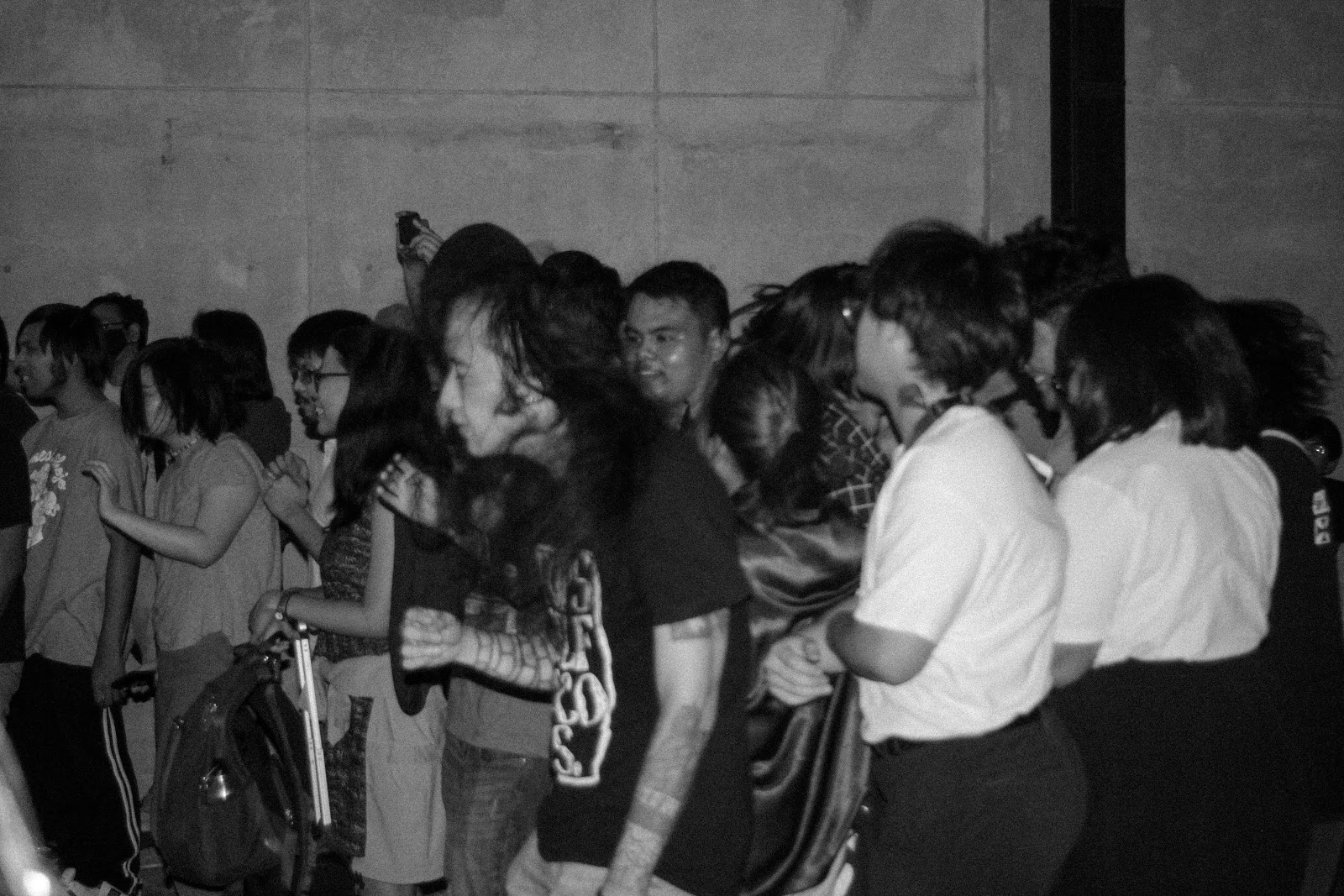 It was a wonder to have so many different kinds of people all in one room for a show that was put up with so much love. Anyone at the show would’ve been able to feel that even with the differences between everyone there, there were no divides at all so much that you couldn’t tell anymore who was a performer, a part of the audience, a foreigner, or someone from Manila’s community.

Manila was lucky to be a meeting place of different music from different communities in one night, and with all these means of connections across the globe, distance doesn’t have to keep people apart—if anything, it should be a reason all the more to bring people from different scenes together. 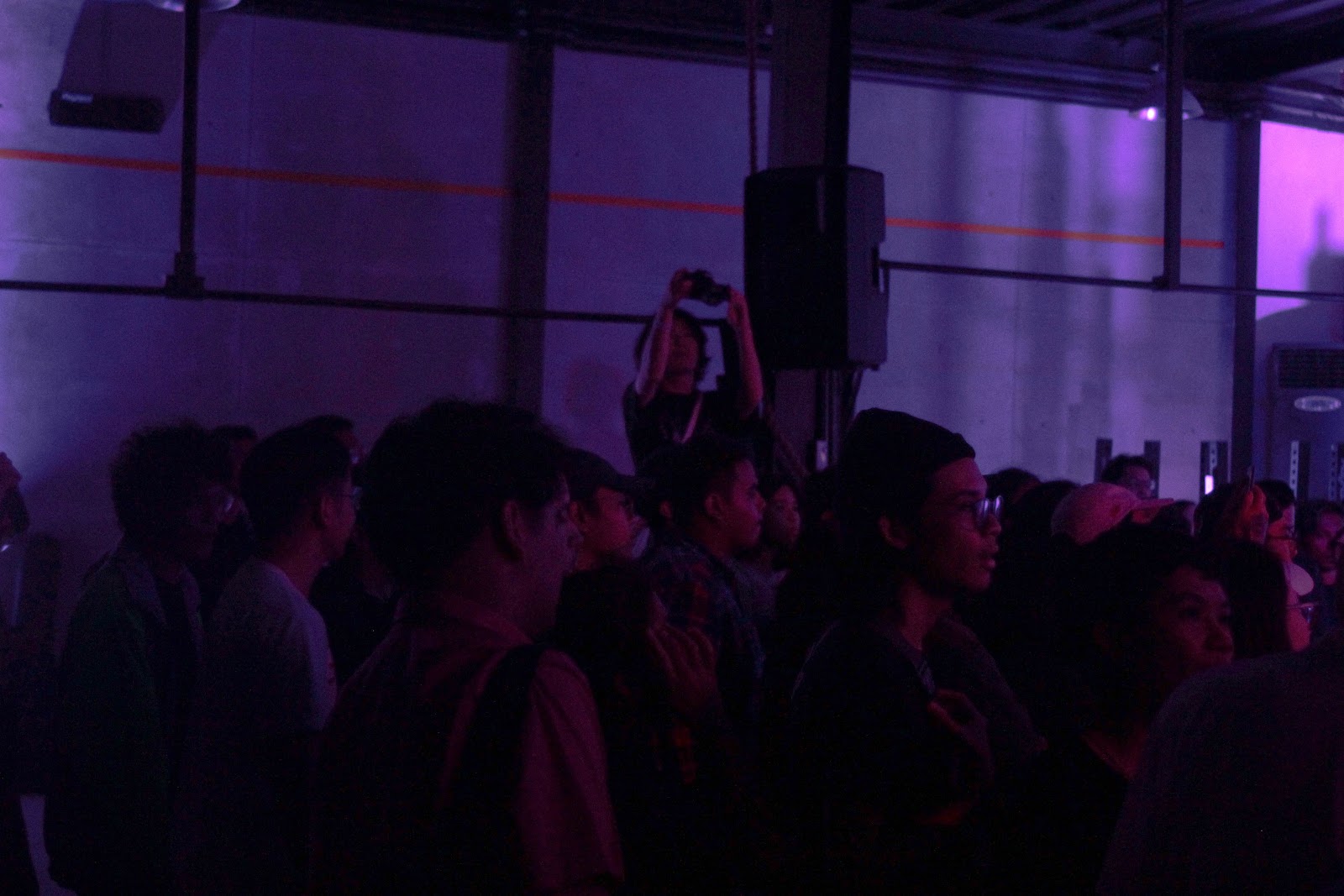 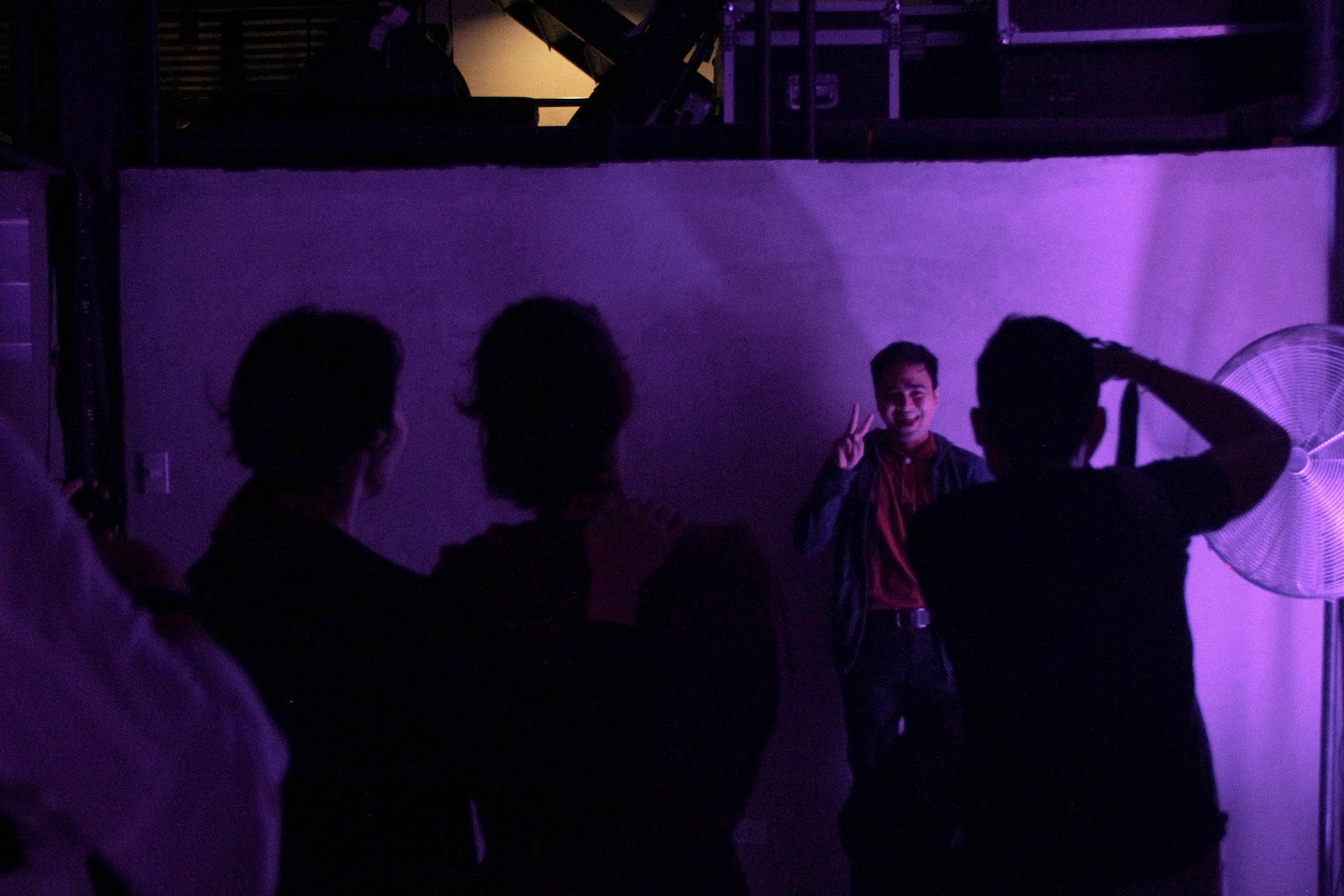 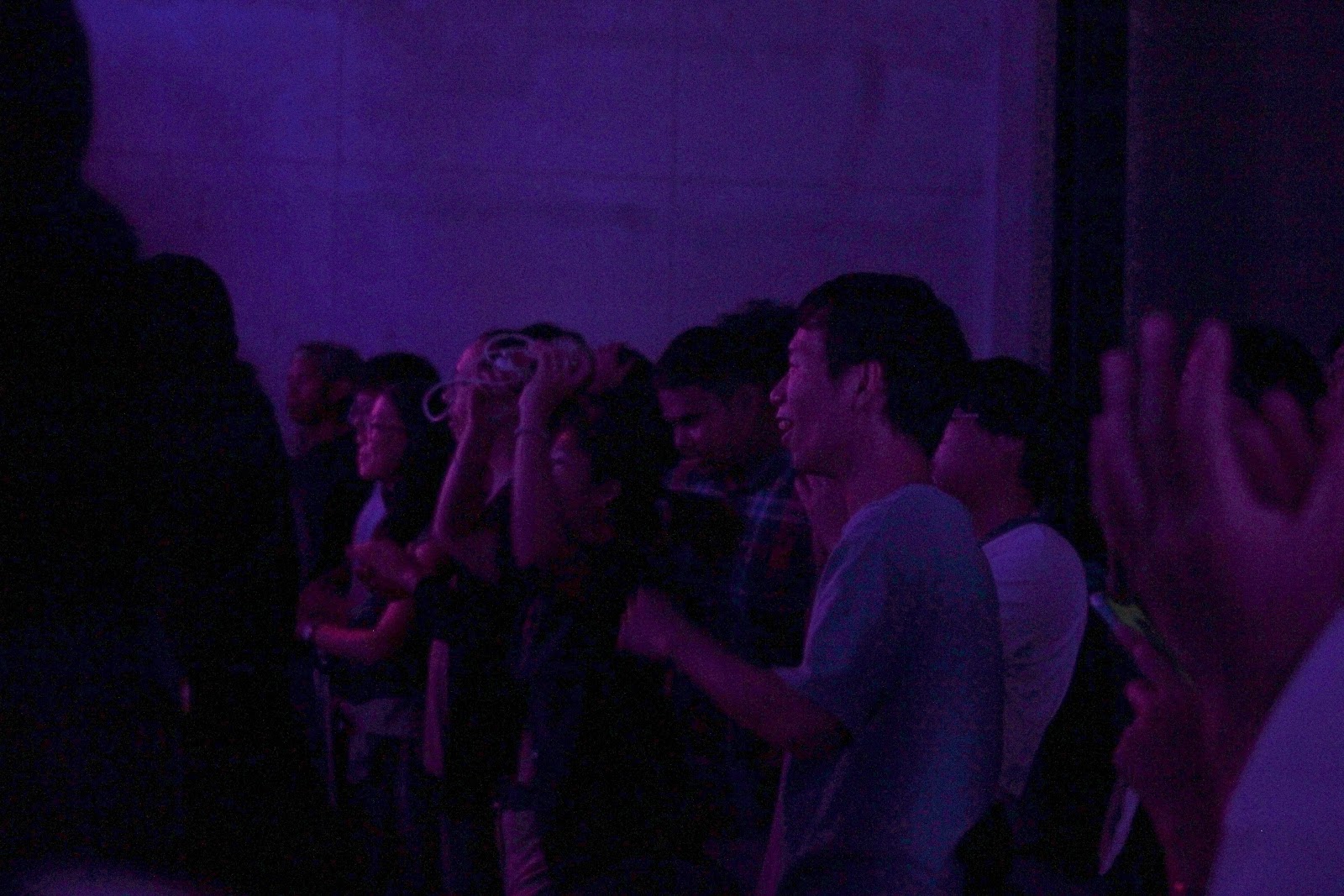 Special thanks to Almost Crimes.