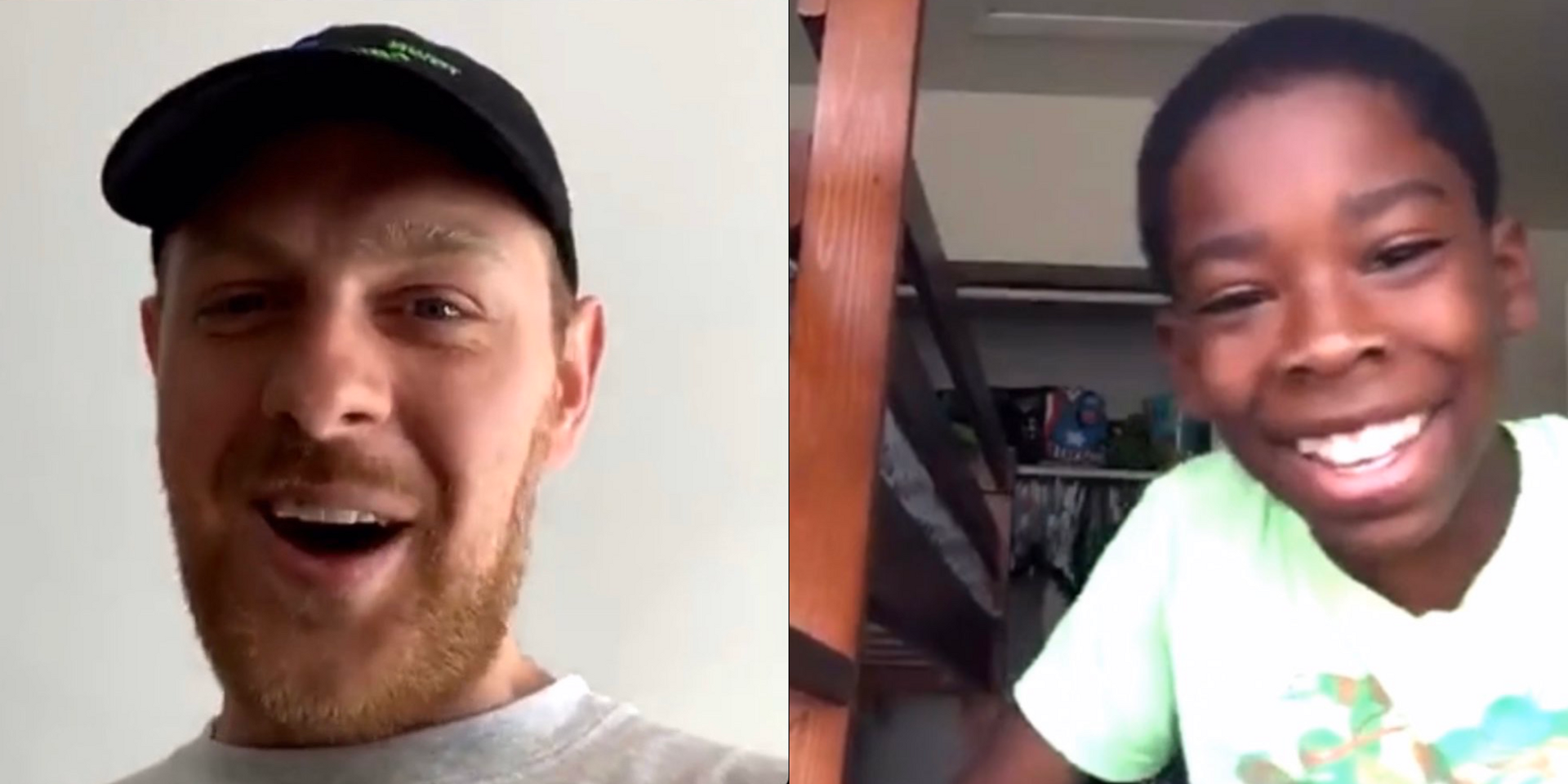 11-year-old aspiring rapper, Ray3, uploaded his first rap video on Youtube last month and has since gotten the attention of the music community.

Previously going by the moniker 'Hotboyfire', Ray3 first shared an introductory video where he performs an original rap and speaks about his dreams of becoming a famous rapper. "I like rapping. It's just what I wanna do and what I wanna be when I grow up."

His name broke out when a photo of the same boy recording himself on his mobile phone with his charger wire dangling from a bunk bed became the talk of the music community on Twitter.

American record producer and songwriter Kenny Beats chanced upon a meme of Ray3 on Twitter and initiated a project with other musicians to send recording equipment to the aspiring rapper's house so that Ray3 could take his dreams to the next level. Ray3 has now garnered 6,880 subscribers on Youtube, ready to conquer the world.

Ray is officially in business

FINNEAS, Kehlani, and Dom McLennon from BROCKHAMPTON were some musicians who chimed in to support Ray3.

What else he need?? Happy to supply

i am ready to stan Ray. my pockets are ready to buy every song. my body is ready to dance at the concerts. 🥺 https://t.co/J5XWq0LHWx

Down to throw in on this too

Beats by Dre also showed their support for Ray3 in their reply to Kenny Beat's tweet.

We’d like to send Ray some product! Let us know how best to make it happen.

Kenny Beats finally got to meet Ray3 in a heartwarming Instagram Live video yesterday, where he told Ray3 about the recording equipment that will be sent to his home.

Ray3's rap talent was also widely celebrated by the Twitter community, after a video of his rap went viral.

Ray is officially in business