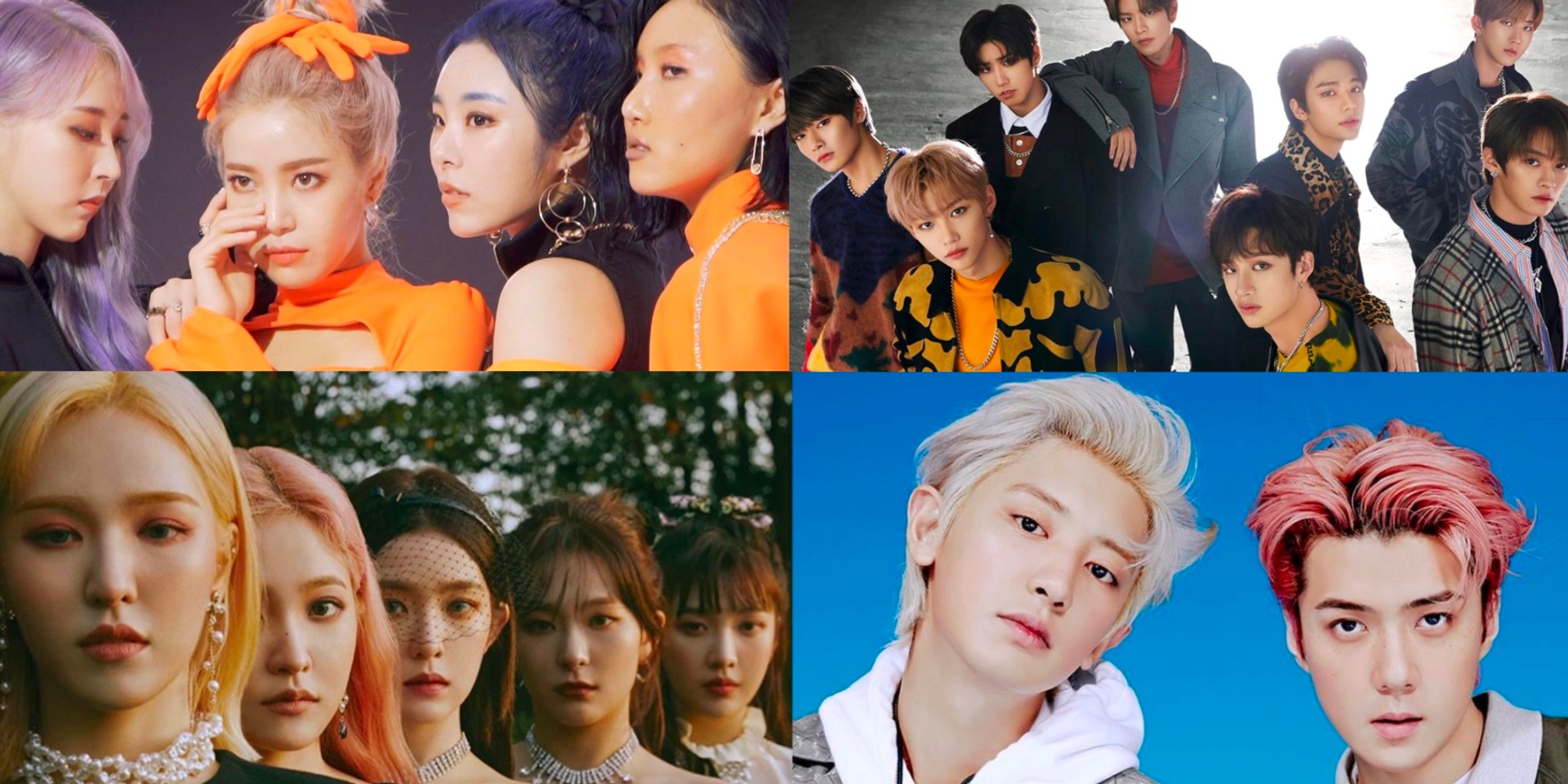 Amidst the coronavirus, K-pop has found a new sweet spot in adapting physical events into digital concerts and live fan meetings to connect artists and fans worldwide.

This year, one of K-pop’s largest annual concerts, the 26th Dream Concert 'CONNECT:D' went digital last week on 25 July. While the shift to the virtual stage renders a different experience from previous years, the show still boasts state-of-the-art concert sets like no other, following SM Entertainment’s 'Beyond Live' concerts and BTS’ 'BangBangCon' which took place earlier during the pandemic.

Aimed to bring hope and courage to K-pop fans around the world, the 2-day event featured performances from star-studded K-pop acts such as EXO-SC, Mamamoo, Red Velvet, OH MY GIRL, Stray Kids, ITZY, and more. Besides the impressive line-up, CONNECT:D featured a lavish red carpet session and cutting-edge technologies such as the use of augmented reality, virtual reality, and 3D sound.

Have online concerts become the new normal of K-pop? Bandwagon checks out 4 highlights from the virtual event below.

South Korean singer-songwriter and ex-Wanna One member Kim Jae Hwan proved to be a true romantic in an exclusive sweet duet performance of ‘Some Day’ with his WIN:D (fanclub name). The ballad, which is from the original soundtrack of hit drama series Crash Landing On You, sent goosebumps down audiences as he soulfully harmonised with pre-recorded videos of fans singing along that were projected on the big screen. Apart from 'Some Day', Kim Jae Hwan also performed ‘Who Am I’ and ‘The Time I Need’ from his 2019 album Moment. 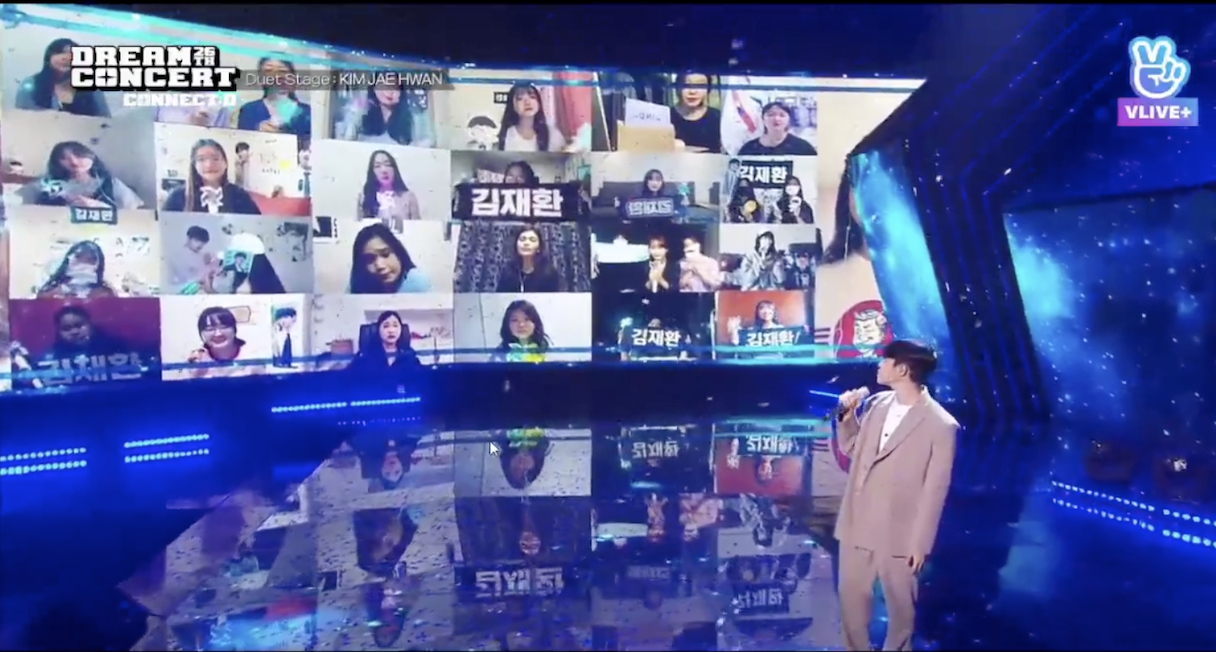 2. Bridging artists and fans with fanchants

A tradition unique to K-pop is fan chants, which involve K-pop fans following a designated chant of the names of the members or lyrics during the specific break during an instrumental break, dance break or a verse in a song.

Although fans were not able to perform the fan chants in person, a pre-recorded audio of fan chants CONNECT:D had collected from fans beforehand were played over performances such as Red Velvet’s 2017 best-known summer track ‘Red Flavor’, Mamamoo’s empowering banger ‘Hip’, and EXO-SC's latest bop '1 Billion Views'. Not only did the booming fan chants in both performances encourage fans around the world to sing in unison, it was also evident that the idol groups were impressed by the overwhelming support by their ReVeluvs, Moomoos, and EXO-L.

3. Travel around the world with OH MY GIRL, South Club, and ASTRO

In a segment titled ‘World of Music’, K-pop fans were able to 'tour' the world with their favourite K-pop groups through virtual reality and green screen magic. While OH MY GIRL danced to ‘Bungee’  in front of the Eiffel Tower in Paris, South Club explored the Serengeti in Africa, while ASTRO checked out the famed Christ the Redeemer statue in Rio de Janeiro, Brazil. Although the idols struggled to interact with the computer-generated imagery building and animals, the comical segment drew laughs to lighten up the atmosphere. 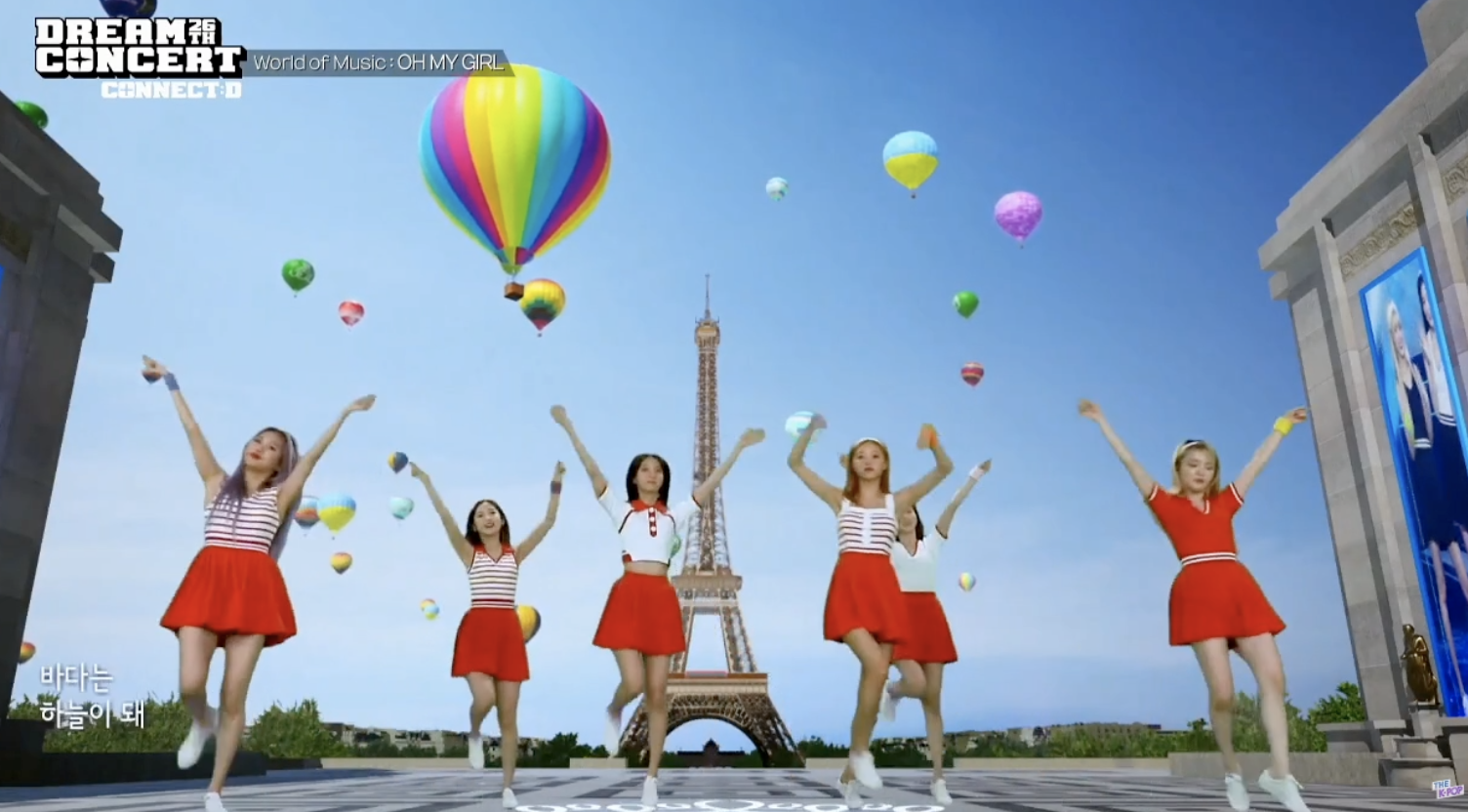 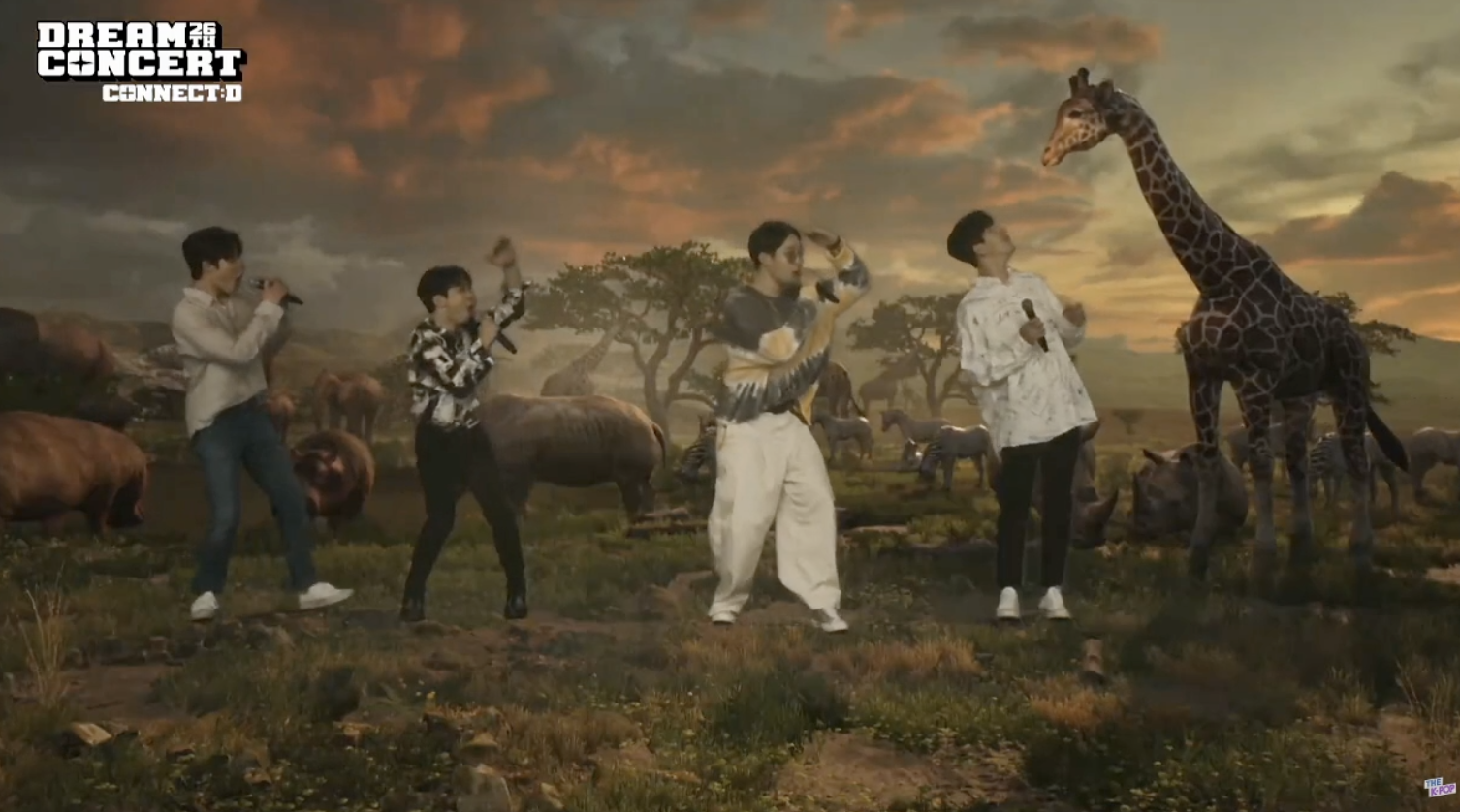 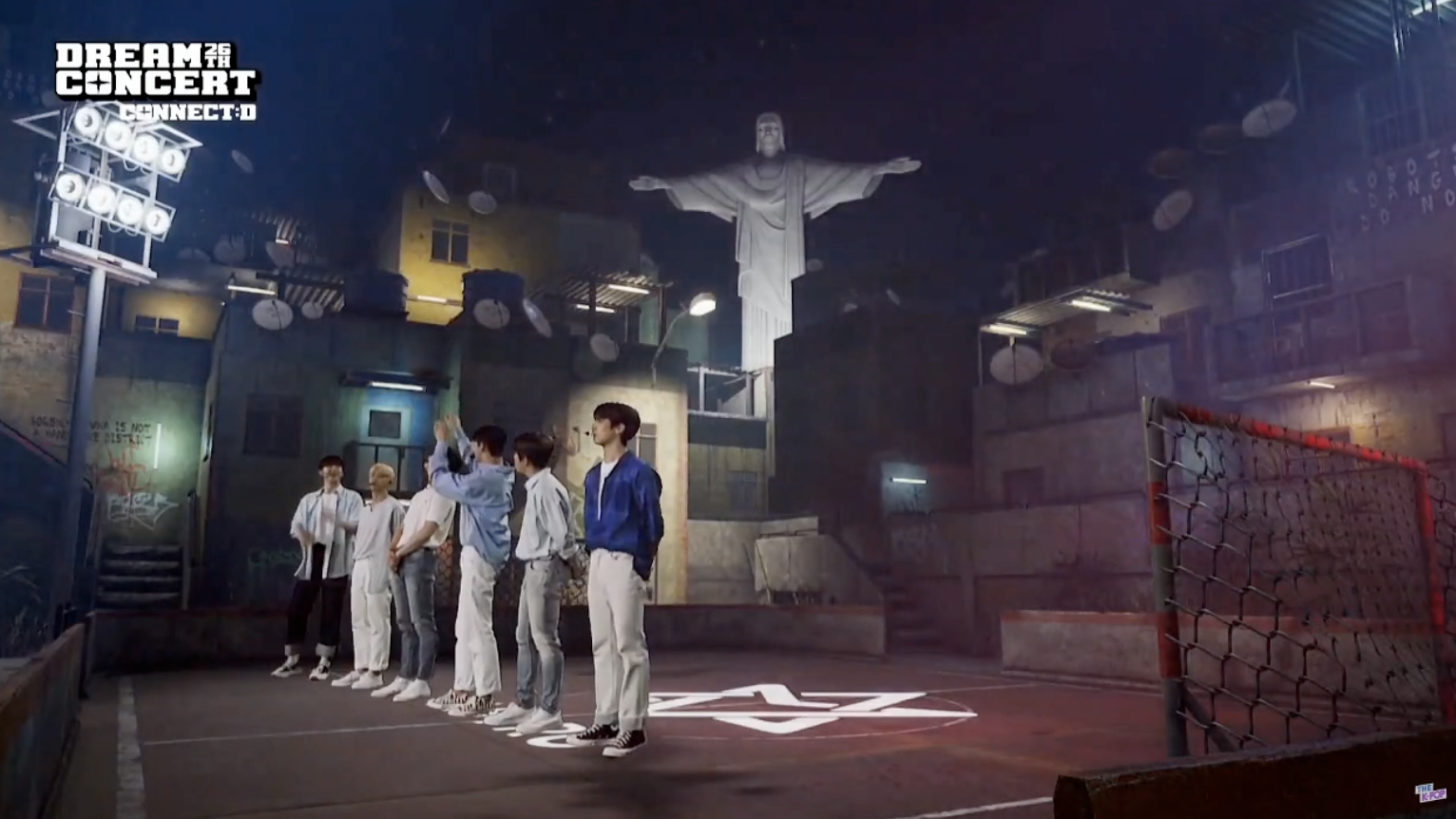 For K-pop boy group The Boyz who are known for their extensive use of stunts, executing their flashy performance for newly-released track ‘Checkmate’ on CONNECT:D did not pose any issues at all.

With multi-cameras, LED screens and an elaborate stage with strobe lights, the 11-member group took fans into an intense game of chess which transitioned into a lightning-fast dance break. Later, the main rapper Sunwoo was even carried on a throne by his fellow members. 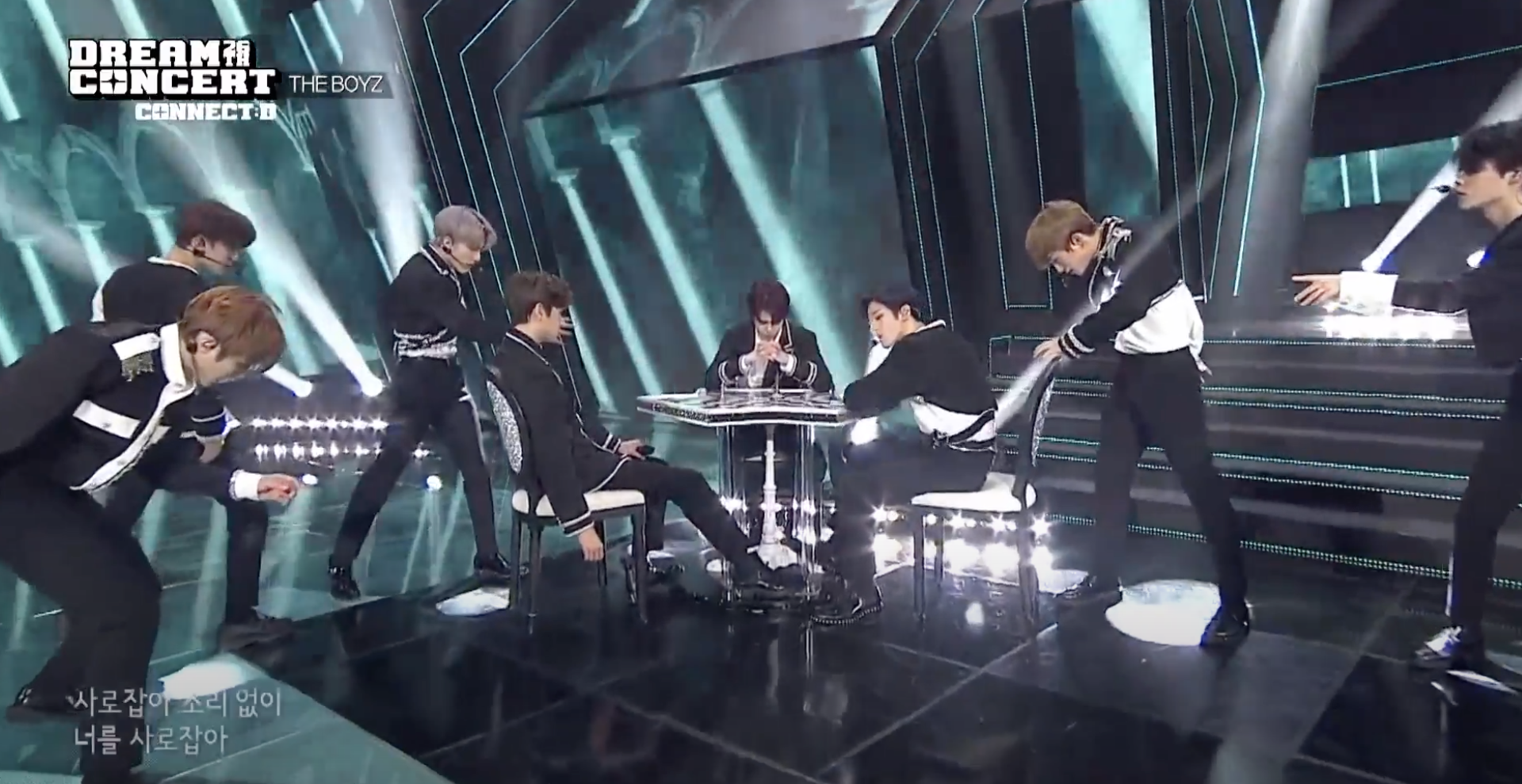 Most notably, the performance featured a fierce sword fight between members Jacob and Eric, which let fans in for a treat to immerse in the elaborate scene. Prior to CONNECT:D, The Boyz won Mnet's reality television competition 'Road to Kingdom' for their stunt-orientated stages earlier this year. 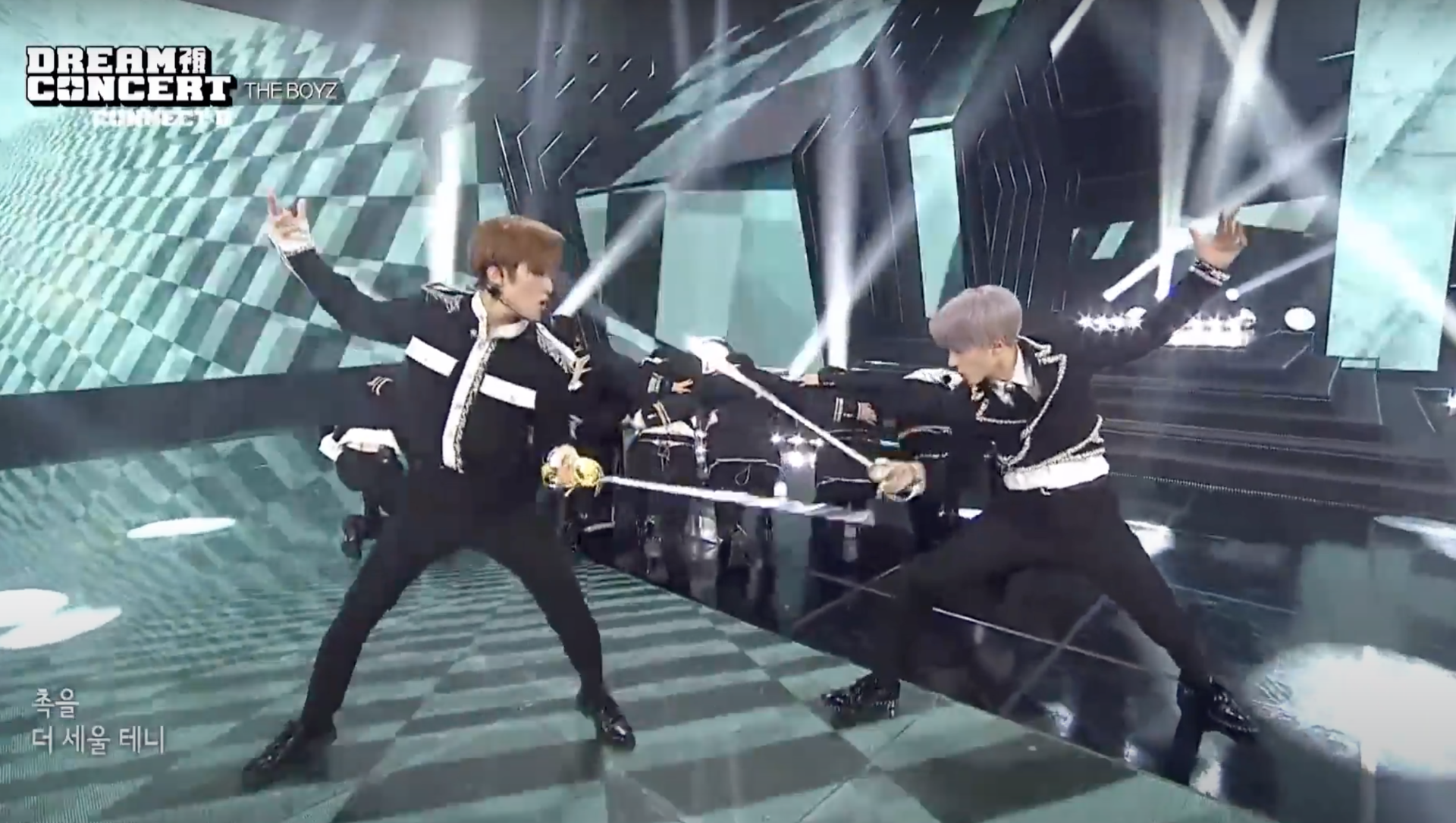