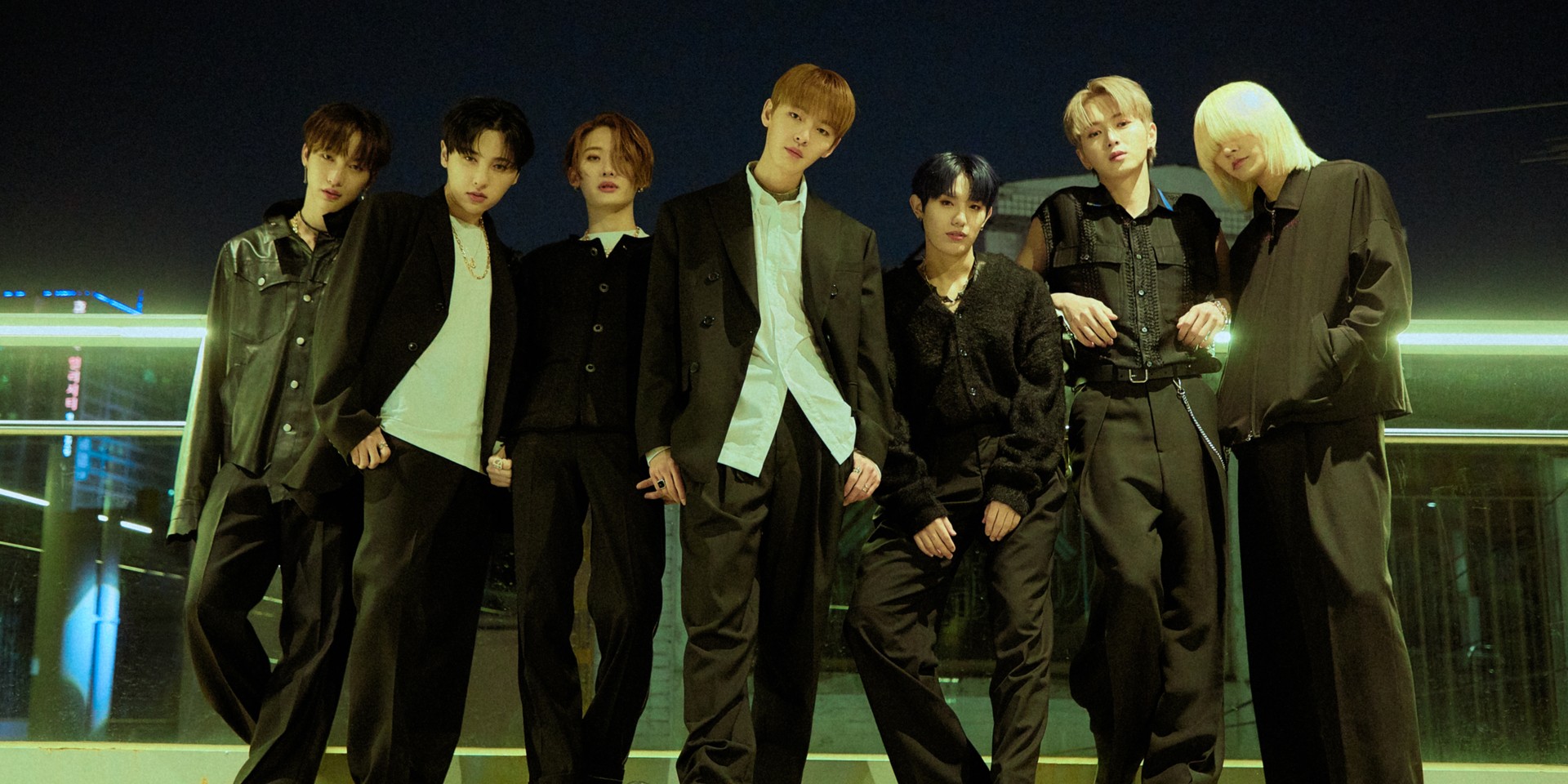 Between the night sky and the soft glow of street lights, seven lanky silhouettes stand shoulder to shoulder on an abandoned bridge. From afar, OnlyOneOf resemble the perfect equation of a seven-member K-pop group. Upon closer listening, one would then realise that their music makes them truly only one of their kind.

Backed by creative director Jaden Jeong, the mastermind behind the LOONA universe, OnlyOneOf is the first boyband created by 8D Creative (RSVP). OnlyOneOf's debut in 2019, with their R&B inspired tracks 'time leap' and 'savanna', put a refreshing spin on K-pop and defined the band as a new force to be reckoned with. The band made their debut with their first EP dot point jump Vol.1, dropped their latest release, Produced by [], Pt. 1 last May.

Boasting a dynamic mix of talents, OnlyOneOf desire to be different. The group consists of Nine (vocalist, beatmaker, maknae), Mill (rapper), Rie (vocalist, dancer), JunJi (vocalist, dancer), Love (leader, main vocalist), YooJung (dancer) and KB (rapper, producer). With their artistic voices shining through as one through their self-produced and choreographed songs, it is no surprise that the rookie group earned their title as one of Billboard's Top 5 New K-pop acts to watch in 2020.

Bandwagon caught up with OnlyOneOf, who shared with us their journey from their days as trainees, idol inspirations, member chemistry, and music.

Tell us how your K-pop idol journey started.

The seven of us started off our careers as trainees, just like most of the K-pop groups did. We were raised and influenced by many K-pop artists before us, like Bigbang, EXO, and Psy. Their influences have expanded globally through their music and all of us were very determined to do the same.

We met Jaden, our creative director, who had a vision of expanding the musical spectrum of K-pop through bringing in other genres like R&B and deep house. That has never been done so far, we loved his vision and started the journey with him as OnlyOneOf.

What does OnlyOneOf signify?

OnlyOneOf represent our aspiration to be a one of a kind artist within the K-pop Idol spectrum. We want to provide a unique value proposition to our fans, through our music and interactions with them that can never be otherwise satisfied. We always go back to our name by reflecting our original intention to all our works and try to differentiate ourselves step by step as we move forward.

Describe the dynamic between the members.

We have a long history behind us since our trainee period. All seven of us have different characters and we have learned how we can maximize the synergies amongst us. For example, Nine and KB are ones who produce tracks and beats for our tracks. After finding a common ground in their ideas, they share their sketches with Love and Rie, who will brainstorm top lines and potential melodies to add to the tracks. Yoojung orchestrates and puts everything together by collecting choreography inputs from Junji and Mill. We do this very casually and of course, we are seeing some progress on what we have achieved from this process and hopefully, we can release some of these tracks in the near future.

In light of the competition in the K-pop scene with new groups debuting fairly often, how different is OnlyOneOf from other rookie groups?

We think the insane competition in the K-pop scene is a very good opportunity for us. We sincerely hope this global support from K-pop fans can also be a great opportunity to shed light on many great non-idol musicians in Korea who deserves global recognition. Thus, we aspire to interact with them through our albums and singles that we release. Our most recent collaboration with the producer GRAY from AOMG was an eye-opening experience for us in that sense, and hopefully, this can be a gateway to more collaboration opportunities with non-idol musicians and producers in Korea.

Tell us about your debut EP dot point jump Vol. 1.

Dot point jump Vol. 1 is our very first work with Jaden so we tried to focus more on what our impression of K-pop that we adored and grew up with. 'savanna' reminds us of the mid to late '90s when H.O.T and Deux other 1st generation K-pop Idols gave this sense of chill vibes and trendy atmosphere through some of their tracks.

We thought those chill tracks of the 1st generation K-pop groups were worth revisiting, but with a touch of modern sound from recent K-pop and other pop tracks. 'time-leap' is also one of our favourite tracks from dot point jump Vol. 1. It brings us back to emotional melody lines that we missed from 1st generation K-pop tracks.

As mentioned before, we feel that our debut EP is a very honest work as an initiation of our career. It represents the start of what we do and how this can evolve into our future works.

With most of your listening audience from Southeast Asia and having toured Malaysia last year, which countries do you want to visit in the future, and why?

Honestly, we do want to meet all global fans out there and interact with them. We really hope to understand which part of our work they like the most and we strongly believe that understanding our fans through interacting with them can help us develop our next works. Thailand is one of the countries we hope to visit for sure, because we think their own band culture and unique musical identity is very interesting. Also, after our dance cover of Rosalia’s 'Malamente', we are very intrigued by the music of Latin communities so we really hope to visit them in the near future as well.

Tell us about some of your favourite memories from your Malaysia tour last year.

We sincerely loved the passion of fans in Malaysia and how they interacted with us through our stages. We were quite new to the weather in Malaysia, so we were quite concerned for fans who were supporting us despite the hot and humid weather there. Thankfully, most of our performances were inside the mall, but we sincerely thanked all the fans who visited us all throughout the 11 days tour. We are definitely going back to Malaysia with better stage conditions to meet them once again.

What's a favourite concept the group has done so far?

We love our most recent track 'Angel' the most so far, because we feel that it was our very first step in the direction that we wish to pursue as OnlyOneOf, which is interacting with the best talented non-Idol track makers and producers based in Korea. We were deeply inspired by producer GRAY’s flexibility and open-mindedness in sharing his works with other hip-hop artists like Jay Park and others in AOMG. This enlightened us and gave us insights on how we approach our choreography design and music video shooting, so we feel that we had the most natural and liberal vibes in 'Angel'.

Having starred in Mnet’s reality show series ‘Unlocking Love’, share with us about how the experience was like.

Haha, it's not the proudest experience that we want to talk about, but definitely the funniest experience for all of us. As you probably know, K-pop trainees are not quite open to having relationships during the trainee period and event after the debut for the initial stage as rookies. We loved the show’s concept that we are allowed to think outside of the box, but we're definitely not the smoothest guys since we don’t have that many romantic relationships before. We think we’d be a little bit better if we shoot the show now.

Last month, you celebrated your first anniversary. What was unexpected about your journey in your first year as a group?

I guess our most impressive event within the 1st year of our career was us being able to interact with fans from different parts of the globe through Rosalia’s 'Malamente' dance cover. We think the Latin community has so much to share with Koreans, as their expression is very passionate, though restrained at the same time. Yoojung did tremendous work digesting what the song expressed as music and re-interpreted it as a choreography. He put everything together as a K-pop performance that both K-pop and Latin communities can enjoy together. We loved this process of bridging the gap between the communities through our content and we strive to continue this through our different forms of works, whether through dance covers or music.

We are the very first #Kpop boy band who covers #Rosalia ‘s track! Now we can say our debut track #savanna was highly influenced by her music 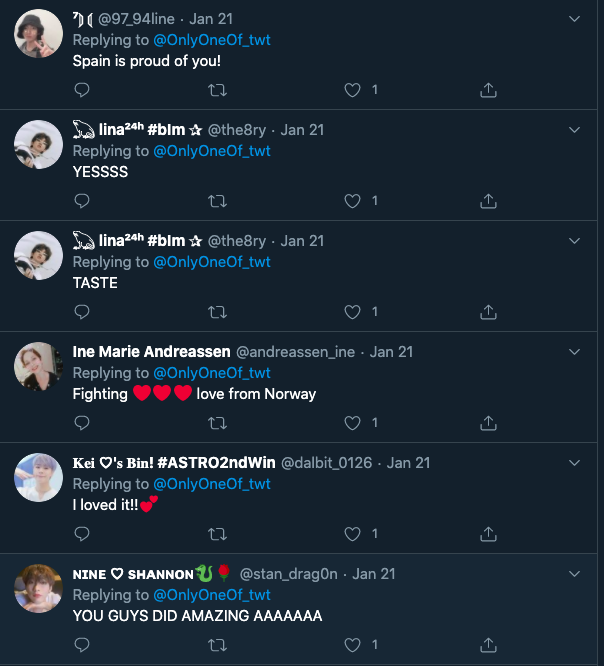 Where do you see OnlyOneOf in a few years?

We sincerely thank all our previous K-pop senior groups and who are currently opening new phases for the K-pop scene globally so that the environment we can start from is much more advantageous than what K-pop Idols experienced ten years ago. Hopefully, in a few years, we can add value to spread more positive ideas and vibes to more K-pop fans globally. Ultimately, we want to provide more opportunities and a more advantageous environment to very much talented musicians in Korea and K-pop Idols who will be debuting from now on and are deserving of more attention from fans in different parts of the globe.