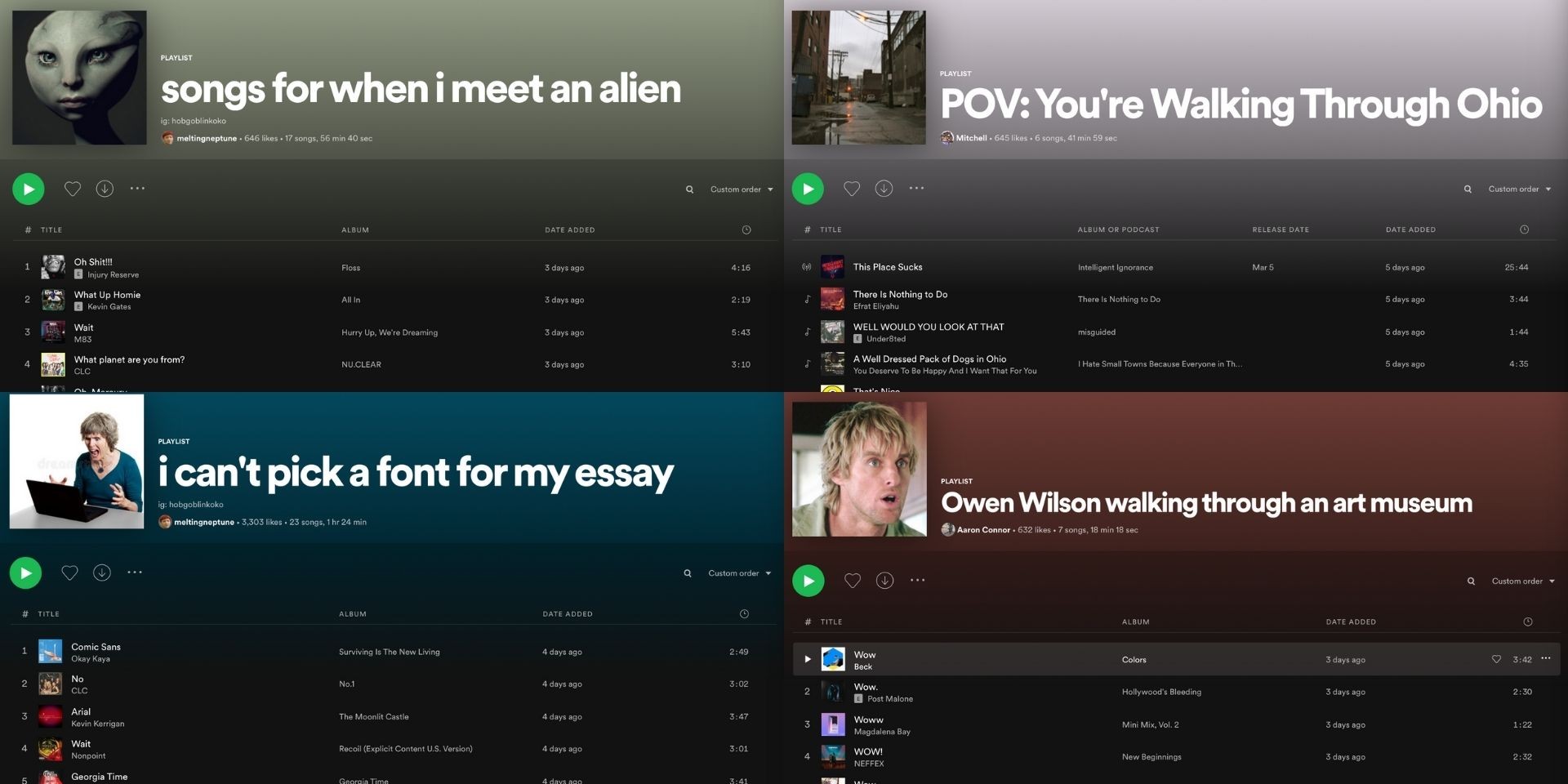 Going down the rabbit hole of Internet humour will land you in some strange places, and in today's episode we present to you: weird Spotify playlists.

The meme is pretty self-explanatory. A Twitter account known as @weirdspotify first popped up in May and began uploading hilariously specific playlists that Spotify users have created for the most inane of things. The account has quickly gone viral, with over 400,000 followers as of 16 July.

From the pains of choosing a font for your school essay to Owen Wilson walking through an art museum, here are 7 weird playlists you didn't know you needed.

It's probably safe to say we read all of the song titles in Owen Wilson's signature drawl. Ranging from Post Malone to indie pop gem Magdalena Bay and disco queen Kylie Minogue, that's a lot of different ways to say "wow".

songs for when i meet an alien

It's not often that you see a space opera written in the span of a Spotify playlist. Created by meltingneptune, this playlist describes a meet-cute between the protagonist and an alien from Mercury. Unfortunately, their romance fails to materialise, and they must part ways, ending with 'Back to Mercury' by Tjswagg.

i can't pick a font for my essay

Another masterpiece from meltingneptune, this playlist depicts the modern existential crisis of our times. Listen to it in full to see the shocking twist at the end and find out which font has won.

POV: You're a bee

Can the Bee Movie do this? I think not. Case closed.

This playlist from ukuleliz perfectly encapsulates the human condition by depicting the trials and tribulations of trying to sleep. Needing to pee after you've just gotten comfortable in your bed is arguably the worst first-world problem out there.

POV: You're Walking Through Ohio

Now that's a lot of character growth for someone who hates Ohio. The r/IHateOhio subreddit might beg to differ, though.

How To Make a Turn In a Car

Who needs driving lessons when you have this playlist? Just loop Roland Faunte's 'Hand Over Hand' on repeat, and you're on your way to getting your driver's license.