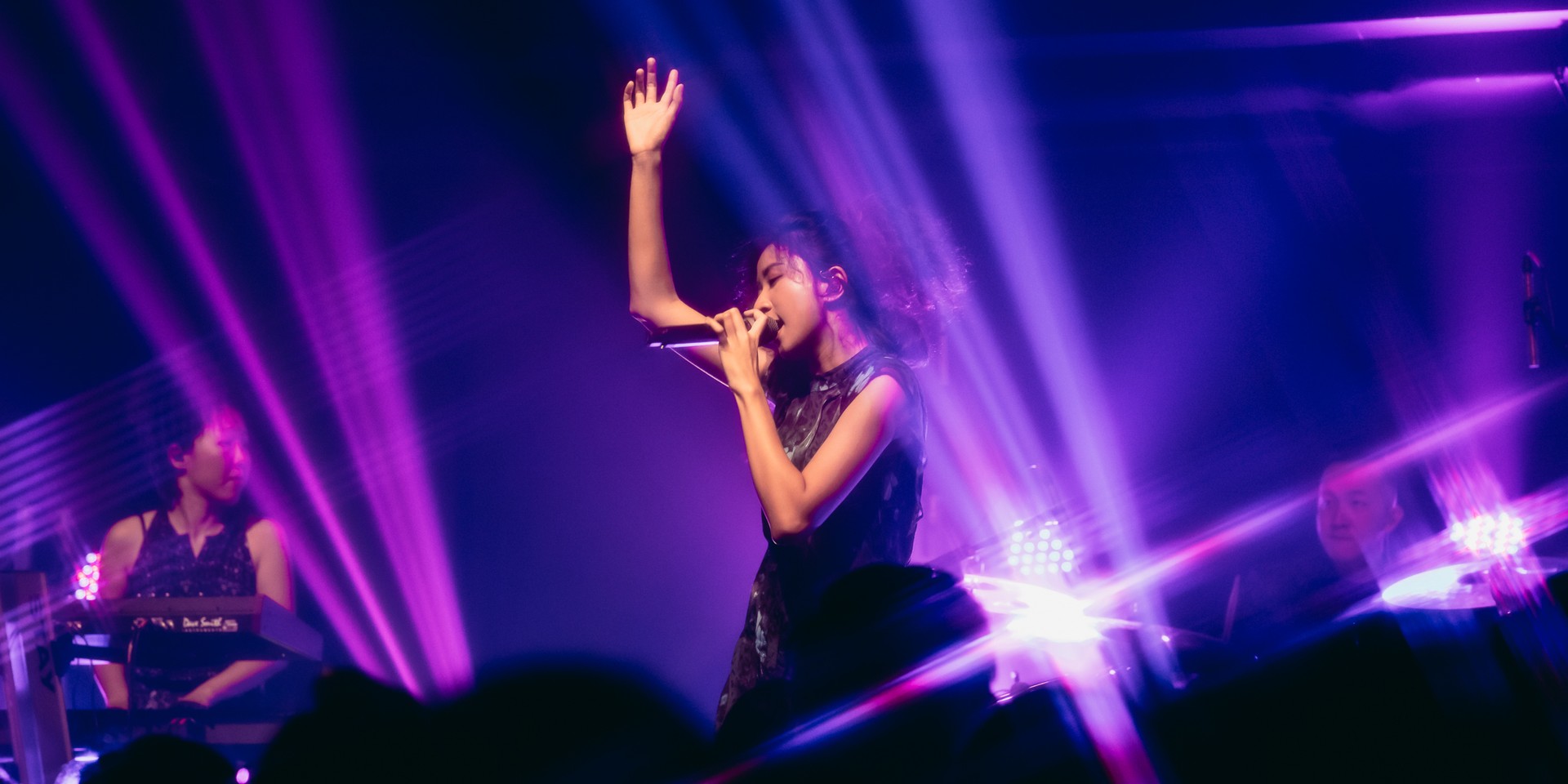 Taiwanese indie music is undergoing its most colossal boom today and R&B jazz chanteuse 9m88 has positioned herself as one of the core drivers of that rousing growth. Dwelling in an ecosystem of her own, which brims with her eccentric fashion sense and affinity for vivid, retro styles, she serves up a correspondingly unorthodox blend of jazz, R&B, neo-soul and hip-hop, that is wholly mesmerising, affirming her as one of the most inimitable voices in Mandopop today.

Last Friday, she arrived on the shores of Singapore for the first time, unspooling all of her idiosyncrasies in the cozy, intimate space of the Esplanade Annexe Studio. We were simultaneously mesmerised by her dexterous musicianship and flashy dance moves, and rewarded with glimpses of what lay beyond her enigmatic persona, up-close, stripped-back and personal. 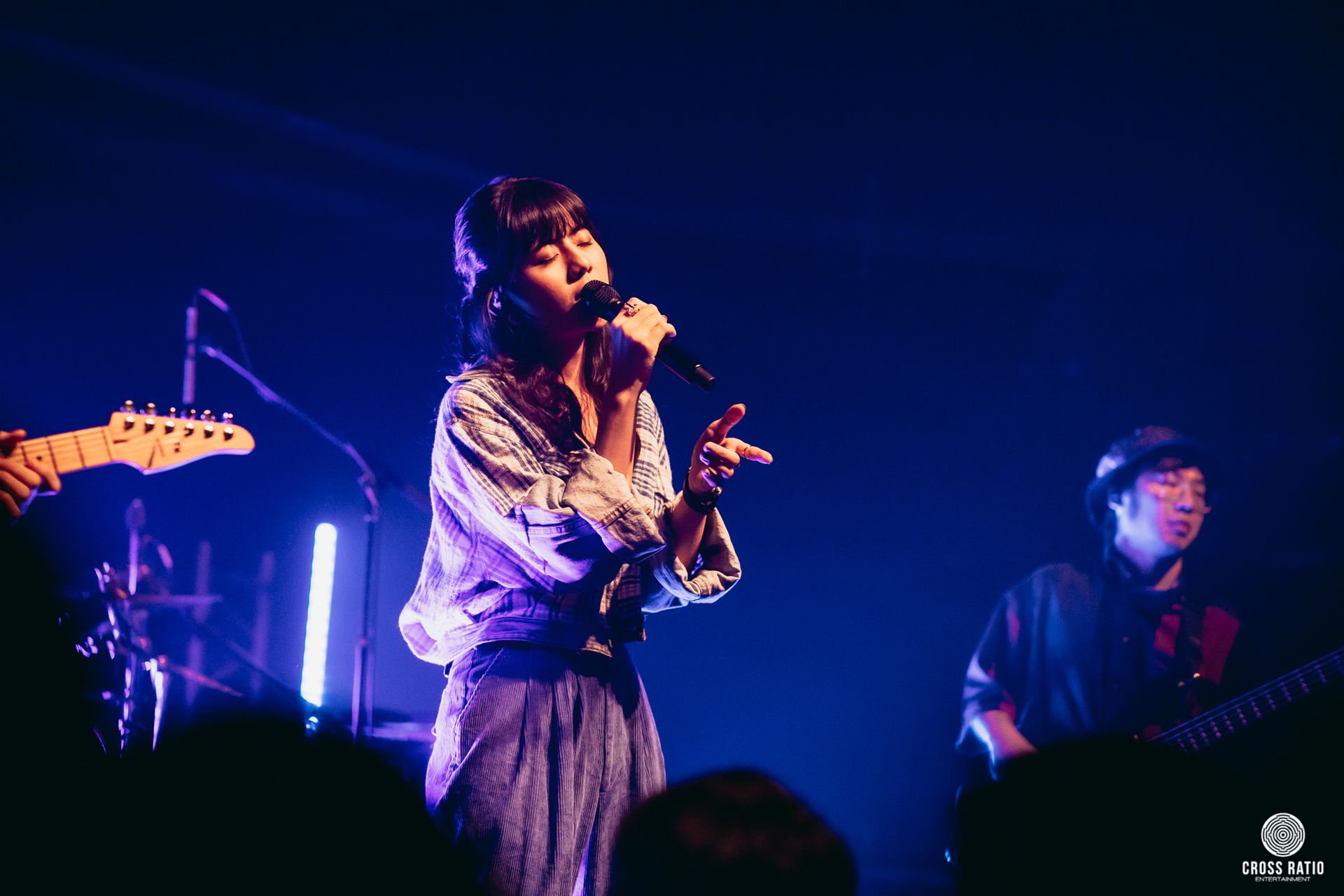 One of the fastest-rising names in the local Mandopop scene, she delivered a five-song set that highlighted her distinctive charms. Befitting the occasion, she lay the foundation for the disruption of the schmaltzy, serenading canon of the genre, with her sonic infusions of old school funk and jazz elements.

With her lilting, alto croons, she unraveled 'Don’t Apologise', followed by her whimsical debut single 'Interconnecting Worlds'. She effectively tugged us into another world, hers, with her sweet demeanor that underlined the quaint, shimmering undertones in her discography. After closing with her latest heart-on-sleeve offering 'Escape', she shyly welcomed the headliner on stage before she exited. 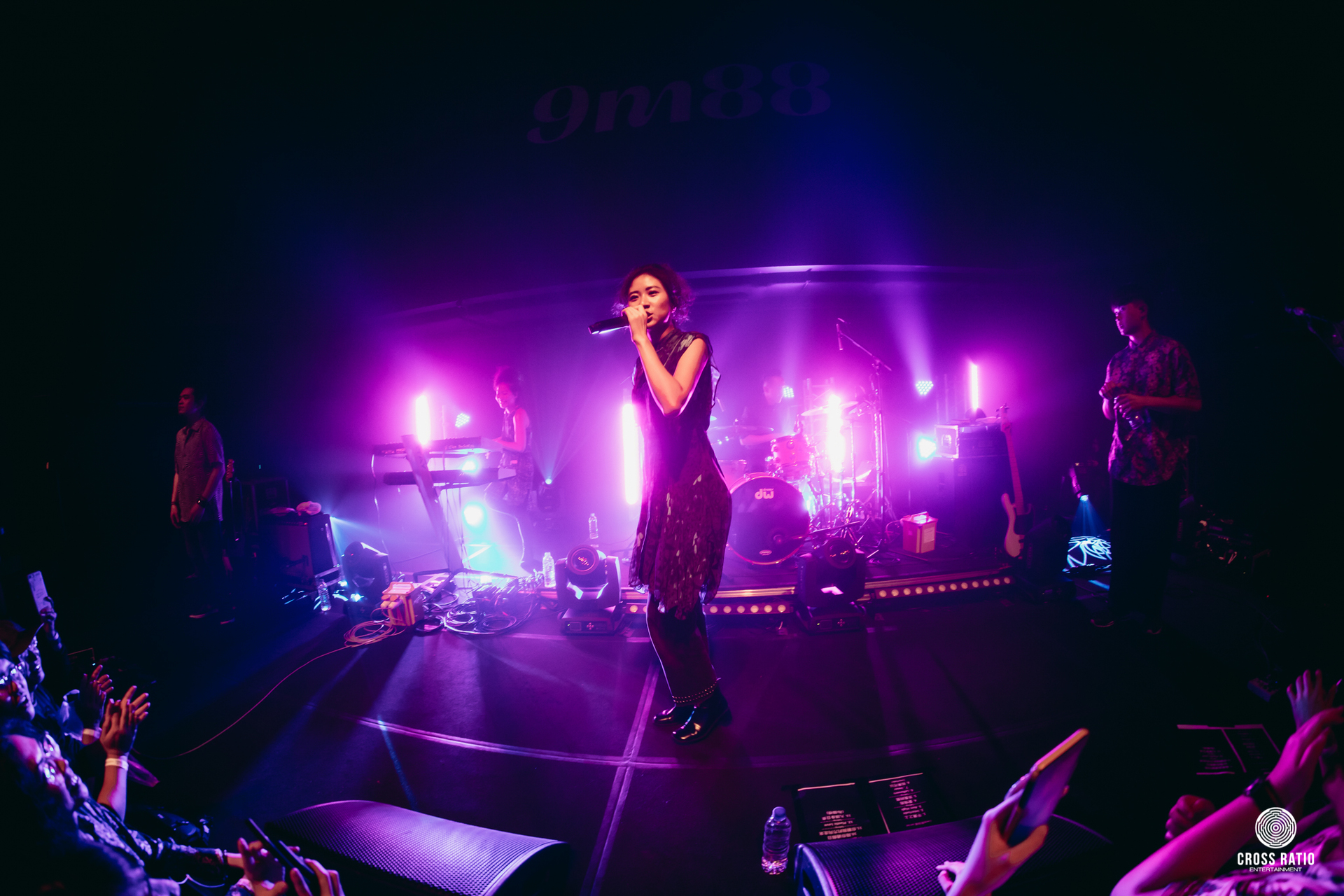 9m88 arrived before us and her presence was instantly and utterly commanding.

Opening with the title track of her debut album Beyond Mediocrity, she made apparent why she is one of the most defining voices in Taiwanese indie music now. She left no room for doubt that she was in her utmost element, showcasing her vocal prowess with scats that defined her jazz sensibilities and effortlessly grooving it out with dance moves that further elevated the palpable energy in the room.

She continued to deliver more songs off the album, including crowd-pleasers 'Aim High', 'Love Rain' and 'Waste of Time'. Before she dived into 'Leftlovers', she cheekily said, in one of the first few moments that night that humanised her, "Dedicating this to those using dating apps. It's not easy". 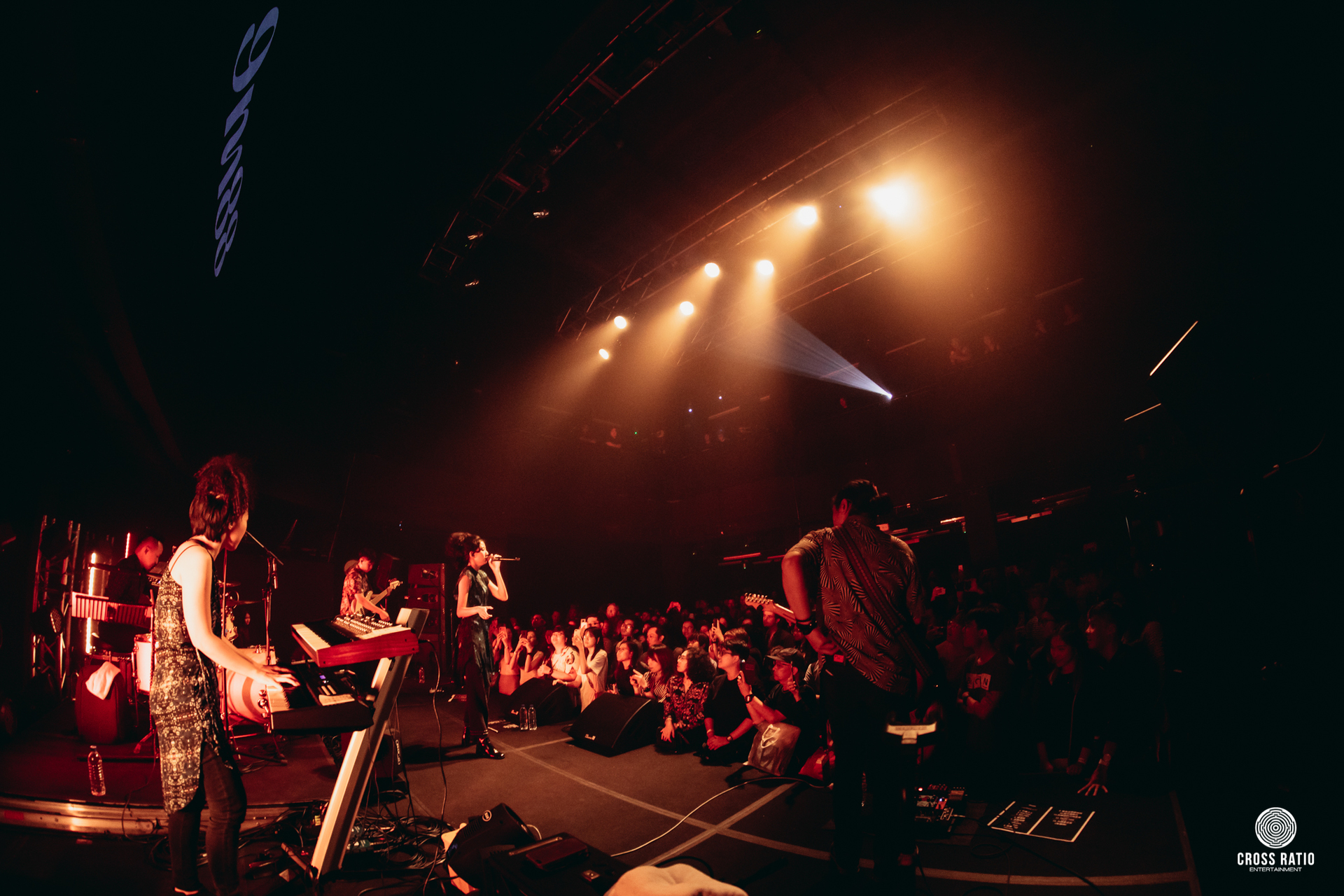 Graced by the presence of jazz-rock band YELLOW's drummer and guitarist, and R&B crooner LINION, who played bass that night, the crowd was awed by the seamless collaboration between 9m88 and her band. Threading each of their disparate talents into a spellbinding patchwork of sound, they simultaneously kept the mood light with stage banter between tracks. What made her even more endearing was the fact that she never took herself or her band too seriously. Case in point: After an extensive and impressive drum solo by Devlin, 9m88 teased him in Mandarin, "That drumming was really good, but it was a bit too long".

Towards the latter half of the showcase, 9m88 delivered some of the defining duets that first propelled her to fame. Completely unfazed by the absence of rapper Leo Wang, she presented their duets 'Weekends With You' and 'Airplane Mode' with an infectious energy. One of the highlights of the night was when she weaved in an extended, personal and hilarious recount of how 'Weekends With You' came to be, which involved an unfortunate rejection and its aftermath. After that, someone in the crowd yelled, "Did he regret it?" and she laughing replied, "You've got to ask him about that". 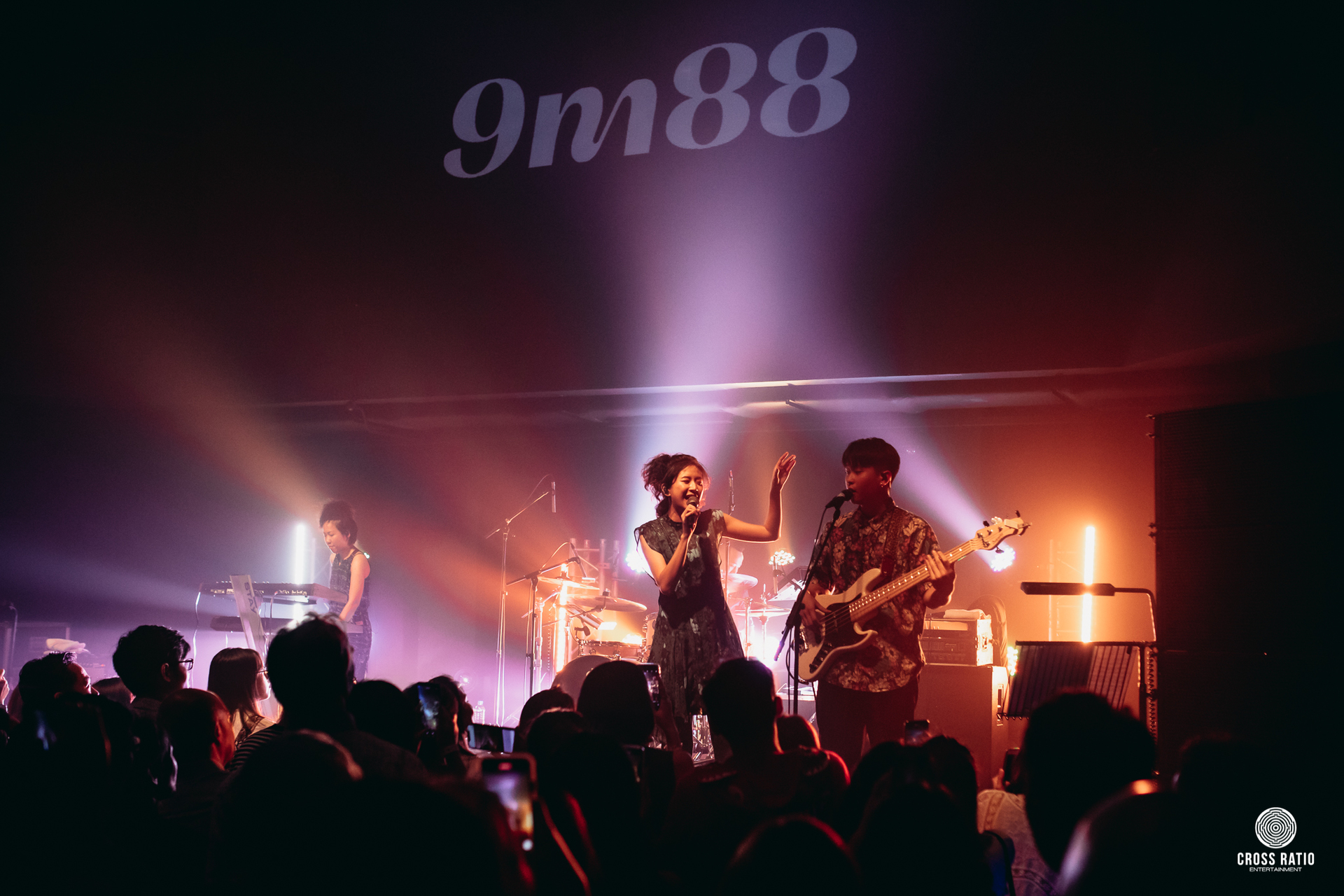 What surprised the crowd was when LINION unexpectedly filled in the vocals with his lush, beckoning croons in that night's rendition of 'Walking Towards Me', originally a duet with Mars Ma, resulting in a much more tender and romantic offering of the already-intimate track.

Approaching the end of the showcase, she delivered the highly anticipated 'Plastic Love', a sultry tribute to the '80s classic by Mariya Takeuchi. Closing the night with an energy-packed 'Nine Head Hinano' and after returning on stage for her encore piece, a laid-back, R&B-influenced 'Do It For Love' amidst repeated chants, she finally thanked her crowd with bows and exited.

And all that was left was the tingling, palpable dose of energy that refused to dissipate so easily, and already, the bubbling anticipation of basking in her presence once more, hopefully in the near future.

Special thanks to Cross Ratio Entertainment for the invite.