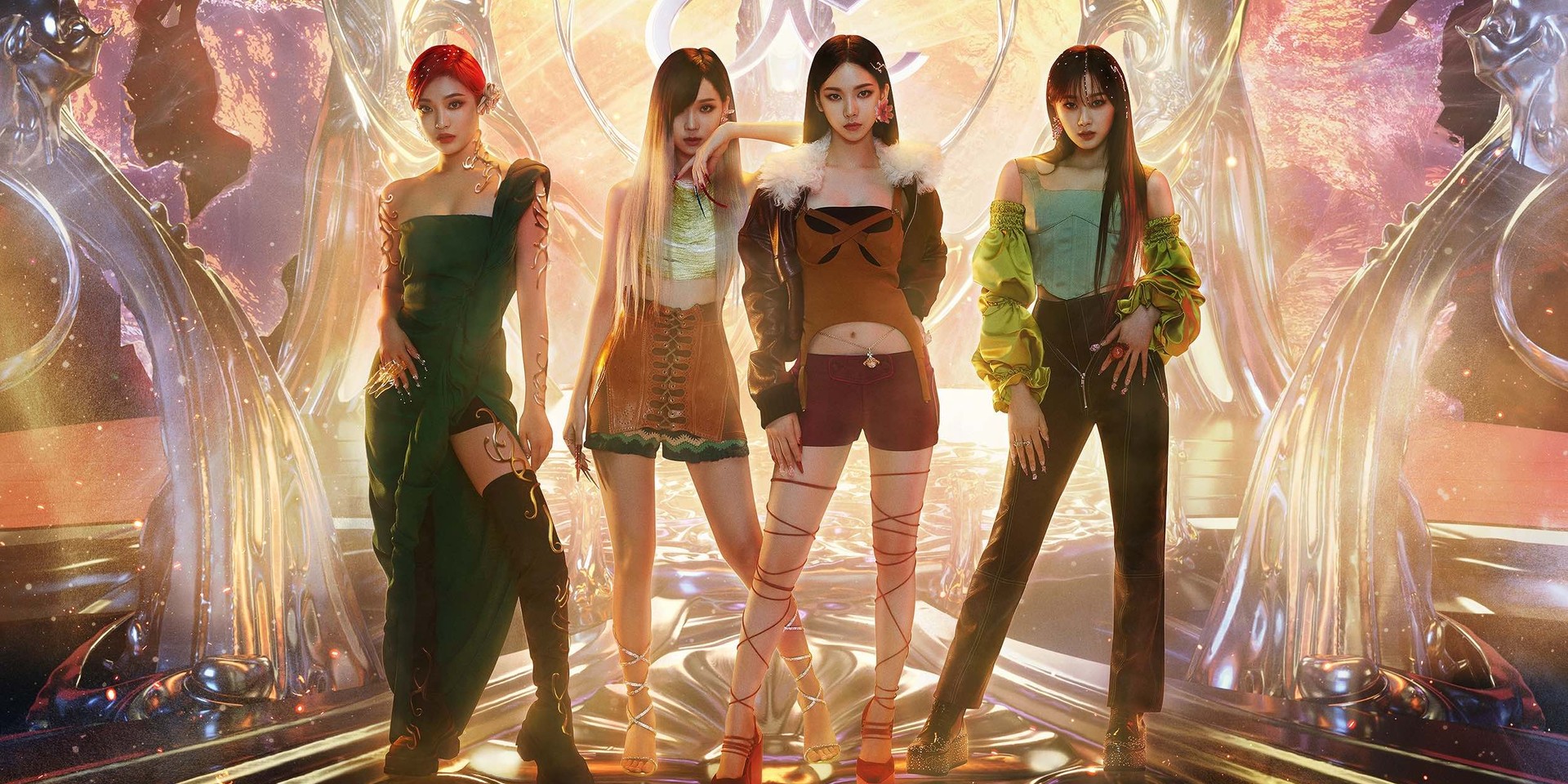 aespa are back with a new single to kick off the next chapter of their Black Mamba saga.

Released at 6 PM on 17 May (KST), the track, titled 'Next Level', is the South Korean girl group's second release of 2021 — after 'Forever' in February — and their third single overall. Its release also comes exactly six months after the quartet broke onto the scene with their hit song 'Black Mamba'.

As with 'Forever', which is a remake of Yoo Young-jin's 2000 track of the same name, 'Next Level' gives another previously released song the aespa treatment. Penned and performed by Australian singer-songwriter A$ton Wyld, the original version of 'Next Level' rose to prominence after it was featured in the 2019 Fast and Furious spinoff film Hobbs and Shaw.

According to SM Entertainment, the track was "reborn as a hip-hop dance song with a groovy rap and energetic bass riff".

Lyrically, 'Next Level' is a continuation of the story that began in 'Black Mamba' and was expanded on in the recently released short film ep1. Black Mamba' - SM Culture Universe. This installment of the saga follows Karina, Giselle, Winter, and Ningning as they venture into the KWANGYA (which translates to "wilderness") in search of the Black Mamba, a villainous being that severed the connection between aespa and their virtual counterparts (known as ae)

The group also released a visually stunning music video via YouTube alongside the song.

To celebrate the release of 'Next Level', aespa hosted a V LIVE session, titled "Next Level of aespa" on 17 May. They also presented their first-ever live performance of the song via V LIVE and YouTube at 6 PM on 20 May (KST)

Additionally, the group will be holding an online fan meeting at 7 PM on 22 May (KST). Fans entered a Twitter contest to win passes to the online fan meeting by submitting screenshots of themselves streaming or downloading 'Next Level'. 20 winners were selected on 20 May.