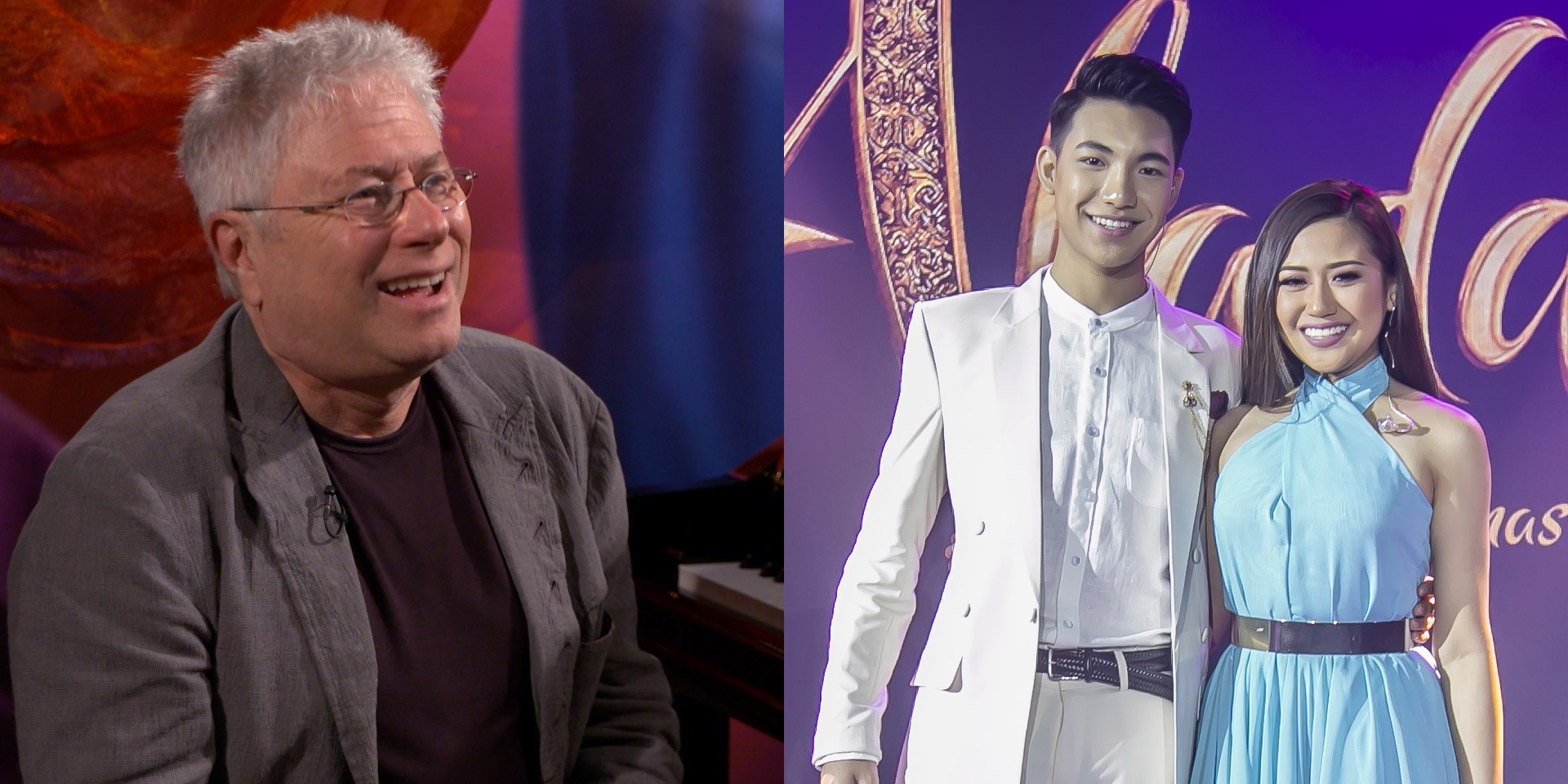 Morissette and Darren Espanto just got the praise of their lives.

Earlier this week, Walt Disney Studios Philippines shared a quick vlog Morissette shot while she was in Tokyo, where she met famed composer Alan Menken and Will Smith, who played the Genie in the 2019 live action take of Disney's Aladdin. In the video, Morissette got her shot at singing 'A Whole New World' with Menken on the piano.

Unfortunately, Espanto wasn't able to join Morissette on the trip to Tokyo, but Menken kindly shot a video message for 1MX Singapore alum. Watch it below.

Other breathtaking renditions of 'A Whole New World' were sung by Zayn Malik and Zhavia Ward, Malaysia's Hael Husaini and Shila Amzah, and Indonesia's Gamaliel and Isyana Srasvati.

Watch the official music video of Darren Espanto and Morissette's rendition of Aladdin's 'A Whole New World' below.

Watch Lea Salonga and Brad Kane in the studio recording the 1992 original take of 'A Whole New World' below.