“I don't like nobody and / Nobody likes me” – It’s lonely at the top and Jasmine Sokko is fine with it.

The Singaporean chanteuse and producer has been on a victory lap since her head-turning stint on Chinese electronic music reality show Rave Now, wherein she blitzed her way to the finals and won over a now-devoted slice of Chinese fans, and her two superlatively stunning music videos for her two most recent singles ‘HURT’ and ‘TIRED’. The monumental production value of the visuals as well as the velocity and impact of the songs within Singaporean pop culture testify to the upward trajectory of Sokko’s star – as well as her future place in the firmament of Asian music.

As she takes it all in, we speak to Sokko about her journey thus far.

How do you feel about the success of ‘TIRED’, so far?

I feel happy about it. As an introvert, I feel that it's not easy to be able to communicate to a mass of people about your experiences. But in those two minutes, I feel connected.

When you wrote the song, did you expect people to react negatively to something they perceived to be hostile?

Sometimes, I do. Sometimes, I overthink things. But I realised that the best music I've made are the songs that I feel genuine about and I don't care what people are going to make out of it. I just express myself.

What was the final inspiration for you to write 'TIRED'?

It was that week where I spent three to four days straight heading out for events. Into day three or day four, I felt so drained. I started asking myself if I was being genuine. Every time you get introduced to someone new, you have this set of rules: This person is a busy person so you have to upsell yourself and all that. These are the kind of things that drain me a lot. I feel that if anyone interacts with me for a minute or two, they would find me boring.

Why do you say that?

I mean, you meet someone new at a networking session and you talk about what you do – all that small talk. That drains me. At the end of the day, it doesn't matter. Even if the sun is hot today, it might rain tomorrow. It all feels like an endless circle. I think small talk is important but it's not my expertise. I'm learning to embrace it. Amongst my friends, we tend to dive straight into things.

After I did a lyrics breakdown on my YouTube channel, I was reading through the comments and I realised people were sharing their encounters about how they feel tired in university and their daily lives. Even though I've never met all these people before, I could connect with them. There weren’t a lot of comments but each one of them meant a lot to me. 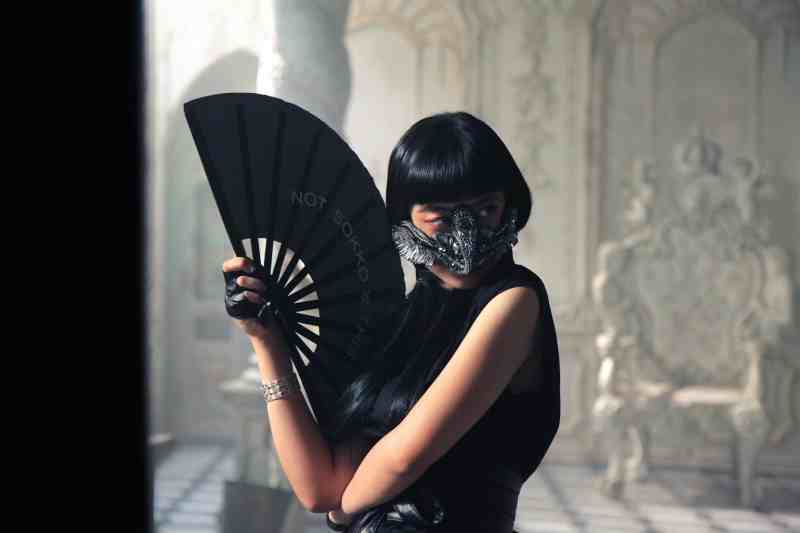 Take us through the idea behind the theme of the music video.

During the brainstorming process, I sat down with Choānn, the director, and I said that if we're going to do a music video for 'Tired', it's going to be cliché if we film a girl feeling tired. That's the narrative you can paint in your mind when you listen to the song. So he asked me what was something I felt strongly about or tired of. That's when we were both trying to come up with something that we could relate to. During that period of time, I just came back from China and I shared with him about identity – growing up here and what it means.

I always felt, that, when I was growing up here, the next step forward is to be more Westernised. Maybe we don't say it out but when there's something in the States, for example, The Harlem Shake, Singapore would pick up the trend. Even when it comes to music. When things start charting in America, that's when you'll, more or less, see the same pattern in Singapore. I thought it's the same in China. But when I was there, I realised there was no such thing. They embraced their own culture.

I brought it up with Choānn because I found it so refreshing. Whenever they're making music, they'll try to add in their own instruments such as the guzheng. The MV is a medium for us to explore our surroundings.

In the music video, we see a flipped idea of the colonial era. What is the significance of that?

Some people who see it (the video) might not feel comfortable because they're not used to the idea.

Why is the visual aspect of your music so important to you?

There's so many songs out there today – everyday there are a lot of new songs coming out. When someone listens to a song, they'll paint their own visual image. But if you have a visual image for them to reference to and think of, you paint a picture for them. I feel that the visual is an extension of the narrative of the song.

And where does Rave Now rank in your resume?

It's one of those opportunities you jump onto when it's there so I don't think it ranks anywhere. On a grand scale of things, the impact is way more, compared to the rest. It's something that I never thought would happen.

It must've been pressurising to go from one week to the next.

I barely slept. Actually, it was one of the happiest moments in my life. For once, I only had to care about the music. Before that, I'm always thinking about putting a song out and what would be the best schedule or the timeline or the visuals. But when you're in a competition, you have tunnel-vision focus. You just need to get that one song done. Everyone around you knows what you're doing and they'll just leave you to it or push you to churn out the demo faster. I was happy because, at that moment, I didn't have to worry about anything else. But it was very stressful. I felt like I was teleported into this world where time was irrelevant.

What can you tell people about the "boom" in China when it comes to music? What does it mean for your music to resonate in China?

Honestly, I don't know. The song that never took off, ‘#0000FF’, did so well in China, and I was shocked. It gave the song another life. It also gave the song a lot more depth when it's translated into Mandarin. At that point, I was humbled. Back then, when a song didn’t take off, I would break it down and analyse – what happened and why – and I would always find fault with the song itself; it was within my control. But when I went to China, I realised that some things are not in your control. Different markets have different tastes. Just because one song doesn't taken off in A, doesn't mean it won't take off in B. It was a very eye-opening experience, for me. This was my first takeaway.

My second takeaway was language. I think ballads have always been a thing there. For me, as a producer, the dynamics are always piano and drums. But I've always been missing out on the depth of the lyrics. They (China) like to talk about things that are not upfront. It's not black or white; it's grey. You don't talk about "I love you"s, you talk about the shirt that you wear and you remember.

There's this other part about EDM being shallow and how you don't need lyrics for it. When I joined Rave Now, I was mainly still a vocalist, on top of producing. I found that plan (lyrics and EDM music together) refreshing. For once, the lyrics were meaningful and deep. It hit me. I feel that Chinese lyrics gave it a lot more soul.

Would you say that it has changed your approach to your artistry?

It did change me but I still don't know in what way, yet. I feel that I'm on the way but it's not there, yet. I've been making English songs all my life. I can't write Mandarin lyrics and because of that, I feel paralysed. Music is my way of expressing. I'm still trying to learn that part.

How important is the mask to you, now?

When I first started wearing a mask, it was more of a statement of wanting people to just focus on the music. A lot of producers I like and look up to don't show their face but I know their music. That's beautiful. It makes me realise that I like them for what they do. That's the thing about being a girl, especially in the EDM scene. Back then when EDM was slowly rising, the perception of putting a girl and EDM together was a busty DJ. I didn't like that. So, for me, the mask is: "Yes. I might be a girl but listen to my music".

Subsequently, it became part of my branding. It's sort of like how I only wear black. In the midst of doing so, I worked with different stylists and they came up with different ideas on how I should do things differently. There were some constraints trying to eat on the show (Rave Now). It’s very tough to see food when I'm wearing the mask. (laughs)

There’s a new idea that was shared to me: The mask could just be an outfit for me. Like how a superhero changes into an outfit when they’re doing their job. It doesn't become something that people think I'm wearing to hide. It became part of my costume. Shout out Tony Stark.

I like technology. I love Elon Musk. My dream guy is Elon Musk.

Lastly, what do you want people to know about what you're working on next?

I'm working on releasing music in China in the coming months. I'm also hoping to put up my first live show here. The last time was over a year ago. Even though I haven't performed for a while, I don't feel stagnant because I can be performing everyday in the year. But if I have no time to sit down and rethink and improve, I would feel like it would be a routine.