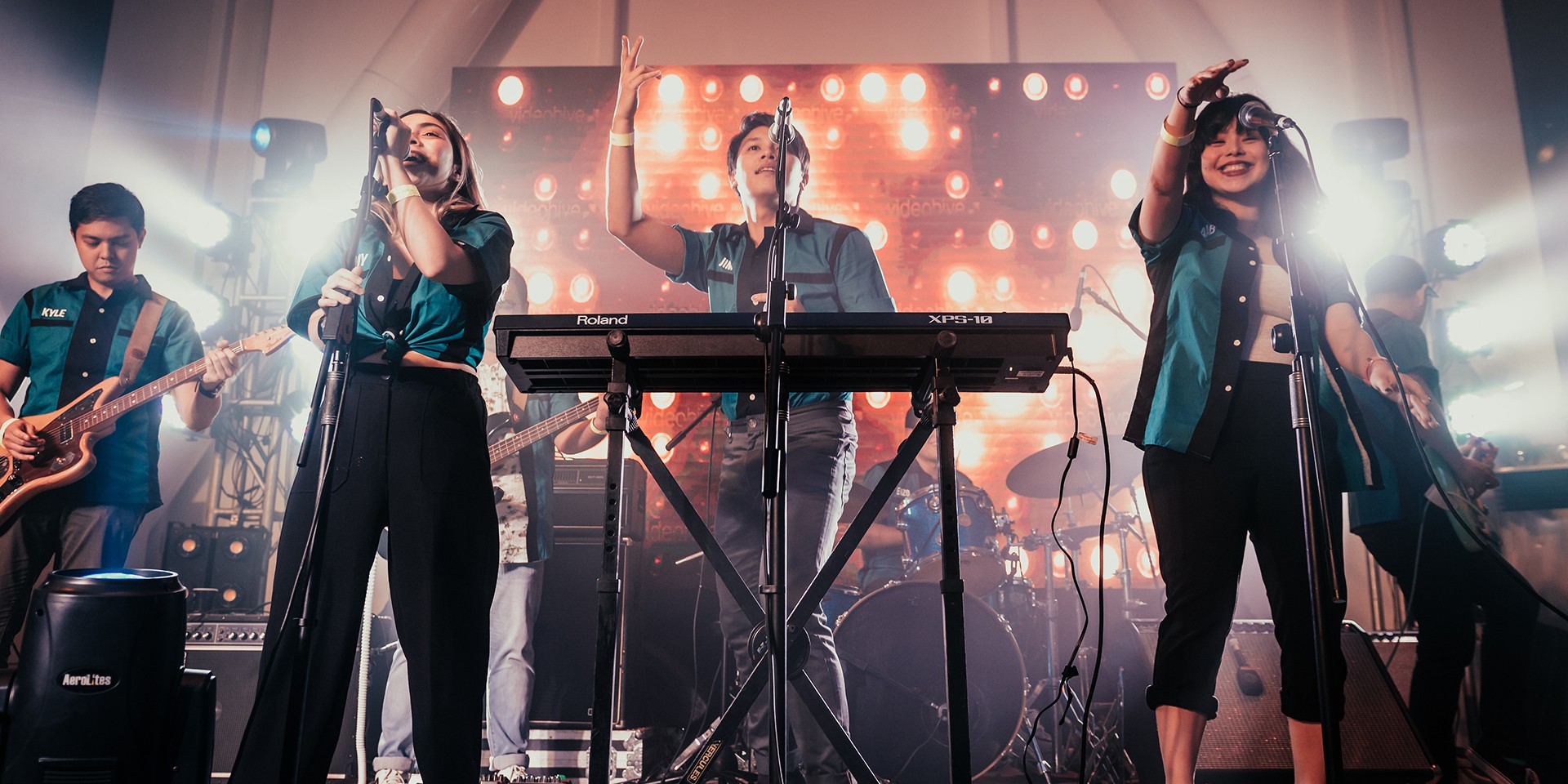 Cheats have been taking over little nooks and corners inside their homes these past few months.

Since they couldn't hit the studio to work on their third studio album, the 'Grizzly Pool' act turned to other means to get their pent up creative energy flowing for a new video project they called Inside Your Home. The 7-episode series features live performances of your favorite Cheats songs, where they play together apart with electric fans in place of their rowdy crowds and settle down for the summer in pixel beach.

That isn't all they've been up to—they've got a new EP coming up! But before getting into that, Bandwagon caught up with members of Cheats to talk about the story behind Inside Your Home.

Tell us the story behind Inside Your Home.

Jim Bacarro (vocals/keys/guitar): We were actually set to record our third album on the day the quarantine was announced. Out of restlessness, we wanted to do something to get our minds off all the bad news.

Manny Tanglao (bass): Basically it was born out of a combination of lockdown anxiety and missing each other in the band.

What's really fun about this series is that viewers don't just get those usual live performance videos, but something more creative. What's your process like in coming up with themes for the videos?

Jim: I guess it started with Kyle (Quismundo, guitar/keys) producing really awesome videos. After “Newspaper Girl,” everyone started stepping their game up with their shots. Then it really became collaborative. We would meet every Monday and we’d brainstorm on a new concept.

Candy Gamos (vocals): Our process starts with looking back on the past episode—what we did well, what didn’t. And then we brainstorm on how we could make it better or more creative for the next one. We each pitch in our ideas and collectively decide on the best one.

Manny: It started out pretty simple at first, with no real theme—just us being normal at home during quarantine. It was only after the third episode that we upped the ante a bit because it was fun seeing how creative each member could get.

Jason Caballa (guitar): Many of the songs were chosen because of the fact that they didn’t have official music videos. It was an opportunity to make videos for those songs, so why not get creative? We also re-recorded the songs in the process, and I enjoyed the new bits and nuances we put in the recordings that are different from the studio versions.

Is this something you plan to do more of in the future?

Jim: With no gigs in the near future, yes. It honestly is the closest thing to feeling like we’re performing live. That’s why we set up these different hangouts via Instagram Live or Zoom on the day we release the video.

Candy: Yes, for sure! We honestly didn’t expect it to run for this long but we’d have so much fun every time we would do a new episode, so this is definitely something that we’d be open to do again in the future!

Manny: Yes! With the way things are going, this might be the direction we go in terms of releasing new music.

Jason: I like that we’re all learning new skills while doing this, so yes. Props to Jim, Saab, and Kyle for doing a great job in editing the videos and mixing the music to make them broadcast-worthy.

What were the challenges you faced writing new music while in quarantine?

Jim: Nothing beats being in a room with your band and making music together. I think with this digital setup, you lose that spontaneity and little bursts of magic you can come up with when you’re all together. But thankfully, we can still write and record music.

Manny: Perhaps a lack of equipment. Before, we’d usually get together to record stuff because not all of us had interfaces for home recording. I had to rely on my phone a lot, which was pretty tough.

Jason: I’m still figuring out the basics of home recording. I’m quite the techno-phobe, hahaha. But hey, you gotta adapt.

Candy: Jim has had so many songs even before quarantine started, so I don’t think we’ll have to write a new one from scratch for the next two years. Haha!

Did you find inspiration from current events as well?

Jim: Most definitely. Our latest single 'Daze' was written and recorded on the first week of quarantine.

Manny: Maybe not for songwriting, but more for the series and how it was received by fans. It’s inspiring to hear that our videos helped them get through the quarantine, especially from the frontliners.

Are there any organizations or efforts that help promote a better future for Filipinos?

Check out more episodes of Cheats' Inside Your Home series below.