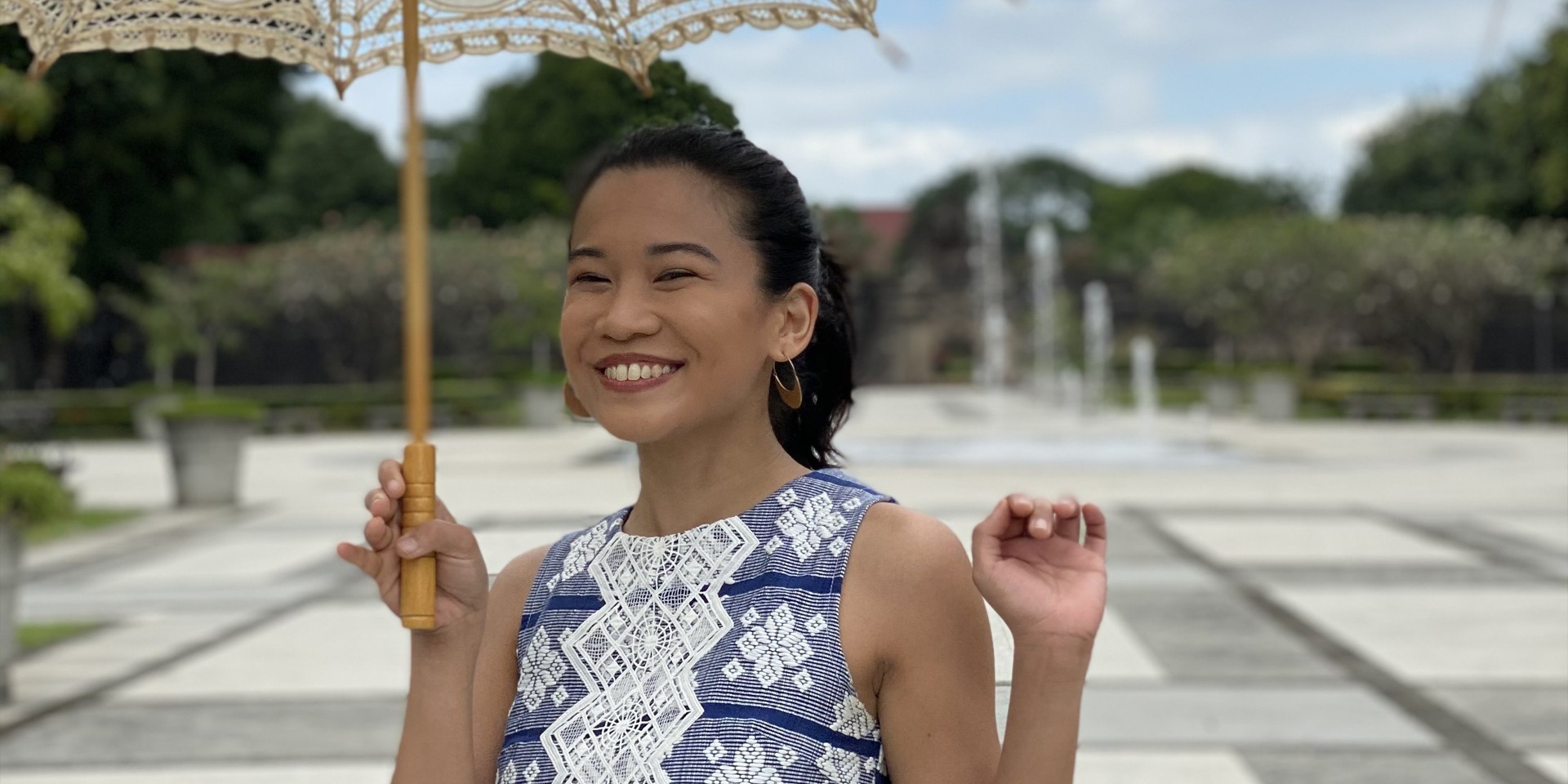 The beauty of the city can easily sweep you up in wonder as you dance and spin on your tallest tiptoes, taking in its history with every step, just as it did with Filipina singer-songwriter Bea Lorenzo in her performance video of 'Langit Na Naman.'

To celebrate the music and legacy of Filipino disco-pop band Hotdog, Lorenzo, alongside several other artists, performed at the Hinahanap-hanap Kita Manila: The Manila Heritage Concert  from different "stages" held at iconic sites across the city.

Bandwagon caught up with director Jason Tan, who worked with the 'Kapalaran' singer for her breezy performance video, to talk about the effort, how he got involved, and what Hotdog's music means to him.

First off, tell us about your background as a director and what your favorite projects have been so far.

I’ve always wanted to work with films as far back as I can remember. I grew up in Butuan, my “film school” was going to the movies. My family ran 3 movie houses there: one for Hollywood movies, one for Asian kung-fu flicks, and the one Pinoy films.

I started directing music videos in 2004. Stuff like Wazak Waltz by Ely Buendia and 2020 by Pupil. More recently, I directed Lala Vinzon’s ‘Pansamatala’ and this one with Bea Lorenzo. These last two are my current favorites.  I love making music videos, and I love working with good music – it is the most important ingredient for me. I believe it all starts with the music and the rest follows from that. 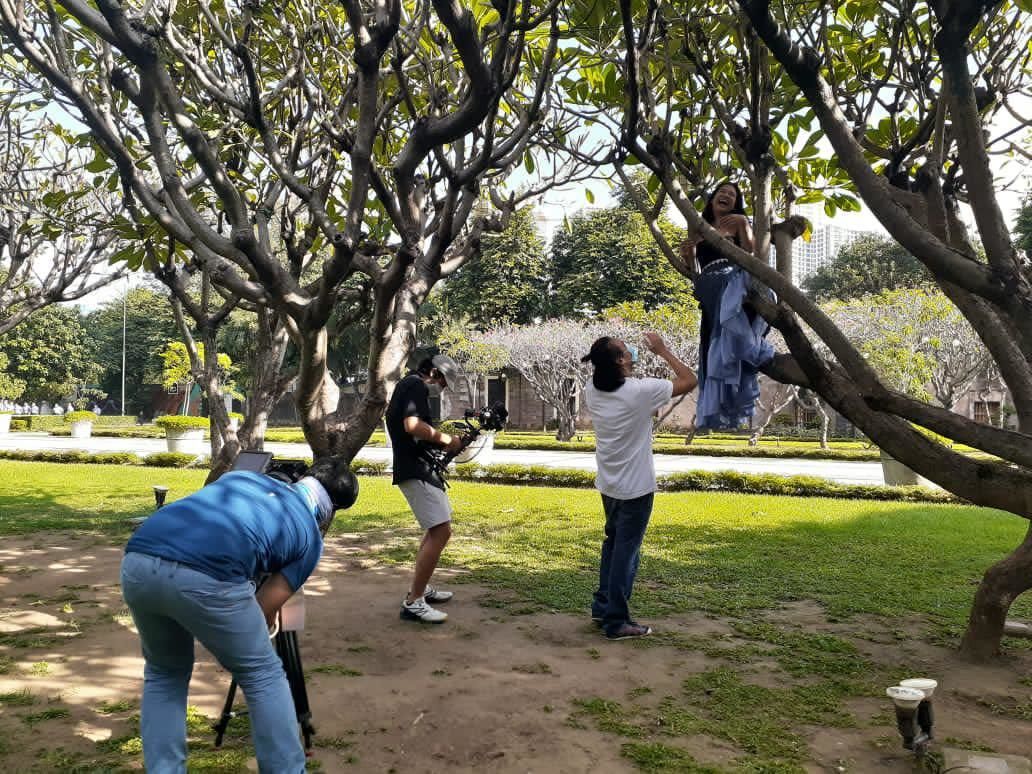 How did you come up with the concept for Bea Lorenzo's 'Langit Na Naman' performance video?

I was already familiar with the song; I heard it when I was growing up. I’m a Hotdog fan. I also love visiting Intramuros, I like to just roam around and take photos there. I even took Carlos Celdran’s Walk This Way tour twice. It still took me a long time to align the concept and ideas in my head. That’s the main challenge when you are a little too familiar with the elements you are working with, you need to come up with something to make it new.

It all started with the tree, I guess. When the team [DOP Marco Limjap, AD/PM Sam Javelosa and I] did the ocular, I saw the rows of Kalachuchi trees at the entrance of Fort Santiago. The trees were short and scalable, and they had these inviting, playful branches. That’s when I thought it would be nice to start there with Bea daydreaming on one of the trees.

I think everything became clearer to me after I had a video call with Bea. I was pulling out some clothes for her in Kaayo and we video-called to choose the ones she liked. And that’s when I got a better impression of her. She has a radiant smile that I have not seen in her other videos, and that’s what I wanted her to show for Langit—a smile that translates to being hopelessly in love hahahaha! And she did it perfectly!

It was a lot of fun! We met for the first time in person when we were having our swab tests in Makati. And I said to her let’s just make it weird and fun, ok? And she was all smiles with that idea hahahaha! Bea came in that day very prepared. She brought in more clothes and stuff. Most importantly, she brought her A-game, she had ideas that clicked in well with everything.

Our first shot that day was on the treetop. After we found the branch we wanted to work with, we told Bea. And she just flipped off her sandals and began scaling the tree without hesitation or any assistance. After the team saw this, we knew we would definitely have a fun day. Probably one of my best collaborations in awhile, truly magical. She surprised us so much  when she did the dance routine for the instrumental part, it threw me back to Gene Kelly! We did a couple of takes on that one. I know it was exhausting, but Bea just kept at it with a smile. This is very rare to come by these days. 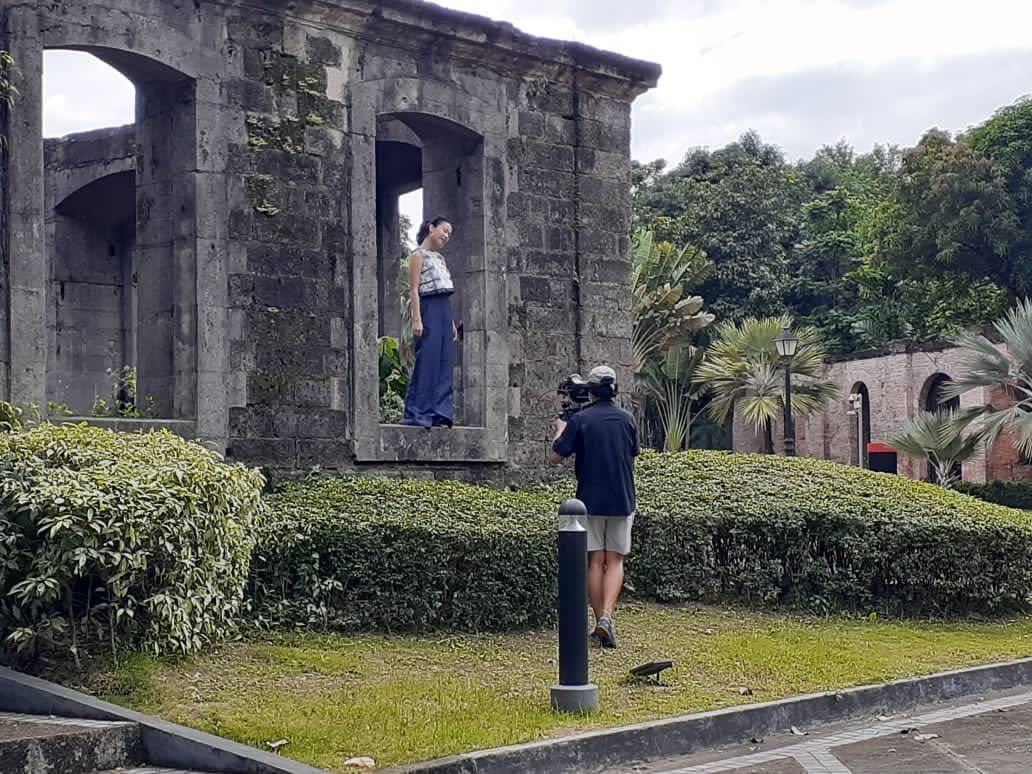 What was it like on the set, considering COVID-19 restrictions?

Prior to shoot day, we have to go through a PCR test. Getting poked in the nose will never be pleasant. And we had to do it twice because Typhoon Ulysses passed by.

It was hard on set with the restrictions. We have very few hands on deck. It was just me, Marco and our caretaker Laurence carrying all the gears. We have masks on our faces the whole day as well, it’s not comfortable at all especially on a hot day.  But I guess we have set our minds to be doing all that grunt work that day, we didn’t encounter any problems at all. It’s really about keeping an eye for each other that day.

Sam, our AD/PM, coordinated us so well that day. She would be preparing Bea for the next scene, then updating us with details so we can move accordingly. I was lucky to have them around that day. 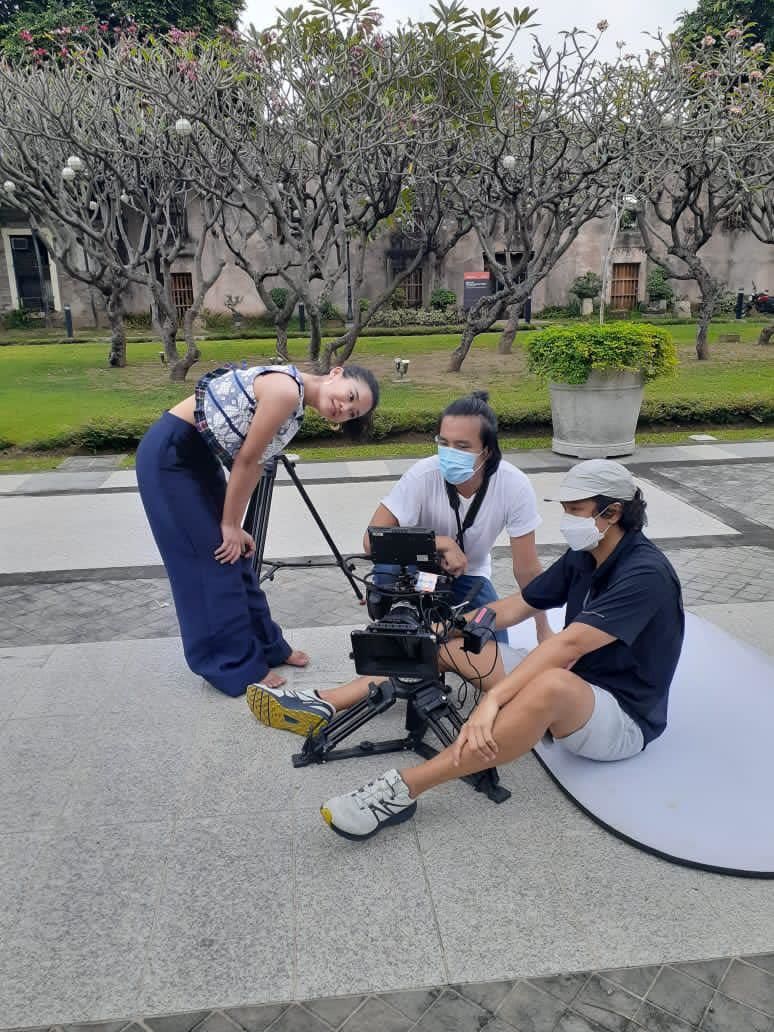 Did you choose the venue for the video? If so, why there?

No, I did not choose the venue for the video. Direk Juno Oebanda assigned Intramuros to me. He was also responsible for assigning Bea to me. He was the overall director for the project, he orchestrated the whole thing with Dindin Araneta. He called me up one day and said you wanna do this project with Hotdog? Game! Then after a few days, he called up again and assigned me to Bea and Intramuros.

Each of the directors were assigned to a different location around Old Manila. Quark shot in Museong Pambata. RA Rivera shot at the Planetarium. Juno Oebanda and Alco Guerrero had Jones Bridge. Paolo Valenciano was in Rizal Park. We were all assigned key locations to represent Manila.

What were the challenges and advantages you faced with the location?

Having Intramuros was already an advantage. It is beautiful as it is. You just can’t go wrong with all these structures around you. It is very cinematic! We didn’t need a production designer to fix anything at all [we couldn’t afford one too!]. Anywhere you point the camera, it’s all good. It was just a matter of deciding where to shoot. You have a lot of options.

The challenge was to come up with something refreshing. We shot in Intramuros which is a very famous tourist attraction in the Philippines. The challenge was also to come up with something different with Bea. It all boils down to Bea’s performance, or where she will be in the location. So the plan was to make it weird and fun, and that was placing Bea in places where people don’t normally go to. That’s why she is up a tree, by a window, down an abandoned cave. 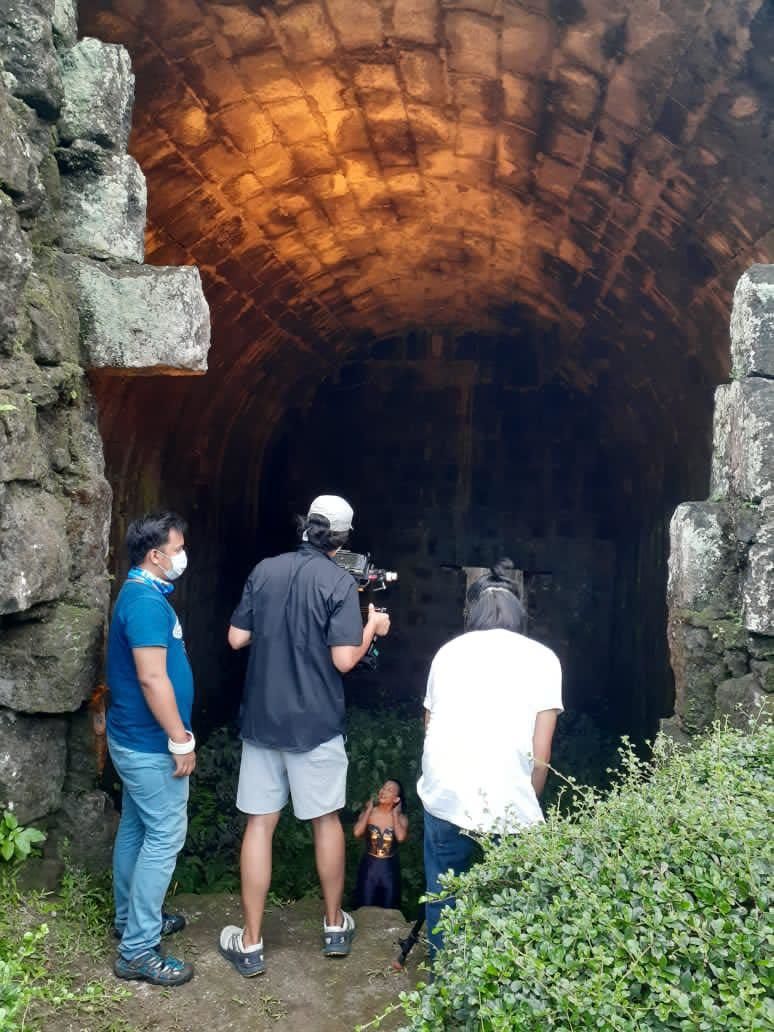 How did you translate Bea's performance so that it would fit the concert rather than it being a music video?

I think it was also Direk Juno’s intention to make each music video different from each other. He knew each one of us has different skill sets. So he just played that up and watched how things unfolded. I think he did a marvelous job orchestrating Hinahanap Hanap Kita Manila. Especially during these difficult times with a pandemic.

We were not given any parameters to follow or consider. Direk Juno just asked us to make a music video at the locations we were given. It was all up to us on how we will make one. No one checked on me about my concept at all.

Bea’s performance is really a wonder to behold. For me, she really made a worthy remake on a timeless classic. In the original track, you can feel right away that the guys were flying, they were floating, they were in love. Even now if you listen to it, you can’t deny this sensation. With Bea’s remake, even though her version has a very different approach, she kept the core intact. 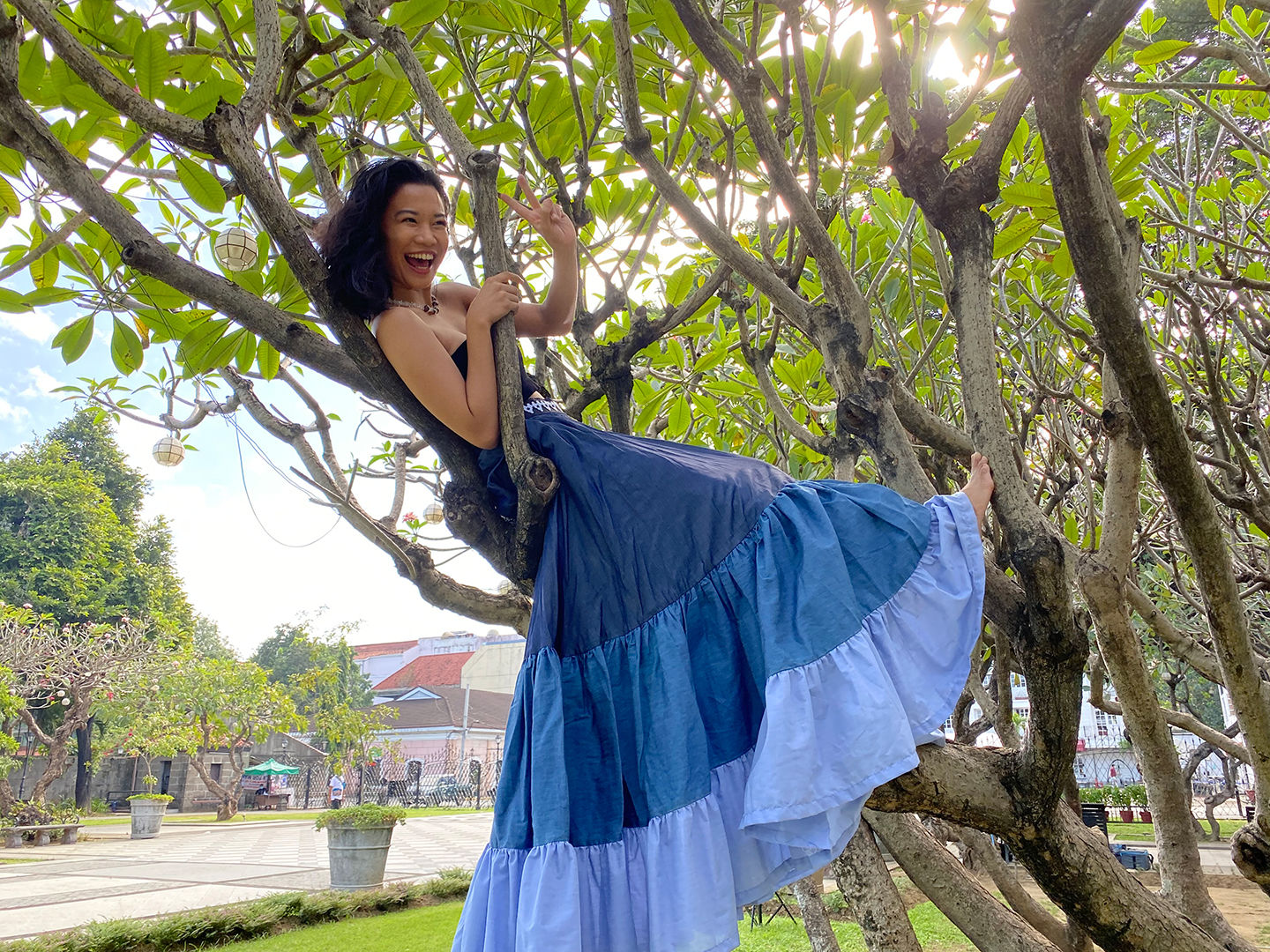 What was it like working on the Manila Heritage Concert?

They are so supportive all the way! These guys are such great people to collaborate with! They gave us so much. Kahit binagyo kami, postponements and sudden changes, these guys just kept rolling. Thank you so much!!!

How did you get involved in the concert?

It was because of Juno and Dindin. We knew each other already but we had never worked together yet. This project is our first time to work together. Juno gave me a call one day and told me he is brewing a Hotdog tribute project. He asked me to join him. Being a Hotdog fan, I jumped in—with eyes closed! 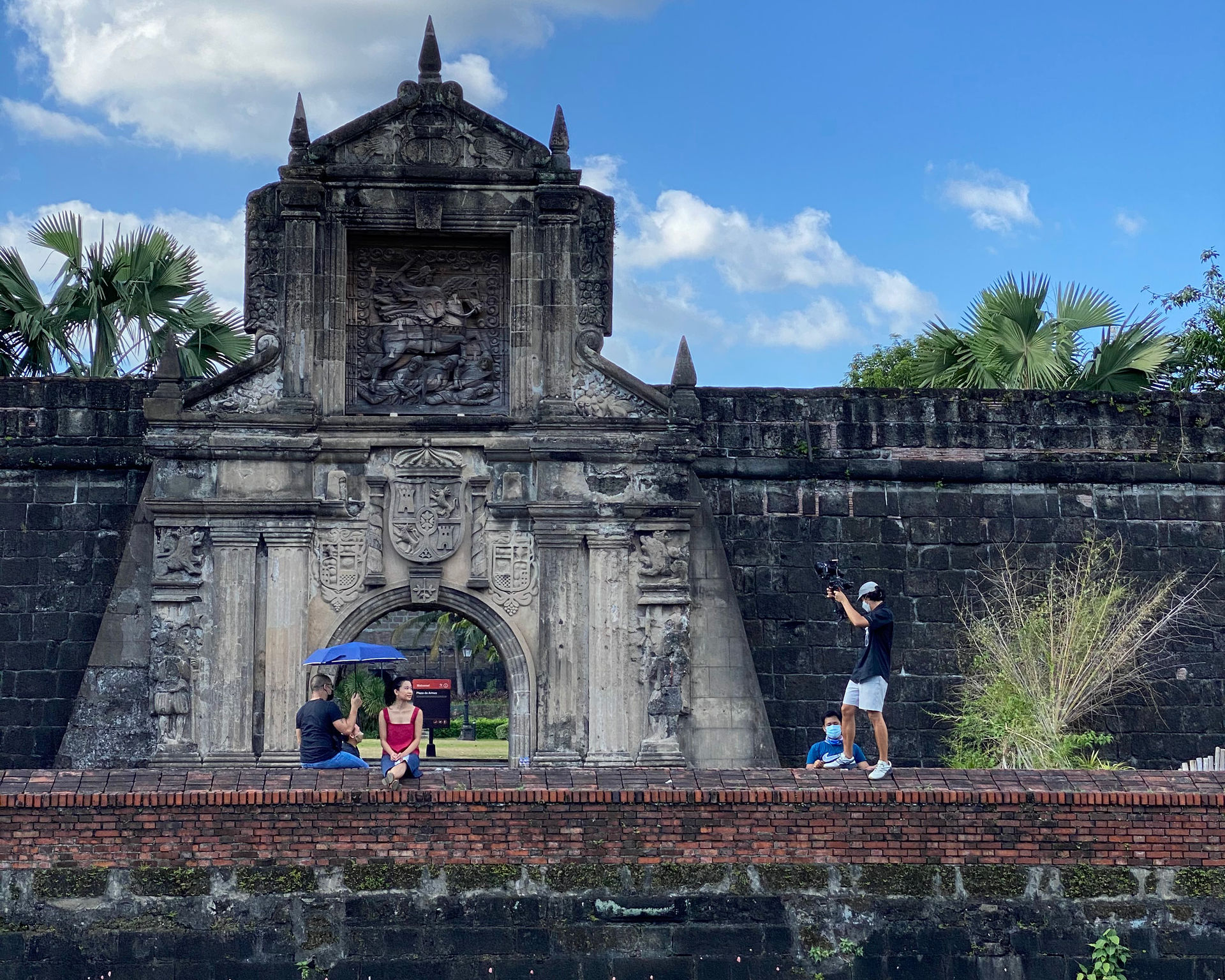 What does Hotdog's music mean to you?

Hotdog’s music is Manila, for me. After all these years, it still is. It reflects a lot about us as a people, our dreams, our lives and our humor. Hotdog does not sugarcoat our reality, they find the humor in it and give it back to us in disco form hahahaha! And that’s what I love about them.

Tell us about your future plans and next projects coming up.

I would love to make more music videos for sure. I realized I love making them. I love working with music. Hopefully, I would want to work with Bea again. Future plans include making a feature film someday. I’m still working on that right now. It’s a whole different game with feature films, very daunting and nerve-wracking. But it is a dream I want to step into, even just once.