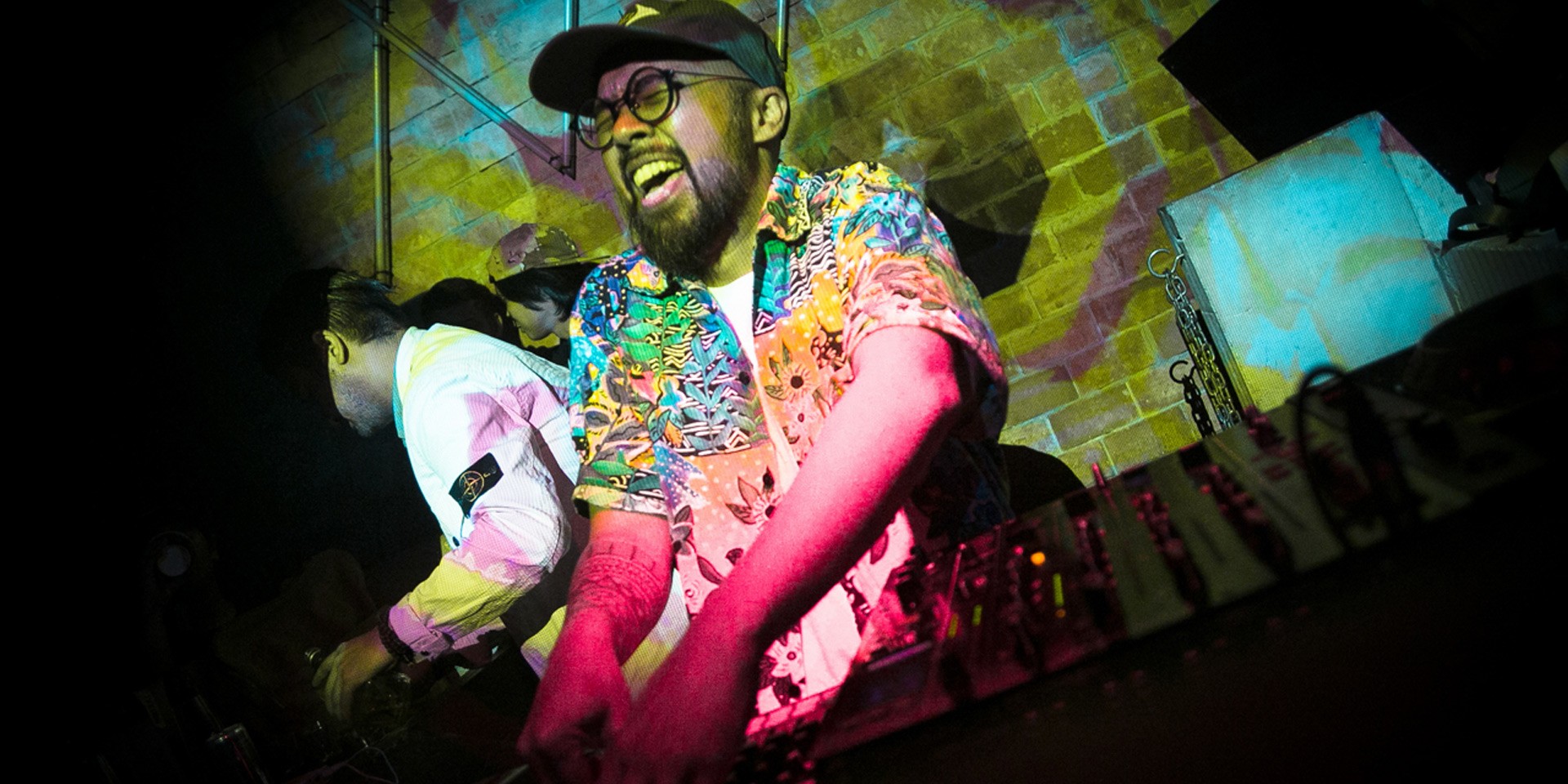 On Friday night (12/13), the Los Angeles-based electronic producer premiered his fresh visual 'Right There' off his latest studio record Neutropical on Bandwagon. The exciting Kevin Mayuga-directed video brings Redito to a darkly lit lab as he "programs" dancer James Wong off an operating chair up to his feet with the 'Break Silence' act's wicked beats. It was shot during the Manila stop of Redito's Neutropical Tour earlier this year.

We caught up with Mark Redito and Kevin Mayuga about their visual collaborative effort for 'Right There.'

In this video, we have Mark sort of "program" a man to dance to his tunes. Tell us about how the concept for this video came together.

Mark: To be honest, I didn’t have any sort of visual idea for this song early on. It was all Kevin’s creative genius! When he presented to me his rough idea for the video, I was sold right away and figured out ways to make it happen.

It kind of also takes inspiration from Daft Punk's Interstellar 5555 where they're turned into human "robots" and play 'Harder Better Faster Stronger.' I watched that so much as a kid and it's cool connecting a sudden inspiration to that childhood memory. 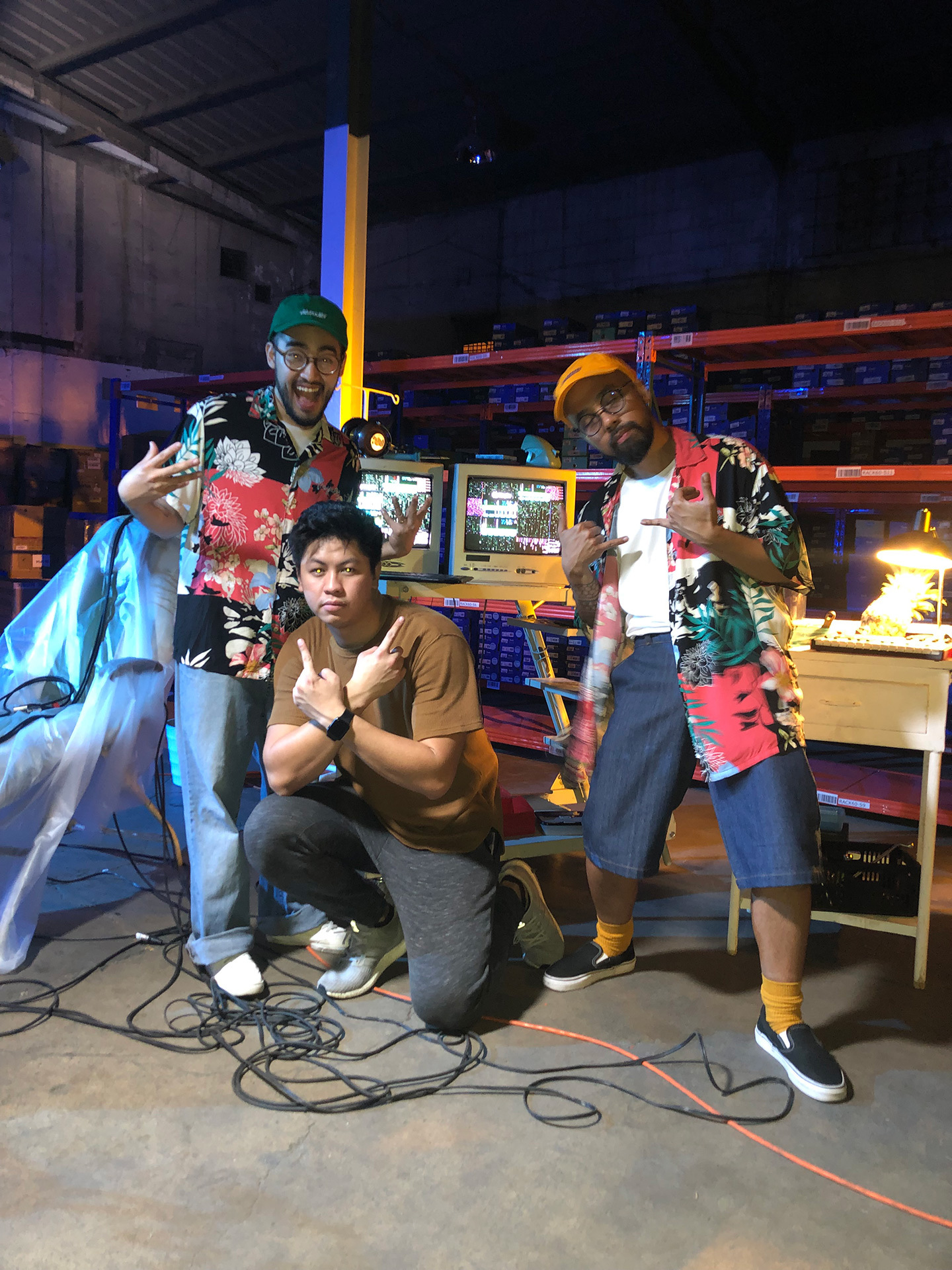 In what ways did you and Kevin collaborate in conceptualizing the video?

Mark: Like I said, it was all Kevin—he’s a man bursting with ideas! It was easy to trust him especially when I saw how passionate he was with the project. I intentionally had him take full creative control with the process. He went over and beyond my expectations!

Kevin: Mark was pretty much all in when I pitched the concept to him and that was great! Most of the collaboration already happened on set where we would try to figure out different nuances, expressions and ideas to bring it to life. We also found it funny that our dancer, James Wong (super amazing guy) ended up looking like him too—that's something we didn't plan. 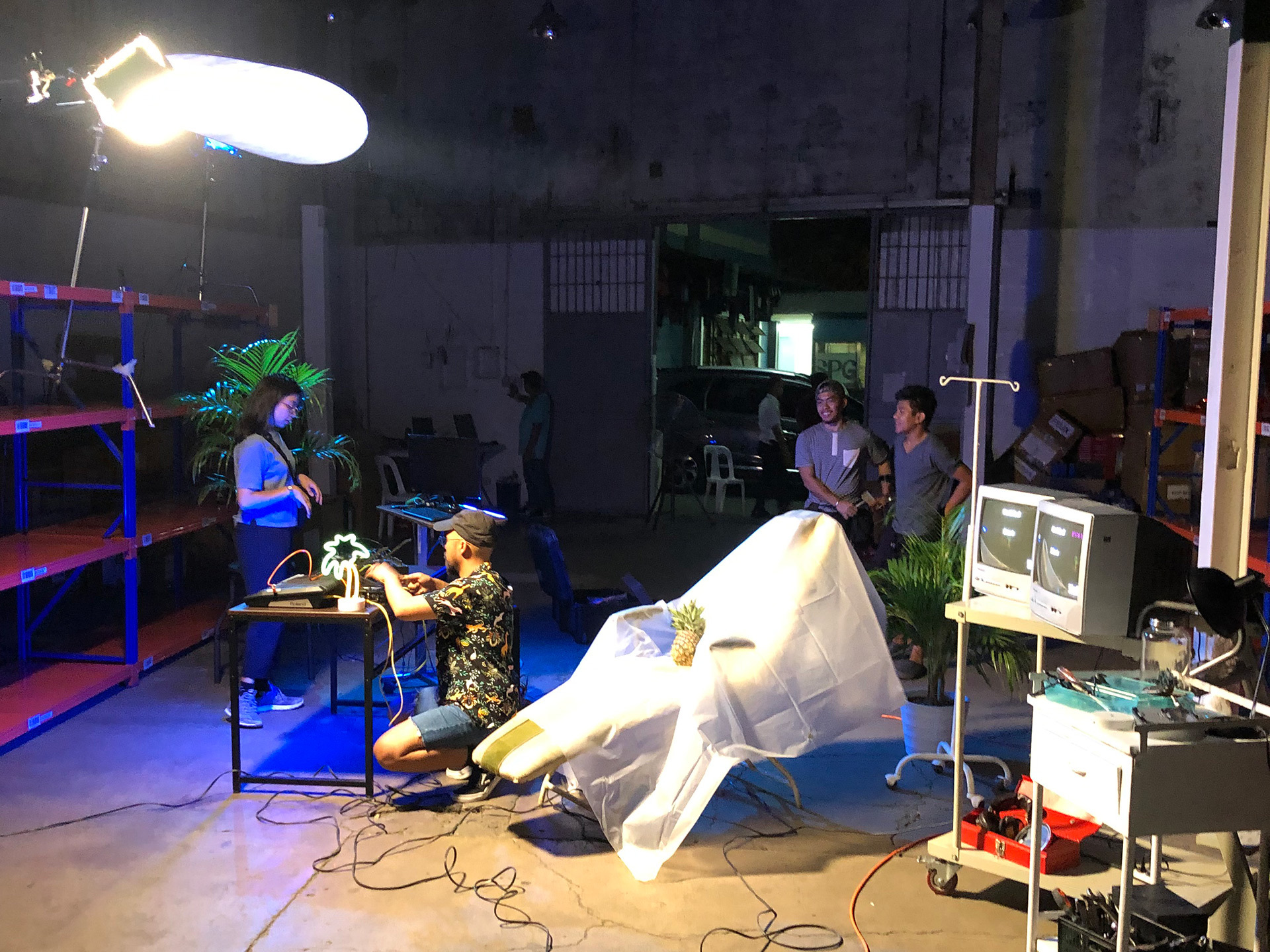 What was it like on the set? How long did it take to shoot?

Mark: We were on a tight deadline and budget and that in itself is its own challenge. We also shot this in Manila when I was in the middle of my Neutropical tour so I didn’t really have a lot of time on my schedule. We had to make it work on a small time frame.

Luckily, and I’m really grateful for it, everyone in the team was so generous, kind, and supportive that the filming process was such a pleasure. Bonus points for the production team for getting Chickenjoy before the shoot—that powered us throughout the night!

Kevin: We most definitely made sure we had Jollibee Chickenjoy buckets. It was a big rush to put it all together but I'm really so thankful that we found key production staff that are big fans of Mark . So from then it was really all just doing it for the love and fun of it. It felt like we had a lot of creative freedom, respect, and collaboration going on between everyone on set so it felt like we were just playing around. 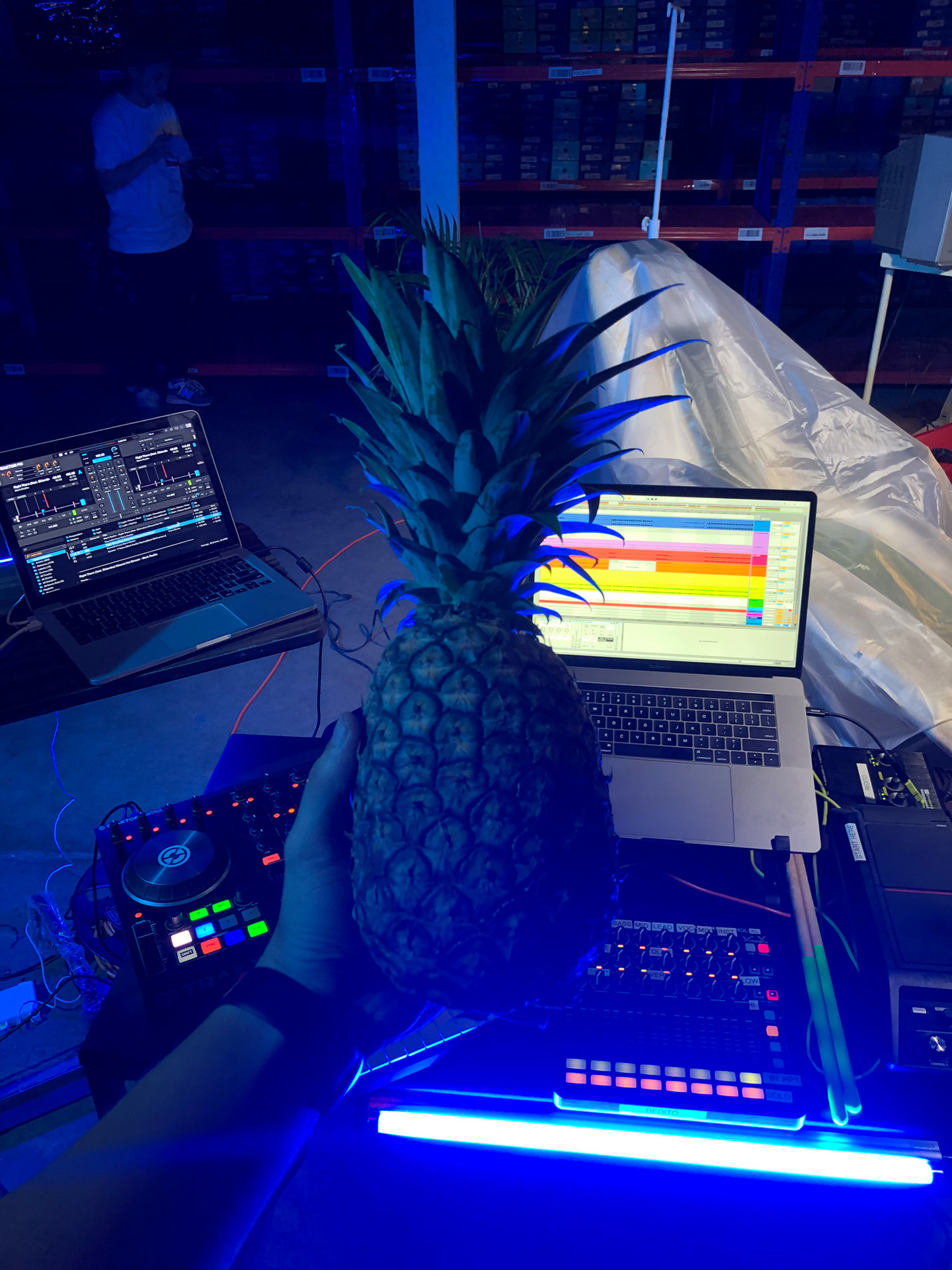 Mark: When I work with visual artists/filmmakers I’m always curious about what their process and vision is like. If I sense a fit, I give my collaborators full creative control. That’s exactly what happened between Kevin and I.

Kevin: I've been a big fan of Mark Redito since the Spazzkid days and I remember walking up to him and being so starstruck asking if he wanted to do a collab (laughs), but Mark Redito is a dope guy. I really love that he gives a lot of respect and understands the creative process even when it comes to film production.

We also wouldn't be able to do this without the help of Raymond Dacones and Trina Razon from TwoFold Media—they're making the best music videos out here. 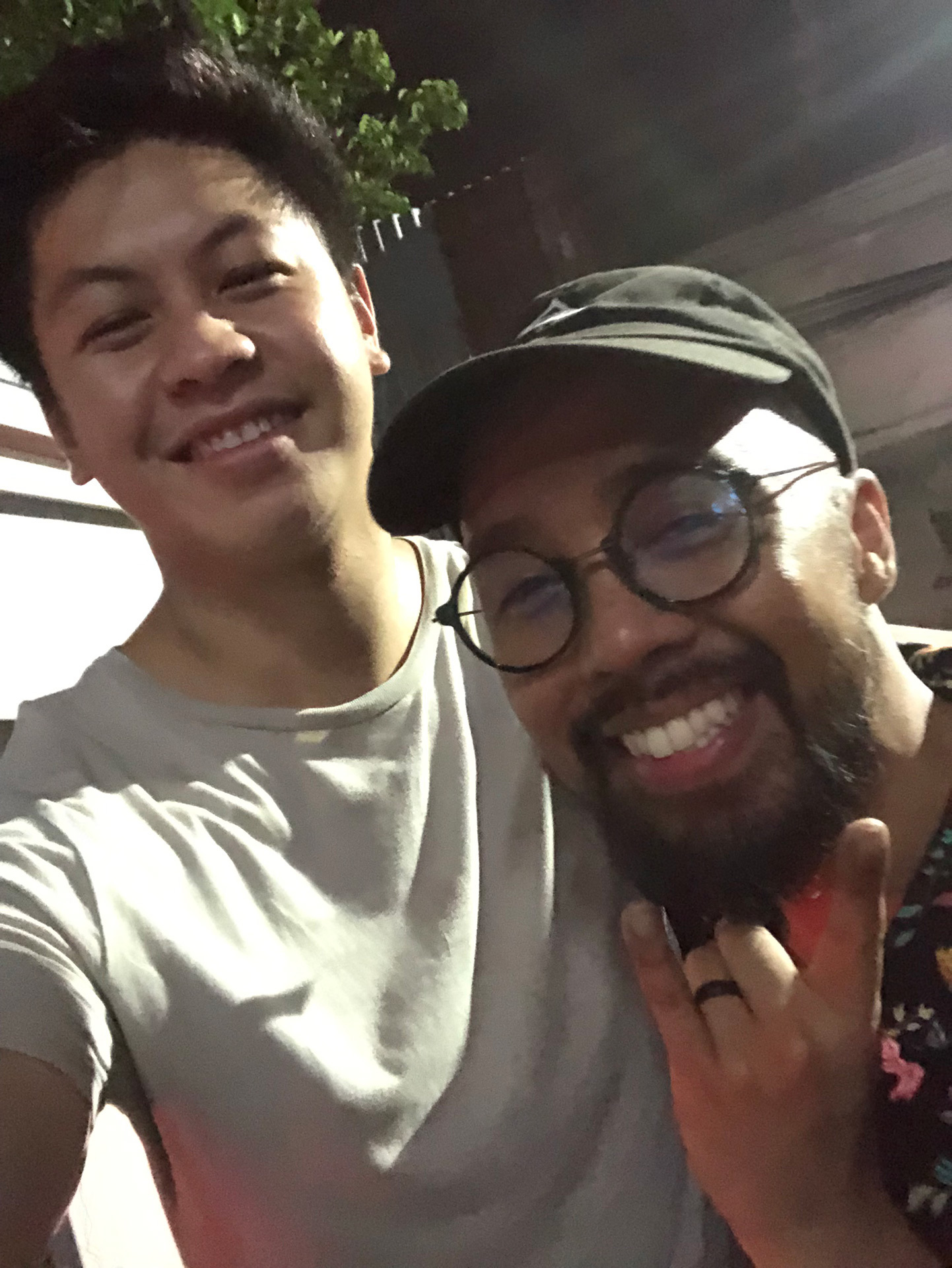 There are a lot of neon lights and colors contrasting against the dark blue treatment of the video. Kevin, would you say this is a signature detail you add to videos you work on?

Kevin: I didn't actually plan on having that treatment just to have a signature look. These colors are sort of what I see when I hear the song and I'm grateful for our cinematographer and colorist Dave Orbeta for making it happen. But yeah, I guess that's a thing I like doing! 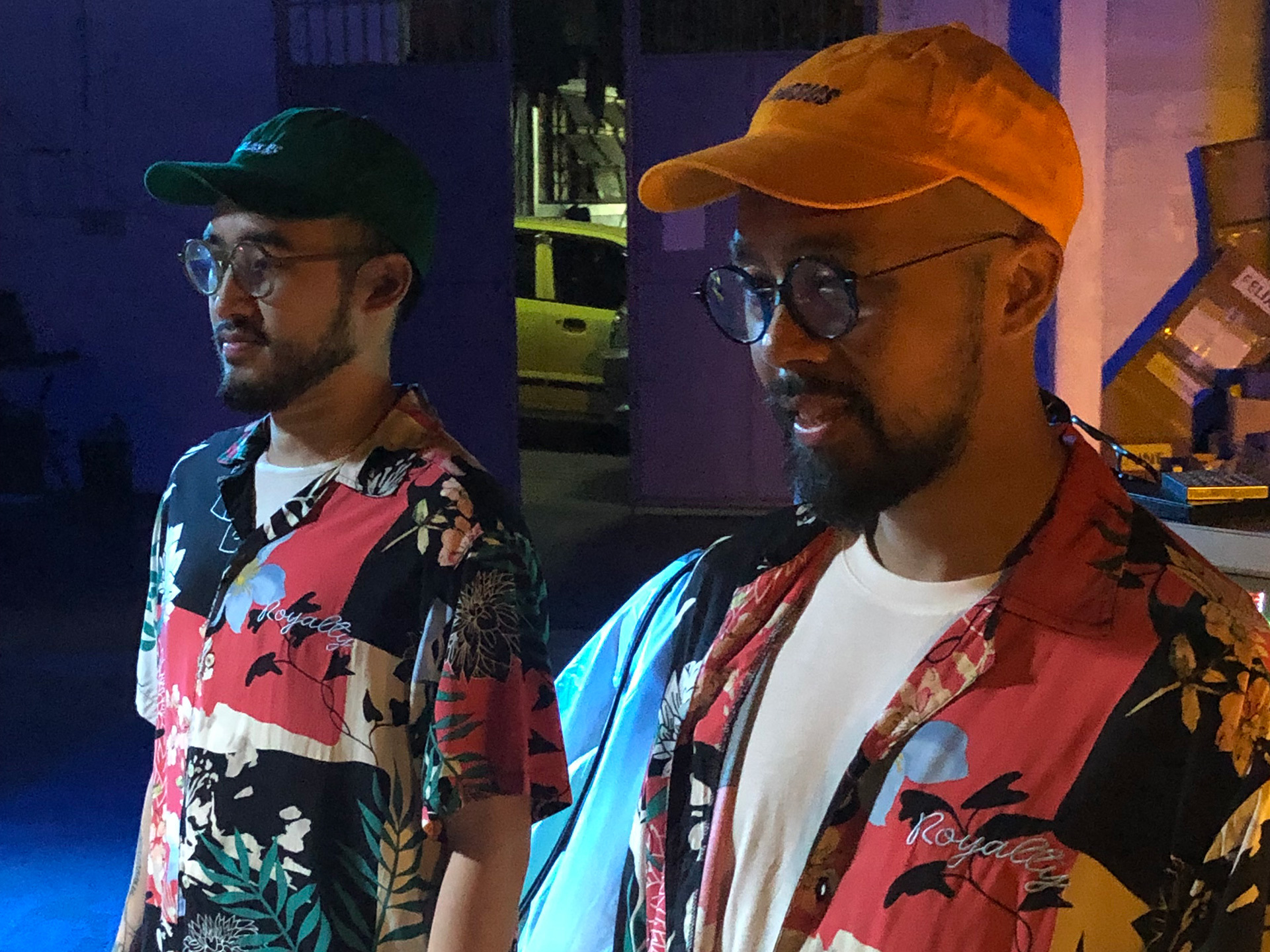 Do you have plans on collaborating again soon?

Mark: Absolutely! It was such a pleasure working with Kevin and his team. Can’t wait to explore and experiment more with him!

Kevin: Most definitely! I'd be down to even do another one in LA!