IV Of Spades made one hell of a comeback with the release of their latest single 'In My Prison.' The haunting visual, directed by Raymond Dacones, brings the funk-rock act to a dark new realm and has already reached nearly 2 million views since its debut last week.

Bandwagon caught up with executive producer Trina Razon and assistant director Pocholo Hermosa (who also fronts the indie outfit Yolanda Moon) of Two Fold Media, the team behind the chilling new video, to talk about how the concept of 'In My Prison' came about and what it was like working with the 'Hey Barbara' act again as they forge ahead as a trio.

What was it like working again with IV Of Spades?

Trina Razon: We’ve worked with them before on 'Where Have You Been my Disco,' but this time they came to us with a few pegs and references. They sent everything to us over Facebook and when we had a meeting with them, all our ideas just seemed to click.

The video's a lot darker than their previous releases.

Trina: Initially, they gave us inspiration from David Bowie. We wanted to show a more “grown up” version of the band.

Pocholo Hermosa: The video is heavily layered with Easter eggs as well for the fans.

What are some of the Easter eggs you were most excited about?

Trina: Most of them were obvious like the use of the actress from 'Hey Barbara' at the start, which was Cholo’s idea. The one Easter egg that I haven’t seen pointed out is at the start of the video as well.

Pocholo: My fave is the 'Hey Barbara' frame! We had to get it right! To set the mood of the first act, but also the bass change. It's a good symbol for moving on the new frontier for the boys.

Trina: Yeah, Zild gave us the idea of having a bass change in the middle of the song, but left it up to us to execute it.

Pocholo: Yeah, in the first half its black and the rest after the change it's red.

Trina: So it was really a collaborative effort with the band. 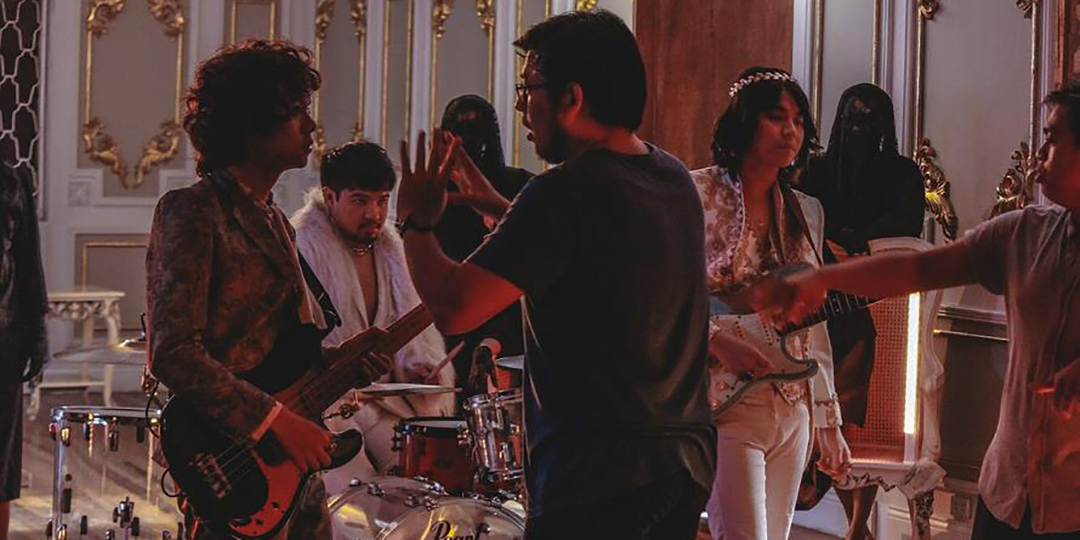 What’s the Easter eggs that haven't been pointed out yet?

Trina: Well, it’s the radio from 'Where Have You Been, My Disco.' Surprisingly, no one has gotten that yet. Maybe it was the initial shock of the frame scene.

Pocholo: The backmask part has a lot of audio layers, too! We did the intro audio at 15D [Studios] with the Spades boys.

Trina: Yup! The whole sound design at the start was Pocholo's work.

Let’s talk about the cult that surrounds the band, especially when they grab on to Zild. Can you tell me the meaning behind that?

Trina: Well, the role of the cult can be interpreted in different ways but the song itself is called 'In My Prison,' so you could see it as someone trying to fight their inner demons. The struggle of trying to break free of them. And direk Raymond had a very specific idea for the look of the cult members. He wanted them completely covered and anonymous. Shanne really delivered on that with her costume design.

Whose idea was it to come up with a darker video for the band?

Trina: When we first heard the song, direk really felt that it needed a darker and more serious treatment. And the band and production agreed. The song is still very Spades but it’s also obviously a step away from their previous funky tunes. 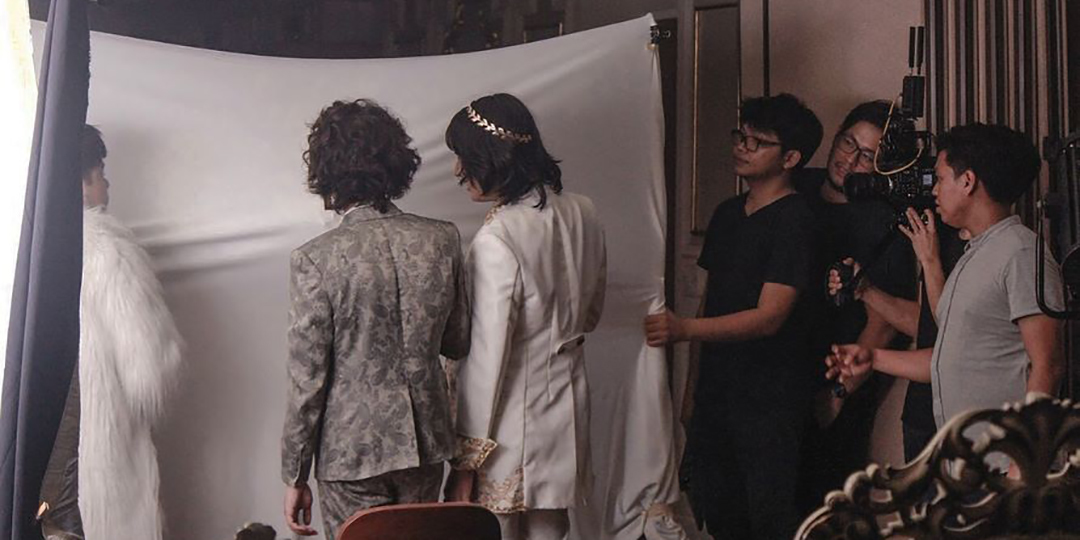 What about the moving walls? Fans are speculating that it's Unique on the other side of it.

Trina: (laughs) I think people will always find reasons to interpret it that way but really, the song itself is about being trapped. The face off of the band with whatever is inside the wall is simply saying “you can’t touch us anymore.” Fun fact though: that shot was done at 3 a.m. and we were hysterically laughing after every take.

Pocholo: Its almost the opposite of the cult grabbing Zild.

Trina: Even the contrast of colors from black to white.

Pocholo: One thing to take note of too is how the boys look now.

Where was it shot?

Trina: It was shot in a restored house in Quezon City. Dave [Orbeta, cinematographer] and Raymond worked hand in hand on the visuals of this video.

Trina: (laughs) I think we were the ones who brought the spirits or at least awakened them.

Pocholo: Nah, it's actually super nice! We washed them out with the realistic performance of Badjao. We told him to bash away.

Cholo, you mentioned their look earlier. Can you share a few details about it?

Pocholo: I was just gonna say that this is a big jump from the first few videos. We feel that it’s a more mature look for the boys as well. And Badjao was killing it in that fur coat (laughs).

Trina: And I think the all white outfits give off a sense of unity. Fun fact also: the crown of Blaster would always come off every time we’d film his solos. It was that intense!

Pocholo: And Zild lost his earring in one of the cult grabbing takes.

In what ways would you say they've grown while you were making the video?

Trina: Well, they seem more self-assured this time around. And determined to give their all. They were such troopers throughout the whole shoot. It was around 16 hours long. 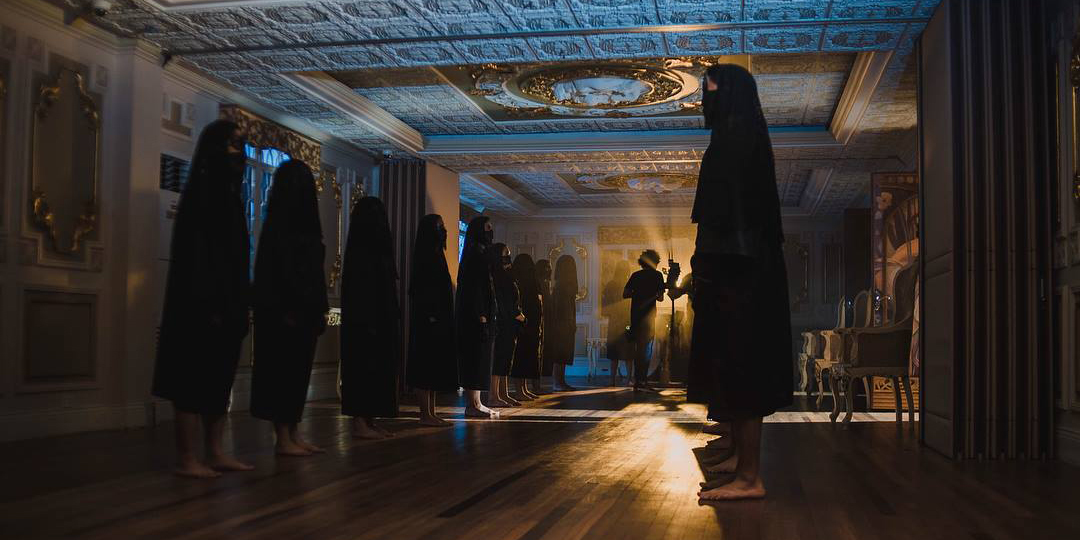 What was your favorite part of the video to shoot?

Trina: If we really had to choose? Probably the intro. We’d also like to commend the steadicam work of Jedd Dumaguina. He did the whole intro and all of the band takes, and Badjao's solos. Those gliding movements were all his doing.

Pocholo: Yeah, the intro for me. It was a nod as well to a lot of classic music videos. The cheesy thunder sounds! Waiting actually for someone to decipher the first part. The boys recorded something with the first part.

I think I heard the opening riff of Hey Barbara there?

Pocholo: Under that layer pa! It’s hard to hear it, but it's there. It's for the fans.

How involved was the band in conceptualizing the video?

Trina: Very involved. We had about 2-3 meetings with them and we even checked out the location together. It all started with a music video of David Bowie they sent us. And they wanted to incorporate certain things like the style of the '80s era. And the changing of the bass was crucial also to them. They gave us so many references to work with. Each meeting was full of collaborative energy where we’d exchange ideas with each other.