Armed with an unbelievable talent for immersing their listeners in a wave of emotions through music, and an immense love for what they do, Ben&Ben were destined to be one of the Philippines’ top musical acts.

Intentional, honest, and frankly, quite magical, the folk-pop band has a way of translating heartache, pain, and doubt into a beautiful melody that eases the soul. 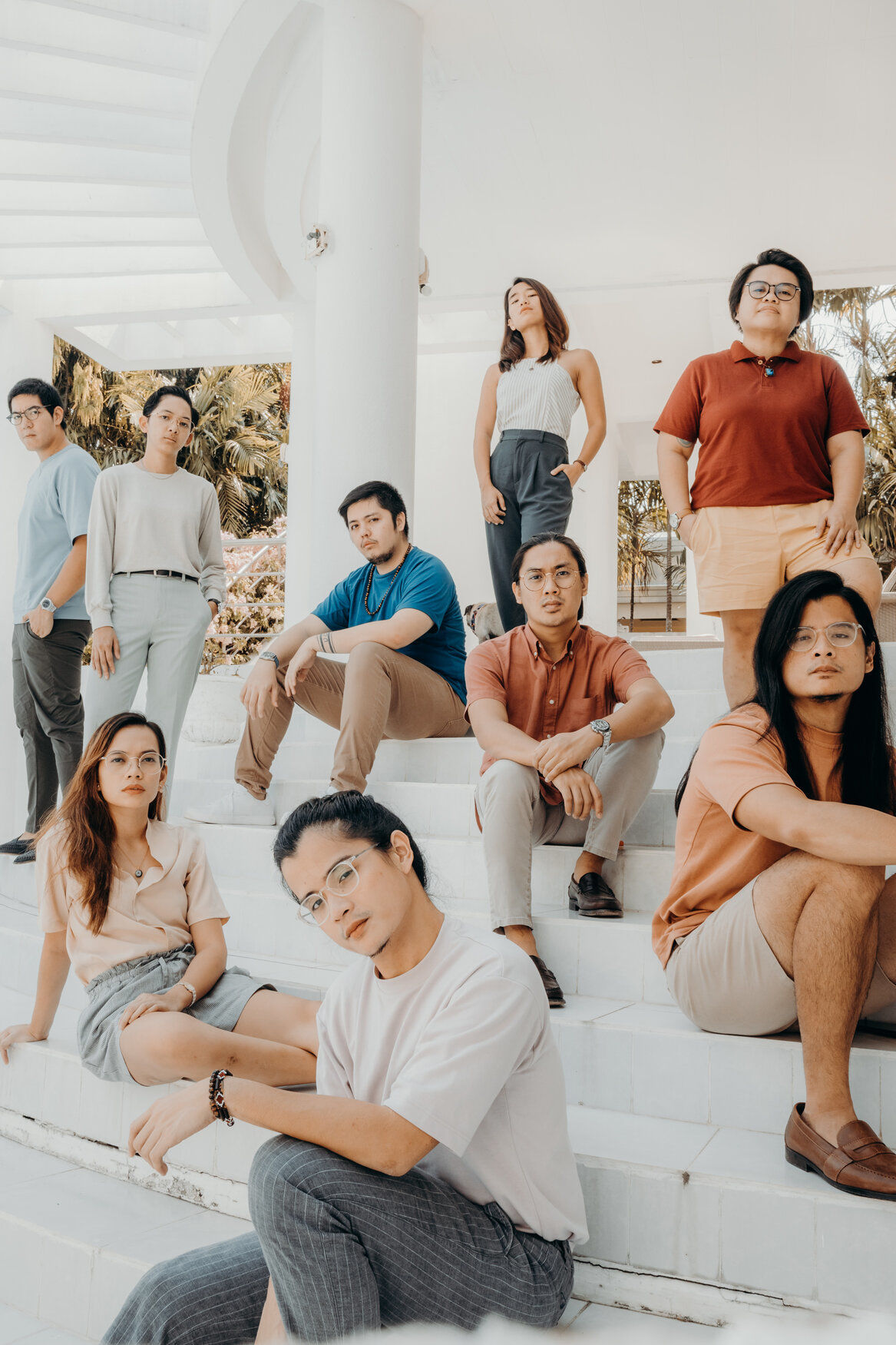 All with a passion for music, every member plays a significant role in the band’s musical and creative process, each adding their own sprinkle of magic.

“I think it goes for all nine of us that at some point in life, we just ended up falling in love with music some way, somehow. I don't think this is a career that someone can go through if they don't love it. I appreciate that all of us here in the band met at some point and just connected over our love for music,” says Andrew.

From a sweet and endearing romance to a devastating heartbreak to reassuring yourself that you’re good enough, the band have been easing us through some of life’s most difficult moments with their music since 2017. Taking inspiration from their personal stories, they have released a stream of singles that everyone can relate to.

Whether it's Pat’s favourite song ‘Di Ka Sayang’ which revolves around embracing yourself for who you are, or Andrew’s perpetual reminder ‘Araw-Araw’ which talks about how love is a constant choice, or even their most recent single ‘Magpahinga’ which sends a message of comfort and peace, there’s a Ben&Ben song for everyone.

Centred around the philosophy of purpose, each component of the band’s music carries meaning and significance to the overall picture. “Every single thing has to have meaning. We wouldn't put something in there without purpose – from the words to the melody, and then to each part to the arrangement, and even down to how it's mixed and mastered,” shares Miguel.

“So far with the process, that's how we've been doing it; we're very meticulous about it. It's really a process that involves not just every single one of us in the band, but our entire team. When the song comes, every single thing has meaning and was meant to be there. It's something that we can really say we put every ounce of our soul into.”

For the last four years, the ‘Kathang Isip’ hitmakers have been on an enthralling musical ride, full of cherished memories and life-changing experiences – most notably, their 2019 Limasawa Street Tour.

“A collective favourite moment of ours has been our album tour back in 2019, and how massive it was, how crazy our experiences were for that whole event. It's such a big contrast to life now. If we were to take ourselves back to that time, knowing that there would be a pandemic a year from then, I feel like we would cherish those moments more. But yeah, the tour was really so much fun – playing our hearts out every night, seeing so many people,” says Andrew.

While they haven't been near a live stage in the last year, the band are still up to quite an array of exciting things. Last year, with the release of ‘Di Ka Sayang’, Ben&Ben introduced “a new era” that they shared features new stories and themes.

“This new era is really more of being even more intentional with the messages that we put out, specifically that means going beyond favourite themes like being in love, and falling out of love or heartbreak. There are other aspects of life that we have our thoughts on like self-acceptance,” says Paolo.

This, of course, doesn’t mean the band is straying away from the love songs we’ve come to know and adore. Wanting to divulge more into the emotional spectrum of daily life, the group is looking to add more layers and diversity into their body of work.

“We hope that the totality of those layers is something that our listeners embrace because more than anything else, we want to be with them in the different parts of their lives through our music,” adds Paolo.

Beyond stories and tales, the band also shared that this next chapter of their music features a new, holistic sound.

To welcome this new era, Ben&Ben are slated to release a new album very soon. They’ve already released two singles off of the forthcoming record – ‘Magpahinga’ and ‘Upuan’.

While they are still tight-lipped about their upcoming record and what else we can expect other than “songs and surprises”, the band did reveal that it showcases more of each member’s influences and individuality.

“In terms of the arranging process, we tried a different approach to all of the songs. Each of us arranged one song in the album, so each of us is a co-producer of a specific song. You could expect some of the songs to be quite different from each other,” teased Pat.

“The effect of that is you can hear a little bit more of all of our individual influences based on the song that you listened to, and we're excited for everyone to really hear all of us,” says Paolo. 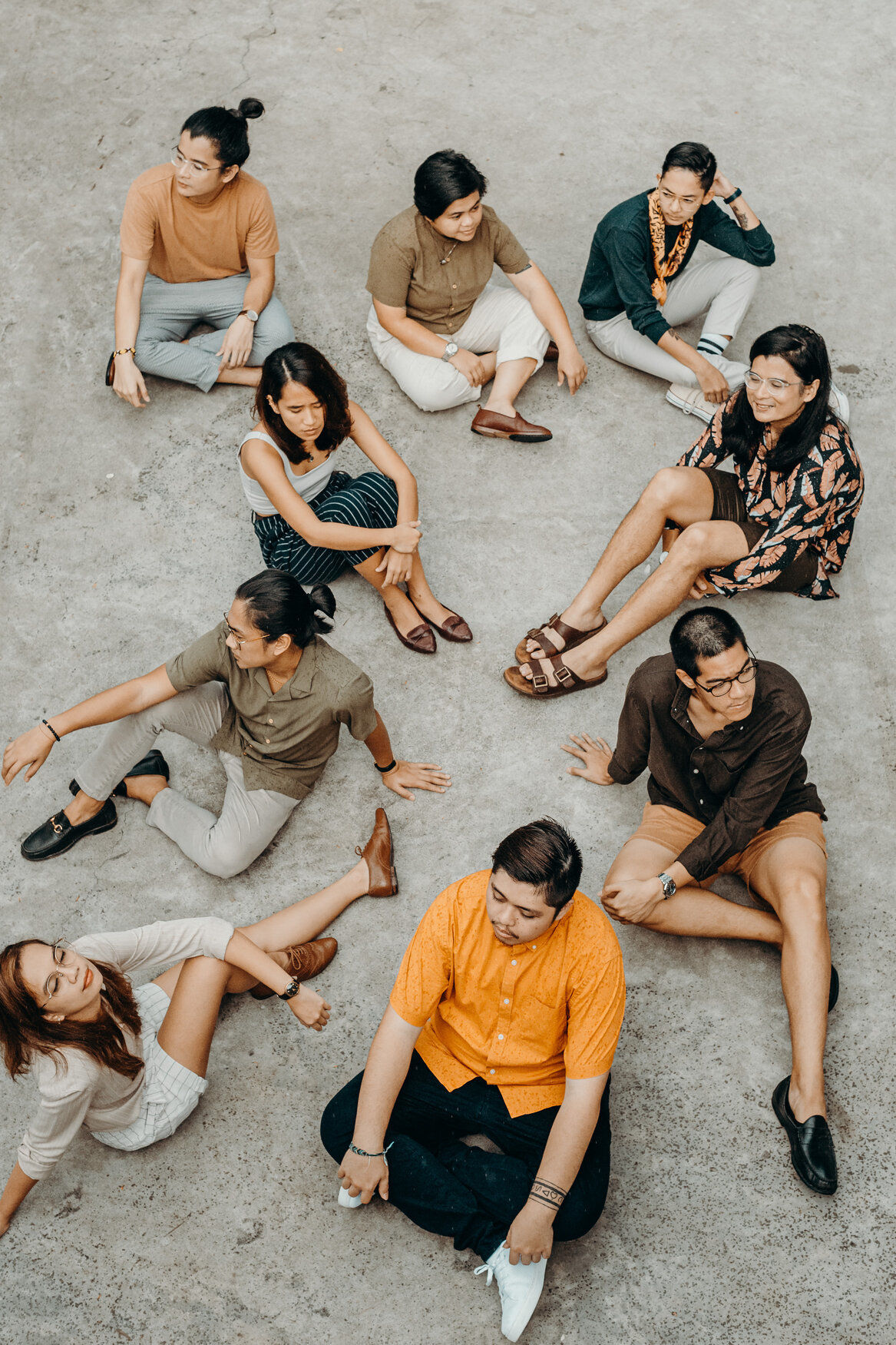 Hyper-focused on curating the perfect musical world for their listeners, the band, alongside their team, have recently moved in together which has helped them make better music and be better bandmates.

“It’s a different experience.  If touring was more outward and like really expanding yourself in terms of how the limits of what you can give out, living together is more inward and seeing each other for who we really are,” says Miguel.

“Above everything else, it helped understand each other more and understand where each person is coming from. And when you understand the people you make music with, things become easier or I feel like there isn't as much of a block anymore compared to when you don't know a person,” says Andrew. “You just get to focus on the music. It helped us become more honest with our music, it helped us play more from a place of security and knowing that the music we make will be heard by the people we play with.”

“It really helped us be more productive, and also in our creativity, like what Andrew said. It was hard though, especially in the beginning because we were used to seeing each other in the gigs or in rehearsals or in recordings outside before the pandemic happened,” adds Poch. 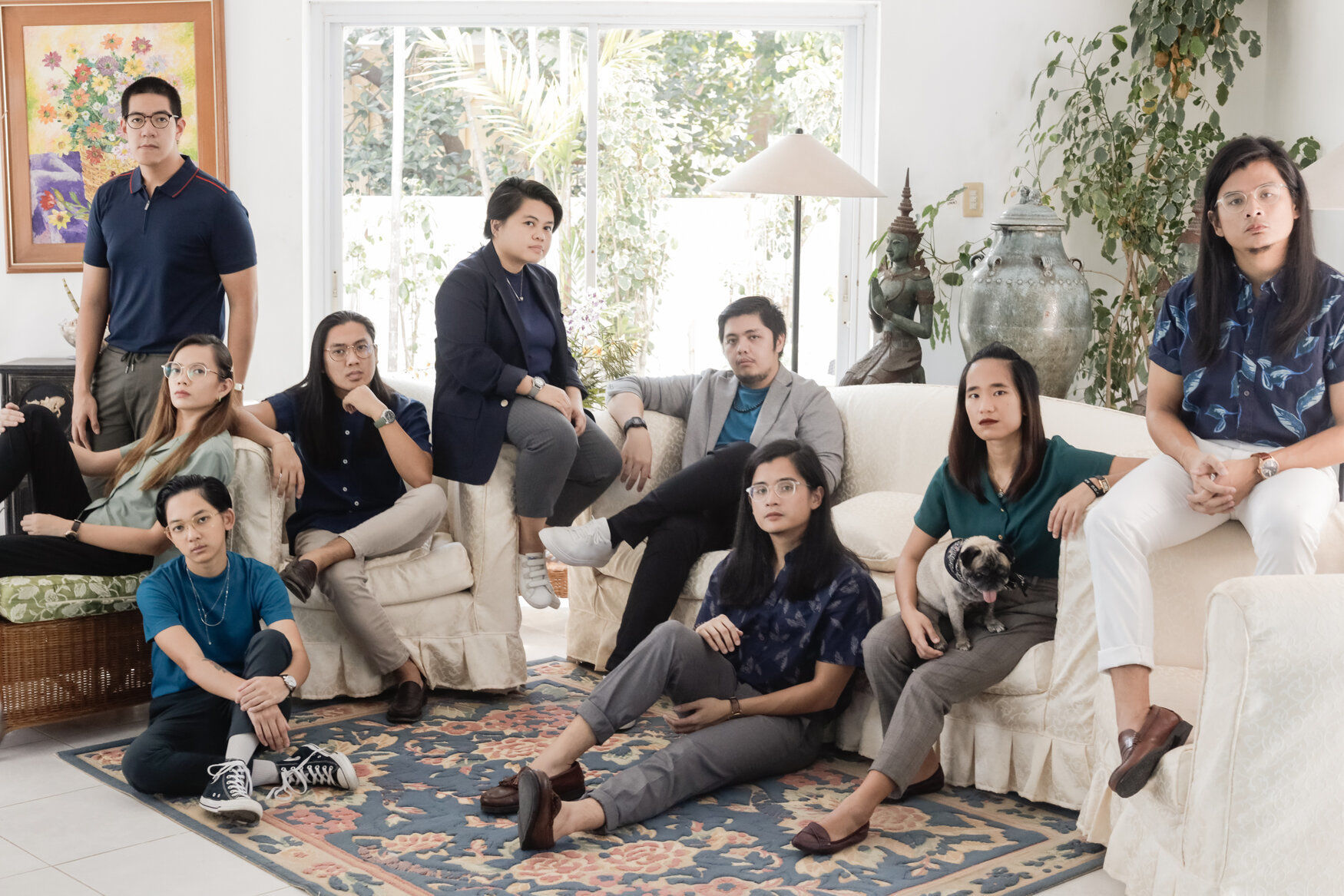 While entering a new phase in your music can be quite daunting, Ben&Ben are not doing it alone. Beyond having each other, the group also have a community of fans and supporters that they lovingly call ‘Liwanag’ which translates to “the light”.

Through the years, the band have managed to foster a caring community that not only shares the love of music but also the desire to be good people – and maybe also the love of memes and video games.

“In our context, specifically, it really matters to be your authentic self, I think people can tell when you're trying to be someone else, and it just so happens that the nine of us collectively are pretty into being sabog and sabaw most of the time, and we're unapologetic about being into the meme life, we just really embrace the silliness that comes with it,” says Andrew.

“So it's a balance of not taking ourselves too seriously, but at the same time, letting our listeners know that we really value their support and their friendship.”

It’s without a doubt that Ben&Ben’s musical journey thus far has been a great one, with exciting twists and turns and immense success with every release; but when asked about the best part of being in the band, it was the simple things that really stuck with them.

“Another thing that's really big for me, and that I'm really blessed with being in Ben&Ben is our relationship with each other. If you don't have love between ourselves then it will be extremely difficult to bring out that love and share it with the world through our music. So I think that's a really big thing with Ben&Ben, and that's a really big thing with me. Each of us and our whole team has love that we share with each other and for each other, as well as the people that we share your music with,” says Poch.

“Something that hasn't been said yet is that a lot of us, if not all of us, feel the best part of being in Ben&Ben is to be able to express ourselves through music. The act of being able to release something that you feel so strongly about into a piece of art that will be put out into the world for others to be able to connect to is amazing, that's something that we never take for granted. The feeling of creating something – the creativity and just letting energy flow through you to be able to put something out, it’s priceless. And to be able to do it together is even more priceless,” says Miguel.

2021 marks an exciting beginning for Ben&Ben, with a new album on the way and many more surprises slated to drop. The band are continuing to put together their forthcoming record, that is if they’re not spending their downtime binging The Legends of Korra, listening to fellow Filipino acts SB19, Zild Benitez, and Leanne & Naara’s new music, working out, baking their “pastry of the week", or playing Mobile Legends and Call Of Duty with Liwanags.

As we wait for the band’s new album, watch the music video for ‘Magpahinga’ here.