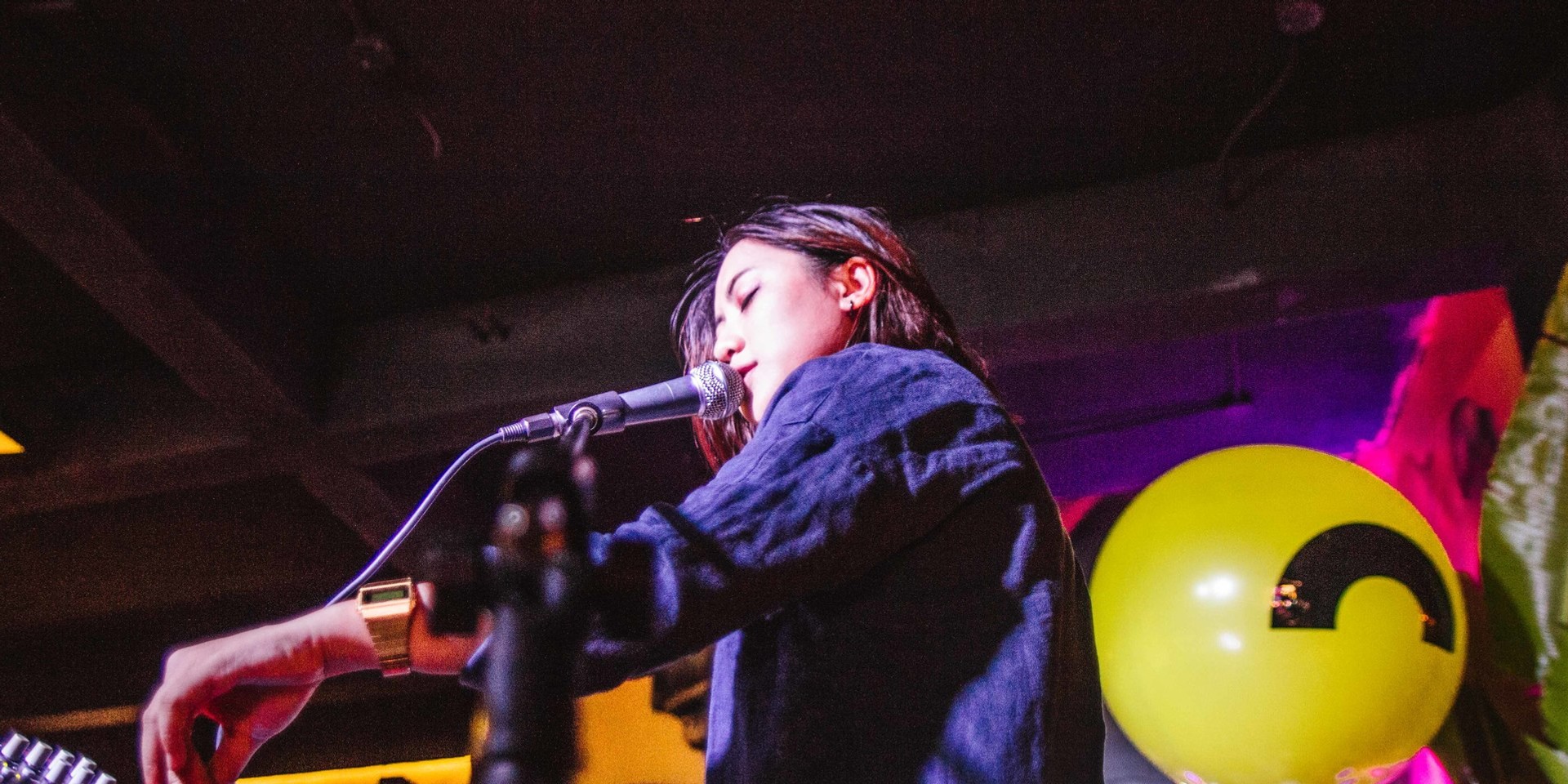 BP Valenzuela is taking a different turn with the release of her latest half-lit single.

On Wednesday (09/25), the Filipino producer/artist debuted 'fri the 13th,' a fresh track off her upcoming Paradigm Shift EP that takes on the rawer tones seen in the Bandwagon Birthday alum's side project half-lit.

"I'd been writing more singer-songwritery scratch draft things and putting them on a separate Soundcloud that I started when I was 19, to separate it from the electronic pop I'd been making at the time," Valenzuela tells Bandwagon in a message about how 'fri the 13th' came to be. The demos she'd written were recorded before dawn "when ideas would pop up at night," the 'Cards' singer says. "I'd just leave them alone like documentation of a thought. Usually I'd record the first take."

"I decided to record them with my friend Nick [Lazaro] who I'd been working with since I was a freshman in college, right before I released my first album, but all in his attic in his house, right before he and his wife gave birth to his son," Valenzuela reveals. "We recorded live drums with our friend Charles, and recorded the whole thing from scratch in a few days, with my Mustang, microKORG, his funny looking Flying V bass, and the drums in his attic.

"It was really quick and naturally came together because I had a pretty clear idea on how I wanted it to sound, almost as raw as those demos, but with more power and more clarity, and more of what i was feeling now as a 24-year-old, and not as a child noodling on a guitar." The 'bbgirl' singer adds that it was inspired by music she'd listen to 10 or 12 years ago. "The heart of the teenager is still there in the more sentimental arrangements," she says.

ppl messaged me for lyrics here u go pic.twitter.com/csr36KVDi7

"'fri the 13th' was the most fun and natural to record," Valenzuela says to close. "But for some reason, sounds the least like what I'd usually do, so there's that."