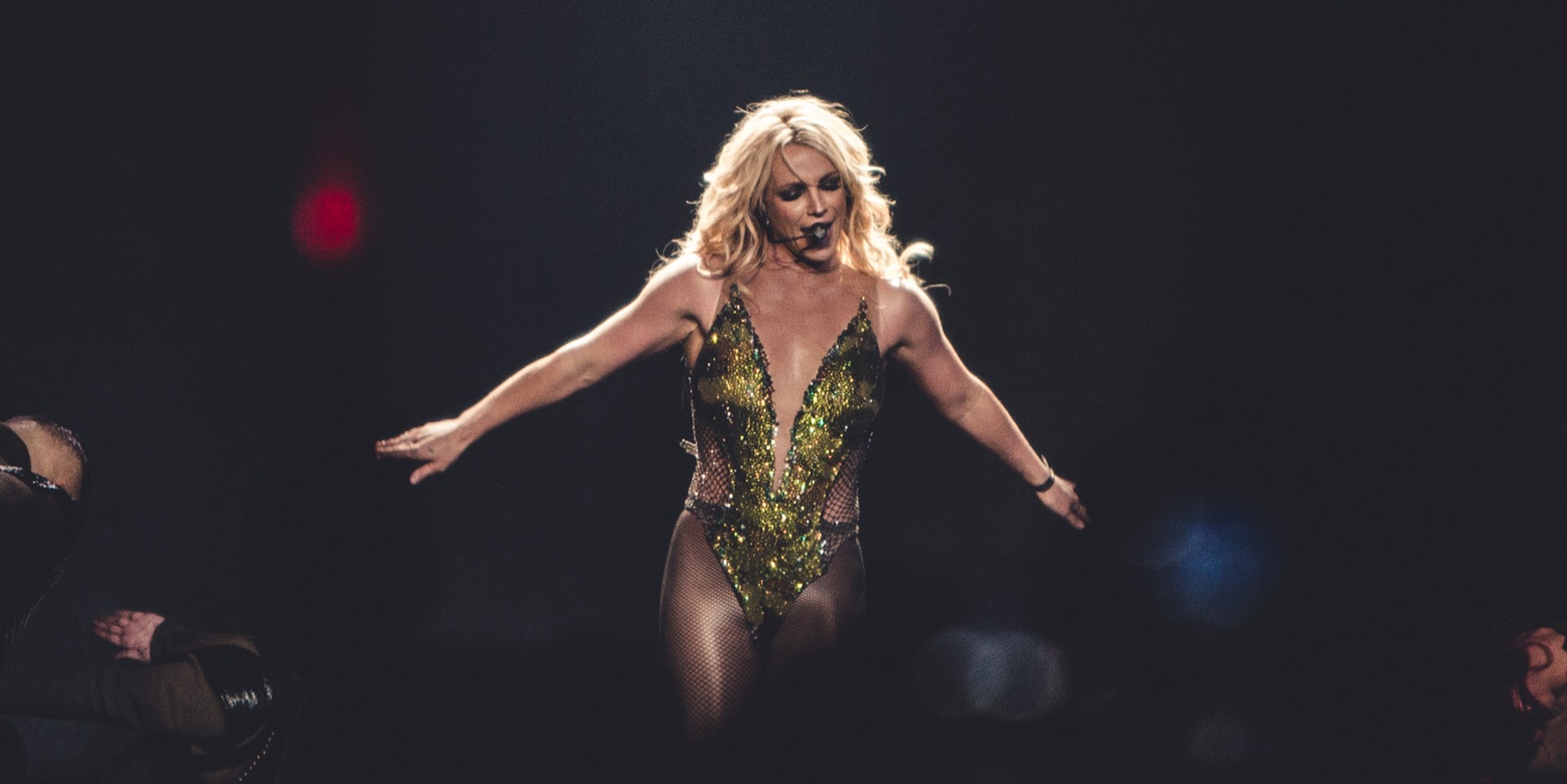 The lead up to Britney Spears' first concert in Singapore hasn't been exactly smooth, but it's still running to be one of the most anticipated concerts this year — it's just whether all her fans can afford her tickets.

It was reported by TODAY a few weeks ago (9/6) that the show was not selling well, and organizers IME SG responded by adding sections to accommodate fans who can't afford the top premium spots — nonetheless, these new categories are still priced well above S$300, and the most expensive ticket remains at S$568.

While these prices are clearly expensive, it's also emblematic of the costs behind running large-scale pop shows — Madonna's long-awaited Singapore debut cost up to S$688 a ticket, with VIP passes at S$1,288. On the other hand, huge draws like Coldplay and G.E.M. have only charged up to S$268 for standard tickets.

What gives, then? It's likely the artist fee, as told to us by Dan Gordon, who runs Secret Sounds Asia. "I was slightly surprised as they were so top-heavy," he says, "but also aware that the artist fee for Britney Spears to perform here would've been very high."

Gordon — who is responsible for bringing The xx, Cigarettes After Sex and LANY to Singapore this year — explains that pricing tickets for small and large shows are not that different, and it's primarily dependent on the costs involved. 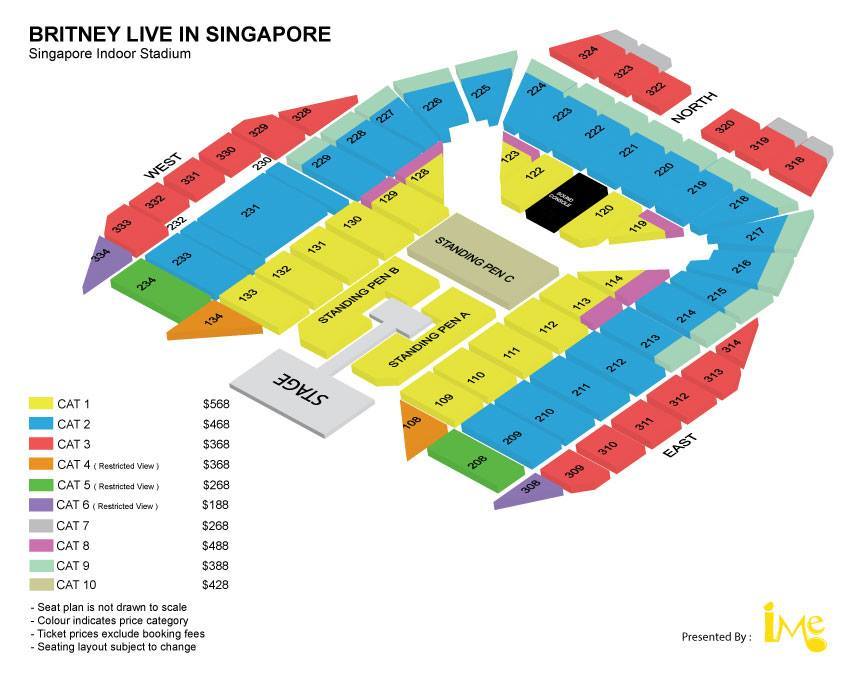 The updated floor plan for Britney's concert at Singapore Indoor Stadium. You'll need to pay at least S$368 for a decent view of the concert (in section highlighted red).

With the high rates that come with renting a venue like Singapore Indoor Stadium, along with the large-scale production values of Britney's show — which will apparently accommodate "14 tour dancers" and "10 containers of stage props and production equipment" — IME SG maintains the prices were not conceived arbitrarily.

"We don’t want the fans to feel that we just dictate prices on our own and don’t care about what their comments are," their spokesman tells TODAY.

In contrast to the extravagance of Britney ticket prices, IME SG's upcoming shows with G-Dragon and CNBLUE are far more affordable: S$268 being the highest standard ticket price for the former (S$368 for VIP), and S$288 for the latter.

For a millennial crowd — many of whom were impressionable children when singles like 'Toxic' and 'Oops, I Did It Again' were at the top of worldwide charts — they're mostly willing to pay half of what's priced by IME.

"As a young 20-something, I don't have enough money set aside for the fun & entertainment stuff. But it's just me," says a 22-year-old fan, who preferred to be unnamed. "Maybe other 20-somethings do have enough money. Also, with the age of social media, if I wanted to watch her up close, I could probably just watch a video online."

Lionel Ong, also aged 22, feels that at this stage of Britney's career, he'd rather pay the ticket price for another pop diva — but not for what you'd expect. "I will pay this price to watch Beyonce give birth, and higher to watch her perform," he says. "But not to watch Britney lip-sync."

Despite qualms over the prices, Britney's ongoing Asian tour has been well-received — our team in Manila was there to witness it, and one of Britney's many fans in attendance even claimed: "it reminded me why I love music and work in the industry."

Tickets may cost a bomb, but at least die-hard fans will get something out of it.

Check out what other major concerts are happening in Singapore this year.