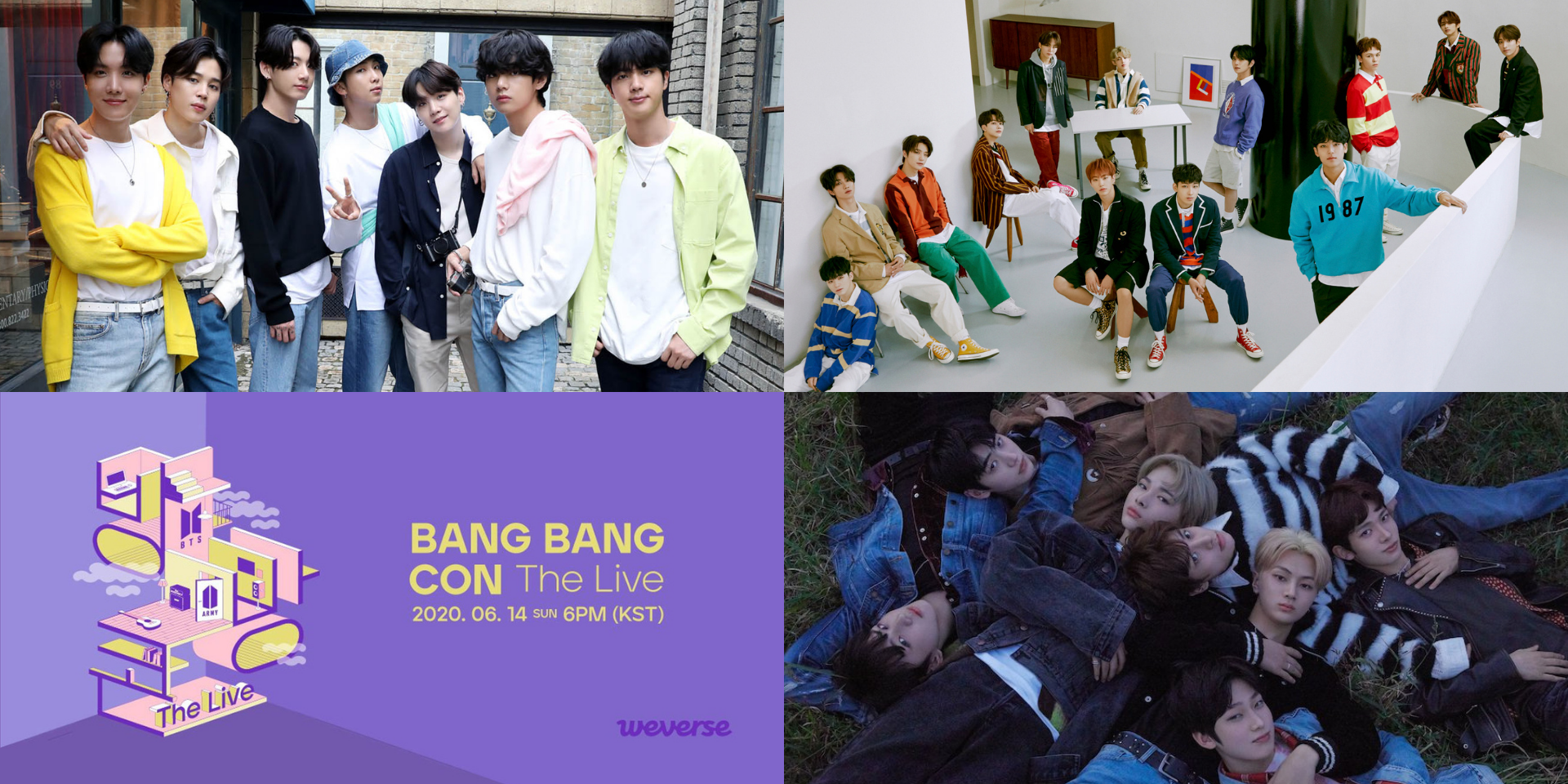 Weverse has unveiled their year-end recap of trending topics spanning from BTS to BANG BANG CON.

The “2020 Weverse fandom trend” includes the year's most popular hashtags, the days with most visitors, as well as fandom keywords on the global community platform. In a statement Weverse shared “Non-contact has become the norm due to the COVID-19 pandemic, and we could see that fan engagement has turned to a new approach through the patterns of the global fandom activities. As Weverse minimized the gap between the artists, fans and fandom communication in a non-contact era, we truly hope that next year it can provide services that support the offline fan activities as well.”

As of 20 December, Weverse has been installed 17 million times, and is currently home to 13 artist-fan communities including BTS, GFRIEND, TXT, SEVENTEEN, P1Harmony, Dreamcatcher, SUNMI, NU'EST, CL, Weeekly, and Gracie Abrams. With users in over 233 countries, the community is now 19.2 million strong with 117 million (and counting) posts on the platform.

#TO_BTS, letters by fans in response to the group's #DEAR_ARMY campaign owns the top spot as the year's most popular hashtag at 1.5 million. Coming in at second is BTS V's #TAEHYUNGSIGNATURECONTEST(the original hashtag was in Korean) which garnered 531,000 posts. In third place are #BangBangCon and #BangBangConTheLive which took place during the record-breaking concerts earlier this year with 262,000 posts. The 10-day #ENHYPEN_Challenge, which celebrates ENHYPEN's debut from BELIFT LAB'S I-LAND, comes in at 4th place with 254,000 posts. Rounding up the top 5 is SEVENTEEN's #SVT_SnapShoot where fans shared 133,000 posts with photos of the group.

BTS topped the Billboard Hot 100 chart with 'Dynamite' on 1 September which resulted in the biggest number of daily visitors for 2020. Meanwhile, the live broadcast of the I-LAND finale on 18 September came in at second, and in third was on 25 November when BTS was nominated for the 63rd GRAMMY Awards.

#Virtual_Concert, #Virtual_Communication, and #Original_Contents were the top themes in fandom engagement for the year. Aside from BTS' record-breaking MAP OF THE SOUL ON:E concert, roughly 334,000 combined posts were generated from the online events and concerts of GFRIEND, SEVENTEEN, and NU'EST.

Due to the COVID-19 pandemic, the artist-fan interactions were strengthened online. TOMORROW X TOGETHER’s community had over 40,000 posts with both artists and fans sharing photos with #OURSKY_byMOA. Fans and artists alike checked in on each other constantly and sent messages of hope with 100,000 posts of #StayStrong_Army and 25,000 reminders to keep safe with the #StayAtHomeChallenge.

Weverse is also the home of original content by its member artists with 147 types of original video content with a total of 3,601 videos this year. In 2020, the most-viewed Weverse content include BTS’ ‘BTS In the Soop’, TOMORROW X TOGETHER’s ‘T:Time’, ENHYPEN’s ‘I-LAND Video’,  SEVENTEEN’s ‘GOING SEVENTEEN’, GFRIEND’s ‘MEMORIA’, SUNMI’s ‘miya-IND’, HENRY’s ‘Henry's Carpool’, and P1Harmony's ‘CHOREOGRAPHY’.