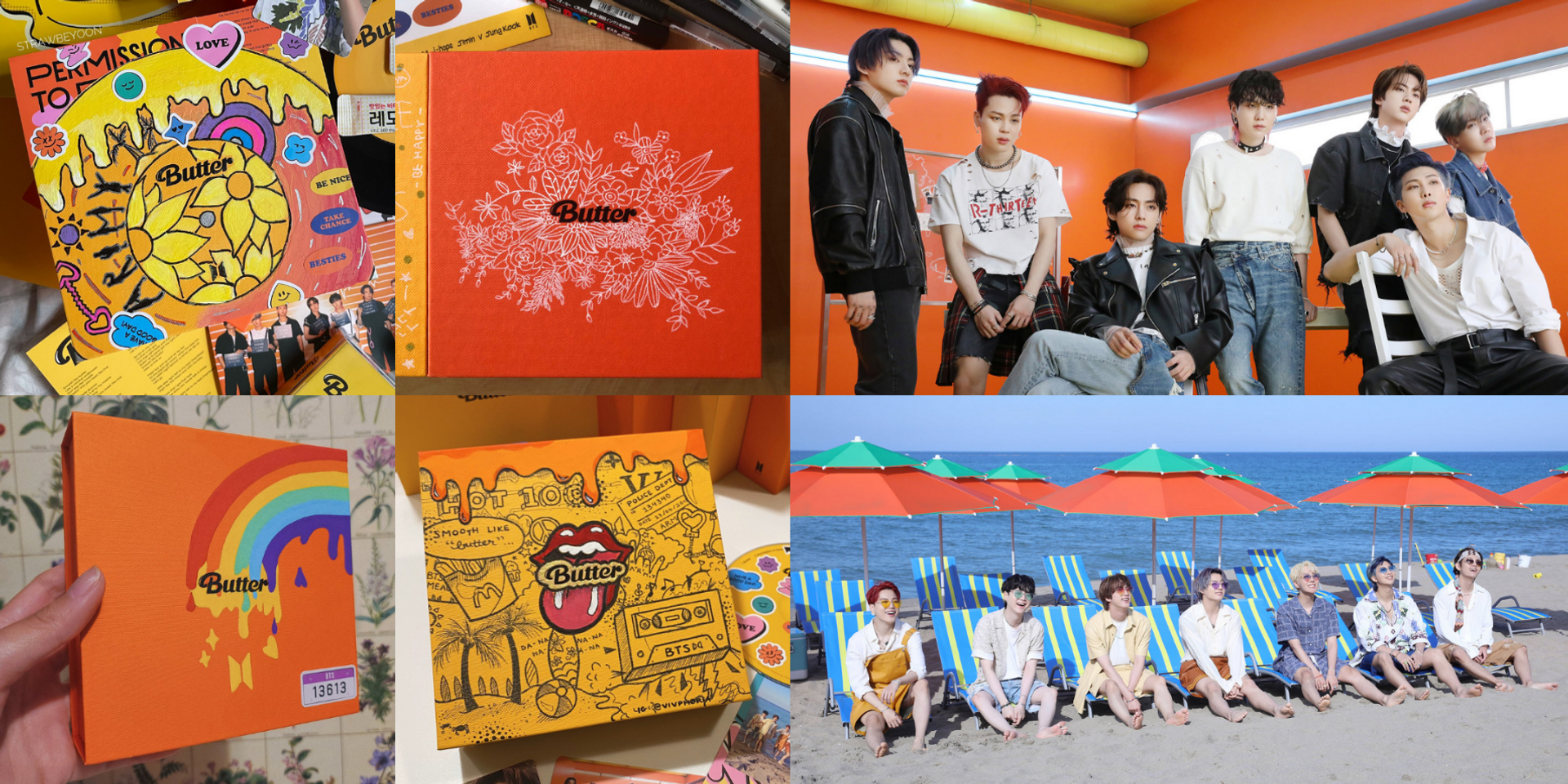 BTS are welcoming fans to give their new single album Butter a brand new superstar glow.

Over the weekend, the record-breaking 'Permission to Dance' act shared an unboxing video of the 2-track single CD, complete with a fun art workshop where the members doodled on their copies of Butter with paint markers and stickers.

The box of the single CD, which comes in two versions: "Peaches" and "Cream", is made with a clean matte material with the 'Butter' logo right in the middle, giving fans all the space they need to design and decorate to their heart's content. 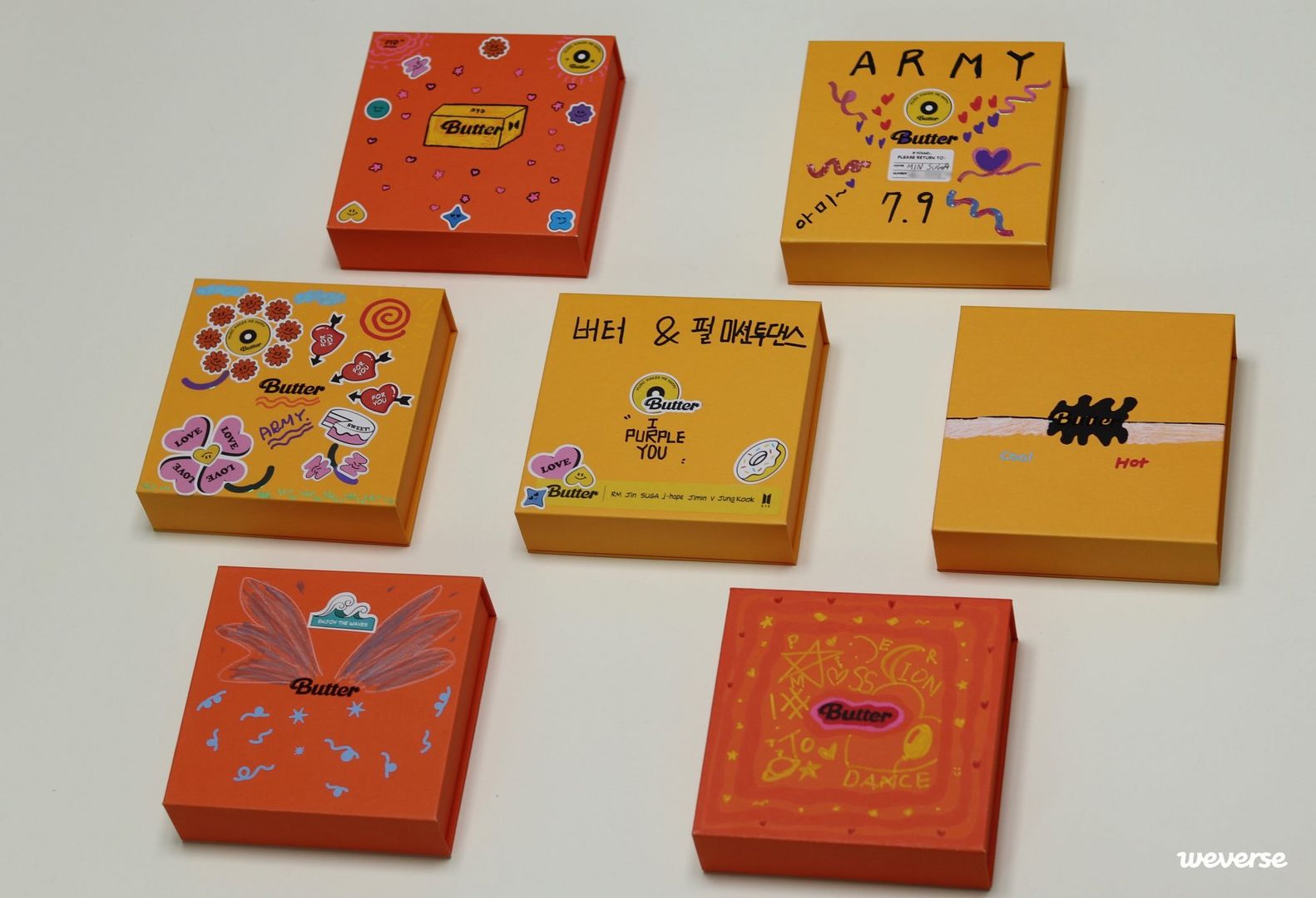 "Doesn't matter if you don't have 'magic hands'", Weverse write in a statement to invite fans to share their artwork on social media with the hashtag #BUTTER_ALBUM DECORATION. "It's just PERFECT the way it is if you added a spoonful of love and earnestness!"

'Butter' is currently on its 7th week at No. 1 on the Billboard Hot 100 since its May 2021 release and has become the first song to sell over 1 million pure copies in the U.S. this year. Its CD single has sold over 1.7 million physical copies at launch day and is now the best-selling 2021 album on Hanteo. Meanwhile, 'Permission To Dance' also just made the second-biggest debut on the Spotify counter.

Check out some of ARMY's awesome takes of a brand new Butter album cover below.

so i uhm tried to decorate my album since i have so many on the way l o l #BUTTER_ALBUM_DECORATION pic.twitter.com/OxhFKmseEN

this took soooo long 😭 but I’m pretty happy with how it turned out! #BUTTER_ALBUM_DECORATION #butter_deco_challenge pic.twitter.com/eoA8ZPPDFM

So uh, I drew on my album 🕺🕺🕺 pic.twitter.com/w5cebKSUMU

Butter is available in two versions: Peaches and Cream. The CD single includes the following:

Check out BTS' visuals for 'Butter' and 'Permission to Dance' below.