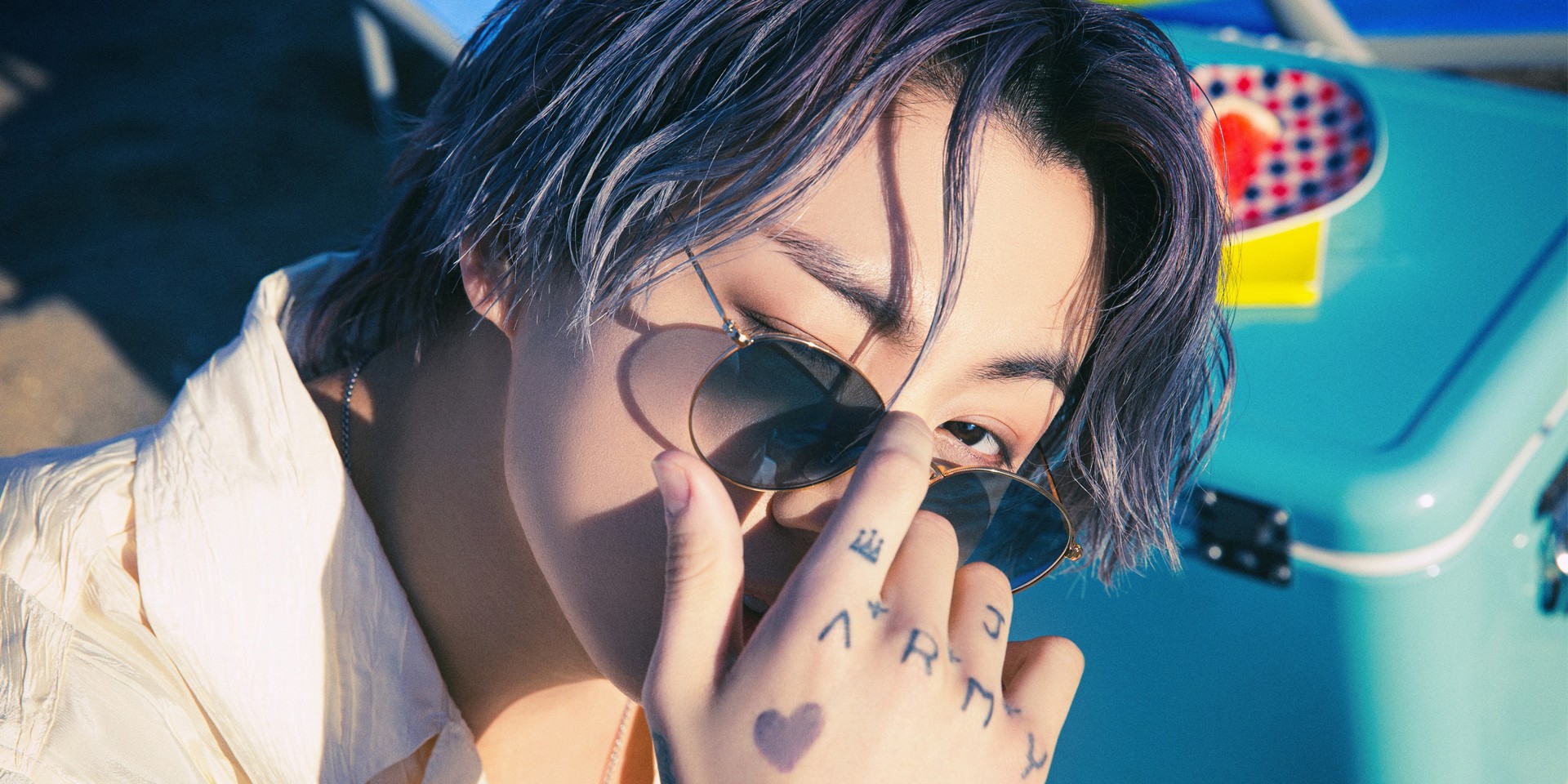 BTS ARMYs are throwing a worldwide party for their Golden Maknae, Jeon Jungkook.

The youngest member of BTS celebrates his 24th birthday on September 1 (Wednesday) and fans across the globe have been prepping over the past few days by going big with gifts through donation drives, animal adoptions, massive LED billboards, and so much more. Of course, these gestures aren't requests from Jungkook, but rather are ways fans celebrate his warm heart and generosity by giving back to others.

Check out some of the projects—from bus stop designs, donation efforts for kids in need, to animal adoptions—set up by ARMYs all around the world:

There's no better place than in front of the HYBE building in Seoul, Korea to show love for Jungkook. Buses and bus shelters in the area have the multi-talented singer's face plastered on them, giving fans a special spark of happiness this week.

Our bus shelter for Jungkook in front of Hybe is now up! Ready for 1Sep 💗💐✨ pic.twitter.com/FEE5QDwLMk

In Ukraine, fans bought out space on massive LED billboards to share clips of the BTS singer from music videos and performances.

With the help of fellow Filipino ARMYs, Jungkook Intl Support Team donated meals, goodie bags, and hygiene kits to children in the Philippines. They also distributed face masks to Our Lady of Fatima Parish in Pasay City.

-Kuya means older brother. 🥺
Before this, I asked them if they knew who's birthday we are celebrating that day. Guess what, that little boy (2nd kid from the left side) answered me saying it's Jungkook! 😭 I'm speechless. 🥺😭 https://t.co/SQaIxVDXrj pic.twitter.com/iHCBTeWycY

Instead of booking billboard space along EDSA (considering the pandemic and all), Filipino fans pitched in for special ads to announce Jungkook's birthday via TikTok.

- due to current quarantine status in PH, instead of a billboard ad along EDSA, we have placed a birthday video ad on Tiktok to play all day on September 1 in KR and PH pic.twitter.com/TlOWxCkRkn

Over in Indonesia, 4,000 sea turtles were adopted and released back to the sea. Another fan adopted a baby orangutan under Jungkook's name as a birthday gift.

haloo, i adopted this cute orangutan under Jeon Jungkook's name as his birthday gift <3 pic.twitter.com/dzij5hkWqk

Indonesian armys adopted 4000 sea turtles for Jungkook's birthday and they released the sea turtles back in the sea 🥺 these projects are so heart-warming and beautiful, Jungkook would be so happy if he saw this pic.twitter.com/OoyiJXxzTh

Vietnam-based fans donated 20,000,000 VND to the Blue Dragon Children's Foundation, under the name Jungkook Fans, to give children and families in crisis a chance for a better life.

To celebrate Jungkook’s 25th birthday, we donated 20.000.000VND for Blue Dragon Children’s Foundation to help children and families in crisis having a better life pic.twitter.com/L7vi2Oqzmt

A sweet little cafe in Toronto is home to the 2021 Jungkook Day Cafe Event, where fans can gather (but of course practice proper physical distancing etiquette) and enjoy drinks and JK swag.

A reminder that tomorrow we start our cafe event! The gifts arrived and they're so pretty 💛

Please note: the bigger poster will be FIRST COME FIRST SERVE. It's an additional gift.

A LED panel was set up outside the CC Mall Plaza Cayma and Hotel Paititi in Peru to share the word of Jungkook's birthday.

One in an ARMY, a fundraising initiative run by ARMY volunteers, has raised 23,606 USD (so far) in support of Usikimye, an organization that puts a stand against sexual and gender-based violence in Kenya.

💜”Though our footsteps may be out of step, I want to walk this path with you, Still with you”.💜

Hand in hand, we walk together for #BreakTheSilenceWithJK.