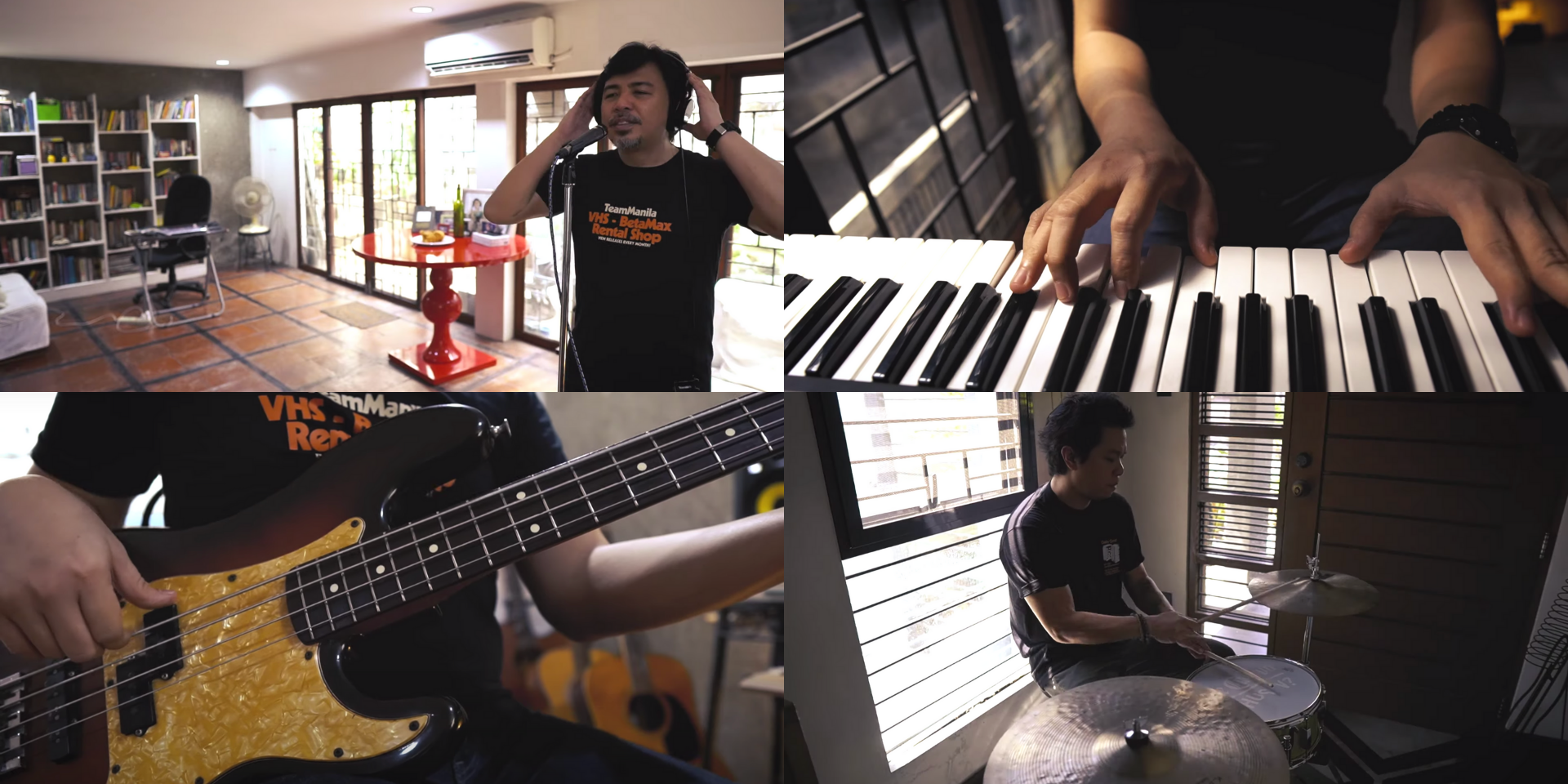 Buddy Zabala and Raymund Marasigan got together virtually as Ultracombo for another performance from their own homes.

On Monday (06/15), Marasigan premiered a new live performance video with Zabala for 'Tama Ka,' from the Eraserheads' sixth studio album, Natin99. For their remote recording, the Sandwich frontman took over drums, while Zabala played guitar, bass, and keys.1

tune in i’ll come in a bit early to chat📺https://t.co/XgqUKwM5P5 pic.twitter.com/8Dypf9sPYL

The track, which features Zabala on vocals, was also co-written by his wife, Earnest.

1 A previous version of this article attributed keys to Marasigan instead of Zabala. It has since been amended.