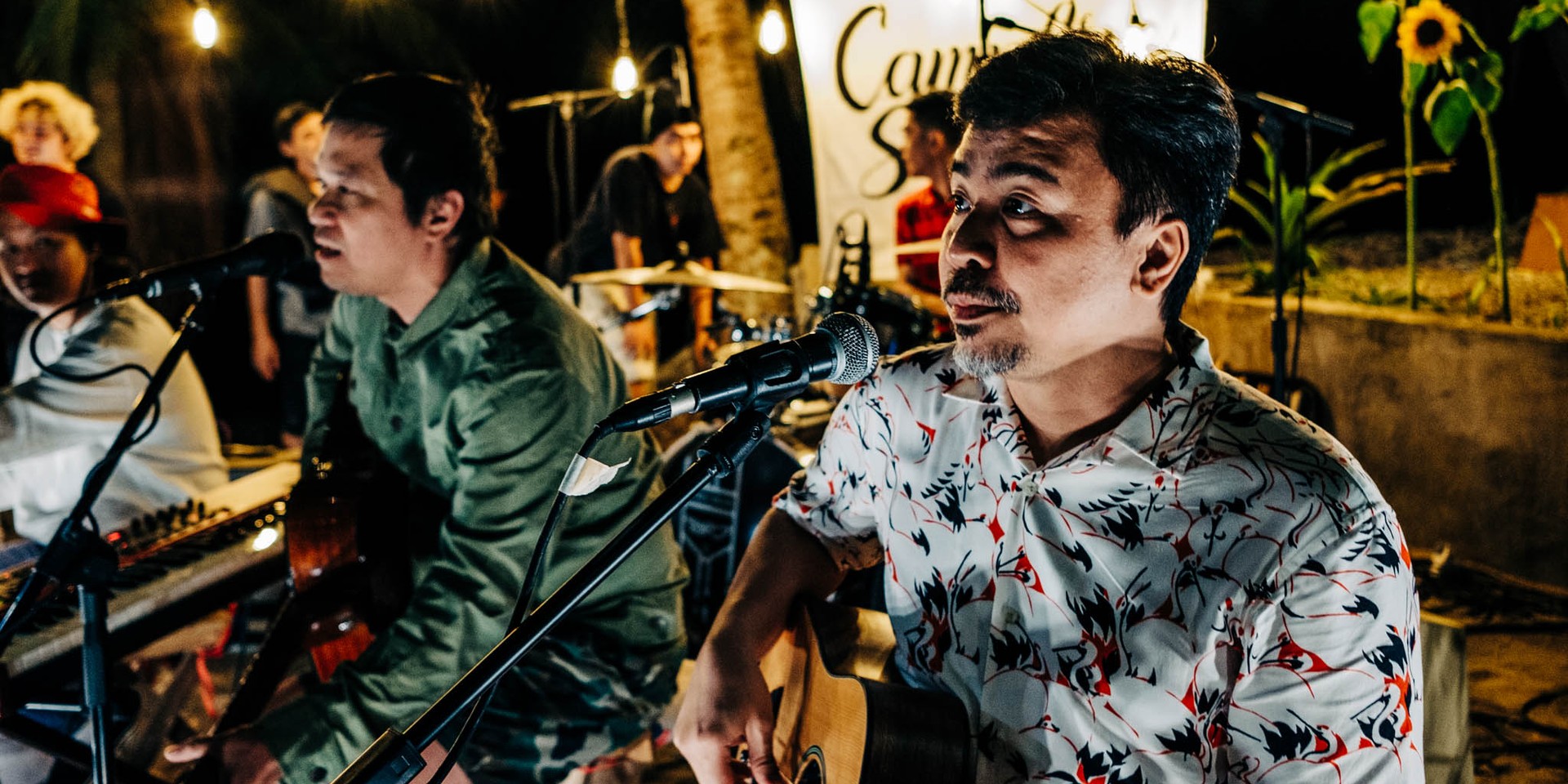 Buddy Zabala and Raymund Marasigan asked each other on Monday (05/11) afternoon when they got together as ULTRACOMBO for a Velvet Live jam. The duo spent the 1 and 1/2 hour set taking turns doing vocal duties and performing songs by their first band together, the Eraserheads, sharing what keeps them busy while in lockdown, talking about the Netflix series, The Last Dance, giving shoutouts to their friends and relatives, answering a couple of fan questions, giving aspiring musicians advice, and showing each other their merienda.

Aside from asking viewers to donate for the COVID-19 relief, they also gave thanks to our Filipino frontliners, both here and abroad. Buddy encouraged viewers to "Do your best, because our frontliners are doing their best too."

In between songs, the pair talked about their musical journey starting with how they met in UP Diliman in 1988. "We were freshmen... sa Kalayaan [Residence Hall]", Buddy said. "Yun yung dormitory for freshmen UP students na galing sa probinsya," he added.

"We had a band! The name of the band is Curfew," Raymund recalled of their fellow Kalayaan Hall residents. "We used to play new wave covers. That was right before the 'Heads."

"I let it go for good. I was hoping na bumalik siya, magpakita. May nasasagap akong balita na nasa pawn shop, or binenta sa isang musician. But never na nagparamdam, never na nagpakita 'to," Buddy continues. "Then about 2 or 3 years ago, may nag-message. May nag-DM sa Instagram. Nagpadala pa ng pictures. Sabi nya, "Sir Buds, sa inyo ba 'tong bass na 'to?". Sabi ko, "Yes!" And it's been more than a decade. So I went out on a limb, sabi ko, "Can I have it back?" Sabi nya, "Yes, I'm just at work. Magkita tayo tonight. Ibibigay ko yung bass."

Buddy thanked Arvil, the "very kindhearted and generous guy" who bought Buddy's bass from a pawnshop about a decade ago.

"Oo nga pala, this is the [Ang Huling] 'El Bimbo' bass. In the [music] video," Buddy added as an afterthought.

Raymund, who has 2 signature guitars under Filipino guitar company D&D Guitars asked, "You have a bass coming out right? "I'll have a D&D bass based on this one, ito yung feel. Ito yung DNA nya," Buddy told Raymund. He also shared that his signature bass will be called the Luna.

They went further down their musical timelines, touching on Buddy's 10-year run with The Dawn and short stint with Hilera, as well as how he ended up with his current band, Moonstar88.

It was Raymund's turn to share about what he's been up to with his numerous bands and musical projects over the years - Sandwich, Pedicab, Assembly Generals, Squid9, Basement Lung. Instead of going into detail about his bands, he revealed, "I think what I learned after the 'Heads was we were too young — masyado tayong bata that we forgot to take care of each other." Referring to the constant clamor for an Eraserheads reunion, Raymund shared, "I know a lot of people are asking why we can't get the four of us here, and the honest answer is, we can't get along."

"We can't get along with prayer and a song," Buddy added.