The second phase of Hydeout: The Prelude is officially underway and it is set to host a slew of exciting performances throughout April.

Hydeout: The Prelude Phase Two commenced on 11 April with a special takeover by Canadian electronic label Monstercat. The event featured on-location performances by artists such as Pixel Terror, Sullivan King, Habstrakt, and KTN. 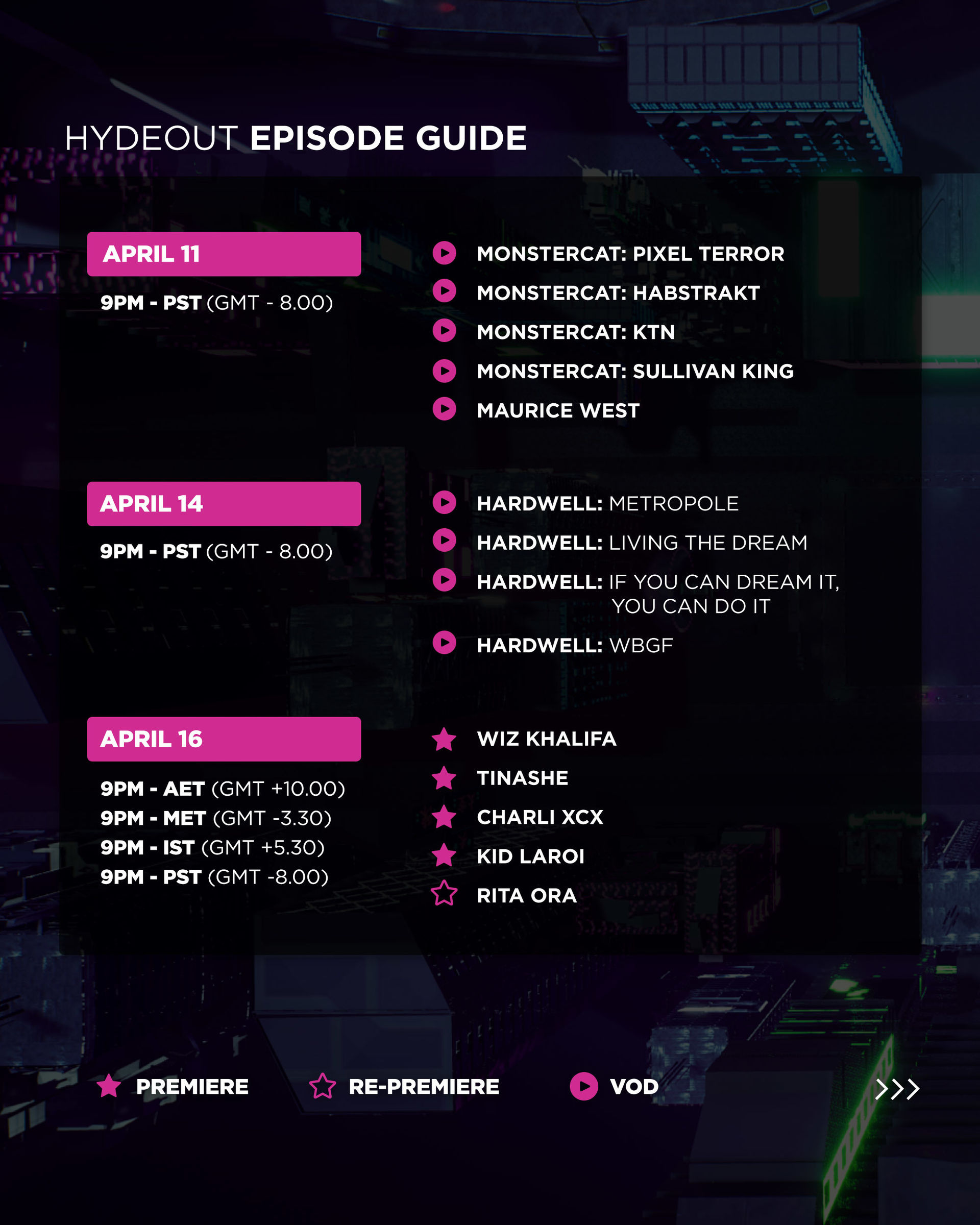 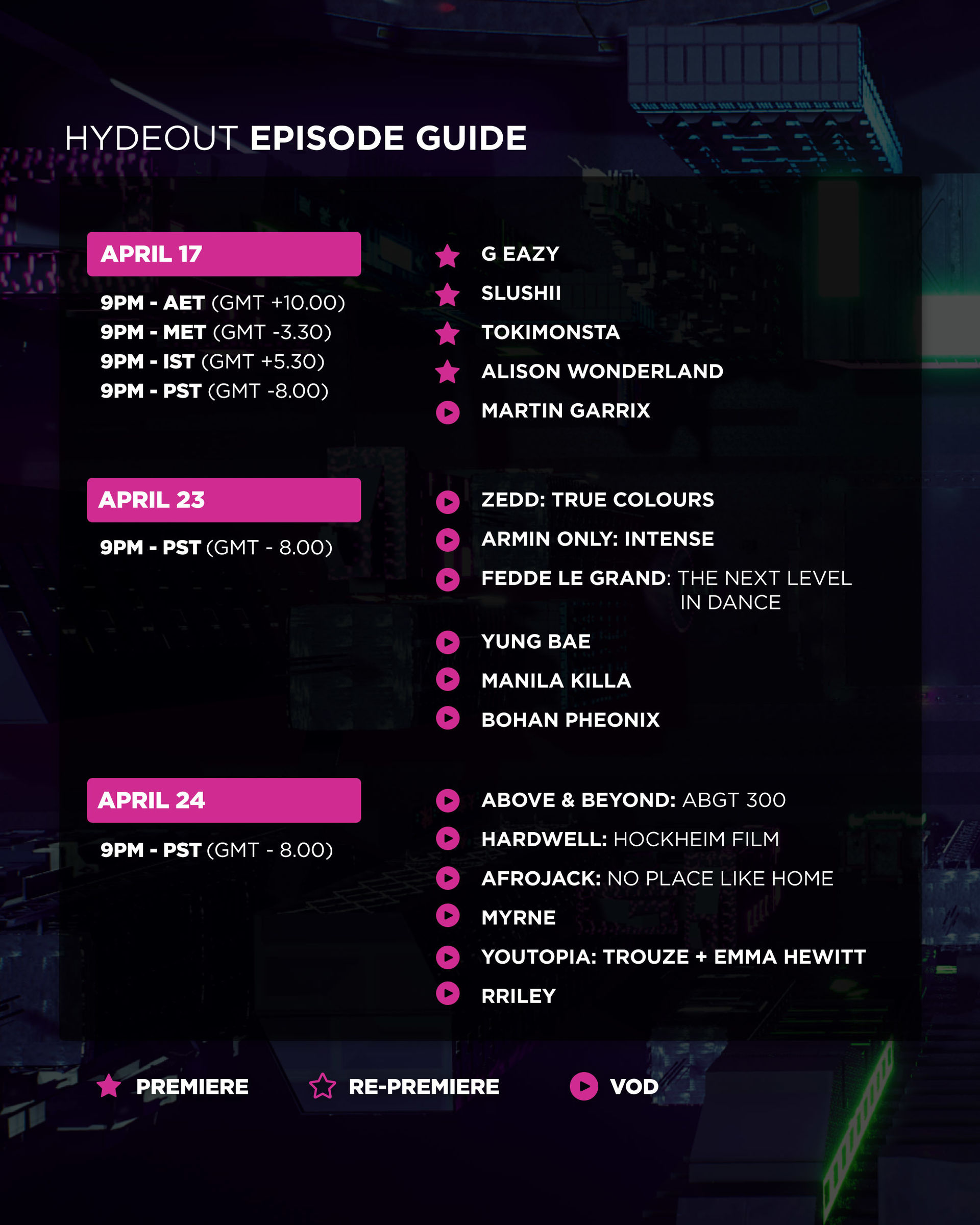 Originally meant to be a live music festival held at Singapore's Gardens By The Bay in October 2020, Hydeout was converted into a fully virtual event following the outbreak of the COVID-19 pandemic.

Since its launch in January 2021, Hydeout: The Prelude has hosted artists such as Rita Ora, Martin Garrix, and Don Diablo, who performed across six immersive virtual environments. Additionally, through the Hydeout platform, fans have been able to participate in mini-games and even customise their own avatars. 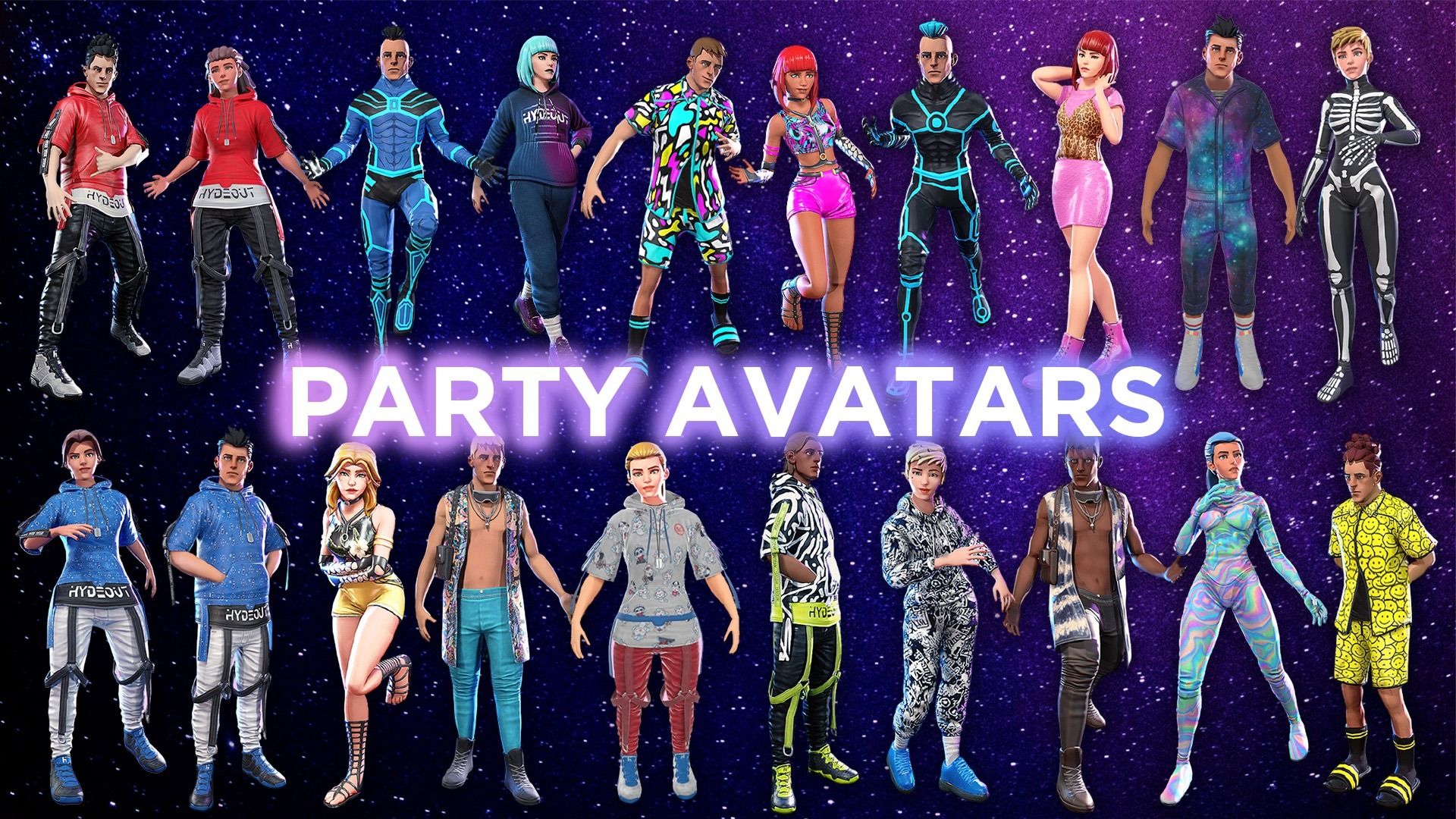 Fans can opt to purchase a Season Pass (US$49.90), which grants access to over 40 episodes (including episodes featuring Wiz Khalifa, Kid Laroi, Charli XCX, G-Eazy, and Tokimonsta), a personalised avatar, and access to games, or a Pay As You Go Pass, which allows them to access individual shows from US$5 to US$10 each.