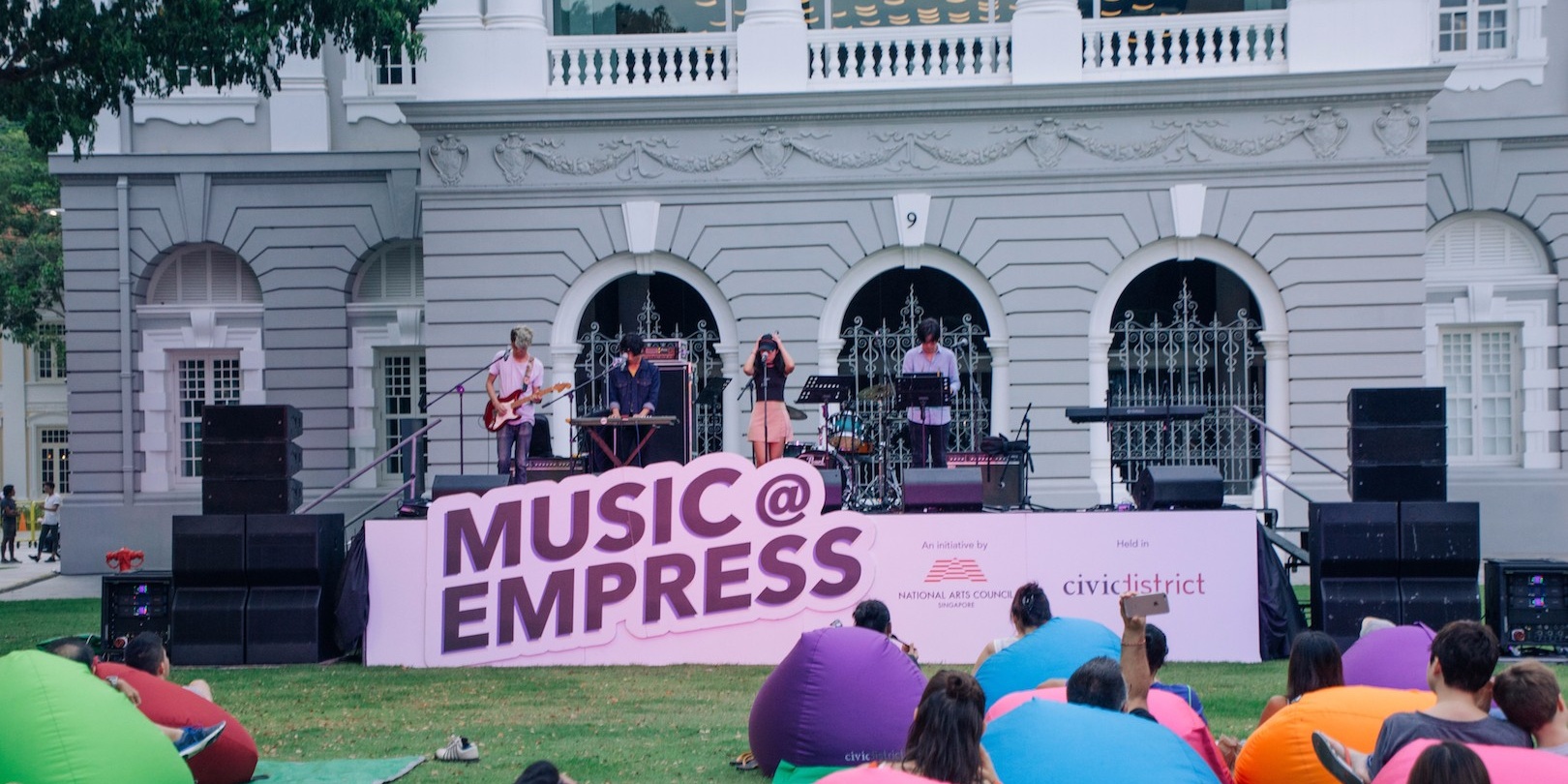 The Civic District is Singapore's historical, architectural, and culture centrepiece. Interestingly enough, the area has evolved — over time, art has taken a firm hold of the area, and it only seems to be getting stronger.

The area is replete with historic buildings, which used to play important roles in the Singapore of yesteryear — and many of these buildings have since been refurbished to become artistic institutions. While the Victoria Theatre & Victoria Concert Hall (VTVCH) have played host to the echoes of music within its hallowed halls for decades, the new National Gallery Singapore, situated in the Former Supreme Court and City Hall, opened its doors in late 2015, and The Arts House used to be the Old Parliament House.

Given the plethora of music venues, there has been a multitude of gigs that happening in the area. The better-known ones include events in the Victoria Concert Hall, often put up by the Singapore Symphony Orchestra (SSO), and events that take place in the Esplanade and its peripheral venues, like the Esplanade Annexe Studio, which has been the premier choice of recent gigs — from KittyWu Records' anniversary party to the launch of sub:shaman's artful debut album Apnea.

Music @ Empress is the newest regular gig that has been added to the illustrious district’s roster. The area in front of VTVCH, also known as Empress Lawn, was transformed into a music venue (not for the first or last time) on May 27th, and featured the likes of many Singaporean artists who were given a stage to perform to large crowds, raising the profile of home-grown music further.

With the hype surrounding this event, we had to the opportunity to experience the terminally chill festivities on the 27th of May, which went in the way of a cosy afternoon for families, rather than the outward jubilance that comes with your average music event.

This article is presented by the National Arts Council. 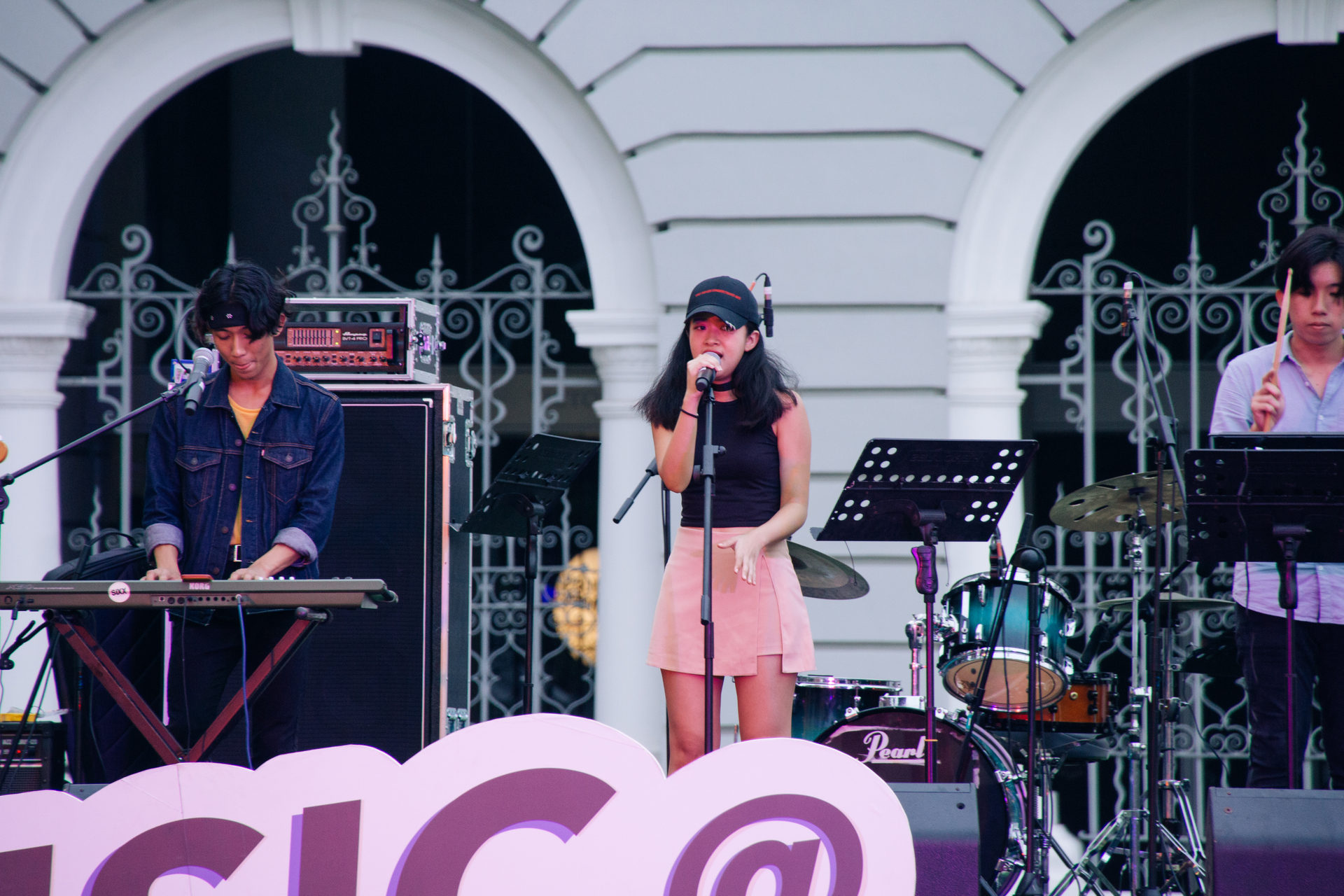 As the sun set over the Civic District, singer-songwriter Ken Loh went to work entertaining the audience with his mellifluous voice and a combination of originals and covers.

Disco Hue (pictured above) showcased their playful side as they delivered a light-hearted rendition of Jonas' Brother's 'S.O.S' to close their set. JAWN, who's better known as a one-man show with his trusty guitar, betrayed expectations with a six-piece band, playing songs from his upcoming album due to drop sometime next year. 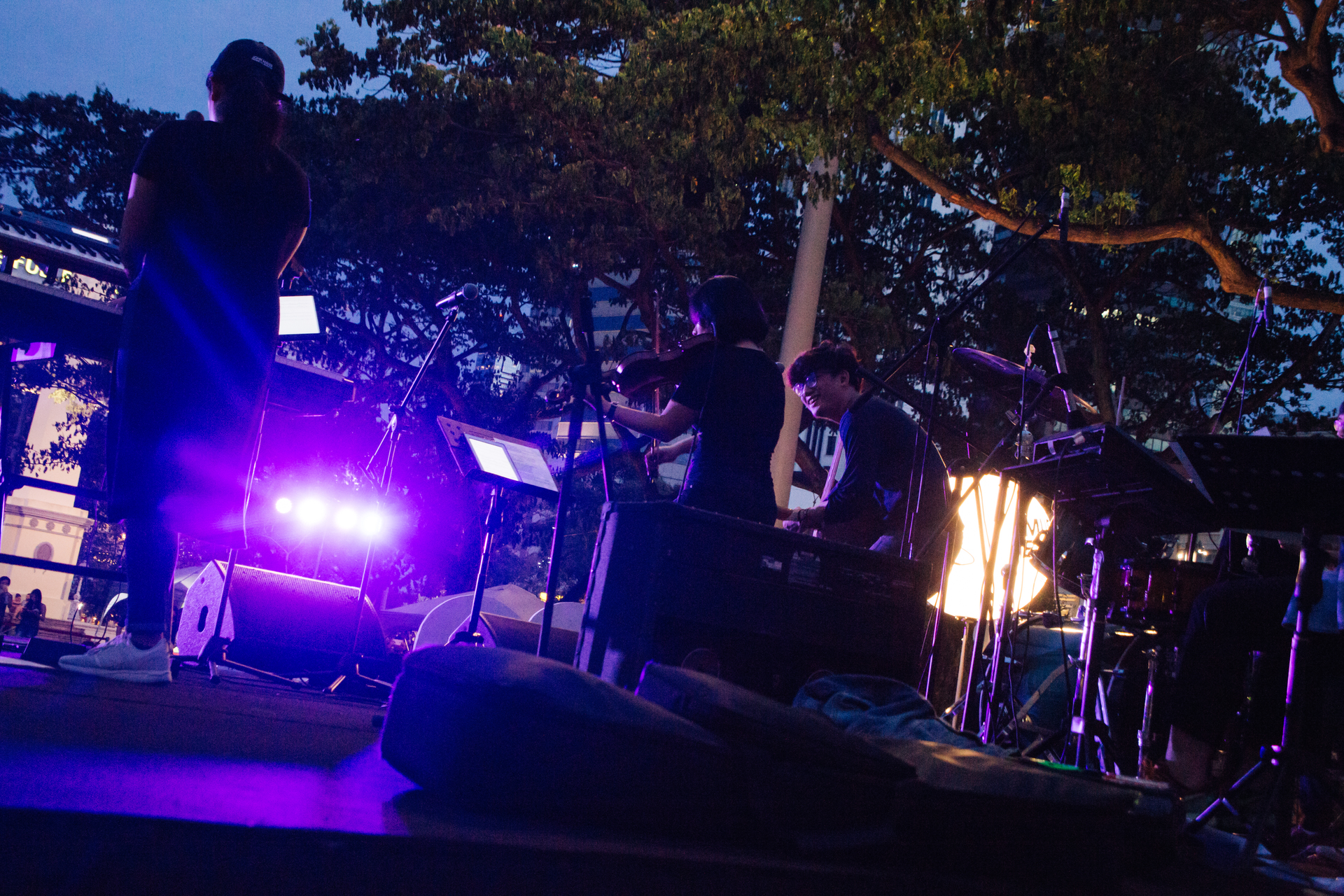 Not only was it a treat for audiences present, but the new garden stage that Empress offers was clearly not an ordinary gig for everyone involved. When asked about the opportunity to perform, the artists were thankful — Loh (below) for being able to share the stage with Disco Hue and JAWN ("Wah, honoured."), Disco Hue for having a visually stunning location to play at a time where the number of music venues has been on the decline ("[It's] a pretty sick stage, the backdrop is damn good. I mean, where else can you get this?"), and JAWN (above) for the opportunity to play music with his new found band ("It gave me the space and opportunity to play with my band as well, which is something I always cherish. I’m really happy right now that we’re pulled the set off and I have a six-piece band and we’re all just having fun.")

It gave me the space and opportunity to play with my band as well, which is something I always cherish. I'm really happy right now, that we've pulled the set off and I have a 6-piece band and we're all just having fun."

- Jawn Chan, on the opportunity Music @ Empress gives him

They all cite increasing local support across the board for such advances — 2 to 3 years ago, one would've struggled to even conceptualize something like what's happening at Empress Lawn on a monthly basis.

Today, a good number of people make the sojourn into town to catch good music: JAWN himself confessed that he "was quite surprised at the turnout especially since it rained earlier [that day]. It’s a lazy Saturday and it’s fasting month so [he] didn’t expect people to come out."

No matter the turnout, JAWN takes any gig as an unrivalled opportunity to connect with music lovers. "I know what I wanted to do was just to do my own thing and like make sure I put on the best show I can in the way I know how to. Whatever comes after it happens. I’ve done my part. It’s not about singing anymore, it’s about talking to people." 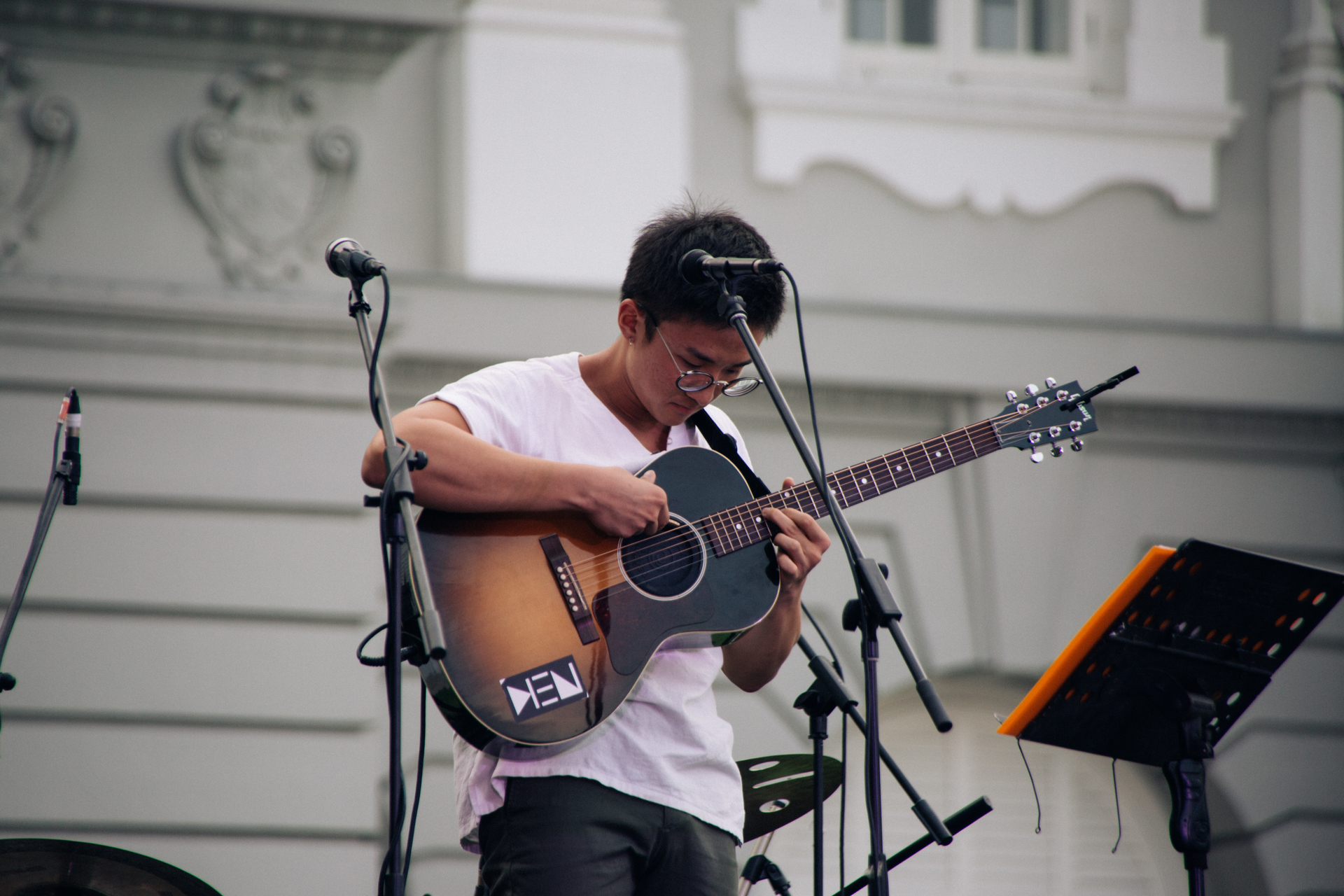 Nevertheless, all of them agree that there is more that we can do to capitalize on this good start, and to accelerate the trend of the past 2-3 years. JAWN probably summarized it the best — to him, it's all about "changing consumption patterns. Audience development is number one."

Ultimately, it's about bringing stages to the audiences — Music @ Empress is yet another excellent opportunity for musicians to show that the Singaporean scene has some great talent worth appreciating. Next month, another set of fantastic musicians will step up to the mantle.

Music @ Empress is a free, monthly concert held on every last Saturday of the month at the Empress Lawn, which is right in front of Victoria Theatre and Victoria Concert Hall. The next concert will be held on the 24 June 2017 (24/06).

Note: This concert series will be taking a 3 month break from July - September, but do look out for the Civic District's outdoor festival in August. For more information, check out their Facebook page.