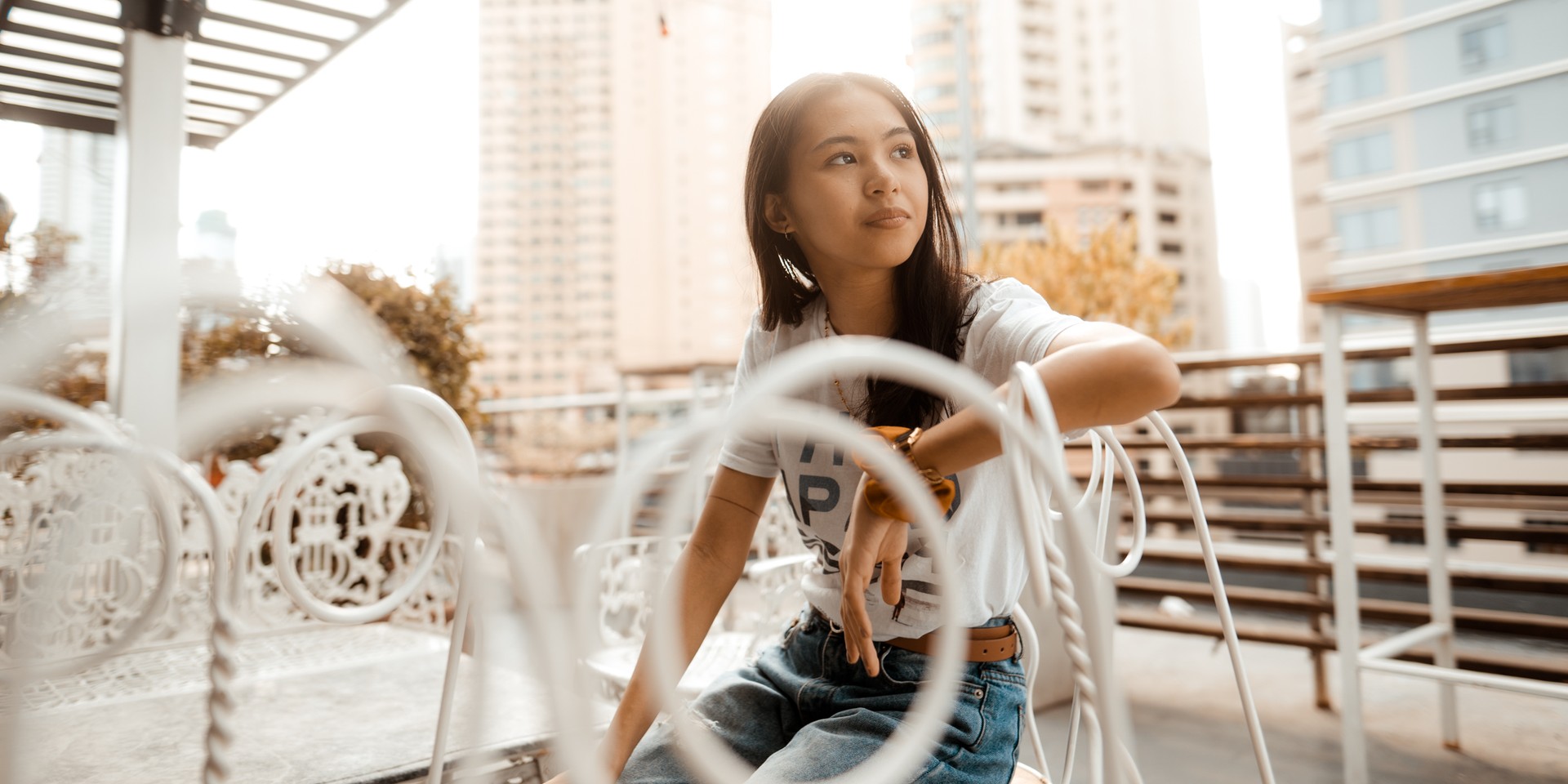 Clara Benin has shared her soul and her inner most self with the release of her latest EP I Rose Up Slowly.

The Filipina singer-songwriter offers five tracks with I Rose Up Slowly, including 'Wrestle' and 'Tightrope,' and pushes out of her comfort zone to deliver her most personal songs to date. Through her lyrics (with some starting off as poetry), she tackles her greatest fears and social anxiety and comes out more liberated than ever.

Bandwagon sat down with Clara Benin to run through the tracks off her latest independently released EP.

It's called 'Airplane Mode' and it's about that setting on your phone—you switch it on and you don't have access to the internet and you can't text people.

I don't have a fear of flying, but I know someone who does. He has a really, really big fear of flying. He gets big anxiety every time he's on a plane. I sort of wrote that song about him. You know when you're on the plane, you don't know what's going to happen. You don't know if it's gonna crash and you're so far from family or whoever.

This song is about anxiety—not just when you're on the plane, but just in general. When we have anxiety, we don't know what's going to happen next. We just drown ourselves with all these negative thoughts.

I can super relate to that fear of flying, but mine is more of a fear of living or social anxiety, which is very common also. A lot of people have it. It's about the anxiety of life and sometimes we just have to switch on airplane mode, meditate, and breathe. 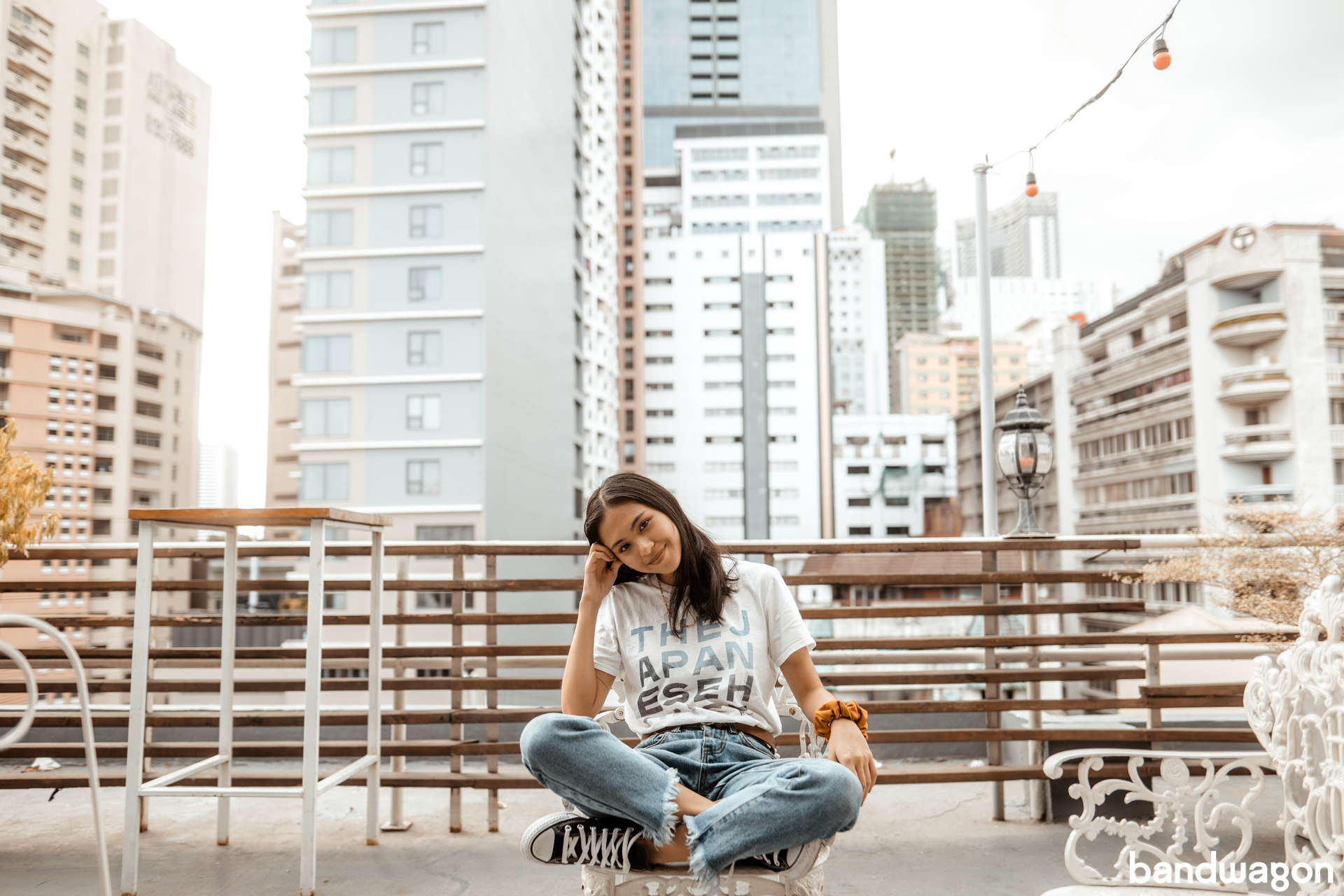 'Tightrope' is actually a very old song that I wrote. It felt very fitting for this EP and I'd always wanted to release it, I just didn't know how.

'Tightrope' is that moment before you go into something big. It can be a relationship, it can be a new job or school, or just something you're about to dive into. It's that small moment of doubt that you feel, like when you're just, "Wait lang, kaya ko ba 'to?" or "Can this person handle me and all my flaws and mistakes? Will he be to handle me or just leave me bigla?"

At the end of the song, there's redemption. I think the first half is you doubting yourself in the situation and the second half is you trying to convince yourself na, "Okay, maybe this is worth it."

I actually released this last year as a single. I think after I wrote this song, I felt sort of liberated. It's the song that made me want to create this EP. It made me want to write more songs like this.

It's about finding your identity and content with who you are, where you are, and just accepting yourself fully where you are in the present, the here and the now. 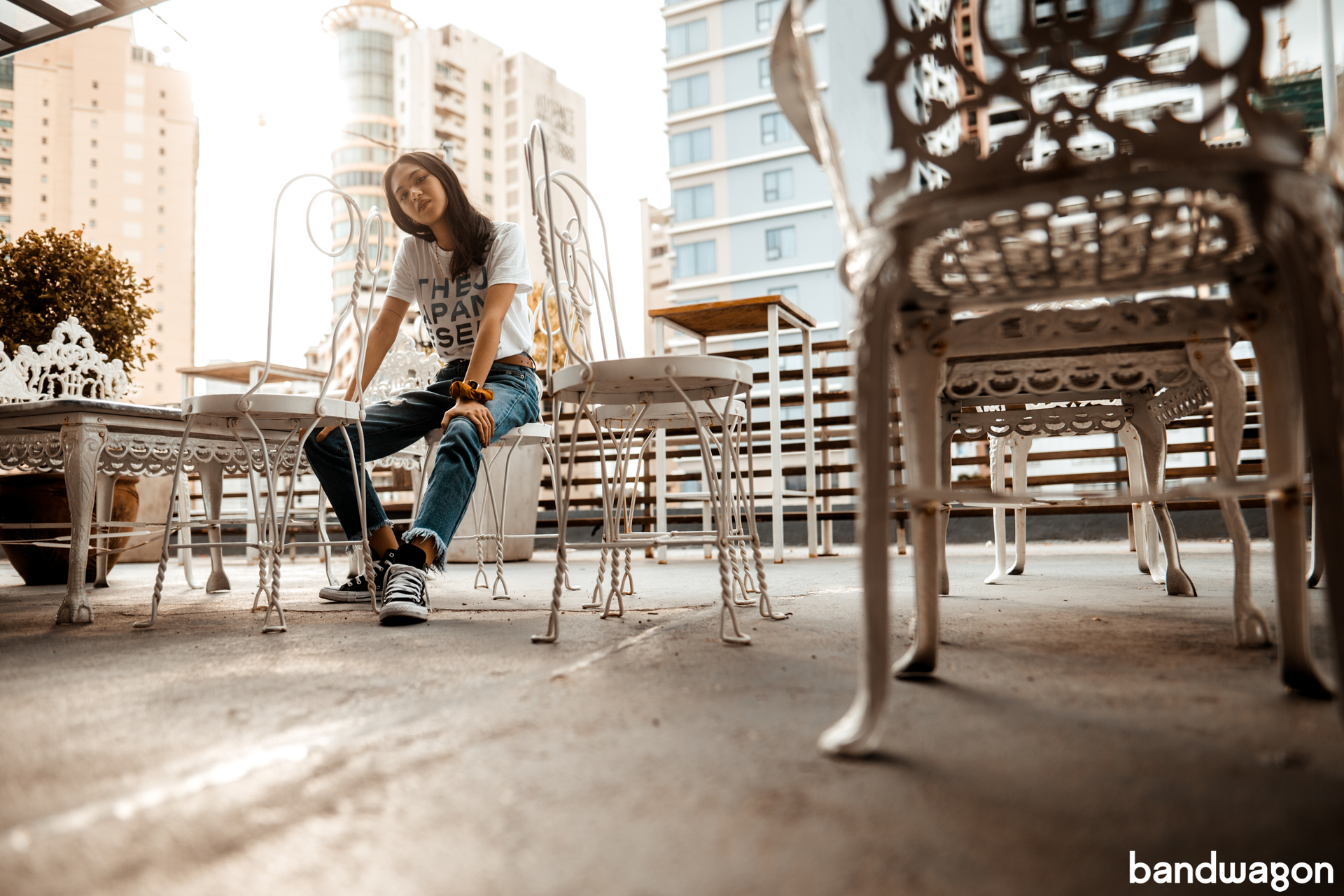 'I Rose Up Slowly'

This is my most personal song. It's actually the title of the EP. It's about just choosing yourself and choosing to rise up every time you fall.

The chorus goes "I rose up slowly, I came to know me." And that's something I realized that every time I choose myself and choose to stand up, rise up, I get to know myself know. In that moment of just saying yes to yourself and cheering yourself on, you remember the things that matter to you like your family and friends. There's just so much to live for and I remind myself of those things when I write something.

This is the last track and I feel like it's very different from the other tracks. It's the most upbeat one.

I actually recorded this whole EP with Nick Lazaro. He's amazing and he produced the EP. 'Cause my previous EP, which I released four years ago, I produced by myself—well I had some help from my friends—but mainly it was just me producing and arranging. And I had a really hard time.

Nick helped me out a lot. He's such a genius. He's very blunt. Whenever I'd have ideas, he's tell me it's baduy and he'd share his ideas, and they're so much better than what I was thinking. It was really fun working with him. Here I feel that he really understood what I wanted also.

Shot on location at Tanaw