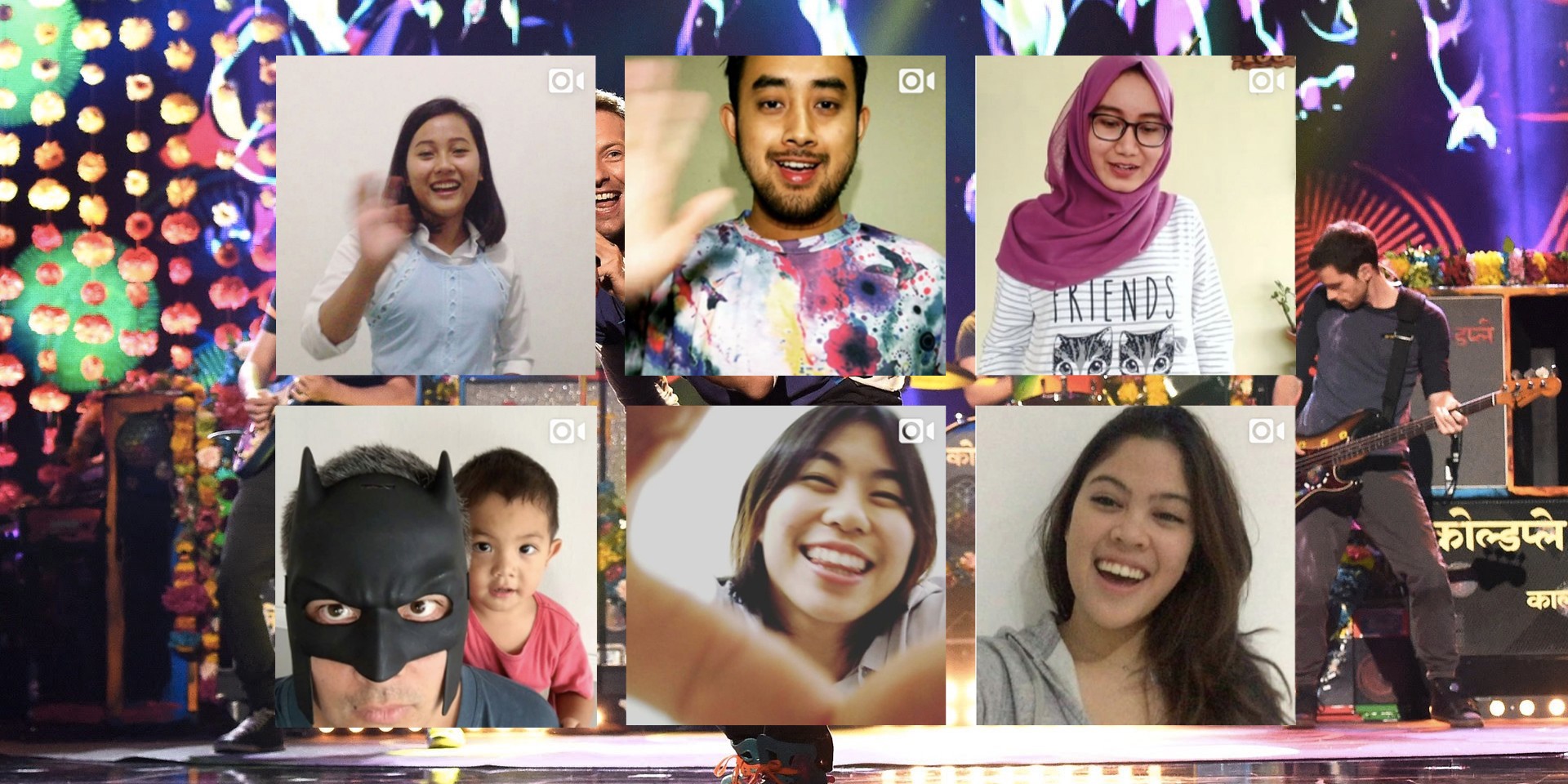 There are a lot of Coldplay fans in Singapore and the region, in case the ticket count isn't enough to prove it (close to 100,000 seats over two nights, by the way.)

Recently, Coldplay announced an initiative that would allow fans to request songs that will be played in their upcoming Southeast Asian tour, which includes shows in Singapore, Manila, and Bangkok, along with a mainland tour in Tokyo, Taipei and Seoul. The band will be performing two nights in Singapore: March 31st and April 1st.

The announcement was only made a week ago, but there have already been a flurry of requests on Instagram, using the appropriate city hashtag.

Like this fan, who — like many others — will be heading down to Singapore from Indonesia, using the hashtag #SingaporeRequest:

too excited and can't wait to got shiver on 31st march in singapore!! it will be my amazing day ever🙌🏼 @coldplay #singaporeRequest #shiver

Turns out she's not the only fan of 'Shiver', the Jeff Buckley-influenced track from their 2000 debut album Parachutes:

#SingaporeRequest Please sing it loud and clear, I will always be waiting for you @coldplay!! 1st April, Singapore • #SHIVER 👏🏻 #TooExcited #MyUltimateHeartbreaksAnthem #MyPrecious15secs 😂😂😂😂😂😂

@coldplay #Shiver for the win! #SingaporeRequest #1stApril It's the very first song that makes me fall in love with coldplay 💙💛

While A Head Full Of Dreams and Mylo Xyloto have been the band's most popular albums, this particular fan really wants to see them perform 'Violet Hill', off their 2008 album Viva La Vida and Death And All His Friends:

Notice me, coldplay!! <3 Love the last line from your Violet Hill, can't wait to be there on 1st day of April! Big fan of yours since 9 and will continue to be. @coldplay #coldplay #SingaporeRequest #violethill

Or how about radio DJ Shan Wee, channeling his inner BatDad, to request a real deep cut off the same period — 'Lovers In Japan', off the same album.

But the post that we hope would reach Coldplay is an entry by a fan from the Philippines, who's requesting the song 'O' in remembrance of her late father.

It's my first time to watch one of my all time favorite bands live and I will not miss my chance to request @coldplay to play #O live on their April 1 concert in Singapore. Please universe 🙏🏻 #SingaporeRequest #coldplay

Other requests include 'Sparks', 'Charlie Brown', 'Strawberry Swing', 'Warning Sign', 'Spies', 'Lost', but there's no doubt Coldplay will deliver a setlist with plenty of fan favourites.

But out of these requests, which song choice do you agree with?