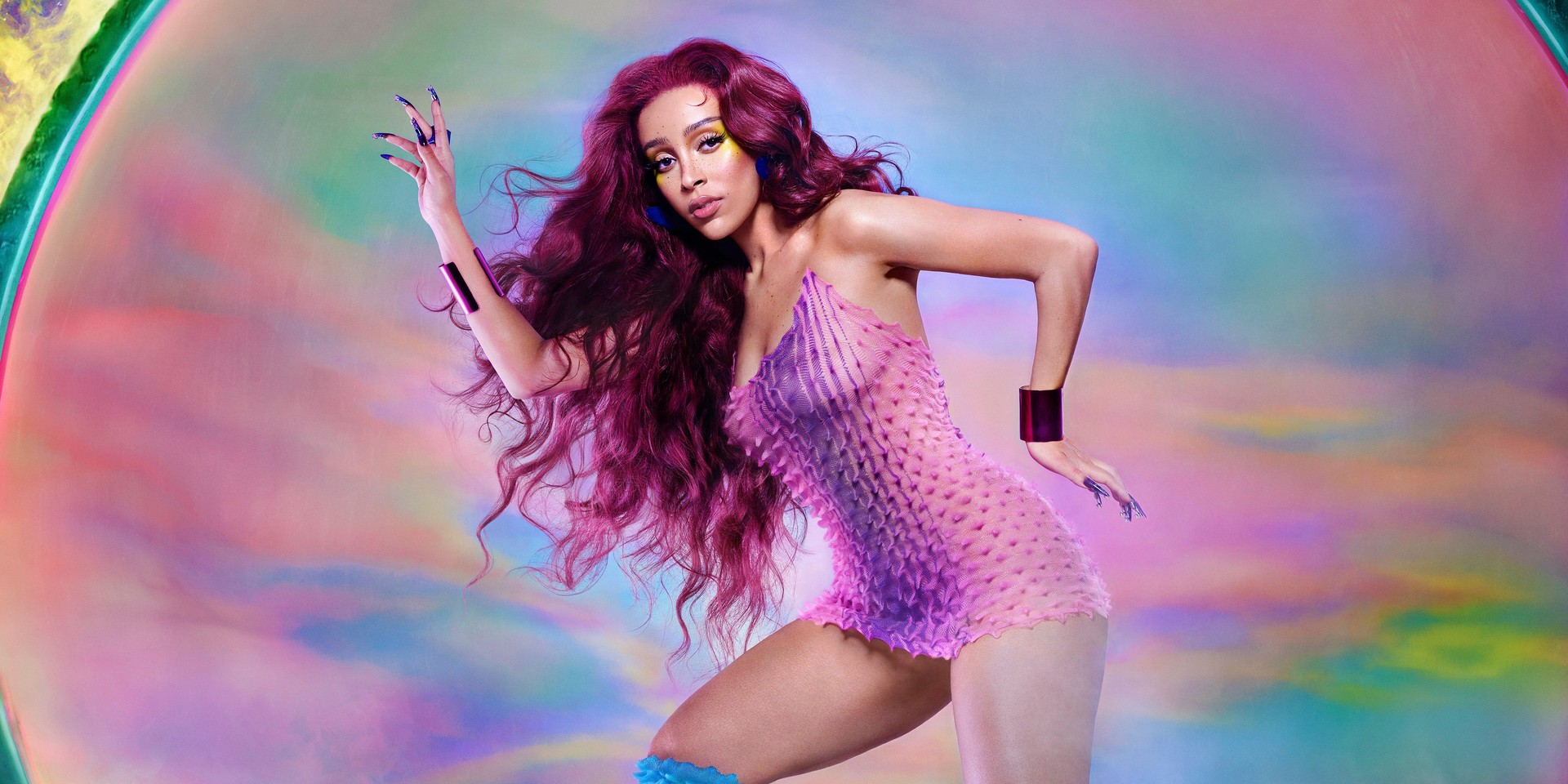 It's Doja Cat's world, and we're all just living in it.

The 'Say So' popstar has just dropped her highly anticipated third album Planet Her, which follows her 2019 breakout LP, Hot Pink. Lead single and TikTok smash hit 'Kiss Me More' with R&B singer SZA first previewed the record when it was released in April.

The second single, 'You Right', features The Weeknd and also arrived with a zodiac-themed visual today (25/6). You can check it out below.

Additionally, Planet Her includes other star-studded collaborations with the likes of Ariana Grande, Young Thug, and JID. Interestingly, electronic musician Grimes also made a cameo appearance in the video for 'Need To Know', which was previously released on 11 June as a standalone track.

Blending femininity with futurism, Doja Cat—whose real name is Amala Ratna Zandile Dlamini—showcases her musical versatility on Planet Her as she deftly switches between singing and rapping on the album. Other highlights on the 14-track project include the snappy R&B anthem 'Ain't Shit' and the dancehall-infused banger 'Naked'.

In an interview with Audacy, Doja explained that Planet Her is a concept album in which the titular planet is "the centre of the universe" where all species of space can co-exist in harmony. The 'Juicy' singer also shared with iHeartRadio that the record is the most visually captivating project she's ever done, and rather than being a political statement, it's just meant to be a fun experience "for the girls".

Listen to Planet Her in full here.