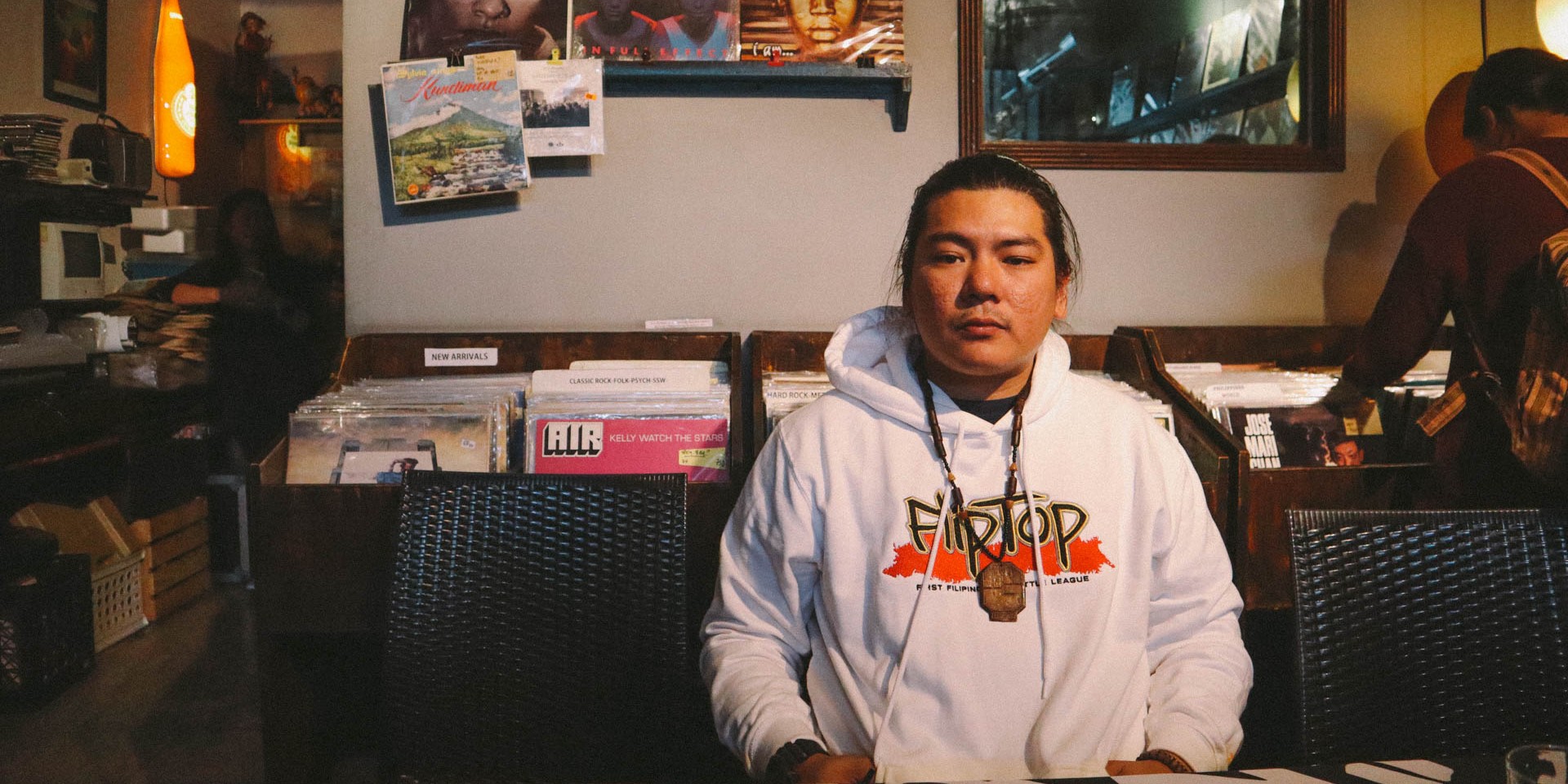 There's no other way to go but up for Alaric Riam Yuson (a.k.a Anygma), the founder and brilliant mastermind behind the FlipTop Battle League.

This weekend, FlipTop will be celebrating its 10th anniversary with its very first hip-hop festival, happening at at Aseana City on February 7-8, 2020 with Bambu, Rocky Rivera, legendary '90s hip-hop outfit Mastaplann, Gloc-9, Shanti Dope, Abra, Ron Henley, BLKD and Calix, and many more.

At the FlipTop Festival press conference in Treskul Records & Cafe, Bandwagon caught up with Anygma to talk about how he curated lineup for the festival, going regional, and his plans after wrapping up the weekend.

Can you tell us about how you curated the lineup for the Fliptop Festival?

First off all, it starts with being well-versed and familiar with many different scenes, so I guess I've been lucky enough to travel the country for our events.

Our events all involve seeking new talent—not in a scouting kind of way, but more for our own enjoyment. Ako, I just wanna hear good music. I wanna hear what else is out there. It starts with that and being familiar with the full spectrum. You get the idea of who's really active, who's really putting in work, who's really deserving—who has been deserving for the longest time.

Shout outs to all who came before me. Everyone that was hip-hop even before I was born. And everyone who really inspired me to go deeper and deeper into this passion of mine.

When you get the sense of the spectrum and variety of talents, you get to understand also who is unsung and who deserves more and more shine. 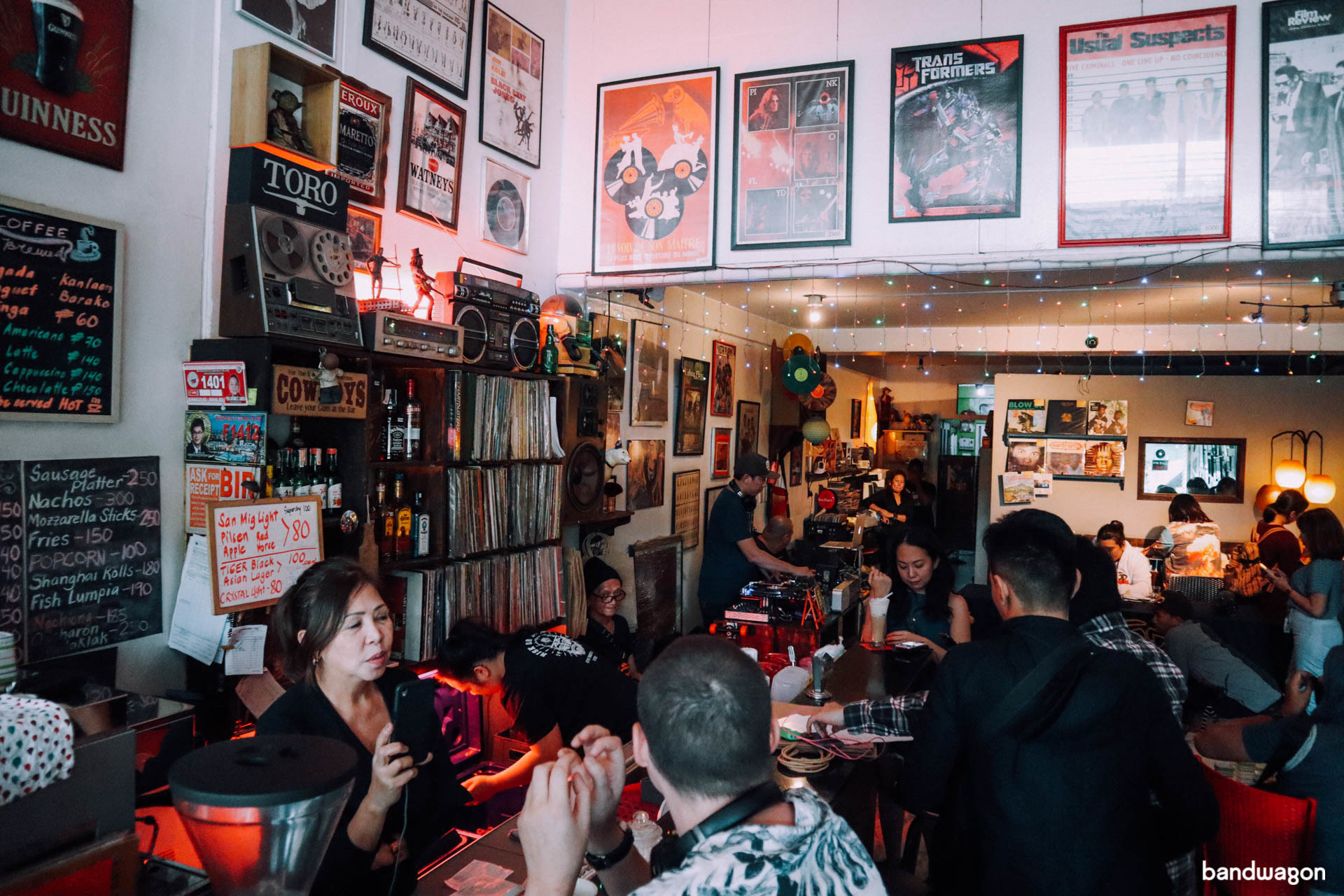 Since you already have a really big audience here in the Philippines, do you have any plans of reaching out regionally?

Not necessarily, but I guess if there are local organizers in other countries, they're always been welcome to try to book us for whatever. Unfortunately they end up booking everyone else or other acts.

Actually a lot of them try to copy what we do and end up flubbing it. Siguro when it comes to musical performances or the Tagalog battles, they'd mostly be limited to Filipino communities in different countries, because I guess most other countries won't really care for Filipino rap. Except for the Japanese. They're one of the few known races to really explore genres in different languages or languages they don't really understand.

If ever it happens one day, then why not? If Americans want to watch us, why not, diba? 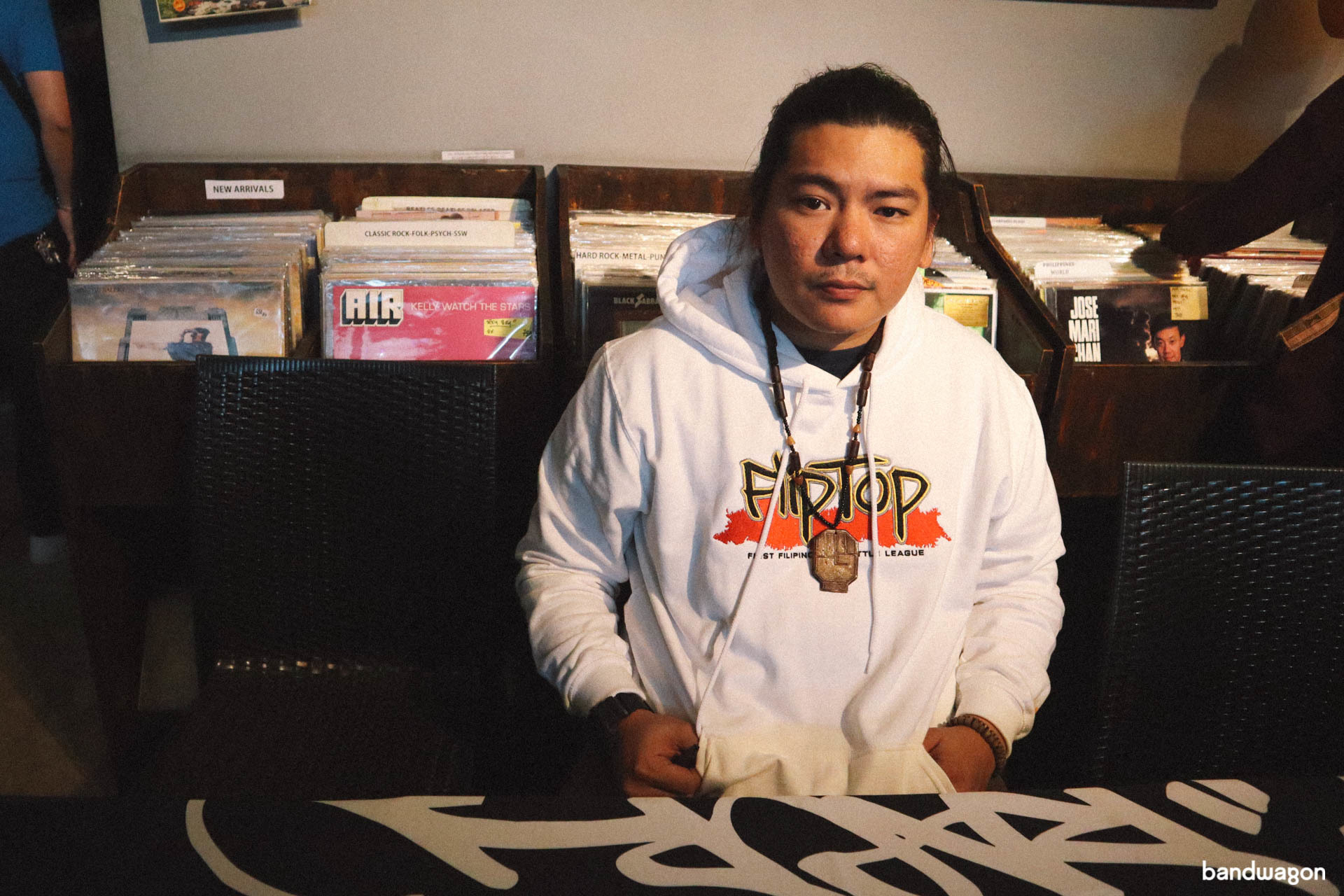 What's the response been like from Filipino communities outside the Philippines?

I'd say it's been really, really good. I'd like to think it inspired them to push themselves as well.

The great thing about Filipino hip-hop—especially the battles—they really help these people with homesickness. It inspires them to push to organize their own events—and they have been! You'd be surprised. Filipino communities all around the world have been putting together shows in Europe, UAE, Australia.

With the whole aspect of representation as an integral part of hip-hop, they get to also represent themselves, their stories, their plights in different countries, and whatever sentiments they formulate being there. 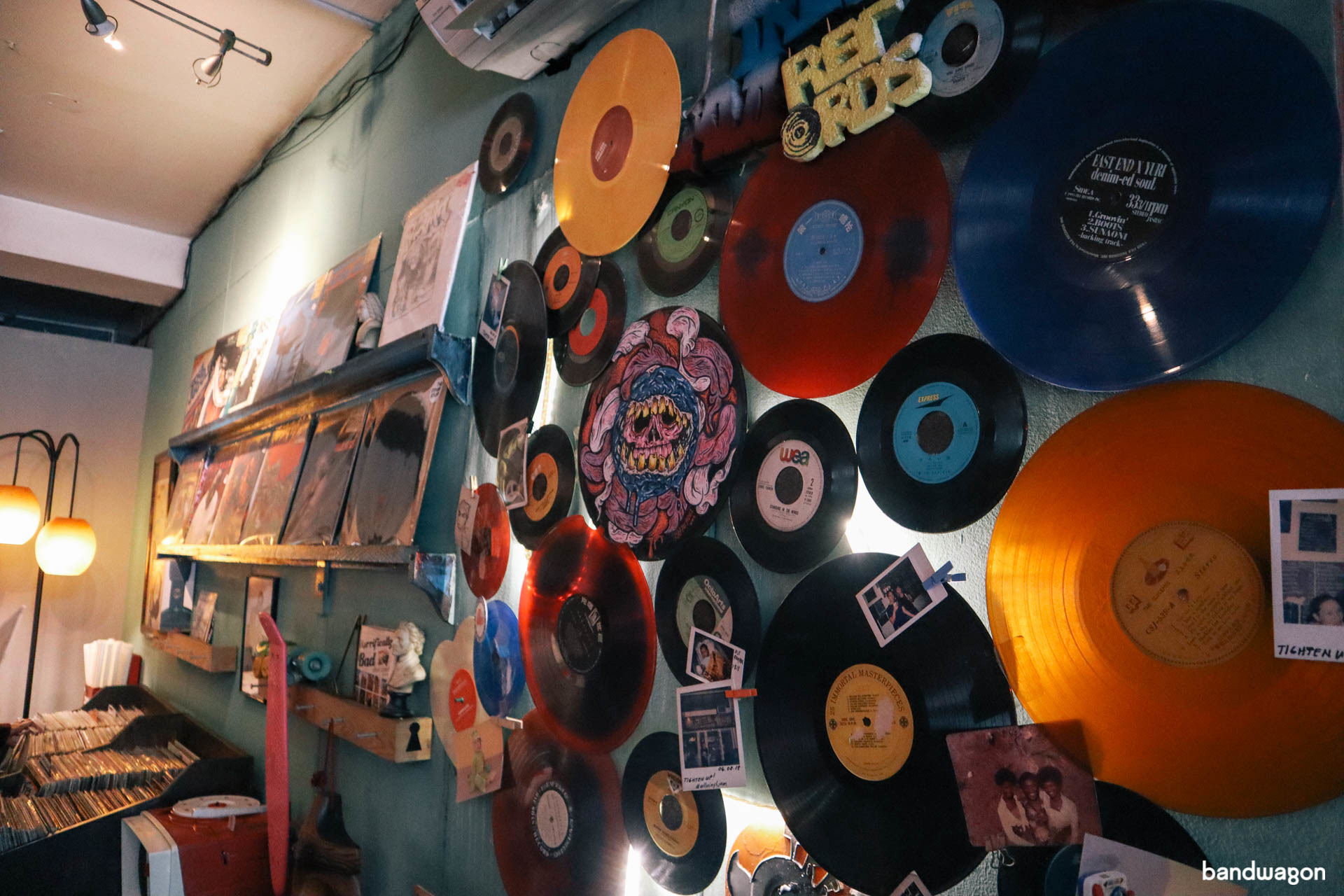 How do you feel about the really big response you got for the festival?

Overwhelmed, of course, and really blessed and thankful for everyone.

You have to understand that I was from the era that nobody cared. If I could be more candid or informal, nobody gave a fuck. In fact, they looked down on us. I carry that with me every day until now. To be able to keep pushing the limits as far as its appreciation, its awareness, its overall technical aspects, and everything—and suddenly outsiders know.

Honestly, one part of me is vindictive. I can't deny that. But other than that, I'm really just overwhelmed. I also used to think I'd never really do anything great with my life. I think it's a very natural and human worry to be of any significance to anybody else.

If people believe in us, then thank you. I never thought it would come to this. Now that we're here there's no other direction to go but upwards. 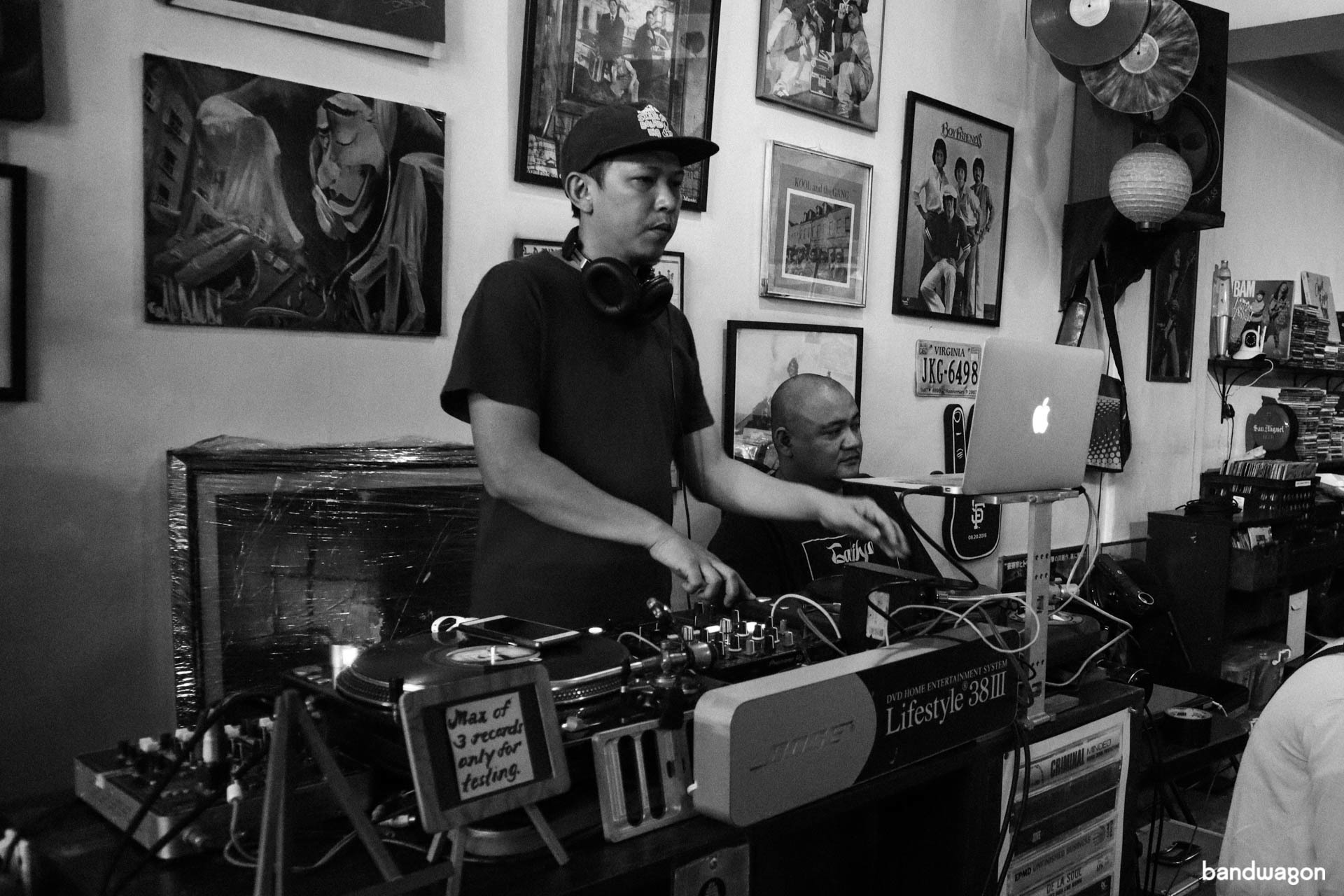 What are your plans after the festival?

To rest (laughs). Honestly, one part of me wants to get it over and done with. Whether it fails or succeeds, if it fails really badly, if I end up being buried in debt, okay na rin eh. I just have to face it.

I actually miss my regular routine and getting back to doing chores. It sounds weird, but it's very therapeutic for me. It's very humanizing. It's something I really enjoy.

Also, to spend quality time with my family, just being able to hang out and sit on the couch and enjoying a series or a movie, as long as I'm with them. I also cook a lot, so being able to cook without worrying I have to hurry up because I have to get back to work.

I miss the battles, too. Planning the battles is second nature to me. I can do it in my sleep. It's that easy, so being able to do something easier is welcome.

I wanna see what's next, what else is in store, who else is gonna surprise people this year, who's gonna come out of nowhere and surprise everyone.