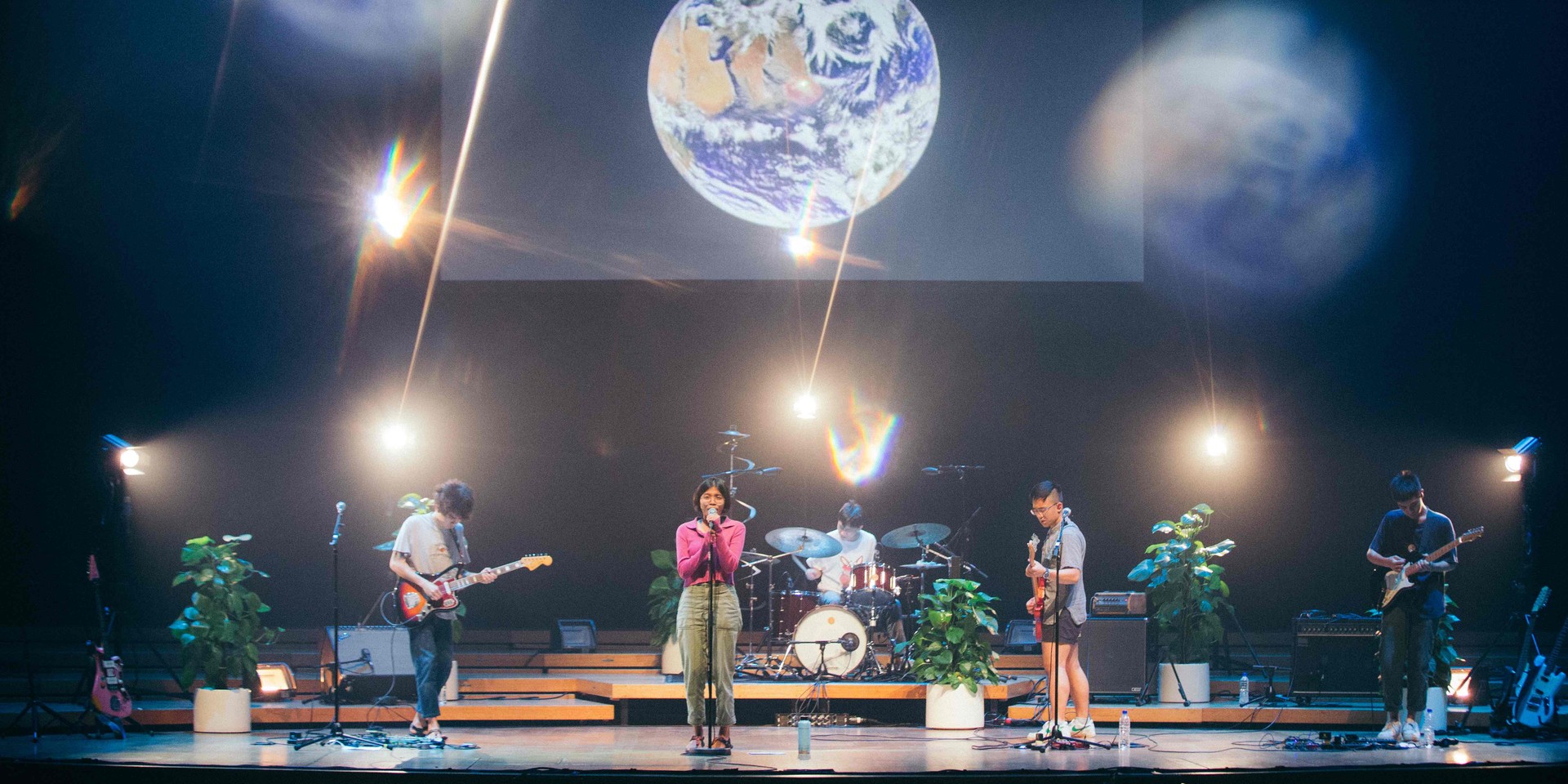 It is 7:25 PM, just five more minutes until Singaporean indie rock band Subsonic Eye take the stage for their A Field Guide to the Nature of Things concert at the Esplanade Concert Hall.

Concert-goers are still trickling in from the various entrances but there aren't enough of them to fill up the empty rows and seats in the venue which can usually hold close to 2,000 people. It's a rather strange sight, considering that this is a sold-out concert, but it is becoming an increasingly common one for socially-distanced live shows held in the new normal.

Shortly after a pre-recorded announcement reminding those in attendance to remain in their designated seats and keep their masks on at all times plays through the speakers, the lights are dimmed and everyone waits for the band to make their entrance with eager anticipation.

Then a recognisable figure appears on stage. It is Daniel Castro Borces, the band's guitarist. His arrival draws cheers from the crowd, which he acknowledges with a wave. He picks up his guitar, runs a quick final check, and moves into position on stage. Soon after, he is joined by Nur Wahidah (vocals), Spencer Tan (bass), Jared Lim (guitar) and Lucas Tee (drums). 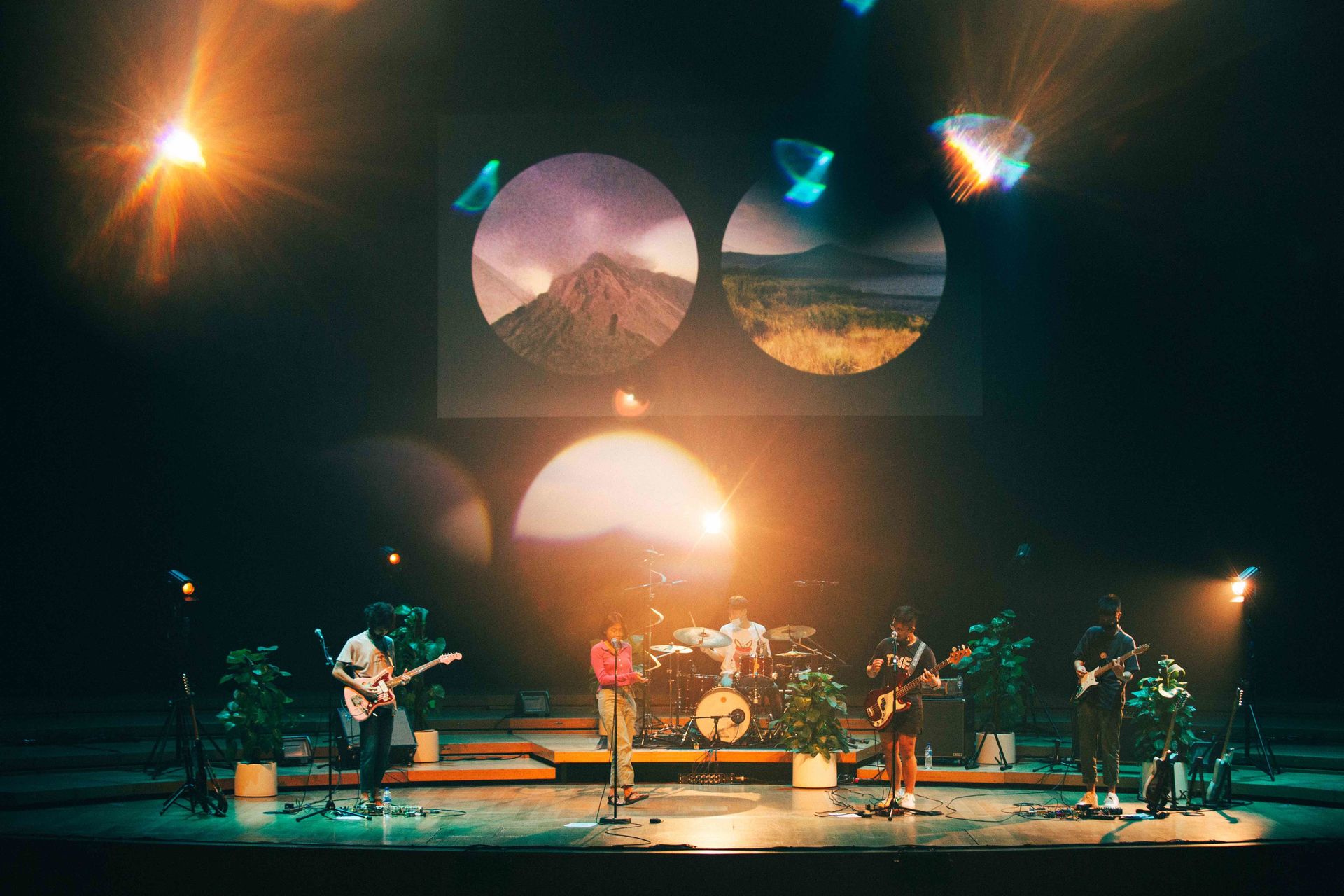 The first song for the night is 'Consumer Blues', the opening track from the quintet's latest album, Nature of Things — which was conceived during one of the group's hiking sessions. It is a brief but calming number that transports everyone to a lush, sun-soaked paradise which will serve as the setting for the rest of the concert.

When the song is over, it is no longer the Esplanade Concert Hall that we are in, but an escapist realm of Subsonic Eye's making. 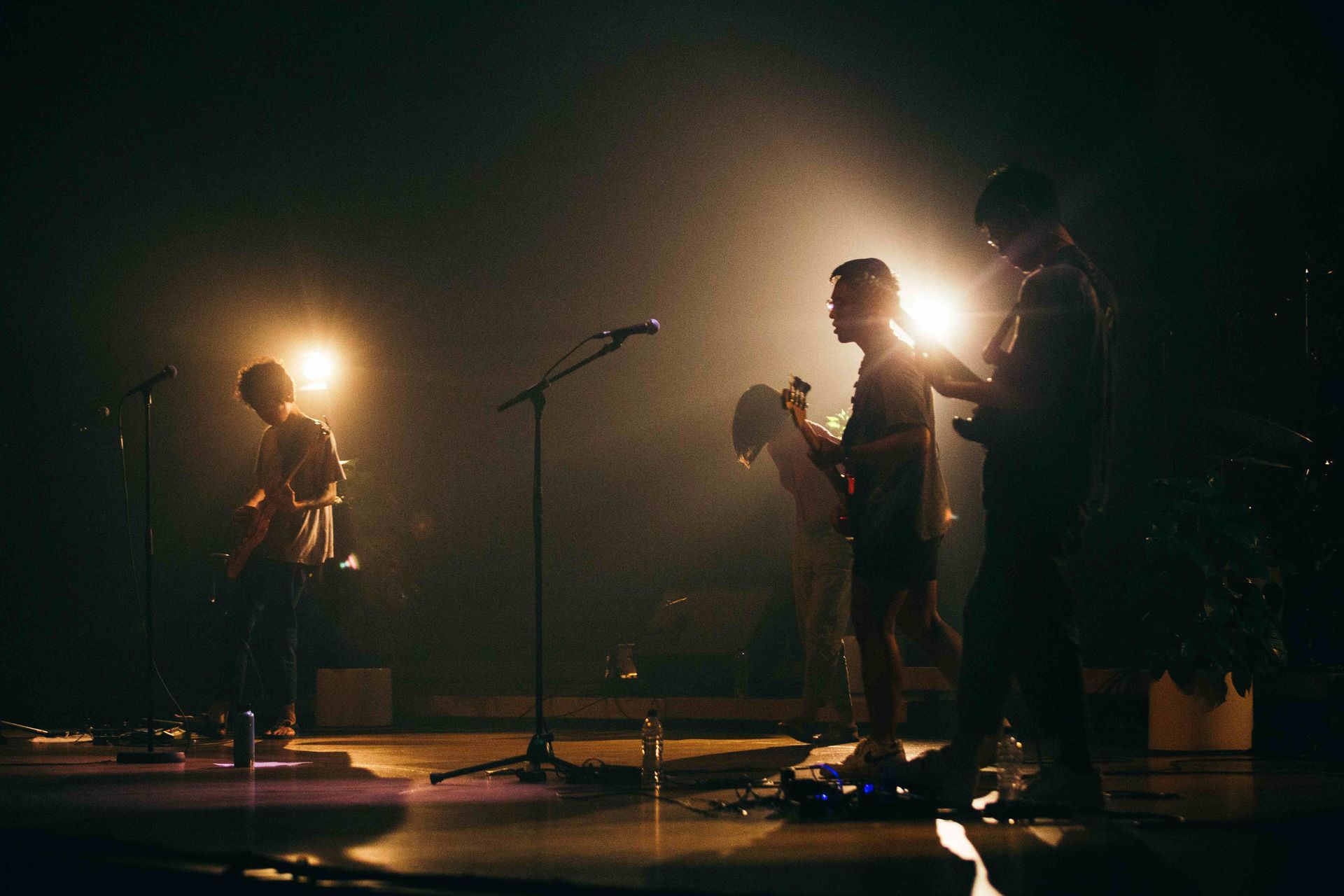 The songs that follow are a mix of beloved ones from the group's earlier albums — 'Summer Child' and 'I Think I've Entered The Void' — and popular ones from their latest album — 'Cabin Fever' and 'Animinimism', each live rendition better than the last.

A quick look around shows that the band's infectious energy has rubbed off on everyone in the concert hall, including the photographers, who are grooving along to the music while snapping away on their cameras. Those in the audience, despite not being able to stand and dance along, are also completely immersed in the performance, as evident from the bobbing of their heads and the waving of their hands. 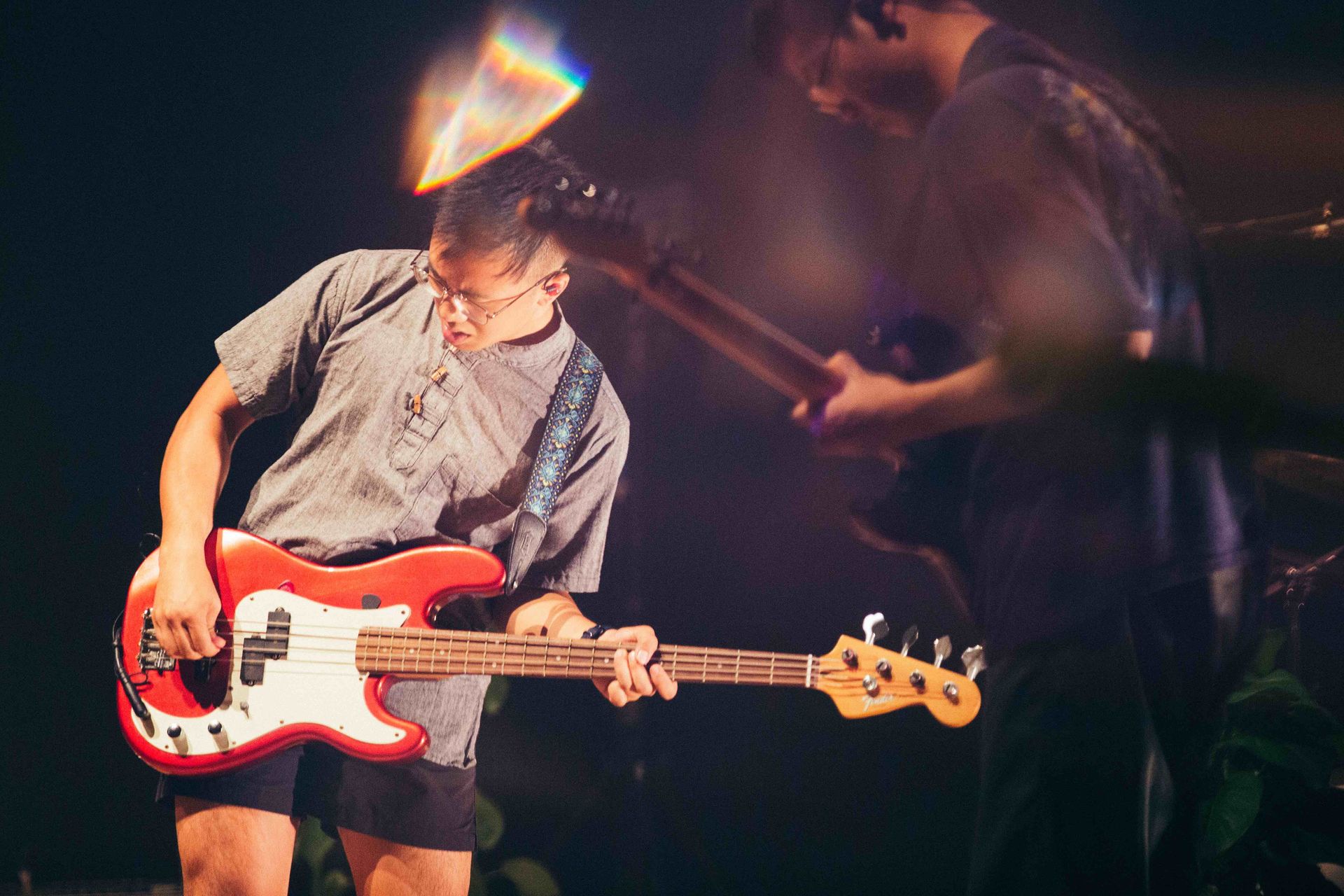 Then without so much as a warning, Subsonic Eye unleash the fan-favourite number, 'Fruitcake', on those in attendance. The live performance of the song is bursting with energy and is arguably even better than the already addictive studio version.

While watching the group perform 'Fruitcake', it also becomes clear why they are loved by so many. The fact that they are just five friends who enjoy making music and sharing it with the world makes them irresistibly charming and enjoyable to watch. 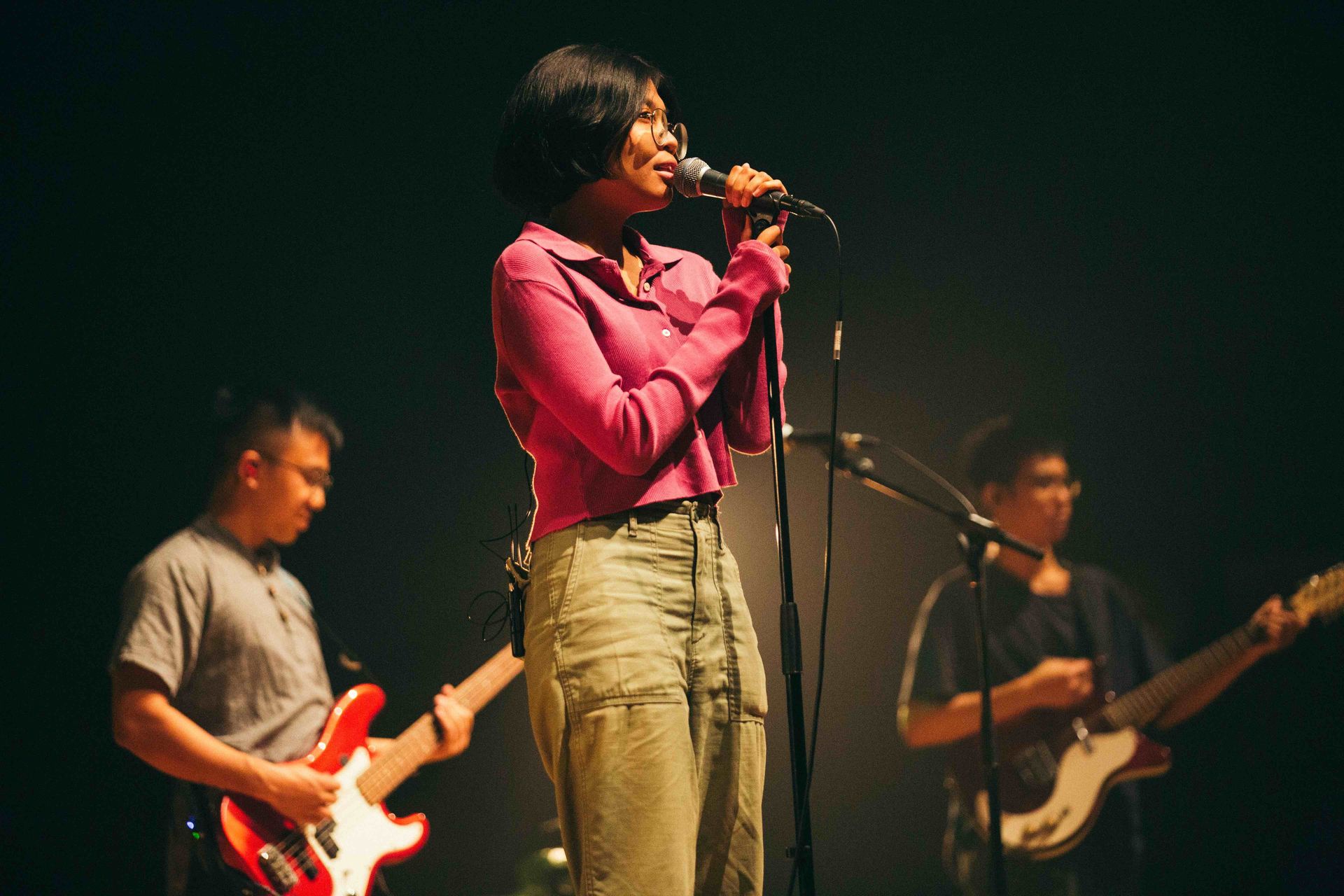 This rings especially true for 'Kaka The Cat'. Named after Daniel's real-life pet, this quirky number features the guitarist's vocals.

After putting on a pair of sunglasses and jokingly telling the crowd that he's not a good singer, Daniel bursts into song with frontwoman Wahidah. Pictures of Kaka are flashed on the screen as the duo sing about not knowing what to do with the sick cat, much to the concern of everyone in the audience. 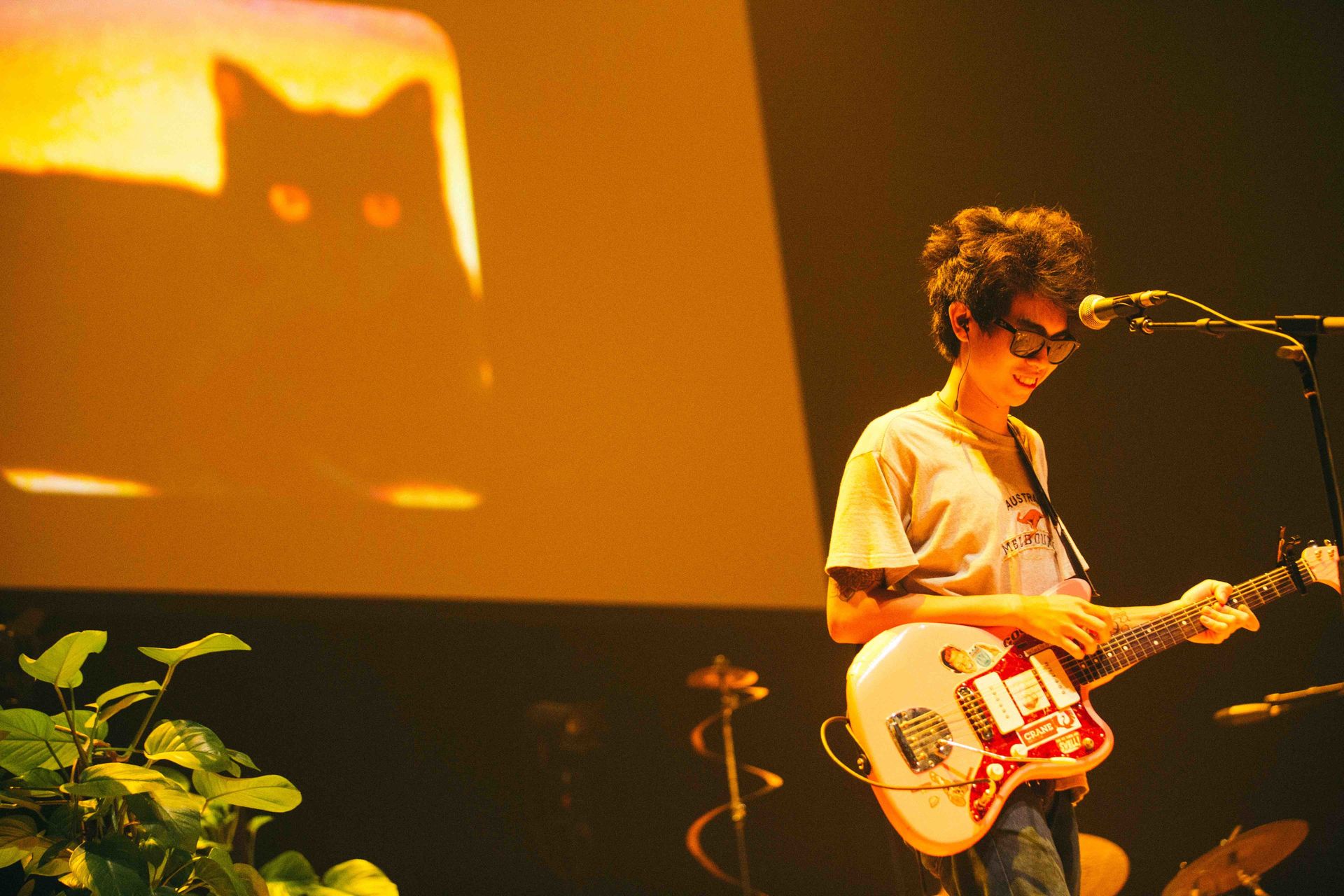 "Oh Kaka is alive," Daniel says after concluding the song, drawing laughter from the crowd.

Such an unabashed approach towards writing and performing songs is what sets Subsonic Eye apart from other bands and makes them such a huge delight to watch.

After playing one more track from Nature of Things, 'Unearth', the group prepare to call it a day, but they are stopped by the crowd who have begun to chant "one more song".

It may seem like a routine encore call but in this case, it shows that the audience just cannot get enough of Subsonic Eye.

At their fans' request, Wahidah, Daniel, Spencer, Jared and Lucas return for their final song of the night — their 2017 hit, 'Cosmic Realignment'. Although it only extends the audience's stay in Subsonic Eye's beautiful realm for four minutes, it concludes the show on a high and leaves those in attendance looking forward to the next Subsonic Eye concert.