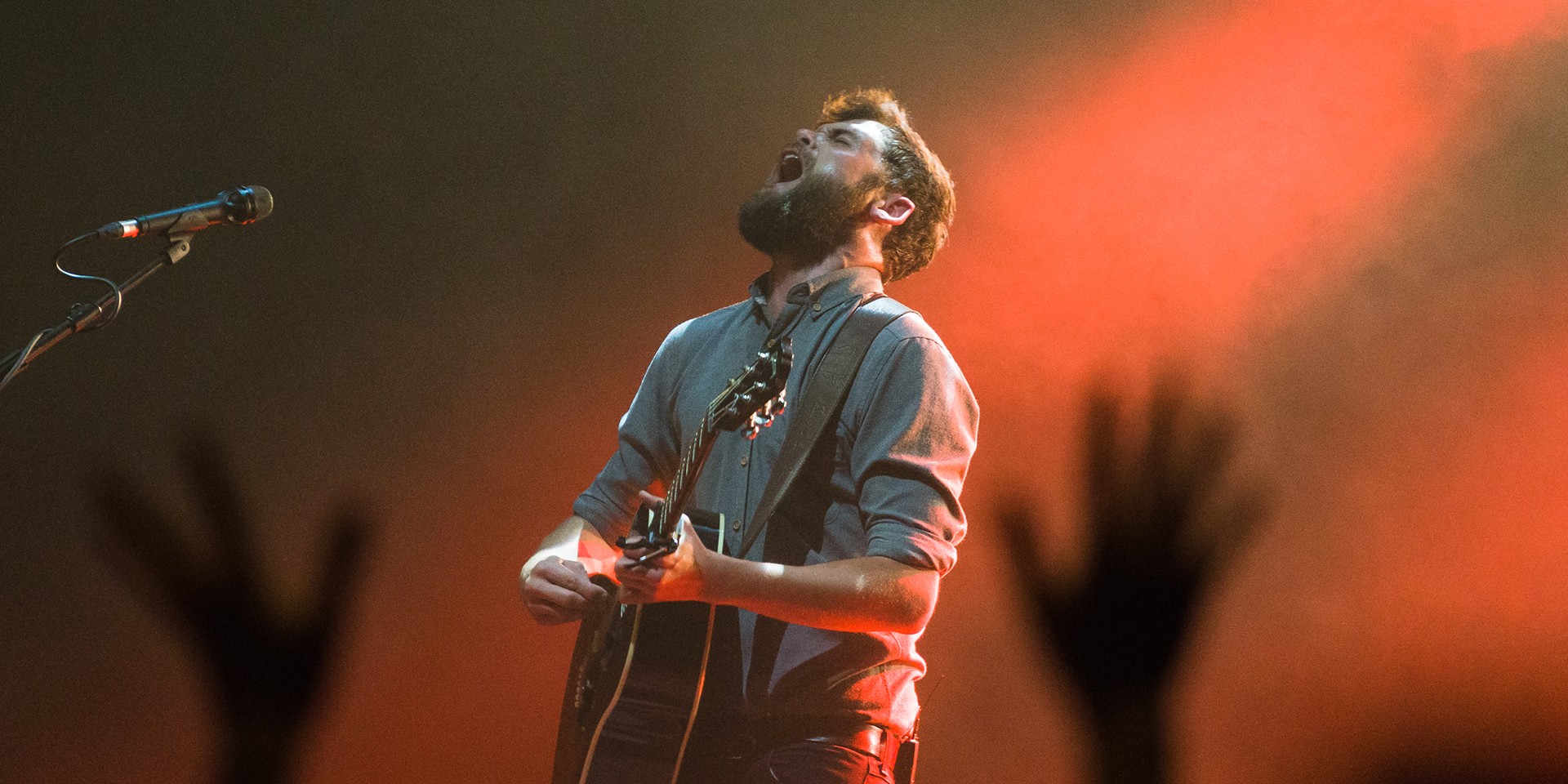 It’s hard enough to evade the doom of one-hit wonders but add in the pressure of entertaining an arena with just an acoustic set and you’ve set yourself up for a ride (ha).

Last night, Mike Rosenberg — or Passenger, as we know him — pulled all that off and more at his first ever show on our soil. The Brighton-based troubadour made a salient entrance, equipped with only his guitar, raspy vocals and his world-weary stories.

Almost immediately, he launched into 'Fairytales and Firesides', kicking off the evening’s set with the captivating number, pausing only to chuckle through the song’s expletives. No frills, no bells, no whistles. 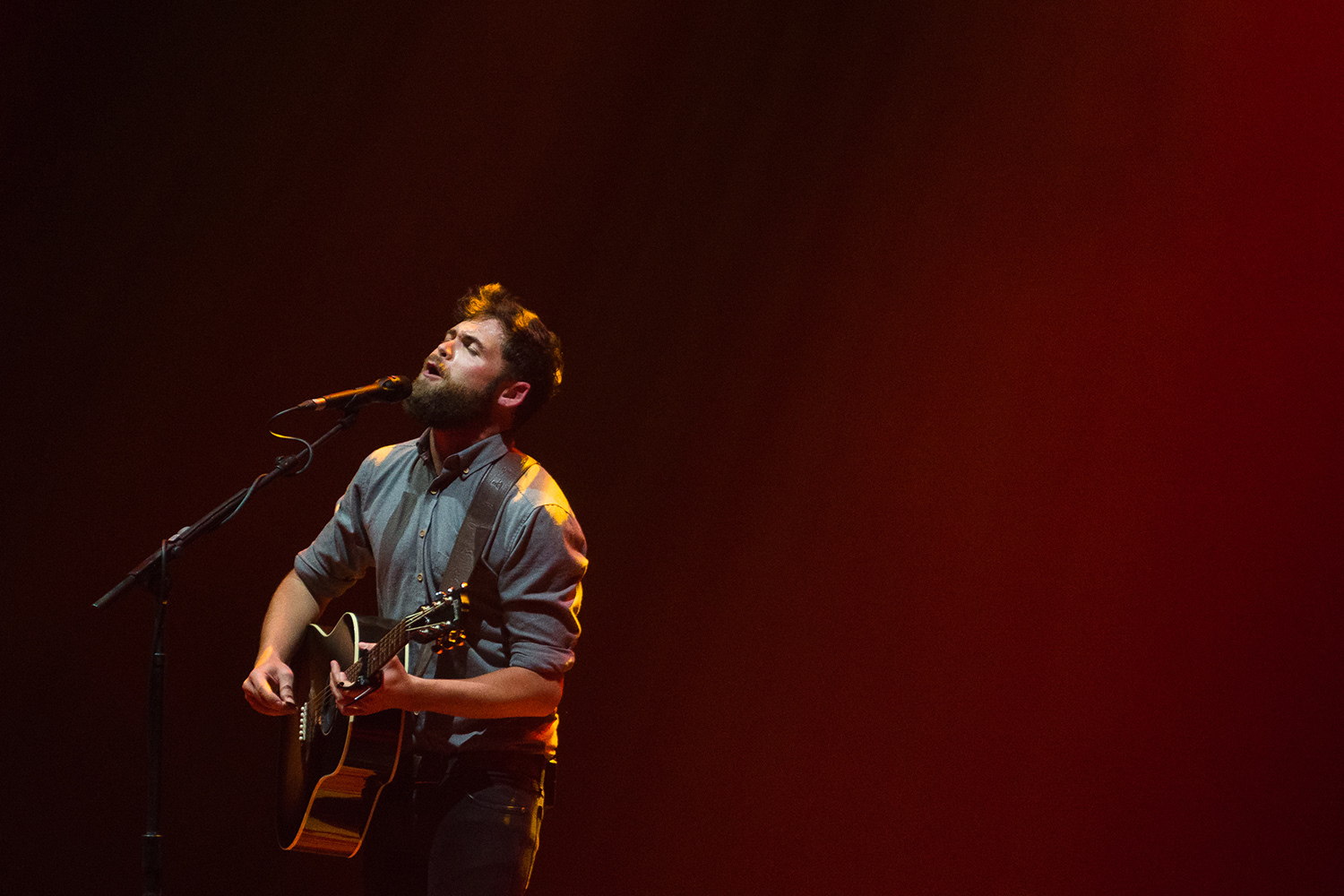 Immediately after, the elephant in the room was addressed: “I really only have one famous song”, Rosenberg quipped about his once-ubiquitous hit. “Some people came down expecting to hear the Frozen soundtrack and it ain’t gonna happen.”

Detached nonchalance in his chart-topper aside, the concert was extremely intimate — if anything, it resembled more a conversation between a worldly traveler and his attentive audience. The emotional experience didn’t come without warning, though; “that first song is a sign that this isn’t going to be the happiest time of your life”, cautioned the singer before delving into the poignant 'I See Love'.

Rosenberg played numbers spanning from old albums like the wistful 'I See Love' and 'Setting Suns', to the recently released 'Young As The Morning Old As The Sea'. Highlights of the evening included the punchy '27', where he weaved in his frustrations about the music industry, and 'I Hate', an invitation to the crowd to denounce racism, dirty toilets and being called “m8”. 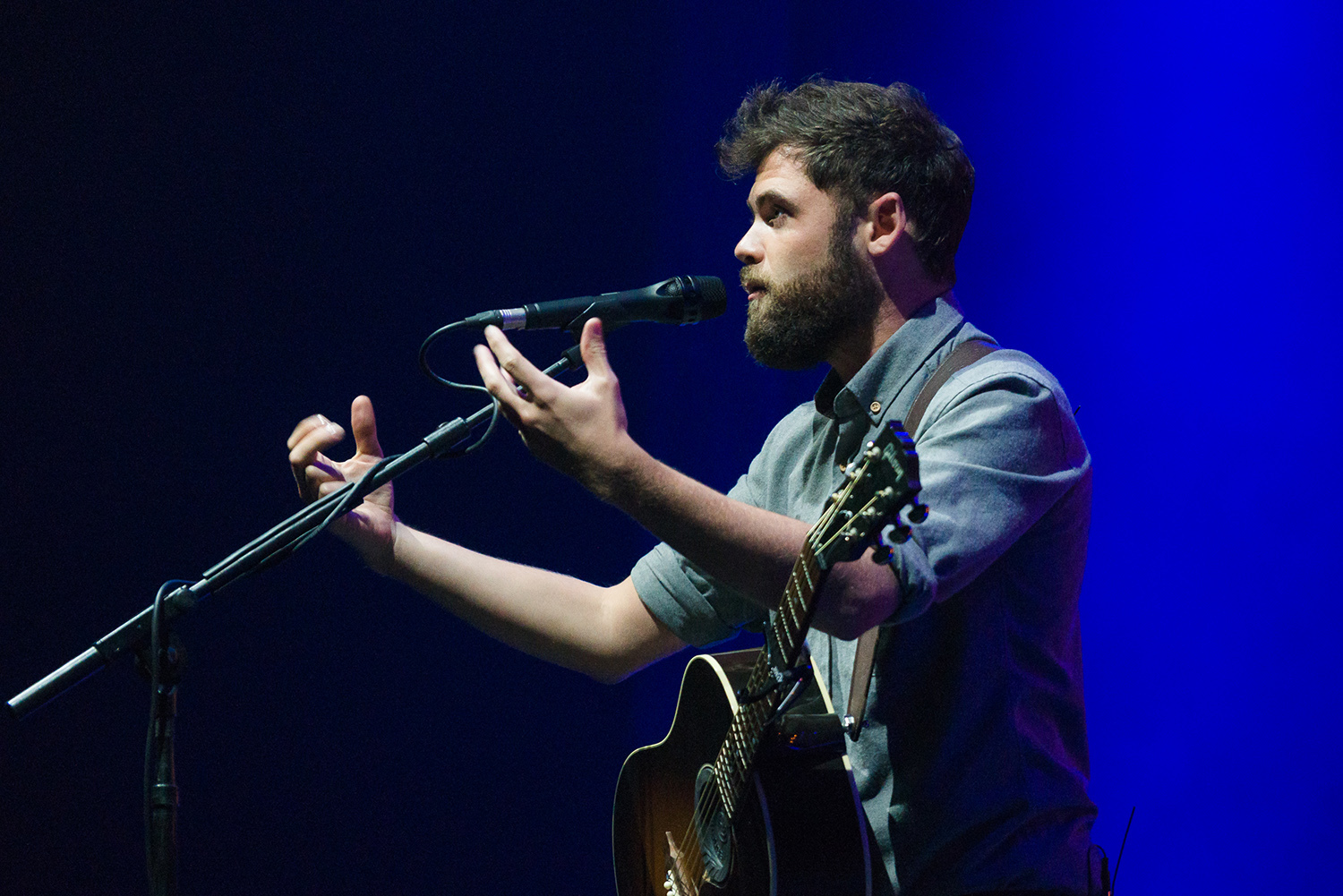 'Let Her Go' had to come on but interestingly, the audience fed off his indifference about his chart-topper and after the initial excitement during the starting riffs died down, the response wasn’t as standout as one would expect.

Another show-stopper was 'Travelling Alone' — part of which entailed Rosenberg’s stirring recount of his encounter with an elderly man visiting Denmark alone, a trip he was meant to take with his wife before she passed on. The tale was met with a ringing silence, with only the spotlights and his poignant voice cutting through.

Oh, and of course, the rustling of tissue packets; he did warn us, after all. 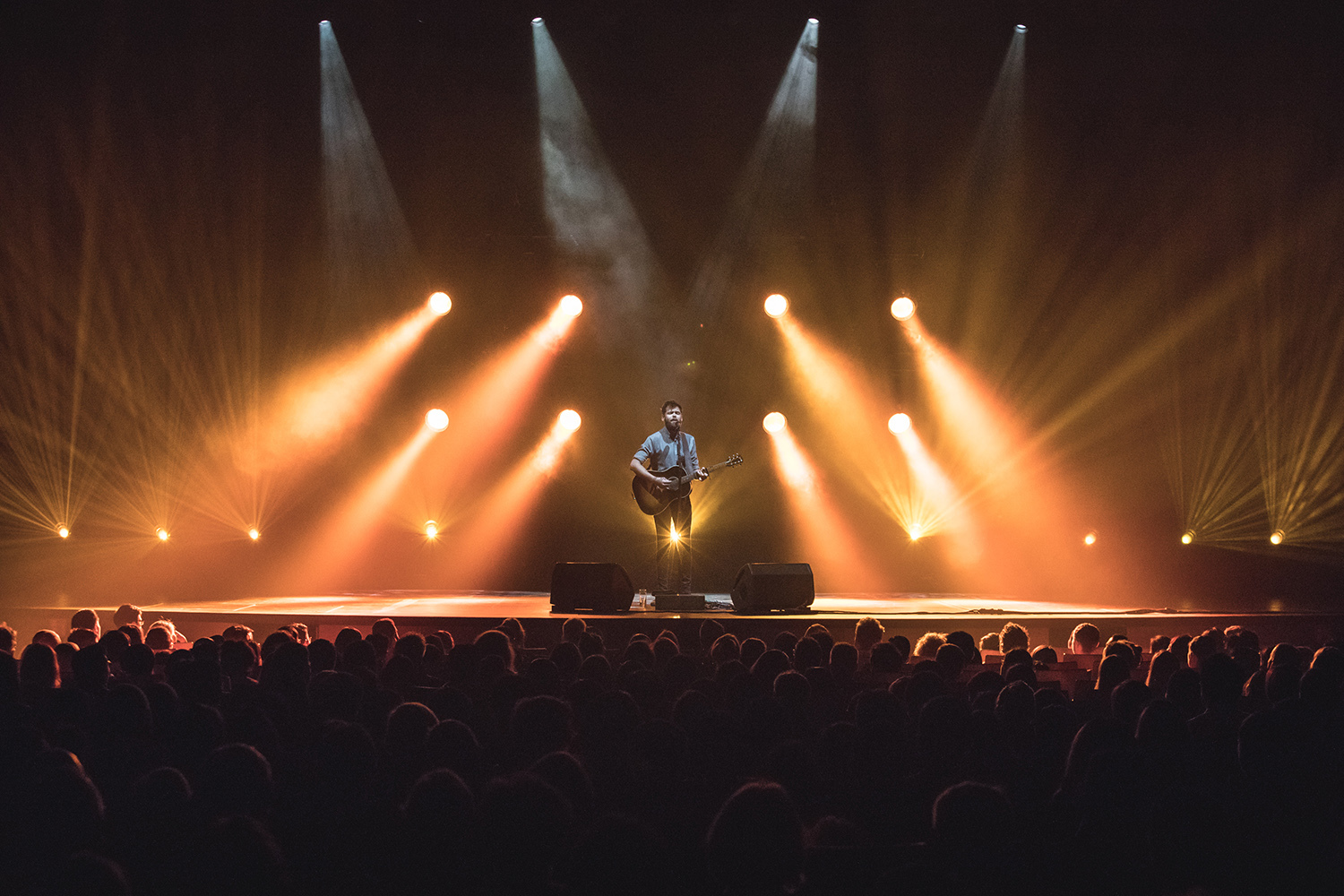 The reverential hush from the audience that night only served to bring this to fore: that Rosenberg is one heck of a live performer. Simple but not to be mistaken for a lack of fervor, his trademark raspy vocals set the stage for his rueful tracks.

Backed up only with his guitar – deliberate finger-picking at times and fervent strumming at others — and aptly timed lighting cues, the simple staging laid Rosenberg’s talent on full display.

What he lacked in intense stage lighting, or even an elaborate stage setup, he made up with his thoughtful lyrics that packed as much of a punch as any fully equipped band could — continuing the bold solo tradition at The Star Theatre set forth by Ed Sheeran and Damien Rice. 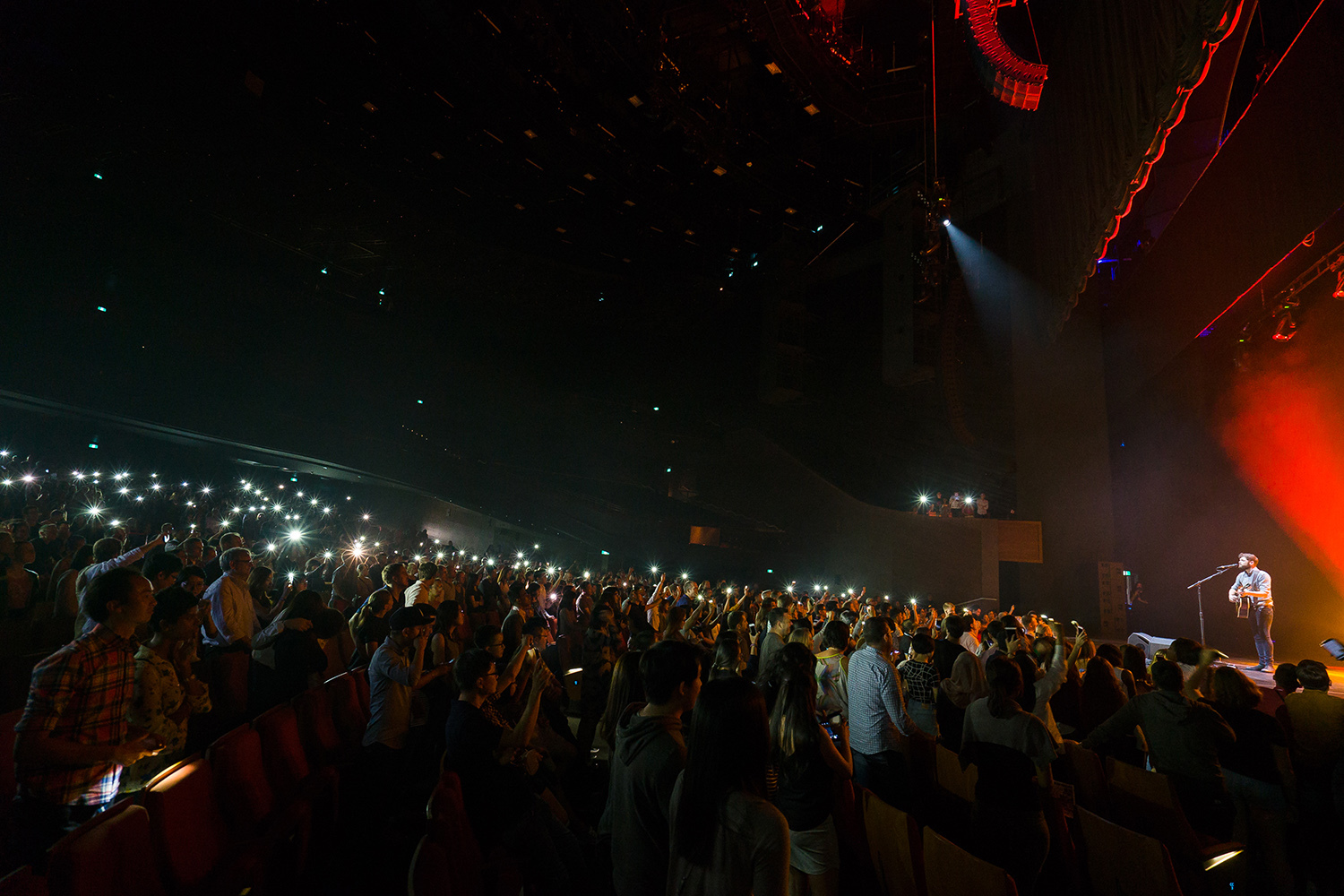 Any doubt about his knack to enthrall the masses ebbed away when the crowd started echoing the melody from 'Scare Away the Dark' to egg the abashed singer back onstage for an encore.

Ending off the night with a soaring rendition of Springsteen’s 'Dancing in the Dark' and his own 'Home', the show proved that Rosenberg brings more to the journey than hits like 'Let Her Go'; his lyrics, wit, and delivery all coexist perfectly as a bonafide performer, and one who will continue to strive past radio singles. 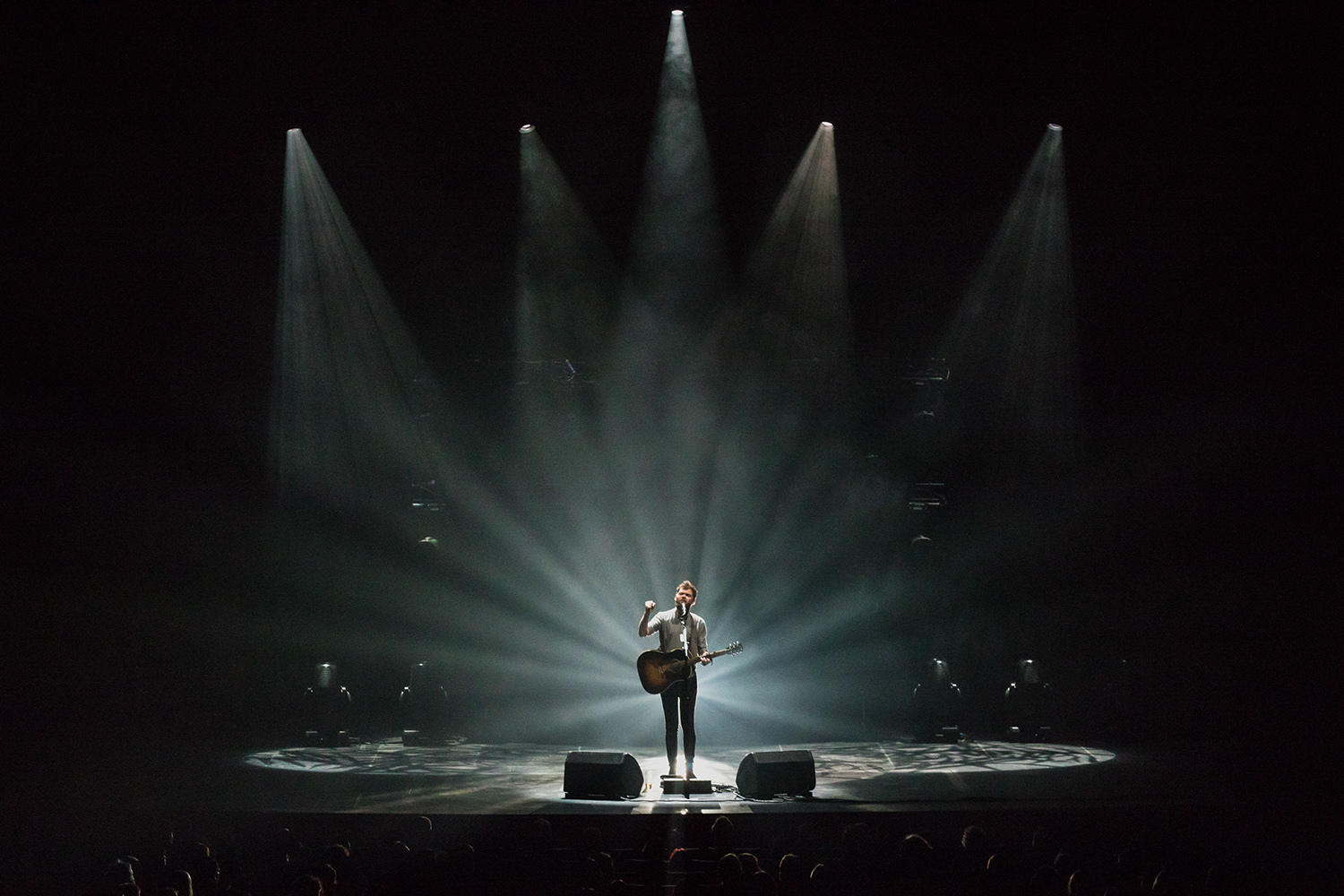